Skip to content
UniEnergy Technologies » AGM vs. STD Battery: Which Is Better? 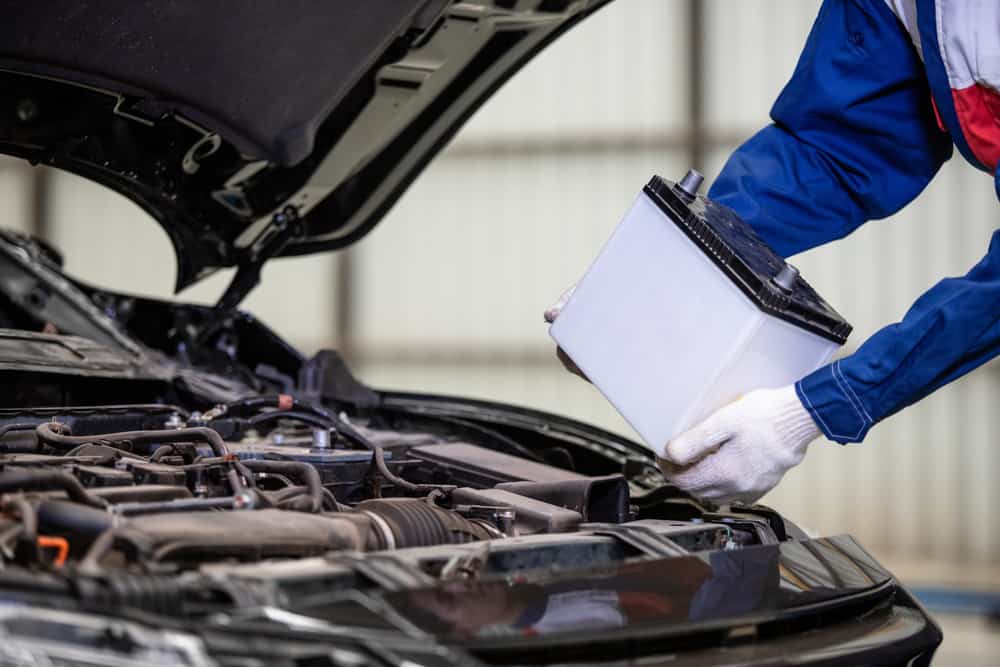 There’s a lot of confusion around AGM and standard batteries. They are both deep-cycle batteries, share the same chemistry, and look vaguely similar.

In this post, we’ll clear up the differences between the two types of batteries so you can make an informed decision about which is right for you.

AGM batteries are more expensive than standard batteries, but they offer some key benefits that may make them worth the investment. Keep reading to learn more!

There are many different types of batteries on the market, each designed for a specific purpose. AGM batteries, short for “absorbed glass mat,” are typically used in applications where there is a high level of shaking vibration resistance.

They are called absorbed glass mat batteries because they have fiberglass mats that cushion the lead plates and trap the acid within.

They are sealed and should have a label on the top of the battery that says maintenance-free since you don’t have to add water to maintain them. These batteries are sometimes confused with gel batteries, but gel batteries are completely different from AGM batteries.

AGM batteries were introduced in 1985 and are widely considered to be a superior choice for your vehicle. These batteries are known for their high efficiency, long lifespan, and resistance to temperature changes and other types of wear and tear.

One key feature that sets them apart from the standard battery is that it has a valve that regulates the amount of hydrogen and oxygen gas that escapes during the charging process. This allows more power to be stored in less space without harming the battery cells. Whether you’re looking for performance or durability, AGM batteries can help ensure that your vehicle keeps running smoothly for years to come.

The lead acid battery works when you turn on your car’s lights or starter.

This starts the process called an ion exchange, where negatively charged sulfates move towards positive hydrogen ions in order to give up their own charge. So they can combine with active material found at plates inside cells, which are responsible for storing energy from electrical currents.

While lead-acid batteries can be found in a range of applications, they are usually only found in cars. The standard lead acid battery has a long and fascinating history dating back to 1859.

At the time, an inventor named Plante was investigating ways of enhancing electric current generation. Then he discovered that certain compounds had a chemical reaction and would hold an electric charge more efficiently than others.

After much experimentation, Plante settled on a compound of an electrolyte solution as the best material for creating the battery. This discovery led to the development of the lead acid battery, which has gone on to become one of the most widely used types of rechargeable batteries. 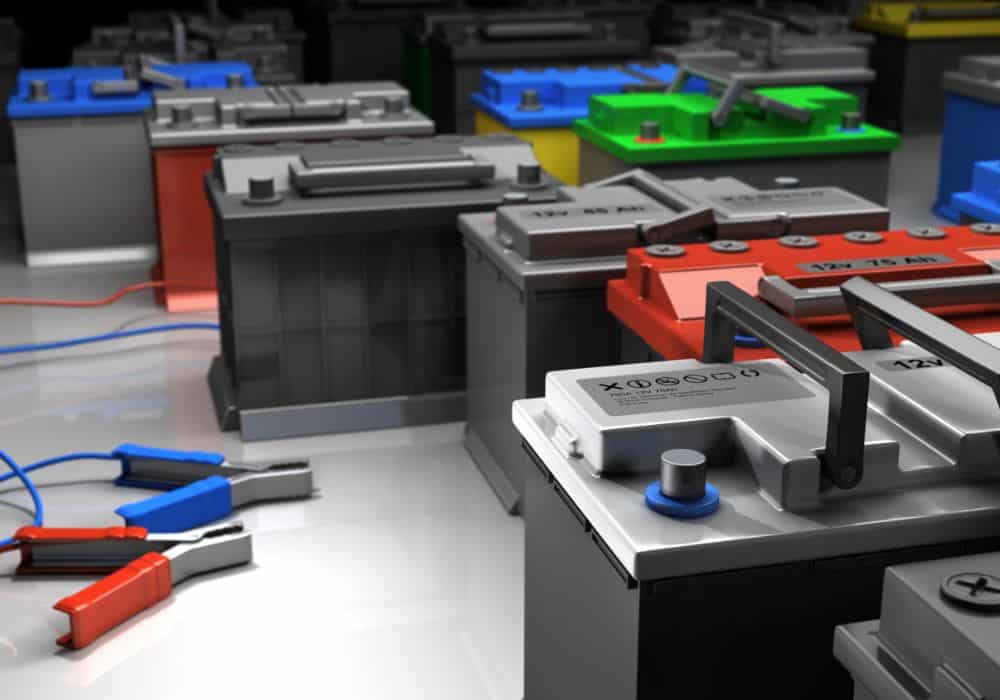 There is a significant price difference between standard lead acid batteries and AGM batteries. AGM batteries are generally more expensive due to their superior performance and extended service life.

These batteries have several advantages over traditional lead acid batteries that make them well worth the higher price. For example, they are much less prone to sulfation, a common cause of battery failure over time.

In addition, they are able to charge much more quickly than conventional lead acid batteries, which makes them ideal for use in high-demand applications like electric vehicles or heavy-duty power systems.

Ultimately, the added cost of an AGM battery may be well worth it, given its increased performance and durability in key applications.

They can also handle changes in temperature and humidity more effectively, which makes them much more durable in a variety of environments.

On the other hand, one of the most common challenges faced by flooded batteries is pressure from heavy vibrations and forceful movements. These effects can cause damage to the battery plates and create conditions that encourage corrosion and leakage.

In order to protect the battery from these damaging forces, it is important to mount it securely on a stable platform. Eventually, if you need a battery that will last for years without needing replacement or maintenance, then an AGM battery is likely your best option. 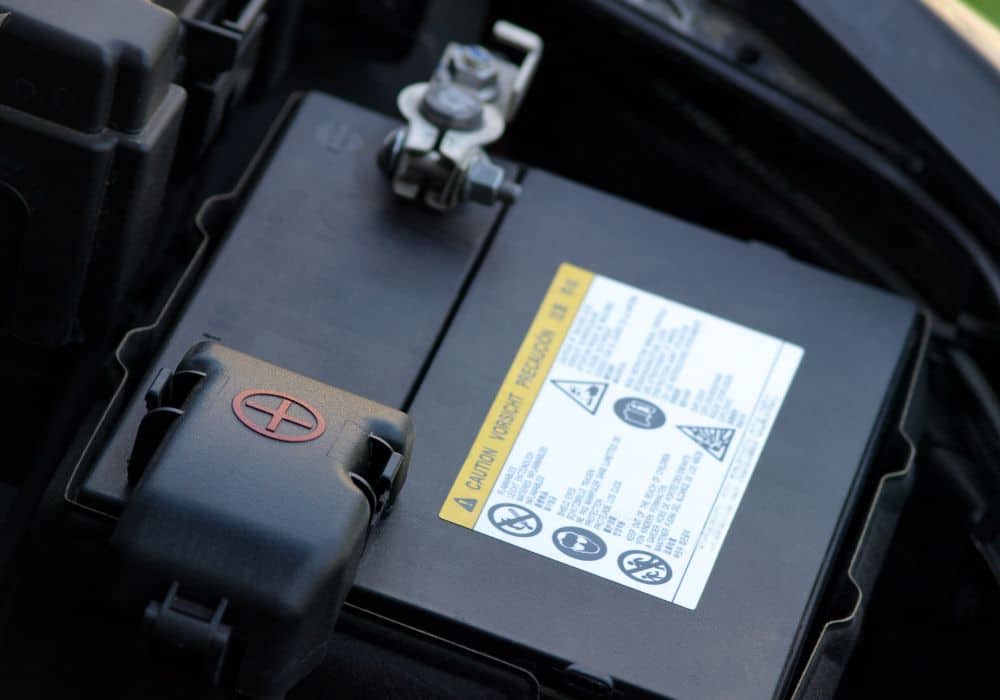 AGM batteries are typically easier to maintain than regular lead acid ones. Since they do not contain any liquid electrolytes, they are essentially maintenance-free and free from issues like corrosion or leakage.

In contrast, the lead acid battery requires frequent water top-offs with distilled or deionized water. This can prove to be a hassle at times when you are going on a long trip and forget to top off your battery.

When it comes to your car battery, nothing beats the reliability and convenience of an AGM battery. Unlike traditional lead acid batteries, these sealed units don’t have to remain upright because they are spill-proof and much easier to use as well as transport.

This versatility makes AGM batteries a smart choice for anyone who needs a reliable energy storage solution for vehicles with a lot of movement.

On the opposite end of the spectrum, lead acid batteries have a removable top making them susceptible to spillage that could lead to corrosion and damage to their surrounding counterparts.

When it comes to choosing between AGM and standard lead acid batteries, one of the main factors to consider is how quickly each type of battery can be charged. Interestingly, AGM batteries tend to charge faster than their standard counterparts due to their low internal resistance.

This lower internal resistance means that AGM batteries are able to absorb more energy from a charger each second, which translates into a faster-charging speed overall.

You can use a standard battery charger for both the AGM battery and the standard lead acid battery, so that shouldn’t be an issue you would run into. 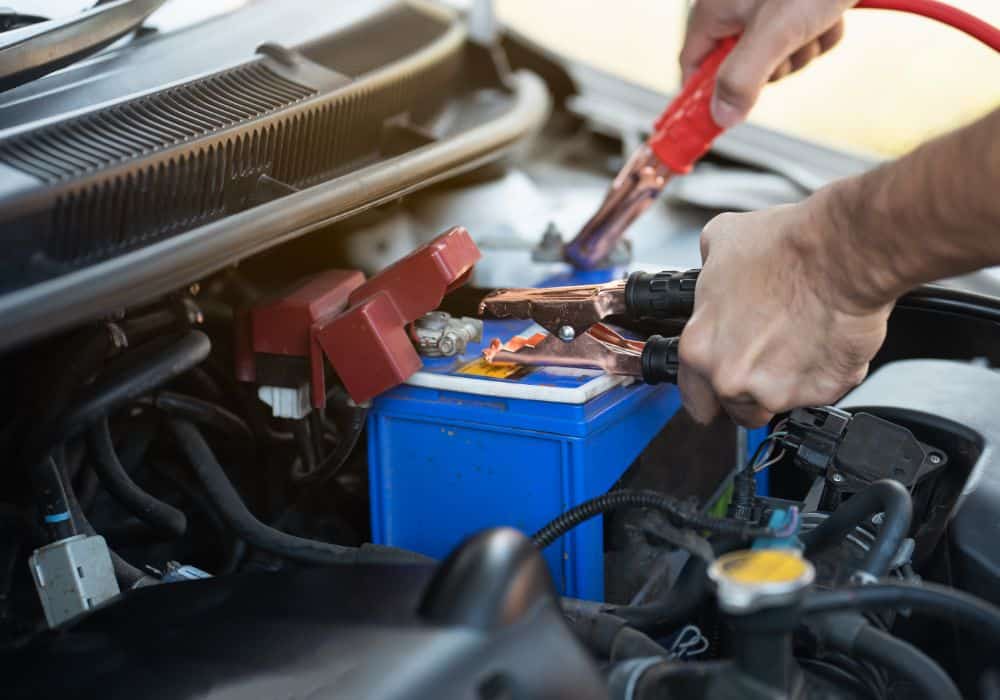 AGM and lead acid batteries have a wide variety of applications, ranging from automotive use to power generation.

These batteries are ideal for use in harsh or high-temperature environments, as they are highly resistant to corrosion and can withstand extreme temperatures without losing their performance.

AGM batteries are often used in military aircraft, motorcycles, golf carts, and other vehicles that require heavy-duty power. They are opposed to lead-acid batteries that are mainly used in cars and vehicles that stay upright most of the time.

Overall, AGM and lead acid batteries play an important role in a wide range of applications across various industries because of their durability.

When considering the difference between AGM and standard lead acid batteries, the main point of comparison is the depth of discharge.

While both types of battery are capable of supplying power for a wide range of applications, AGM batteries tend to have a much lower rate of discharge than the standard battery, meaning that they can provide power for longer periods without needing to be recharged.

Ultimately, this means that when comparing the two types of battery, it is clear that AGM batteries are superior in terms of overall performance and longevity. So if you need a battery that can supply consistent power over long periods, an AGM battery is the right choice for you.

Which one is better?

Overall, AGM batteries are an excellent choice for a starter battery that requires robust and reliable power. Their superior design gives AGM batteries a number of advantages, including increased resilience in extreme temperatures, greater safety due to the lack of harmful liquids, and better charging capabilities.

However, when it comes to choosing between AGM vs. standard lead acid batteries, the choice will depend on your specific needs as well as the pros and cons of each type, given your application environment.

So, there you have it. We’ve compared the two types of batteries and found that overall, the AGM battery is better. If you’re looking for a new battery for your vehicle, we highly recommend going with an AGM battery.

However, whether you choose an AGM or a lead acid battery will likely depend on your specific needs and preferences – both types of batteries have their own unique advantages and disadvantages.

Did you find this article helpful? Let us know in the comments below. Thanks for reading!