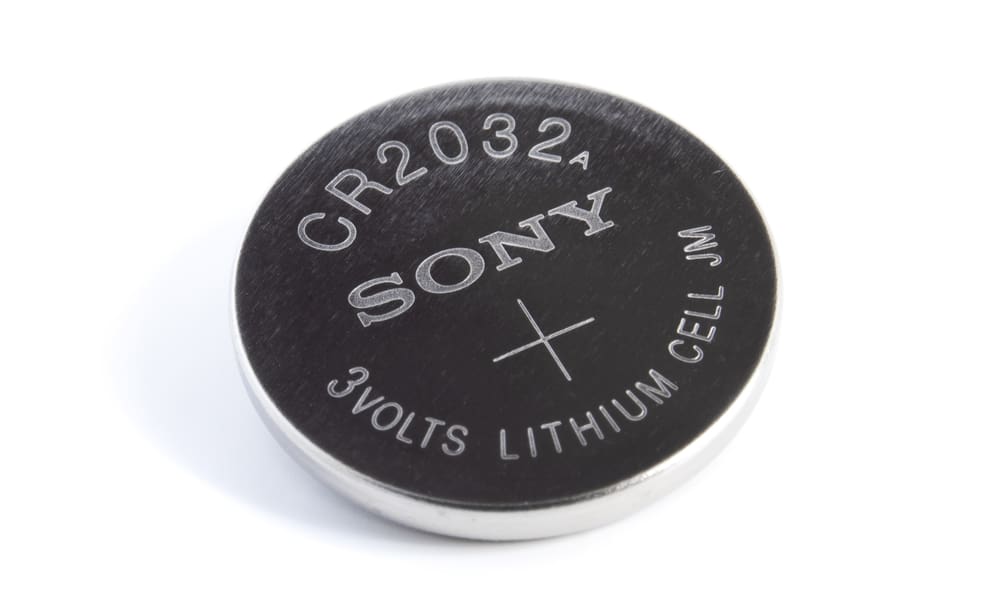 For small devices, button batteries are a simple and convenient solution. They are perfect for the likes of watches, calculators, and car key fobs which don’t consume a lot of power and need a small, lightweight battery.

There are several different sizes of coin cell batteries out there. Two of the most common are the CR2016 and the CR2032, but which one is better? Here we’ll take a closer look at what they are and their differences. Let’s get started.

CR2016 batteries are coin-shaped button batteries commonly used in small electronic devices, such as watches and calculators. These batteries are made of lithium manganese dioxide and are known for their stability and safety.

The “CR” in these batteries relates to their lithium contents, but the numbers indicate the diameter and thickness. The first two numbers, “20”, are the diameter in millimeters, and the last two numbers “16” the thickness, without a decimal point (1.6mm).

These batteries are very small but usually easier to install and perfect for any product that needs a battery that is both lightweight and small.

We’ve already talked about what the letters and numbers stand for, and with that, you’ll soon be able to work out a big difference between these two batteries. CR2032s are also 20mm in diameter but crucially have a thickness of 3.2mm.

This makes 2032s more powerful and, therefore, better for small devices with higher energy demands. Digital scales, cameras, and pedometers are all examples of electronics that often use this type of battery.

While not the most powerful coin cell battery, it is the most popular. That’s because, for many people, CR2032s strike the perfect balance between size and power.

So we know the basics of these two batteries, but what sets them apart? Let’s take a look at their differences in a little more detail.

Both these batteries are relatively cheap, especially considering how long they often last. If you buy a single battery from a high-end brand, you can be looking at around $3 per battery for both options.

If you buy a large pack of these coin cell batteries from a store brand, you can often pick them up for less than $1 per battery. So in terms of their individual prices, there is not much between them at all.

You may find that surprising considering that CR2032 batteries are bigger and more powerful. While they can often be a little more expensive in some stores, the price of CR2016 and CR2032 batteries is usually very similar.

So why would you ever get CR2016 batteries? There are some excellent reasons to do so, and we’ll discuss that below.

The two batteries are almost identical in shape. They can be known as button batteries, coin cells, or button cells, obviously due to their round shape. On top, both of them have a small lip and can often be textured for a better thumb grip.

The CR2032 is twice as big, so it must have twice the capacity, right? While that may make sense, it’s not true. The bigger battery can give a much higher milliampere/hour, allowing it to meet much higher energy demands than the smaller version.

In terms of electrical specifications, they do have one thing in common they both run on 3V. It all means that if they somehow connected to the same device, the CR2032 battery could run for much longer.

When it comes to their use, it can be a little confusing trying to find differences between the two. That’s because they are often used with the same types of devices.

Depending on the brand and electronic demands of the device, you can find both types of battery in calculators, toys, watches, laser pens, and car keys. However, if you have a watch with a wide range of electric functions, such as a backlight, it’s more likely to have a CR2032 than a CR2016.

For many applications, either type of battery will work just fine. However, the bottom line is that CR2032 batteries are the better choice for devices that require more power or are used more frequently.

For those bigger devices such as electronic organizers, pedometers, and weighing scales, you’re much more likely to find a CR2032.

CR2016 and CR2032 batteries don’t have the longest battery life if used constantly. This is why they are usually used in devices that either needs a low level of power, such as a watch, or a device that isn’t used often, such as digital scales.

CR2032 batteries have more than double the capacity of CR2016 batteries and can last twice as long in a device with the same power demands. However, as CR2032s are used in higher output devices, they might not last very long.

For example, if you put CR2032s in a toy that is being constantly used, then they might only last for a couple of months. On the other hand, the same battery in a calculator that rarely gets used may last for ten years or more. Due to this, it’s hard to compare the longevity of these batteries.

As a result, when choosing between these two types of batteries, it is important to consider the specific needs of your device.

Where CR2016s shine is with their size. They are often the perfect solution for devices where space is extremely limited, or their weight needs to be as low as possible. However, in devices where these factors aren’t a huge concern, CR2032s are usually a better option.

This doesn’t work the other way. Because the CR2032 is thicker than the CR2016, it will protrude from the battery compartment. As a result, the device may not be able to close properly.

While you can put two CR2016s in a CR2032 slot, this is not recommended. Two CR2016s still don’t reach the same capacity as their bigger brother. Due to this, you may not get the battery performance required by your device.

That being said, there are devices that require two or more CR2016 batteries. This is because they require more than the 3V you get from a CR2032 battery.

Both batteries are extremely safe in terms of their liability to leak, explode or break. This is why they are often trusted to be used in medical devices and toys for children. Both batteries are perfectly safe and can be used with confidence.

While that’s true, you don’t want to try and force a CR2032 into a CR2016 compartment, nor do you want to use two 16s in a 32-compartment. Both of these can cause potential issues which you want to avoid.

The only real safety concern is the fact children can easily swallow them. This is why when used in toys, the battery compartment often is secured with a screw.

All you need to do is ensure that all battery compartments are properly secured and that you store any spare batteries out of the reach of children.

So we’ve looked at the differences between these two batteries, but how do they compare to other coin cell batteries? Knowing what the numbers mean, you can understand the power these batteries have.

For example, the smallest coin cell battery is the CR927 which has a diameter of just 9.5mm and a thickness of 2.7mm. As you can imagine, these are used in very small devices that need a tiny battery.

On the other end of the scale, you have CR11108 batteries (diameter of 11.6mm, height of 10.8mm) which are used for digital cameras. CR2477 batteries have the highest capacity (1,000 mAh) of any lithium button battery and are often used in multi-function watches.

As you can see, all of these batteries have a size depending on the specific needs of the device they are powering. Therefore, one isn’t better than the other, as they are all a perfect match for whatever device needs them.

So, which battery is better for your needs? If you have a small, low-powered device that doesn’t require constant use, go with the CR2016. On the other hand, if you need something that will give you a higher level of power, go with the CR2032.

Whichever battery you choose, ensure compatibility with your device. Using the wrong battery can both be dangerous and damage your device. Hopefully, we’ve answered all your questions about these two useful batteries.