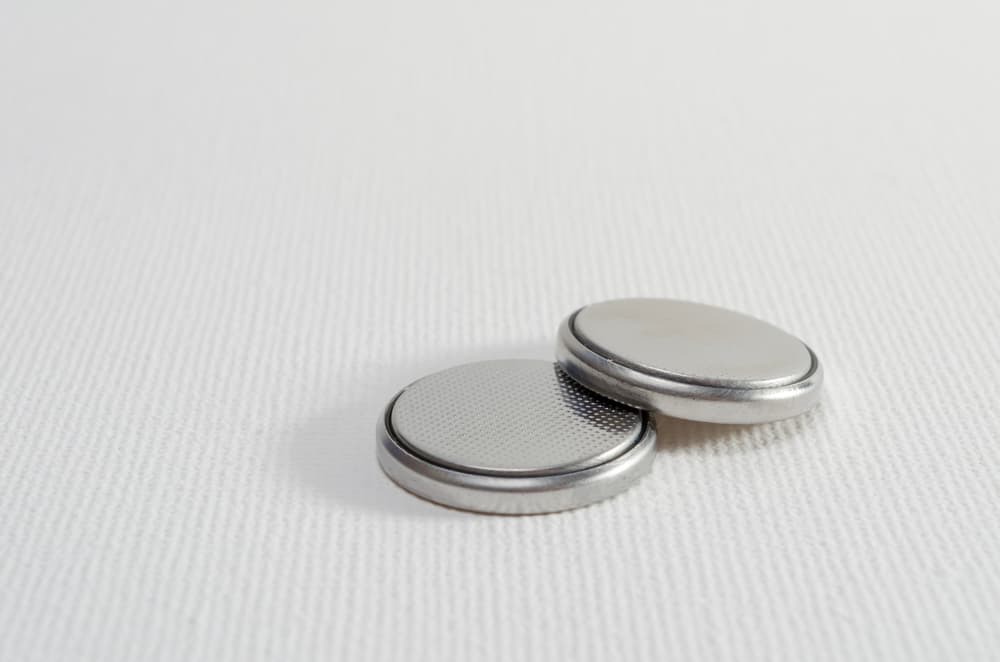 With a small round shape, these lithium-ion batteries confuse a lot of people regularly. Some people even fit these batteries into different gadgets – only to get disappointed when the error message pops up.

But is there really a difference between these lookalikes, and does it matter? Let’s explore the answer to these questions with this detailed battery CR2025 VS CR2032 comparison!

How to Read Battery Names?

Before we dive into details, we will first discuss what these battery names represent.

The letters CR are present in all lithium batteries. It shows there is lithium-based chemistry, whereas the R is for the round shape.

The first two numbers after it show the diameter of the batteries, and the last two numbers are for the thickness.  Keep this important information in mind as we continue learning the differences between the two batteries! 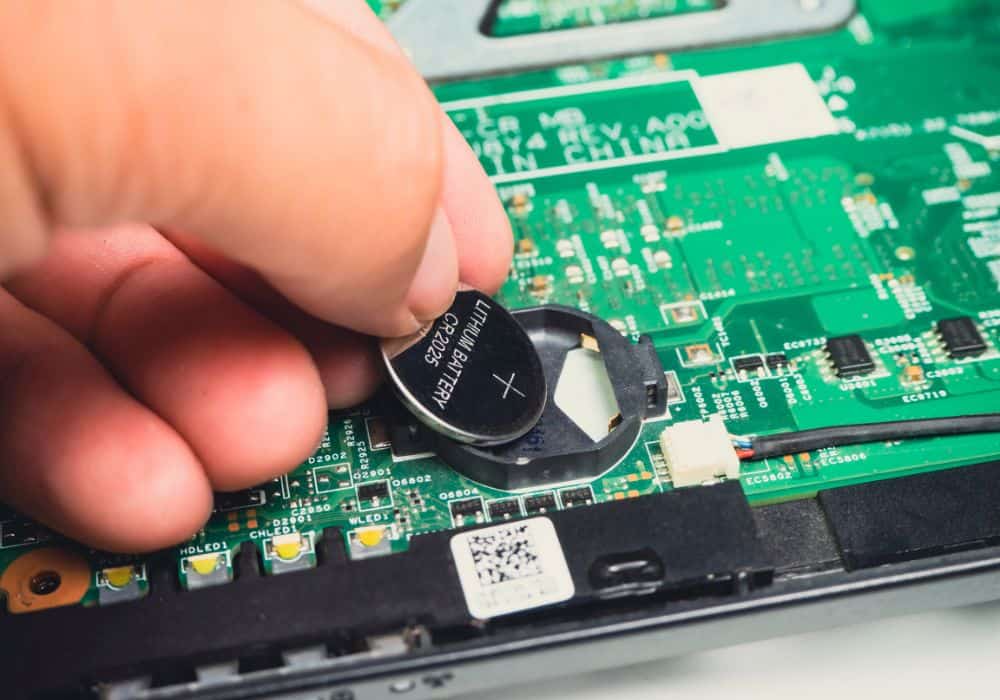 The CR2025 is a button lithium-based battery that has a 20mm diameter and 2.5mm thickness. It has a fairly high voltage of 3V and 170 mah capacity.

The 2.5mm thickness consumes little space and slides into battery ports easily. So you don’t need to worry about the device getting damaged. There are also no issues regarding device compatibility.

Since it’s not very thick, the CR2025 battery works for a wide range of products. These include calculators, toys, motherboards, LED lights, electronic games, and various medical devices like glucose monitors and tensiometers.

That said, the CR2025 battery doesn’t last very long. It will work for about a year or two in an active and frequently-used device. Meanwhile, it might work for 2 to 4 years in a moderately-used device. Only big companies promise a long lifespan of 10 years, but even then, there is no guarantee. 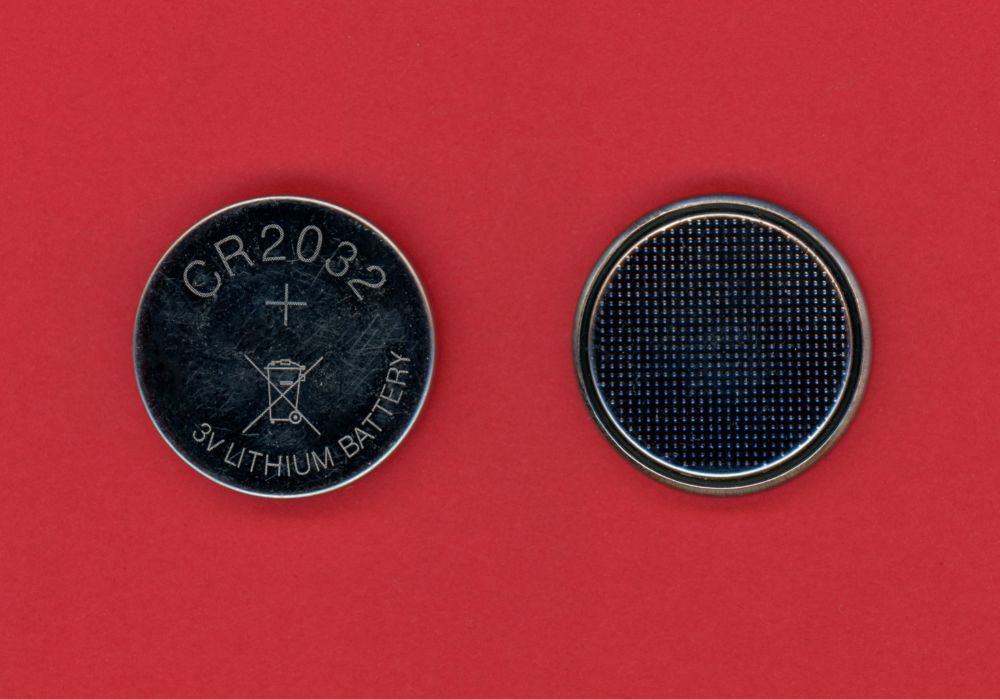 The CR2032 battery belongs to the same category as 2025. It’s a lithium button cell battery with a 20mm diameter. However, its thickness is 3.2mm.

Its thicker structure allows for a higher battery capacity of 240mAh. So, both the voltage output (3 volts) and battery capacity are excellent. You can use it on a huge number of gadgets, ranging from computer motherboards to weapon sighting systems. 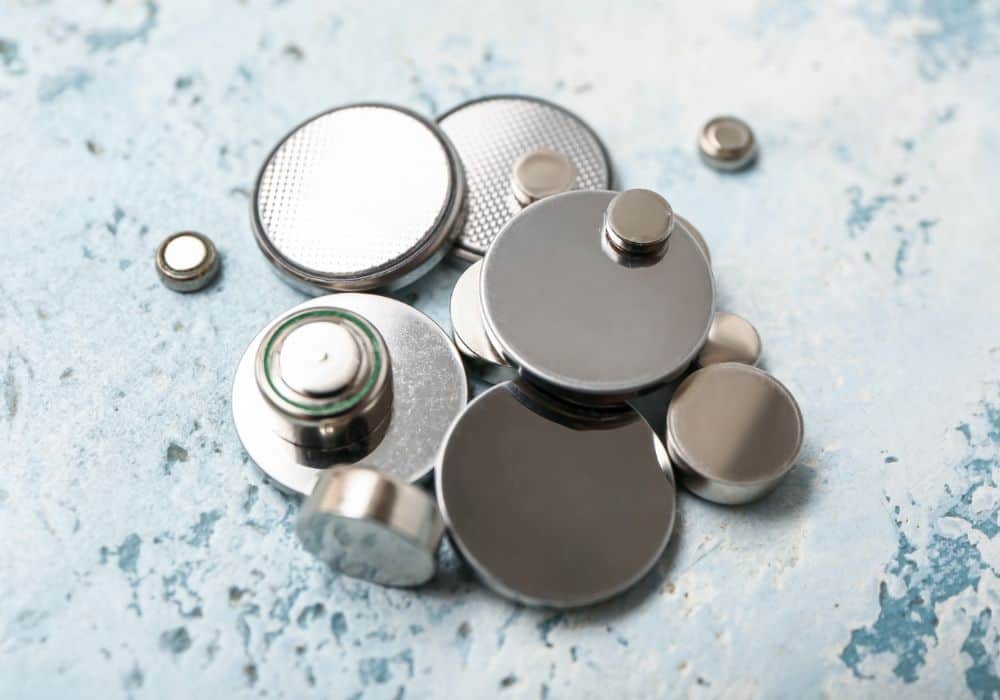 Now that we have analyzed the basics. Let’s put the batteries side-by-side and compare them using 6-important features.

Both CR2025 and CR2032 are lithium cell batteries with the same diameter of 20mm. The only physical difference between them is the thickness.

The CR2032 battery is 0.7mm thicker than the CR2025. This increased thickness allows it to hold a higher charge capacity and thus supply power for a longer time duration.

However, it affects versatility too. The CR2025 battery is thin, which makes it suitable for a larger number of appliances than the CR2032. You can fit it in all-sized devices, even the small ones with limited mounting space.

Battery capacity refers to the total electrical output generated as a result of electrochemical reactions inside the battery. This electricity powers up the attached device. So, the higher the output, the longer the device will run.

For coin cell batteries, the average capacity is 150mAh to 170mAh. This means the CR2025 lies in the good battery capacity category with 170mAh. It can run the gadgets for a considerably long time.

Comparatively, CR2032 has a higher battery capacity of 240mAh. That’s a difference of 70mAh!

Of course, the weight might differ slightly depending on the manufacturer. But the general difference between both of them is about 0.4 grams. So, CR2025 is a thinner battery.

The lifespan of a button cell battery depends on various different factors. These include material quality, temperature, storage conditions, and usage intensity.

Ideally, a high-quality button cell battery that is stored in a dry and cool place will last anywhere from 3 to 10 years. The average for lithium batteries is around 4 to 5 years.

However, if the usage is intense and frequent, the CR2025 battery will last 1 to 3 years. Meanwhile, the CR2032 battery can pull out a longer service life – thanks to its higher capacity.

As lithium cell batteries, both types are versatile and multi-purpose. It doesn’t matter whether they are big or small. You can install them on all kinds of devices like laser pens, wristwatches, fitness appliances, etc.

But, the CR2032 has certain limitations due to its thickness. You cannot use it in gadgets that have a small or thin mounting space.

For such gadgets, a CR2025 battery will work much better. It will slip in and out easily. Also, the gadget will remain safe and undamaged.

However, since the CR2032 has a higher battery capacity, you can use it for more powerful devices like hearing aids, LED lights, and security devices.

Button batteries come in individual packages. People can buy one or two depending on their requirements. This makes the battery generally expensive.

But, when shopping, you will observe that the CR2032 battery is slightly more expensive than the CR2025. It’s mainly because the battery has the potential to power larger devices.

The answer to this particular question is both yes and no. If judged on its overall features, the CR2032 comes with a better power-packed profile than the CR2025.

You get a higher battery capacity of 240mAh that’s capable of delivering powerful current to the load. Even if the battery doesn’t utilize its full potential, you will get a standard of 225mAh. Comparatively, the nominal for CR2025 is 160mAh.

So, the CR2032 is definitely a better option. However, its high battery capacity becomes pretty much useless if the 3.2mm thickness won’t let it fit in mounting space. In this case, the CR2025 proves to be a better choice.

This is why we always recommend users consider their purpose and needs before making a decision.

Yes, CR2025 and CR2032 batteries are interchangeable. However, chances are that they won’t fit in certain mounting spaces.

While nothing can be done to fit a CR2032 in a small space, you can adjust a CR2025 in a bigger space using aluminum foil. Here’s how:

Yes, there are a lot of similarities between CR2025 and CR2032. These include:

You can use CR2025 to replace a CR2032. But, you cannot use the CR2016 batteries. While they do have the same diameter of 20 mm, the difference in thickness is way too much.

Many people get confused between CR2023 and CR2032. Since they have the same digits in them, they appear as the same batteries. But that’s not true!

Earlier in the article, we discussed how to read lithium battery names. If we put that knowledge to the test, we can see that CR2032 is 0.9mm thicker than CR2023.

To sum up, the main differences between CR2025 and CR2032 are weight, thickness, battery capacity, lifespan, usability, and cost. All these factors help determine which lithium button battery is best for you.

We hope this detailed battery CR2025 VS CR2032 comparison has equipped you with all the necessary information to make the decision. If there’s still doubt, let us know in the comments below!