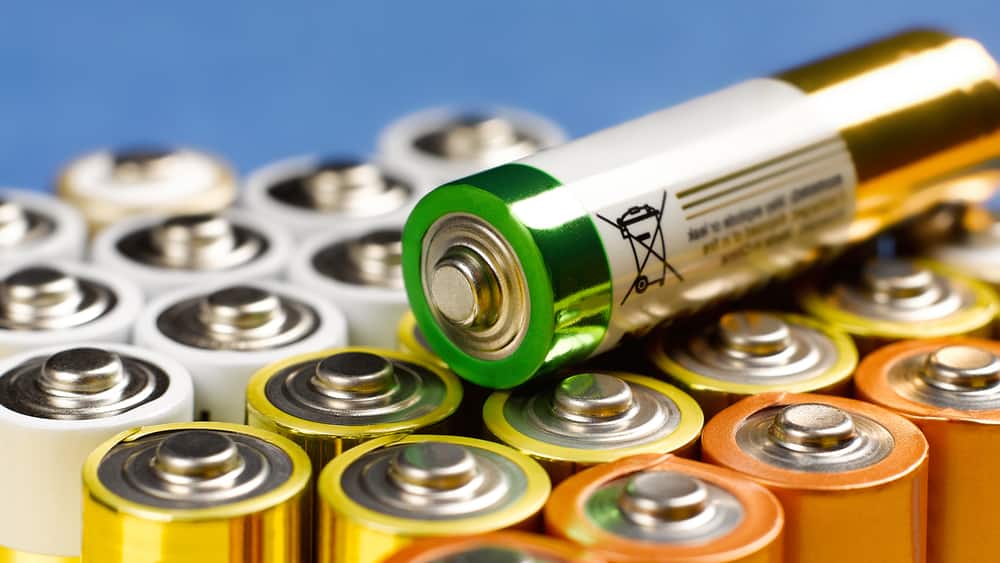 When it comes to cells and batteries, both have unique situations when they have the advantage

To determine which one is better, you must first understand the differences between the two. A key detail to remember is that batteries are made up of cells. While this supplies more power, it also limits them to build on the technology that cells are free to expand on.

In this article, we dig deeper into the differences between cells and batteries and how you can use that to be better informed about your power sources. We’ll also explain some sideline topics, such as misconceptions and additional systems to consider.

A cell refers to a single power generating unit. These store chemical energy and convert it into electrical energy when a proper connection is made.

Cells have two electrodes (a positive cathode and a negative anode) and an electrolyte collusion. These facilitate a redox reaction when the electrodes and electrolyte come in contact, allowing an electric current to flow through the circuit.

Cells do not lose energy over time if they’re not in use, and they’re one of the most practical ways of storing energy.

Batteries refer to devices that contain two or more cell units. These serve as a source of energy for many items used daily.

The invention of the battery dates back to the late 1800s when Swedish scientist Waldermar Jungner created one using nickel, cadmium, and a calcium hydroxide electrolyte.

This initial design was commercialized in the United States by 1940, but the Thomas Alva Edison model based on it is the most popular.

Batteries also include an electrolyte solution and two electrodes, although these relate back to the cells in the unit. Batteries lose their charge constantly, regardless of use, and they need continuous recharging.

Cell vs. Battery: What’s the Difference?

The most obvious difference between cells and batteries is the number of units in either power supply, but other differences include:

After looking at the above explanations, it’s obvious that the number of units is a major difference between the two. Cells have a single cell unit, while batteries include two or more and connect them in a series.

This affects other details down the line, such as output power, and serves as a cornerstone of differentiating between cells and batteries.

Cells are single unit devices, meaning a single cell contains everything you need to convert chemical energy into electrical energy. This includes positive and negative terminals and an electrolyte solution.

To do this, a charge flows from the negative terminal to the positive one within the cell. There is resistance due to electrical forces of repulsion, but a chemical reaction in the electrolyte solution pushes back with a greater force.

The charges reach the positive terminal and continue to make the trip through the electrodes and the cycle continues.

Batteries complete the same process, but they run the current through a series of cells. A battery contains the electrolyte solution within the cells, and it has its own positive and negative terminals for the entire circuit.

The oxidation reaction of a battery causes the anode to release electrons and the electrolyte solution to release ions. These run through the series of cells to create the power needed to power the connected object with power greater than a single cell would produce.

There are a few variations to these basic definitions of the number of units either device has.

The misnomer we should clear up first is the idea of a single cell battery. These items, usually household “batteries” like AA or AAA varieties, are not batteries at all. These are simply a single cell unit.

Battery banks are another gray area. While batteries come in a variety of sizes, it’s not uncommon to connect multiple in a series to create a battery bank for more power.

This is easier to manage than shoving dozens of cells into casing. It limits the scope of any troubleshooting efforts and leans toward suitable device weight and dimensions.

2. Types and How They’re Distinguished

Cells and batteries also have different criteria to distinguish their types.

For cells, this relies on the composition of the unit. Batteries are usually sorted based on whether they are rechargeable or not.

The main distinguishing factors for cells depend on either their electrolyte solution or the role of their active solution.

A good cell uses a liquid electrolyte. The first batteries used wet cells in open glass containers, and a lead-acid wet cell battery is one of the most recognizable examples of this type.

Because they create gasses, wet cells must have proper venting. You must also store them upright so they don’t leak the solution, creating a huge mess and ruining the potential of the cell.

These are better suited for high power outputs. They discharge a free flow of electrolytes rapidly, and they’re easier to make (and therefore cheaper). Wet cell batteries resist overcharging well.

Understandably, these are heavier and riskier to work with, so they’re not the most popular cell technology in use.

Dry cell batteries use a powder (paste) electrolyte. They’re the most common type of cell technology due to economy, efficiency, and safety. Popular examples include zinc-carbon or alkaline cells.

These are the most convenient because they only include enough liquid for proper conductivity, reducing the potential for mess. They’re stable enough they won’t leak when you turn them upside down.

Reserve cells isolate a certain component, usually the electrolyte, until right before activation. This technology eliminates the possibility of preemptive discharge and reduced deterioration. It also renders the cells to a single use before disposal.

These are more common in variable sensitive objects, such as detonation devices. They’re usually classified by activation, whether at s through water, gas, heat, or electrolytes.

Fuel cells feed the active materials into the unit from an outside source. They still hold the capability to produce energy, but stop functioning if the material is unavailable.

These are uncommon for most applications, but they’re commonly used in cryogenic fuels for space vehicles. Recent advances sparked interest in certain systems, like utility applications, electric automobiles, and on-site generators. 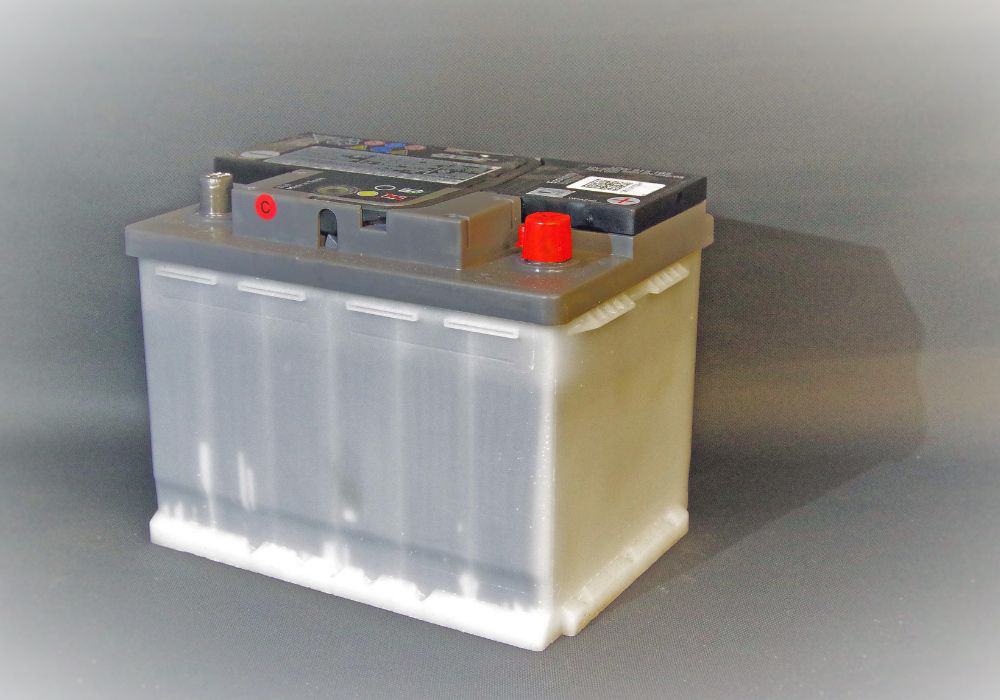 Batteries are usually distinguished by their ability to be recharged.

Primary batteries cannot recharge easily after a single use, so they are usually disposed of. They hold their electrolytes in absorbent material. They’re cheaper to start and lighter, but poorly suited to heavy loads and high discharge rates.

Secondary batteries are easy to return to their original condition, and simply passing a current in the opposite direction of the discharge current accomplishes this. They cost more to start, but have a lower cost over their life.

Cells store energy for a longer period than batteries do, making them a more practical way of holding onto energy. They don’t lose energy over time if they are not used, or they lose very little over the same period.

Batteries can store energy from solar and wind energy to discharge when you need them, but they have a much shorter shelf life. This is why you see household cells (your triple A batteries) with a 10-year label but need to replace your car battery every three years.

A cell produces an average of 1.5 volts, regardless of cell size or technology. This differs depending on a few factors, but most come to this number despite the path they take.

The nominal voltage of a battery differs depending on how many cells it contains. For example, a 12 volt car battery usually contains 6 cells and uses each one to reach a higher output.

This changes depending on the cell technology in use, but a battery that uses the same type of cells is theoretically twice as large to start. 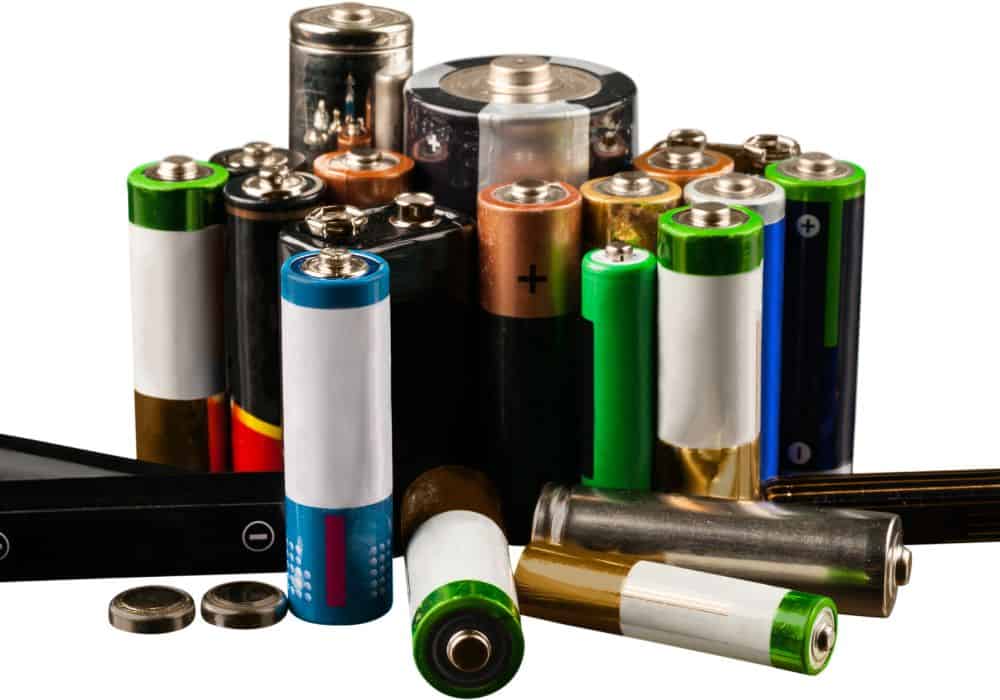 This all comes down to a lower cost for cells and a higher cost for batteries. Cells are the stepping stone technology and a single unit, making them much cheaper to make and market.

Batteries must account for more advanced technology to connect multiple cells safely on top of the baseline cost for multiple cells.

7. Overview of Uses and Applications

Because of these differences, cells and batteries have different uses.

Cells are better suited for low power situations, such as powering household items, but they may be combined in a battery to produce higher voltage. There are several variables within cell chemistry and technology, but these are easily manipulated to suit different situations.

Comment any questions you have regarding the difference between cells and batteries.