Unlocking your car with a key fob remote has become the norm for most drivers nowadays but what happens when the key fob stops working, or worse – when the car battery is dead?

What are the safeguards car manufacturers have left for us in such events when an immediate battery change isn’t an option and you can’t get in your car or get it going? So, car battery dead, key fob not working – here’s what you can do.

What to do when you’ve got a car battery dead and a key fob not working?

Having to change or recharge your car battery is always annoying but a dead battery is something that occasionally happens to every car owner. There are many instructional videos on how to change a car battery out there and we’ve written about it too. Ultimately, there are some variations based on the car model and type of battery but the principles remain the same.

Annoyingly, if you’ve got a dead car battery, your car key fob won’t be working either. That’s despite the fact that the key fob has its own battery because, even with the fob sending a signal to your car’s electric system, if there’s no power on the other end, it will be of no use.

So, if you’re car’s battery is dead you will need to recharge it or get a replacement battery, it’s as simple as that. What to do in the meantime if you need to get inside your car, however? What’s more, what to do if you’ve got a new car battery and the key fob still isn’t working? Let’s explore that part in more detail below.

What if the key fob isn’t working even though the car battery isn’t dead?

As awesome as key fobs are, they are not issue-proof. A dead key fob battery or low battery is among the most common reasons for frustration among car owners but there are lots of other factors that can make your key fob stop working.

1. The fob needs its own battery replaced too

A fob’s battery can also easily go out too, just as a car battery can. Replacing a key fob’s battery is typically pretty simple – just open it, take out the depleted battery to see what type it is, and buy a new one of the same kind.

If you’re not sure you’re getting the right battery from the store, look at the CR engraving on the depleted battery and the following series of numbers. If the depleted battery got lost somehow, you can also always check what type the battery is supposed to be in the owner’s manual or online based on your car’s model and year.

2. The buttons may just be worn out

If the key fob battery turns out to be fine – or if you just replaced it – yet the fob itself keeps not working, the next possible explanation is that its buttons have been worn out. Looking for the symptoms here is hardly complicated – if the push-button has been requiring some extra force recently and it seems noticeably worn out, that’s likely the issue.

Unfortunately, the solutions here are to either replace the remote’s housing or just get a new car key fob.

3. Your car may have certain electrical issues

4. The issue might be in the car door latches instead 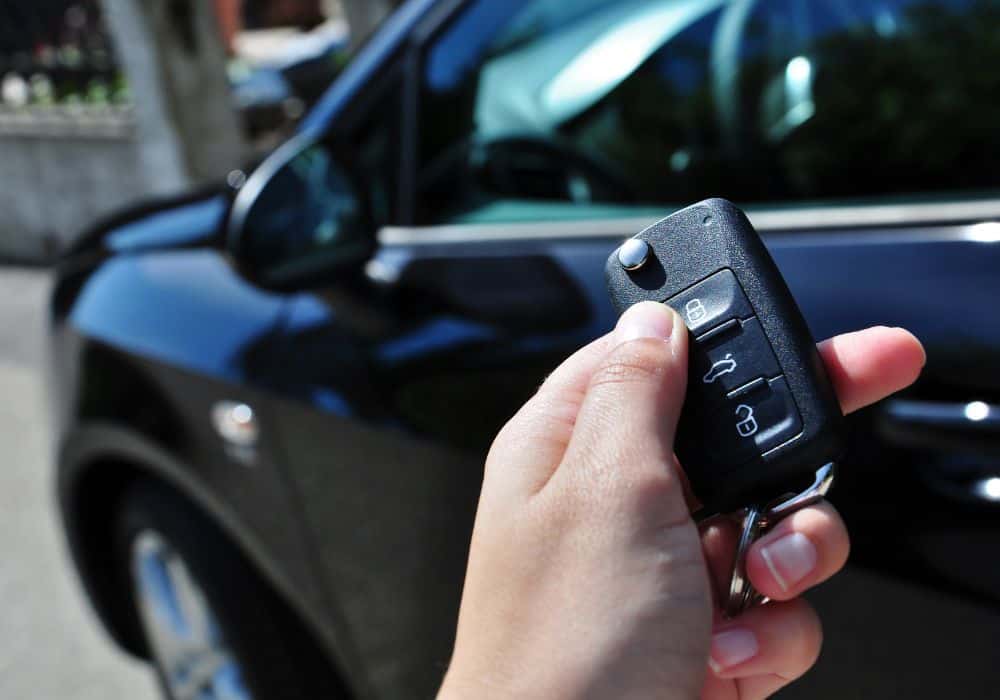 When that’s the case, the remote will likely work on some doors and not work on others – that’s because the car door latches are unlikely to all malfunction at the same time. Do keep in mind that the latter is still possible, however, particularly if the winter weather outside has been especially harsh lately.

Car lock repair is the solution here in either case.

5. The key fob has been damaged beyond repair

Another possibility is that the key fob has just been severely damaged to the point that it just doesn’t work anymore. This should usually be self-evident either by the looks of it or because you’ve likely witnessed the fob get damaged personally. If not, however, and the fob was damaged behind your back when someone else was using your car, you’d do well to ask.

Car key deprogramming does happen occasionally by accident, particularly when there have been disruptions in the car’s electrical system. Essentially, this means that the onboard computer has removed the key fob – and likely all other keys – from its access lists for some reason.

Depending on the car, whether it has an app, and how its electronics work, you may be able to reprogram the fob by yourself. You may have to call the car dealership or a locksmith, however.

How to get in your car and/or start it with a key fob not working?

Fixing the key fob is one thing but something we just need to get in the car and get it going before we can have the chance to deal with the fob itself. So, what can you do once you get tired of smashing the unlock button on the fob and you need to find a different solution?

1. Use the mechanical key inside the key fob to either get in or start the car

Most key fobs will have a physical key in them for exactly these kinds of situations. Just open the fob, take the key, and insert it in the physical key slot to open the car. From there, the same can often be done with the ignition – just locate the keyhole in the steering column and get the car going that way.

2. Use the hidden key fob slot in your car

A neat alternative that’s present in some new Ford models and other cars is the presence of a hidden key fob slot inside the car instead of a physical key slot. Depending on the car model, that slot can be in different places so you might have to consult with the owner’s manual.

In Ford models, for example, it’s hidden inside the cup holder. Just slide the otherwise inoperable key fob in the slot and then press the car’s start button normally.

3. Push the start button with the key fob

Another alternative some manufacturers have employed is to give you the option to press the start button with the key fob. This functions as a backup system for starting the car even when the fob itself doesn’t work.

4. Access the car remotely if it has an app 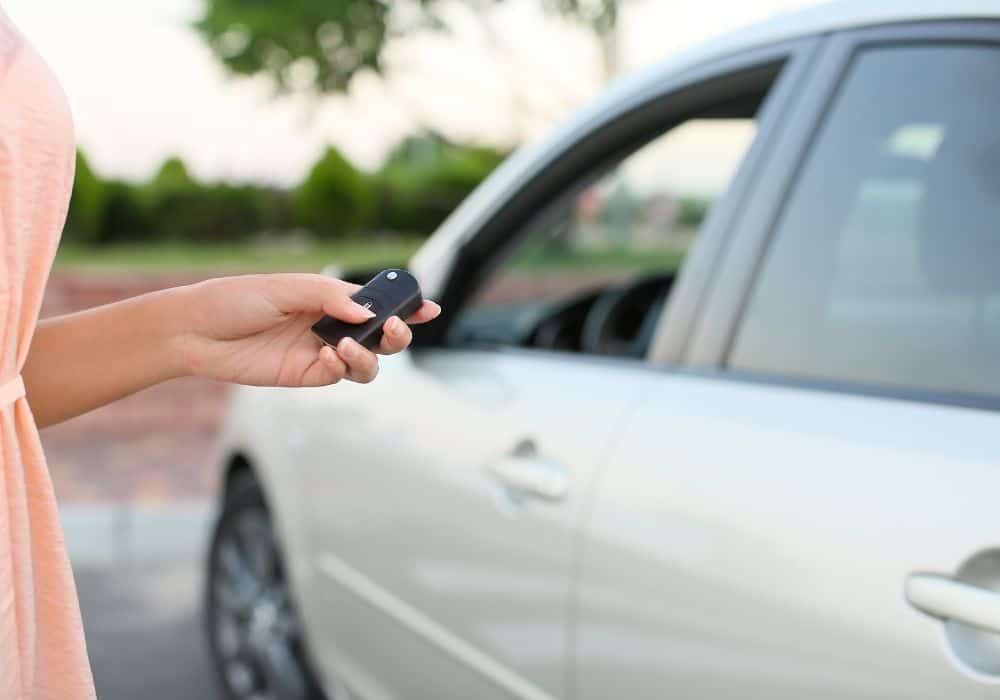 A more modern solution to the dead key fob problem comes in the form of app keyless entry systems. Such apps can be seen in many automobile brands such as Toyota, Mazda, Ford, Chevrolet, and others. All you need to do in this case is log in to the app from your phone, and unlock the car from there.

The only problems here are that some phone apps charge a monthly fee and you will need to have set the app up before the fob has died.

5. Call for help from roadside assistance or a car mechanic

If your key fob doesn’t come with a mechanical key, can’t push the start button, and doesn’t have a hidden slot in the car, and if, on top of that, you also don’t have an app for your car’s electronics, there sadly isn’t much else you can do on the spot. In that case, calling roadside assistance or a car mechanic is your best bet.

The risk of a key fob dying on you at an inopportune time is the most common reason why many car owners get a spare key fob. By always having a spare remote on you, you can save yourself a ton of hardship and annoyance down the line, even if carrying that spare is a tiny bit annoying in and of itself.

At the end of the day, you will need to fix the key fob, the car battery, or whatever other major issue you’re dealing with. Yet, it is important to be able to get to that point first – either by finding a temporary fix at the moment or calling roadside assistance if push comes to shove.