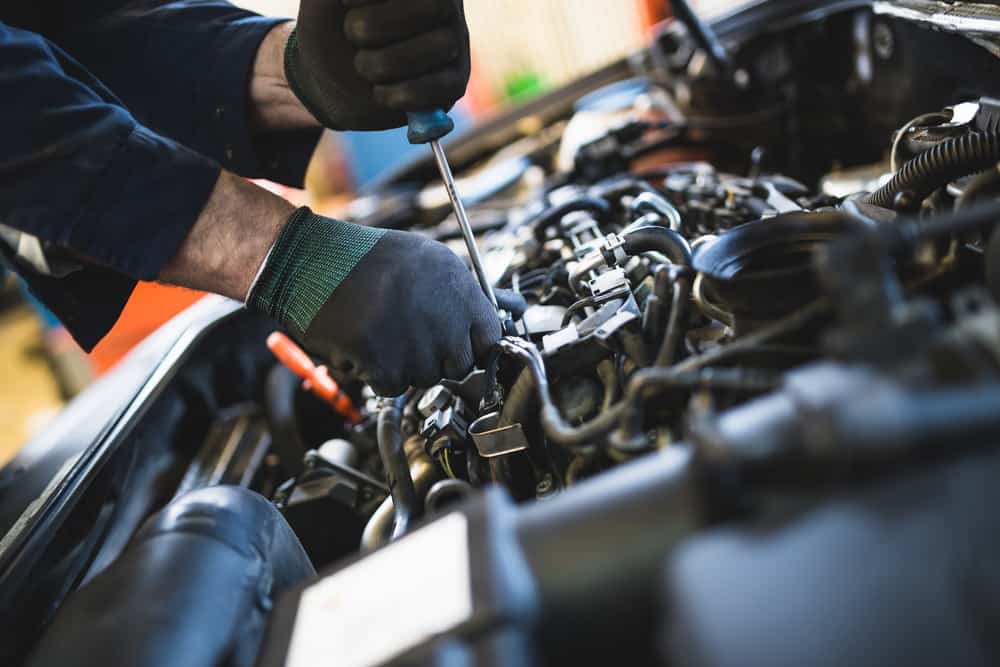 It can be very frustrating and inconvenient when your vehicle won’t start. But what causes this problem?

Well, there are many reasons your car won’t start. But perhaps the most common causes include battery or alternator issues.

Most people give little thought to their car’s battery and alternator until their engine dies while driving or the car doesn’t start normally.

But truth be told, it is difficult to determine if you’re dealing with a dead battery or failing alternator unless you know how these electric components operate.

In this guide, we have discussed how a car battery and alternator work. We’ve also highlighted the telltale signs and symptoms of a bad battery and bad alternator to help you troubleshoot your car’s problem.

How Do the Battery & Alternator Work? 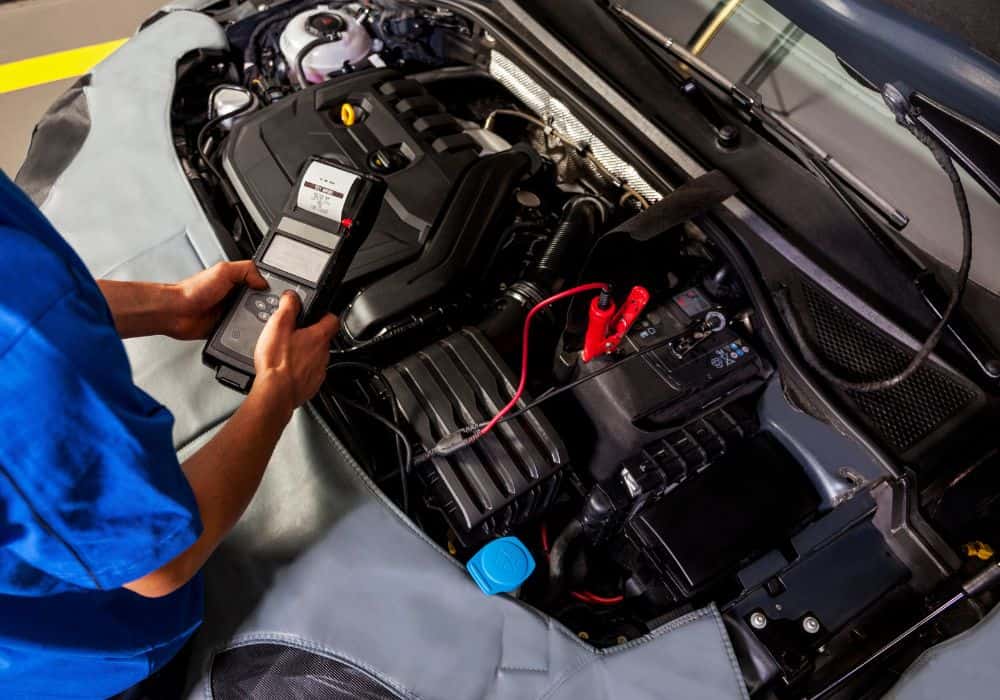 Your car’s battery is an integral component of a fine-tuned electrical system that ensures the vehicle’s processes run without a glitch.  It stores the power required by the car to start the motor and maintain a charge.

Car batteries come at different voltage levels, with the most common being 12 volts. A slight decrease in voltage levels can result in reduced power. That’s why you must maintain a proper battery charge at all times.

If the voltage drops past 10.5 volts, your battery will become damaged because of excessive sulfation. Fortunately,  you can do a few things to prevent your battery from draining and reducing your power stores.

Apart from acting as the vehicle power store, the battery provides sufficient electrical energy to start the engine. It also serves as a reliable power backup to power your car’s electrical accessories when the alternator gets overwhelmed. This happens when several processes, depending on the generator’s power, run simultaneously.

Another thing, the battery provides the energy required to power any electrical component when the vehicle is not running, like a dashcam or lights.

Before we forget, the battery helps in voltage regulation. It regulates the power that flows to the electrical systems, preventing sudden spikes that might cause damage to the vehicle’s computer and ignition system.

Because car batteries have to put up with all these strains, they’re designed to discharge lots of currents and recharge immediately. But if you start your battery repeatedly without fully recharging, it will lose its ability to hold a full charge. As a result, you might experience battery problems. 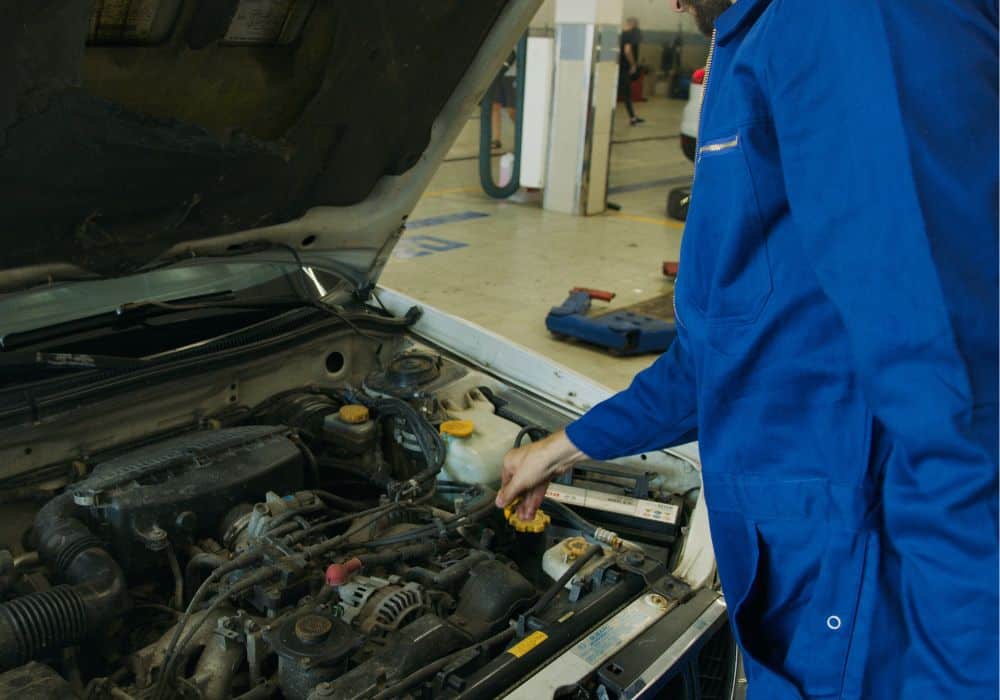 Think of the alternator as a tiny generator that keeps your car’s air conditioning, lights, sound system, and any other accessory running. As the name suggests, this device works to alternate direct current (DC) and convert mechanical energy into electrical energy.

The alternator also recharges the battery actively when you are driving your car. The generator outputs a voltage of between 13 to 14.5 volts. But the generated amperage will vary from one vehicle to another.

Equipped with a stator, rotor, diode, and cooling fan, an alternator is always running when your vehicle is speeding up. This allows it to supply energy throughout the car.

But when your car is idling, like at a red light or in traffic, the alternator will not run at maximum output. Instead, it will produce sufficient power for the engine ignition and to run essential accessories, such as HVAC, water pumps, and cooling fans. Also, the battery won’t recharge to capacity.

Reasons A Battery or Alternator Can Fail

Most individuals believe that battery or alternator failure occurs because of manufacturer defects. While that is not far from the truth, there are other reasons behind the failure. They include:

Sometimes, your driving habits can contribute to your car’s battery failing. This doesn’t mean you’re a terrible driver. It’s more about the battery’s chemical process.

When your car is idling, like in heavy traffic, it might drain the battery of its full charge, resulting in sulfation. If this happens, the battery will take longer to charge, lose charge quickly, and eventually die.

To reverse sulfation, it’s wise to drive for a long distance to ensure the battery fully charges. Another solution is to get an anti-sulfation device that you can use to apply pulses to battery terminals.

2. End of the Alternator Lifespan

An old or faulty alternator will have difficulties charging the battery while the engine is running, causing it to drain faster than normal. This can lead to a depleted or dead battery.

Like in alternators, temperature plays a vital role in determining the performance and lifespan of a battery.

High temperatures accelerate the chemical reactions inside the battery, allowing it to charge faster. However, the temperatures might speed up battery corrosion, which in turn reduces its lifespan.

Cold temperatures, on the other hand, slow down chemical activity. That’s why your battery might feel sluggish during cold weather, even if it has a full charge. Cold temperatures diminished the battery’s ability to supply enough power to start and run a vehicle.

A fully charged car battery can withstand cold temperatures up to -50°C. But a low-charged battery can freeze at -1°C. If the water inside the battery freezes, it expands, causing irreparable damage to electrochemical cells. 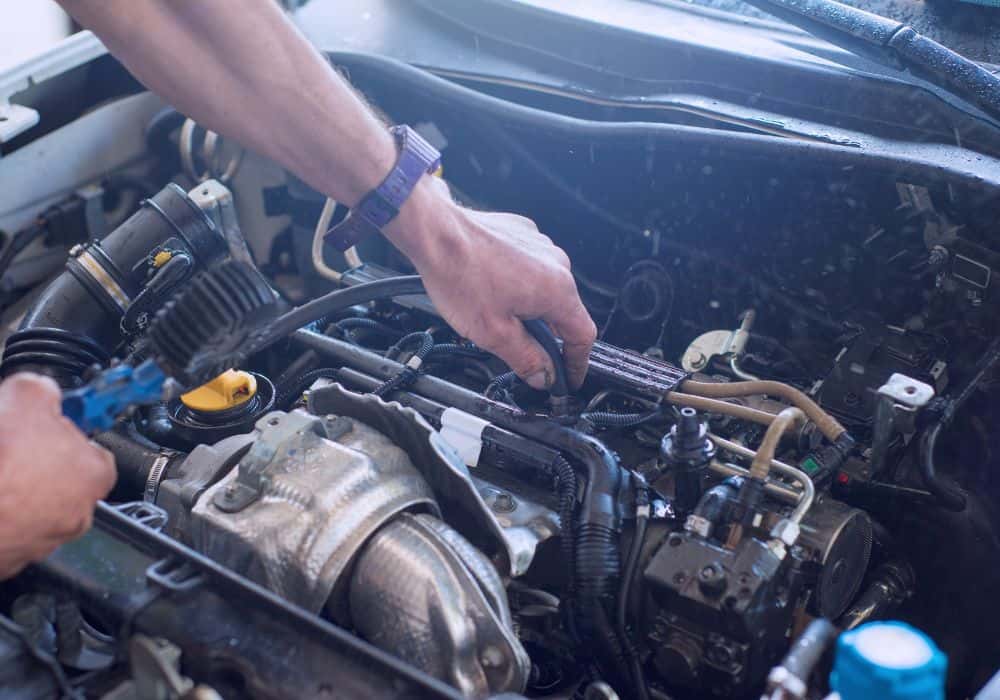 Newer models of cars come with built-in computer systems that control a variety of components, including alternators. If these systems develop a problem or glitch, they could prevent the alternator from supplying power through the engine and charging the battery.

Blown fuses can prevent the alternator from functioning and the battery would not charge. So, if you have a failing or bad alternator, read the owner’s manual to determine where its fuse is in the car. Once you’ve located the fuse, check if it’s blown.

When a vehicle takes longer to start, it’s likely due to low battery voltage or a dead battery. This can happen if you leave your car’s ignition and interior lights on overnight. If the battery drains completely, you risk damaging the cells.

Flickering or dim headlights point to a failing battery. If the headlights fail to light up, probably you have a dead car battery or a faulty electrical system.

If you hear unusual clicking sounds when starting your car, your battery is likely dying. The battery is not outputting power properly.

Corrosion on the battery terminals usually prevents the cells from receiving proper charge. As a result, the battery cannot store sufficient charge to start the vehicle. In this case, you might need to clear the corrosion and jump-start the battery. If the engine cannot start, you have a faulty or dead battery.

The smell of rotten eggs is a clear sign of a bad car battery. This odd smell means the lead-acid battery is leaking sulfuric gases. As such, you need to get a new battery immediately.

6. The engine barely turns on

The battery lacks sufficient power for the engine ignition. Here, you can use jumper cables to jumpstart your battery.

Signs and Symptoms of A  Bad Alternator?

A foul smell of burning rubber or wires could mean the alternator belt is wearing out due to constant friction. It is also a sign of an overworking alternator or frayed/damaged wires.

Another way to tell if you have a bad or faulty alternator is to check for over or under-performing electronics. For example, you might notice flickering lights or lights that go bright suddenly.

If the battery symbol on the dashboard turns on, it’s a sign of a faulty charging system. But if the car’s lights and electrical components continue functioning normally, you have a bad alternator.

If you have just installed a new battery, and it dies suddenly, it might mean your alternator is faulty. It’s not charging the battery.

When an alternator fails to output enough power to run your vehicle’s electronics, it could start malfunctioning. A faulty alternator will not power windows. And if it powers them, they will take longer to roll up or down. Other accessories might also go haywire.

What To Do About a Bad Battery or Bad Alternator

If you notice the above warning signs, your best option is to replace your battery or alternators. But before thinking of battery replacement or repairs, confirm if the battery is an issue.

Step 1: Checking if the battery gauge lights are flickering

Step 2: Determining if the battery voltage is below 12.6 using a voltameter

Once you confirm the battery is the problem, replace it yourself or seek the help of a mechanic.

As for the alternator, check if it’s the source of the problem by disconnecting the positive battery cable while the vehicle is running. If your car stops running, your alternator is defective.

Replace the old alternator with a new one. But since alternators are expensive, you can shop for a second-hand one to save some money.

As we wrap up, a defective alternator and battery can prevent your car’s engine from starting or cause your automobile to halt abruptly. But using this information, you can quickly pinpoint and troubleshoot the problem.

Hopefully, you now know how these auto parts work and the distinguishing signs and symptoms of a faulty battery and alternator.

If you believe we have left out some details or have questions, inform us in the comment section.