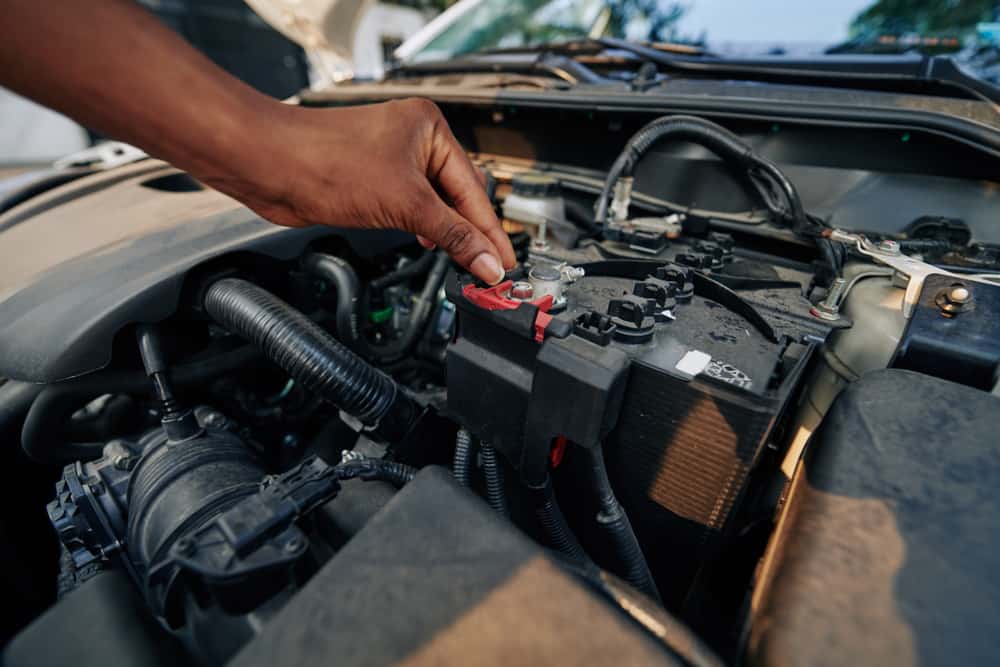 One of car owners’ most common problems is a dead battery. This is quite a regular occurrence, and you don’t need to panic. There are many ways in which you can get your car starting again using alternative methods, so you won’t have to call a mechanic every time.

In this article, I will help you understand why a car battery does not charge and what can be done about it. Plus, I will provide some tips on how to avoid this problem in the future.

The good news is that the solution for a dead car battery that won’t recharge is quite simple in most cases and doesn’t require a lot of money or time. Let’s get started!

Understanding why your car battery won’t start can help you ensure that there isn’t an underlying problem causing your car to fail, as well as help you figure out how to fix it.

Staying up to date also helps you be more informed when it comes time to invest in parts and accessories for your vehicle. Let’s take a look at some of the most common reasons why your battery is failing. 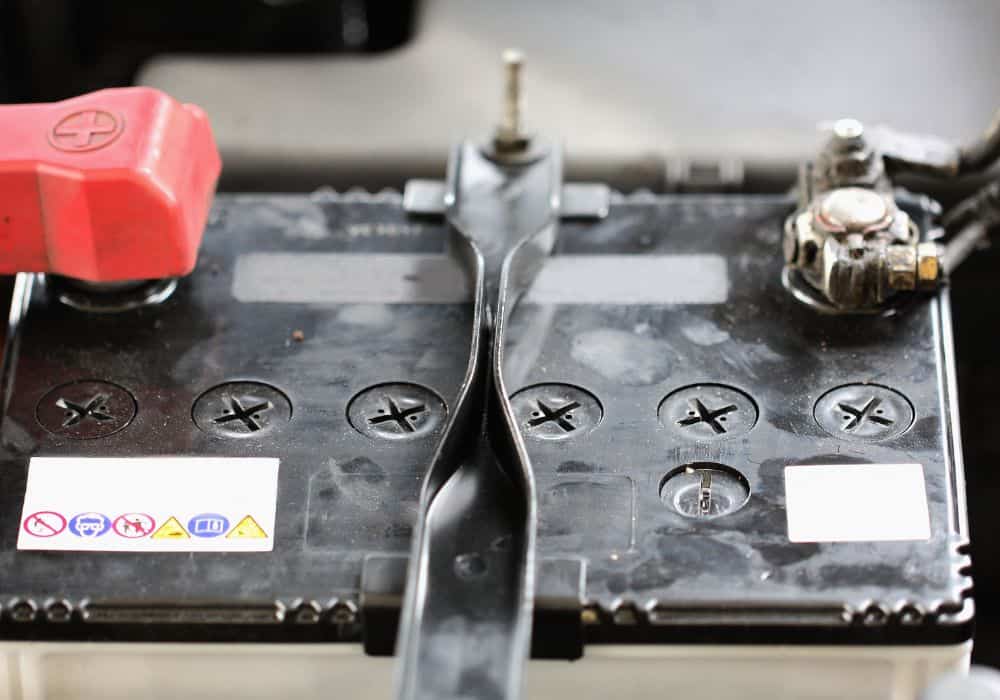 External car battery charger issues include damaged or worn-out electrical components, loss of power, and overheating. This in turn causes issues with the car’s charging system, if it’s overheating, for example.

Other common external battery charger faults include loose connections and poor design. And sometimes they are not UL-approved. This means that they may not be safe for use on your vehicle.

If you want to be sure that you are using a safe product, make sure to look for UL approval and purchase from a trusted source.

The alternator is a device used to provide electrical current for the battery of a car. This device is made up of an AC generator, rectifier, and charge regulator.

It converts the mechanical energy stored in the alternator’s generator into electrical energy that can be used by the car’s battery.

A damaged alternator belt can cause a car battery to become undercharged or overcharged. This can result in a number of problems, including increased wear on the alternator and electrical components, and reduced performance.

A damaged alternator belt can also cause a car battery to overheat as the belt carries more and more current. When this happens, the battery will become weak and likely won’t last long.

When you come across a damaged alternator belt on your vehicle, remove it quickly and clean any debris from the area so that you don’t affect the performance of your vehicle’s engine or cause continued damage.

If your car’s battery is being affected by a damaged alternator belt, get it checked by a professional. The sooner you get it repaired, the easier it will be for the car to operate properly.

Voltage is the measurement of how much direct current is exerted by a battery as it charges. The higher the voltage, the higher the charge. A healthy, fully charged battery voltage rate is between 12.6 to 14.4 volts.

It is normal for the battery voltage to rise from 13.5 to 14.5 volts during engine operation

It is normal for the battery voltage to drop to 12.6 volts when the engine is powered off

A faulty power drain interrupts the flow of current in the battery and starter motor, causing it to lose some of its charges. When you’re driving, the loss of power can cause your car to stop running or slow down.

In addition, a faulty power drain can leak electricity into the car’s system. This can cause problems with the operation of other electrical components, such as electric windows or lights.

The voltage of the battery can be interrupted by heat, force, vibration, and direct sunlight. As well as the following:

The wiring components in a car are a complex network of electrical components. If something goes wrong with any part of this network, it can affect the entire system. This can lead to problems like a dead battery.

The types of wiring problems that can cause a battery to die or not charge include loose connections and corroded cables. Other sources of power problems include short circuits and damaged fuse boxes.

Wiring problems can be difficult to diagnose because they are often intermittent, which means that they only occur for a short time before going away on their own. All of these factors make it difficult for mechanics to pinpoint the source of the problem.

The Engine Control Unit (ECU) is the computer that regulates the operation of the car’s engine and transmission. It also sends signals to the powertrain control module, which controls the engine and other components like the brakes and steering.

When an ECU failure occurs, it can cause various problems, including loss of power and stalling.

Software failures are normal wear-and-tear issues that can be repaired by replacing parts or programming new values into the ECU; these generally don’t affect performance

Hardware failures, on the other hand, occur when physical parts break down and need to be replaced

Sometimes, these problems can be caught early enough that they’re able to be fixed before they escalate. So if you notice an issue with your car’s power (typically the “check engine” light will come on), along with charge or stalling issues, take it to your mechanic right away to see what’s causing it. 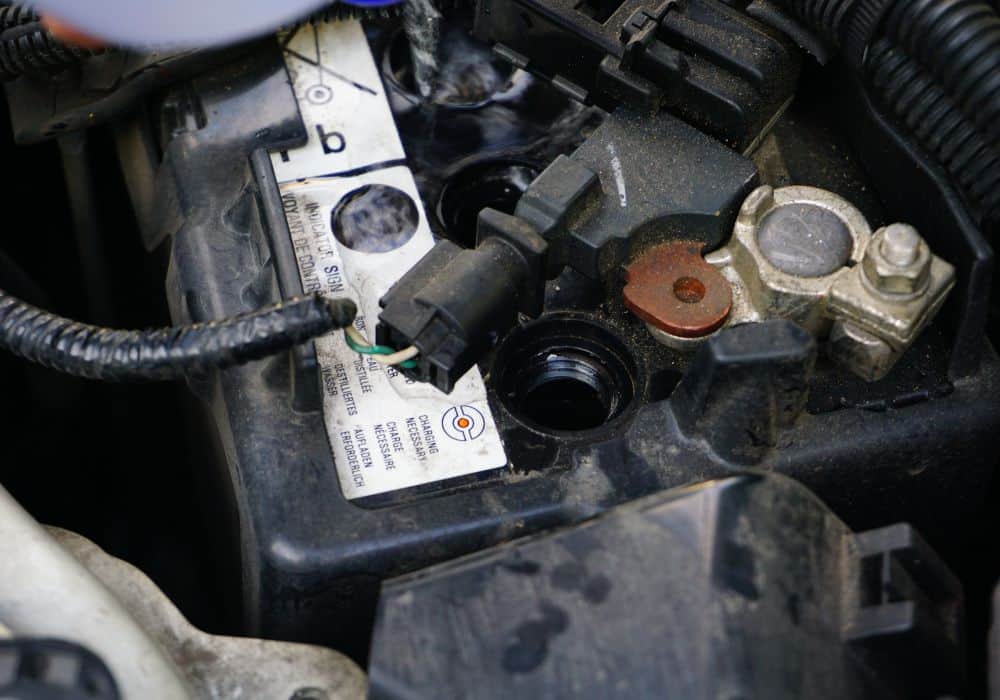 An alternator (serpentine belt) is an electric motor that converts mechanical energy from the car’s engine into electrical energy. It is one of the main components of a car’s electrical system.

The alternator is responsible for charging the car battery when the car is in motion and for providing power for accessories like headlights and taillights when the engine is not running.

A bad alternator can prevent battery recharge or cause it to fail completely. The most common issue is a loose or open circuit. This happens when the alternator isn’t able to produce enough current to power the battery.

Another common issue is an overcharged battery. The battery gets too much voltage, which damages it.

If you notice your headlights dimming or flickering, this could be an indicator of a problem with your alternator. If you’re in need of an alternator repair for any reason, it is best to get one done by a certified technician.

Do you know how long you’ve had your car battery? Because they need to be replaced around every three years. Old batteries usually have low capacity and will not be able to keep up with the demands of your vehicle.

Over time, the battery gradually loses its ability to hold a charge. The result? A slow drain on your vehicle’s power capacity.

In extreme cases, this could lead to problems like low fuel efficiency, difficulty starting the car, and even dead batteries. That’s why it’s important to know how a bad battery can affect the power capacity of a car.

How To Fix A Non-Charging Car Battery?

Now that you know the reasons that can affect the charging capability of a car battery, let’s take a look at some of the things you can do at home to fix the problem.

1. Test The Battery Life With A Voltmeter

2. Make Sure You Get A High-Quality Device

A good voltmeter should have an accurate display and several features, including low-voltage detection (which alerts you when you connect a battery that’s too low), over-current protection (which stops your vehicle if it detects an overload), and short-circuit protection (which cuts off a shorted cell automatically).

To check for blown fuses, start by looking at the fuses in your car’s fuse box. If any of them are missing or fried, replace them immediately.

The next step is to turn off your car ignition and unplug it from the battery before checking its circuit breaker. This will prevent any unexpected surges in voltage that could cause the electrical system to explode.

Finally, check the breakers, and terminals on all of the circuit boards inside your car, including the dashboard and all of the seats. If any breakers are open or missing, it means that one or more fuses have blown and need to be replaced immediately.

If car batteries are in operation for over five years, they will more than likely begin to malfunction, or completely fail altogether. Consider the time you’ve had your battery. If it’s more than three to four years, replace it with a new battery.

Sometimes, the reason for non-charging batteries can be as simple as another device or accessories draining a good battery.

Try removing any external draining devices and see what happens. If there is no change, take your car to a professional. Mechanics will use a load tester to observe the output of current and amps.

Car batteries drain slowly over time, especially in older models or extreme temperatures. If your car battery will not charge anymore, consider testing the battery with a voltmeter, check for fried fuses, and third-party devices to ensure there is nothing you can do yourself.

If you don’t notice a change in your car’s battery life after a few days, you should have your mechanic do an inspection to make sure everything is working properly and that nothing else needs to be repaired.