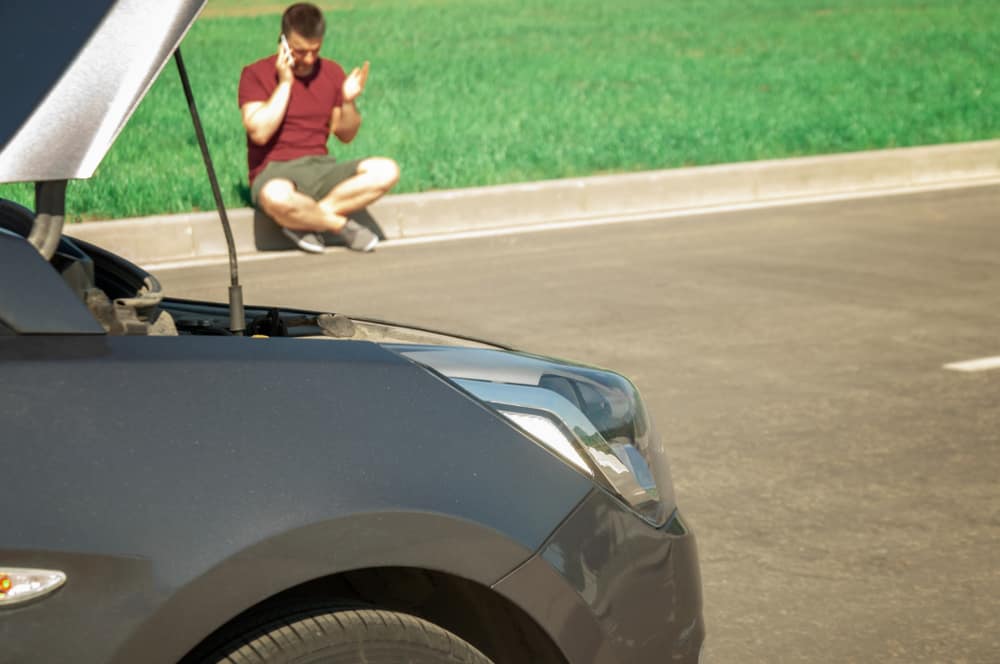 Getting a new car battery can solve a lot of problems but a few feelings are as frustrating as trying and failing to start your vehicle even though you just replaced the previous battery. What do you do in such a situation? Is it possible that you’ve been sold a bad battery? Or is the problem somewhere else?

So, car not starting new battery notwithstanding – here are our 10 explanations and what needs to be done to fix them.

The car not starting with a new battery

If you’ve just got a replacement for your car’s dead battery because the headlights were dim even after recharging and the voltage was just not enough, you can be forgiven to think that everything should run smoothly going forward. Yet, sometimes the problem just becomes even more complicated after the battery change. Here’s where to look as you go ahead with the troubleshooting:

Cold oil can sound like a ridiculous issue to some people but it’s painfully familiar to others. No matter how many times you crank the ignition key, if your car’s oil is too cold, it just won’t start, or, if it does eventually start, the risk of engine damage will be pretty significant because of the increased friction between the vehicle’s moving parts. Fortunately, the answer to this problem is pretty simple.

All you need to do in this situation is replace the cold oil with a new one that’s not at such low temperatures.

Cold weather can affect your car and even prevent it from starting in other ways too. In fact, it can directly affect the car battery too – even if it is new. Cold weather puts a major strain on car batteries and drastically reduces their operational strength.

Granted, this is more common for older car batteries but it can happen to a new battery too if the cold is severe enough, plus it can cause other issues throughout your vehicle’s electronics and its engine. 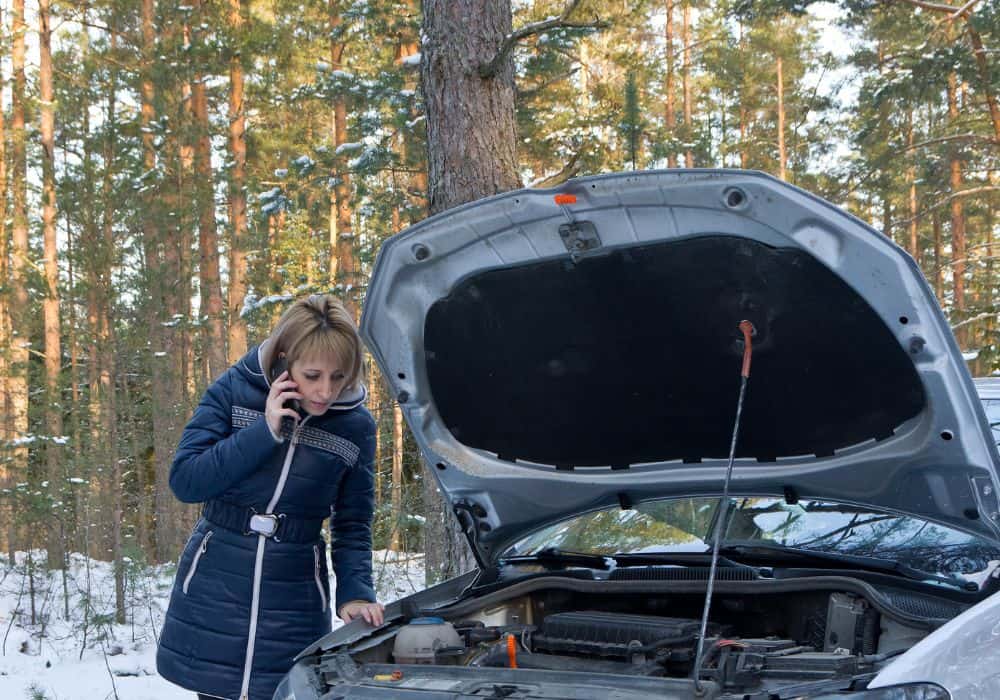 If it doesn’t work, wait a few minutes and try again. If it still isn’t working, you might need to push or pull the car somewhere warm such as a garage. Needless to say, this isn’t a particularly expedient solution but the car simply won’t start when the battery is essentially frozen, whether it’s new or not.

In some situations, it can be feasible to take the battery out and only take it someplace warm. If the battery is new, however, chances are that it won’t be the first or only part of your vehicle to malfunction in extremely cold temperatures.

If the problem is not in the car battery, the other most common reason is a malfunctioning alternator. If the battery was brand new and fully charged, it will last for a bit but as long as the alternator isn’t working properly, it won’t be recharging the battery.

This means that the battery’s charge will get depleted relatively quickly and you’ll be left on the road as if you never replaced your old battery. The reason this is so incredibly common is that people often replace their old dead batteries and fail to consider that something else might be amiss too.

If there is a burning rubber smell coming from under the vehicle’s hood or if there are flickering gauges, it’s likely that the alternator has overheated. Likewise, if the climate is especially cold and damp, that too might have led to a malfunctioning alternator.

The solution, in either case, is to get a replacement alternator.

In modern cars, virtually everything is run by the onboard computer. The benefits of this are numerous but there is an obvious drawback too – computers can sometimes have issues too. Outdated software and glitches can happen even to new cars regardless of what’s the condition of the car’s battery.

A very common reason for car computer issues is if someone – usually a child – has been playing with the dashboard and has accidentally bugged it out by mashing too many buttons at the same time. If the dashboard lights are flashing in an inexplicable manner, that’s likely the problem.

If the problem is in the computer’s software, a hard reset is usually all that’s needed. Exactly how you should go about it depends on your car’s model, however, so make sure to check the user manual for more details. If a hard reset to the factory settings doesn’t do the trick, you might need to replace the computer itself or look for the problem elsewhere.

If you’re noticing clicking sounds when you’re trying to start the car, the more likely culprit is the starter relay rather than the battery. Such clicks would indicate that the starter is trying to make contact but something with it is not working properly.

Another way to identify the starter as the core problem is if there is power to the car and the lights turn on but the engine just refuses to start.

Unfortunately, a bad starter just needs to be replaced as there’s not much else to do about it. This can be easy if you’re in an urban environment but can be tricky if you’re on the road. 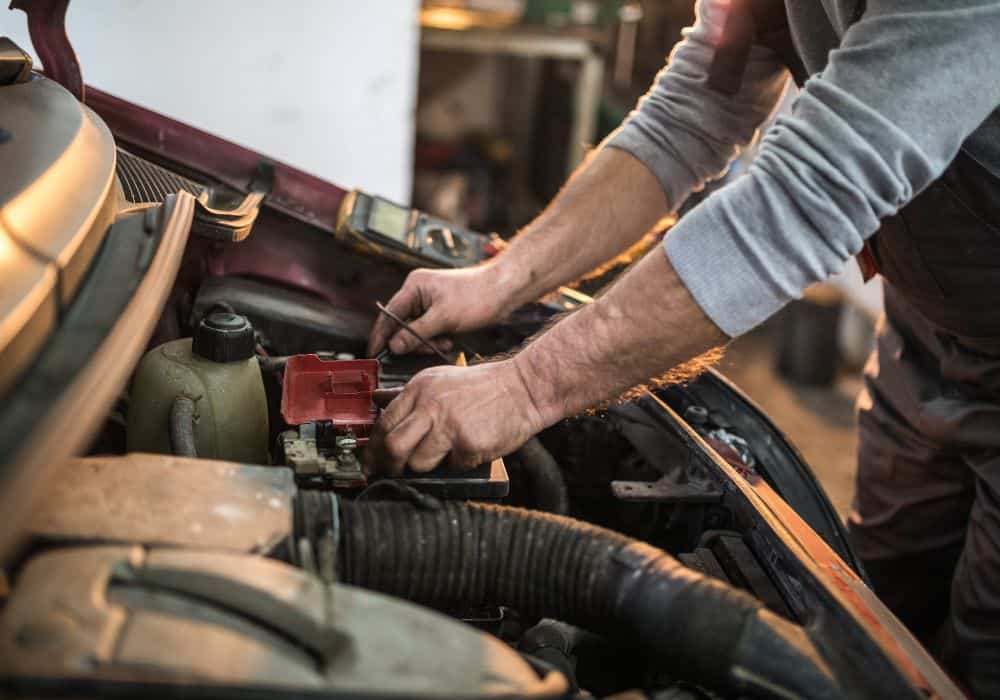 Aside from the starter, there are lots of other additional electrical components and other parts in a car that can go out of order. These can include:

Most of these issues require a professional mechanic to fix, however, as well as replacement parts.

Back to the battery, even if the new battery is in perfect working order and fully charged, it can still be the cause of your headaches. A common reason for this is if you just haven’t installed it properly.

Also, are you sure that the new battery is of the appropriate type for your vehicle? You’d be surprised at how often people get the wrong battery for their car and then wonder why it won’t start.

In essence, trace your car battery installation steps and make sure everything is in order.

If the engine stalls even after you’ve replaced the battery, there is a solid chance that the battery was never the problem and you mistook the symptoms of a seized car engine for a bad battery.

The “solution” we’d recommend here is to just call a mechanic as it will likely need a very extensive repair. If the engine seems to be seized after being inactive for too long, you can try pulling the spark plugs out of the cylinders and filling the latter with engine oil before letting them sit for a few days. If that doesn’t work (or you don’t have a few days), just call a mechanic instead.

Replacing the battery often doesn’t solve the issue because we fail to notice the issues with the battery connectors. If the new battery’s terminals are in perfect condition but the old connectors are still covered in corrosion, they still won’t be able to transfer the necessary volts properly, regardless of how many times you poke with the multimeter, wondering what’s going on.

Simple – clean the corrosion off the connectors. You can use simple baking soda or vinegar for that, as well as some commercial products. While you’re at it, look for corrosion in other places too – you don’t want any of it anywhere in your car.

10. Not enough fuel in the fuel tank

Last but not least, the most obvious and rookie mistake – an empty gas tank. We almost hesitated to add this one as it’s just too obvious but it’s not uncommon for first-time drivers to look over that issue and start overthinking about other potential issues.

The solution here is pretty self-explanatory – just fill up the fuel tank and everything should be in order.

All in all, it’s an understatement to say that there are quite a few things that can go wrong in an automobile. Funnily enough, the potential issues to look into seem to become more and more the newer the model is and the more complicated its electronics are.

Still, even though there are a lot of potential problems to watch out for, most of them are pretty manageable, especially if you notice them at home and not on the road. Most do require getting replacement parts, however, so, if trouble befalls you on the road you’ll usually have to call roadside assistance for help.