Skip to content
UniEnergy Technologies » Can I Charging a 24-Volt Battery with a 12-Volt Charger? (Why & How) 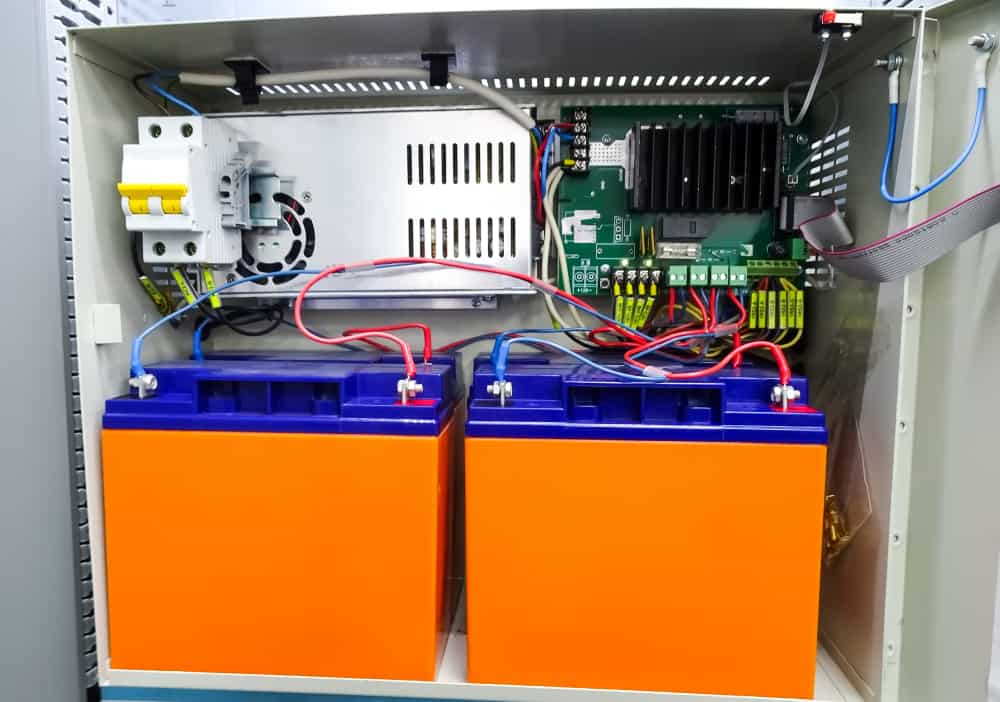 Do you have a 24v battery that you want to charge? That’s all fine, except what if you only have a 12-volt charger? You may be wondering if you can actually charge that battery on that charger.

Good news! You’re in luck, because there are a few ways that you can charge your 24-volt battery with a 12-volt charger. In this blog post, we will explore the options that you have at your disposal. If you’re ready, then let’s get started!

Can You Charge a 24-Volt Battery on a 12-Volt Charger?

Most people are familiar with the standard battery voltages of 12, 24, and 48. These voltages refer to the battery’s nominal voltage, or the voltage at which the battery is fully charged.

However, the actual voltage of a battery can vary depending on its charge state. For example, when a battery is completely discharged, its voltage will be lower than when it is fully charged.

So, if you have a 12-volt charger and a 24-volt battery, you can still charge the battery. The trick here is that you will just need to be aware of the voltage difference between the charger and the battery and act accordingly. 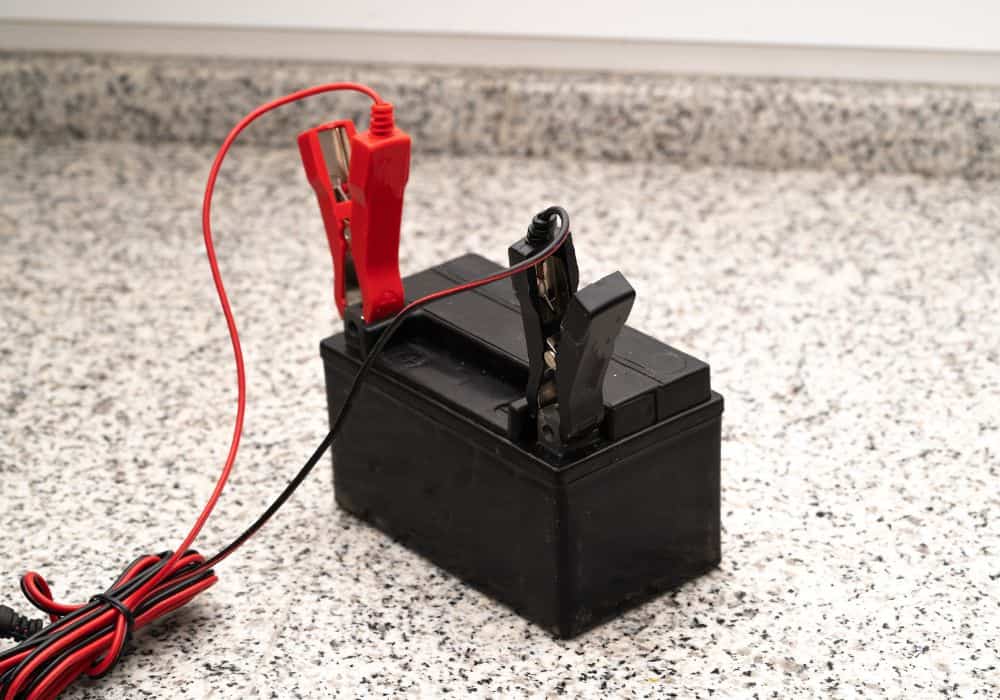 Before we get too deep into the subject, you will want to understand the unique nature of 24-volt batteries.

Oftentimes, 24-volt batteries are used in larger vehicles, such as buses, large trucks, and fishing boats that require a trolling motor. They are also often used in power tools, electric scooters, large boats, and in RVs to help manage solar power.

Lead-acid batteries have a higher voltage when they are first charged. As we mentioned earlier, a battery’s voltage will drop as the battery discharges, and when the battery is fully discharged, its voltage will be lower than the nominal voltage. Also, it’s important to never overcharge these batteries, as that will damage them.

As you can imagine, lead-acid batteries use lead-acid battery chargers because of their unique qualities. These chargers actually have a feature built into their design that prohibits the battery from being overcharged.

Any old household charger won’t perform in the way that supports a lead-acid battery, so if you’re not careful, you’ll actually damage your 24-volt battery on anything less than a 24-volt charger.

In other words, it goes without saying that in a straight exchange, 12 volts is not enough to charge a 24-volt battery.

But we did say that it’s possible. To do so, you will need a few workarounds to make it happen. Here is what can be done. 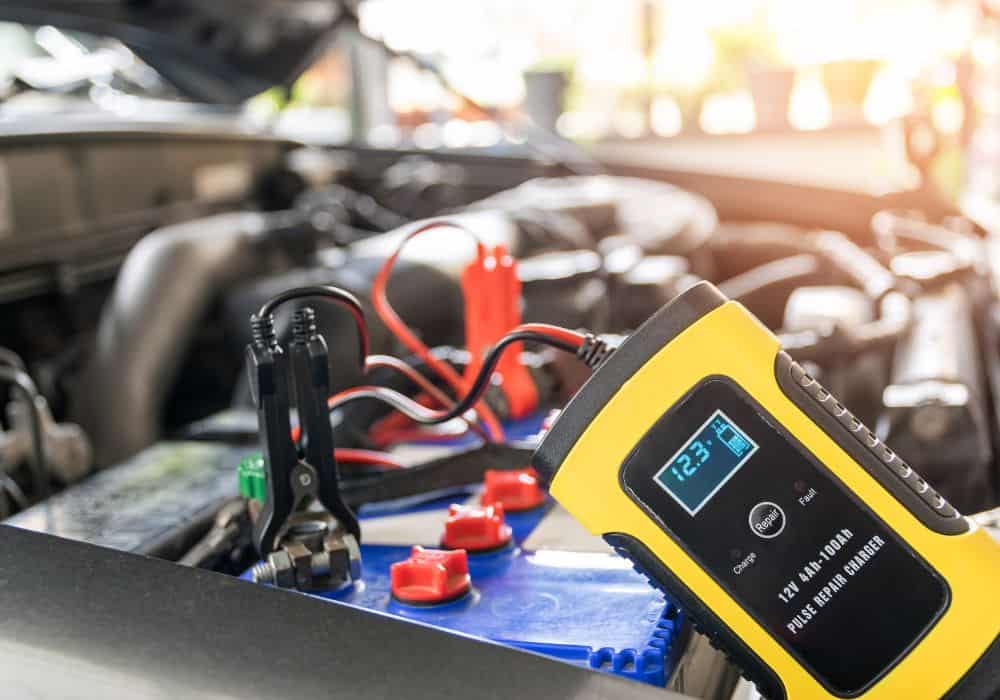 Method 1: Use a 12-Volt Trickle Charger

If you must use a 12-volt charger, one of the best ways to do so is with a trickle charger.

Trickle chargers are a special kind of charger that are designed to charge lead-acid batteries in a slow and steady manner over time. They work well for batteries that you don’t use all the time but want to keep charged at any given moment, such as a car battery. They don’t let lead-acid batteries get too discharged either, which is something that could damage their battery life.

Plus, trickle chargers are a perfect solution for those who don’t want to or can’t babysit their battery as it charges.

So, there are some tips need to be mindful if you are going this route to charge your 24-volt battery:

Method 2: Use a 12-Volt Alternator

If you have a 12-volt alternator, then that is another good option you can use to charge your 24-volt battery.

But how does that work, exactly?

An alternator is a device that uses the power of an engine to generate electricity to send through the entire electrical system. This electricity then charges the battery.

By using a voltage regulator, a 12-volt alternator can charge a 24-volt system. This works because the voltage regulator controls the input voltage and the voltage output, maintaining a safe level of electrical current so that it doesn’t overload the system and damage the battery.

More specifically, if your 24-volts come in the form of a battery bank (or called a system) of 12-volt batteries, then you can just go ahead and use the 12-volt alternator. However, if it’s an actual 24-volt battery, as opposed to a system of batteries, then you will need to use a voltage converter before you can charge it with a 12-volt alternator.

Other Methods of Charging

There are a few other basic methods you can use to charge batteries. They include:

But just like the other charging methods we looked at, a 24-volt battery cannot be directly charged with a 12-volt battery charger. There must be a way to step up the 12-volt charger, such as a boost converter or one of the other methods mentioned here.

Now that you know all about how to charge a 24-volt battery with a 12-volt charger, let’s look at a few frequently asked questions that people have about these kinds of batteries and chargers. 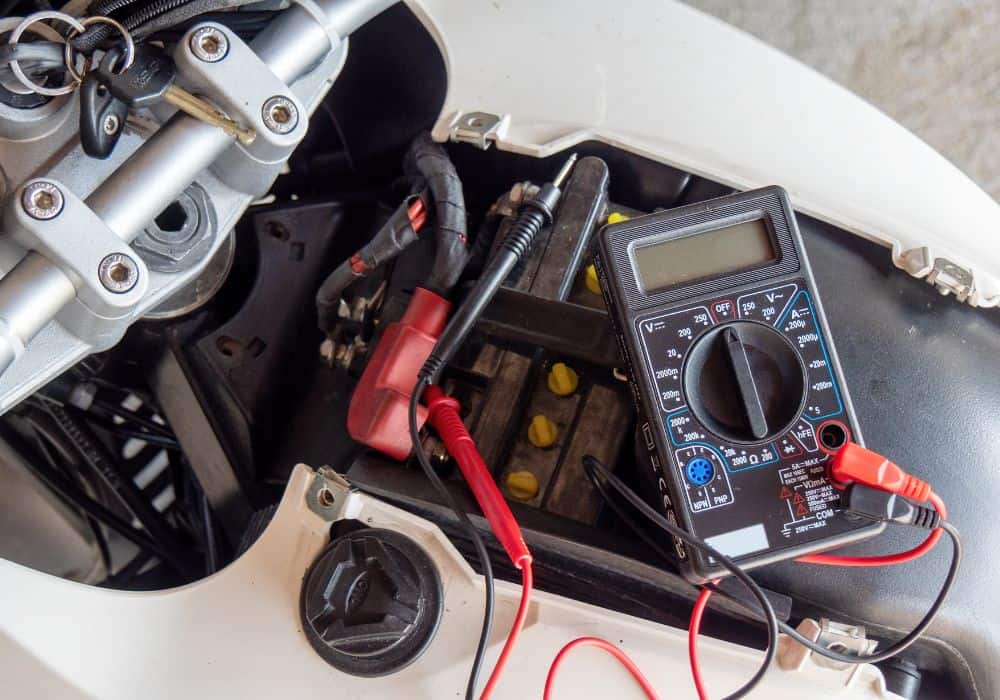 In a parallel circuit, the batteries are all connected together in one big loop. The voltage stays the same, but the capacity (or amp hours) goes up.

In a series circuit, the batteries are all lined up end-to-end. The voltage goes up, but the capacity stays the same.

2. What is the difference between a deep cycle battery and a trolling motor battery?

3. What is the difference between battery capacity, voltage, and terminals?

If you have any more questions about charging a 24-volt battery with a 12-volt charger, or if you have any tips to share, please leave a comment below!