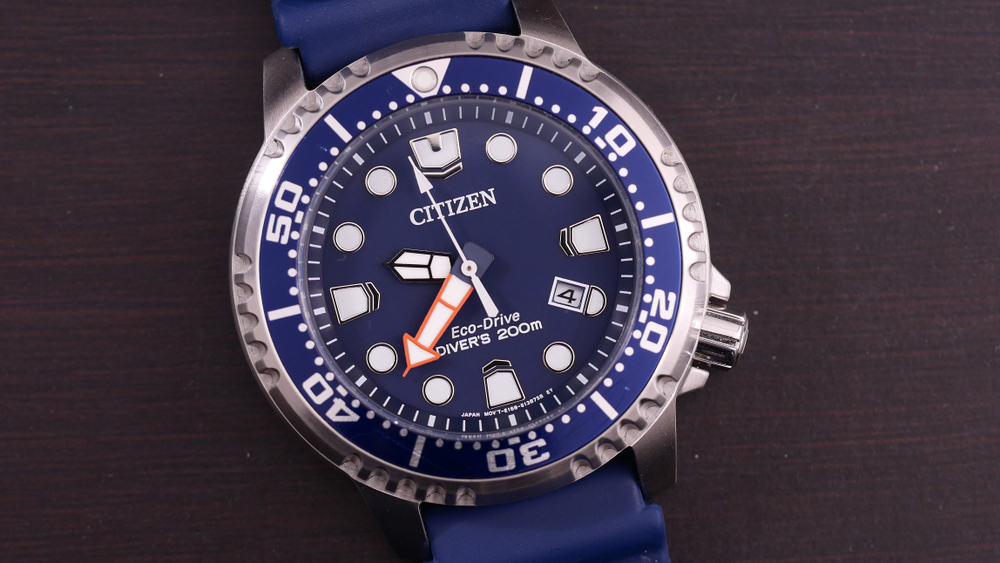 Nobody likes having their watches stop out of the blue with no warning. Imagine going on a trip with your friends and having to deal with a dead watch or gadget. It can be quite frustrating and not mention, embarrassing even.

Let’s give you a brief run-down on what eco-drive is all about and the battery replacement cost.

Eco-drive is a range of wristwatches made by Citizen Watch, and its main source of power is light. Most people believe that Eco-drive watches last forever, but in a nutshell that’s not the case, because they’ll need repairs and servicing at some point.

Citizen Eco-drive watch uses any type of light to recharge itself, even a flashlight, and it has gained its reputation for being able to be recharged virtually anywhere without using a battery.

It converts every type of light into energy and it stores the excess energy in the power cell. When fully charged, it can run for at least six months without any issues, so if you wear your Eco-drive timepiece regularly, it’ll be recharged automatically.

How To Replace Citizen Eco Battery?

Eco-drive doesn’t need any battery replacement, because it has no actual battery, just a solar conversion panel. Yes, it’s quite misleading as people tend to think it operates with a battery because Citizen refers to its energy cell as a “secondary battery.”

When your eco-drive abruptly stops working, that’s a sign that it needs to be recharged. Your watch will always be exposed to light, even the tiniest bit, but in a case where you keep it locked up in a dark place for months, there’s a possibility that it’ll lose its power and stop working.

Based on your eco-drive model, the amount of time you need to expose it to the sun will vary. In general, when the weather is sunny, you can recharge your watch for approximately 3.5 hours, and when it’s a bit cloudy, you might need to stretch for at least 9 hours.

So, you do not need to replace any battery, as there’s no actual battery in the first place.

Normally, your watch is expected to move at the 1-second interval, but when it moves at two seconds, that’s an indication that your watch has stopped and needs to be charged. Eco-drive has a low charge warning mode that detects when the energy cell is low and needs recharging.

If your model has certain advanced features, you may notice that they aren’t functioning again, and this is because it’s operating in a low state.

So, when this happens, you are expected to expose it to a bright light until it’s fully charged. Some models have 180 days of power reserve after being fully charged, while higher models with the power save feature can last up to 5 years.

What Type of Repairs Does My Citizen Eco Drive Need?

As we stated earlier, eco-drive operates without batteries, and that means you don’t have to do any battery replacement, but that’s not to say there aren’t other repairs you need to do.

Let’s take a look at a few reasons why your watch might need servicing;

The solar cell or capacitor of your eco-drive won’t last forever, and it’s this solar cell that’s termed the “secondary battery.” So, if you have been hearing about a battery replacement, then the solar cell is what’s being referred to. The solar cell lasts an average of 20 years before you need to replace it, and you’ll need to take it to professional service centers to get it replaced.

The citizen eco-drive is the thin disc of silicone placed under the dial; its task is to convert light into energy, and this energy is stored in the solar cell. So, when this solar cell gets damaged, it’ll be impossible for your watch to retain power unless you get a new capacitor.

Exposing your timepiece to extreme temperatures or even water can damage it, so you might want to check the water resistance quality of your timepiece. Some eco-drive models are classified as water-resistant, but that’s not a license for you to submerge it in water for long hours.

If your citizen eco-system gets damaged as a result of water, it means that you’ll have to change the gasket, and the price of this will vary depending on how badly affected it is; that’s why it’s important to learn about how much water your watch can resist.

Also, when charging your eco-drive, it’s recommended that you follow the manufacturers’ rules in the instruction manual, so you are not exposing your watch to harsh temperatures.

Keep in mind that the most effective way to charge your citizen eco-drive is with sunlight.

What Is the Life Expectancy of Citizen Eco-Drive Battery?

Based on findings gotten from Citizen watches, the solar cells in Eco-drive watches won’t last forever, however, the watch itself is built to last forever.

The solar cells can last for up to 40 years, but the charge capacity can decline as the watch ages. The solar cells are high-end, so there’s quality is top-notch, so regardless you’ll still get at least 80% performance.

Exposure to high temperatures can cause the energy cells to damage faster, so it’s important that you do not hold your timepiece so close to light bulbs as the temperature is not supposed to exceed 140 degrees Fahrenheit.

The truth is that there’s nothing like citizen eco-drive battery replacement, as they have no watch batteries. However, it’s not maintenance-free either.

For those who are using water-resistant models, the gasket will need to be replaced at regular intervals to maintain the efficiency and quality of the watch. Even when you don’t use your eco-drive and keep it in a closed drawer, you still need to get the watch gasket replaced.

Lastly, remember that when there’s a lack of light, the solar cells stop generating energy, and this will cause your watch to stop.