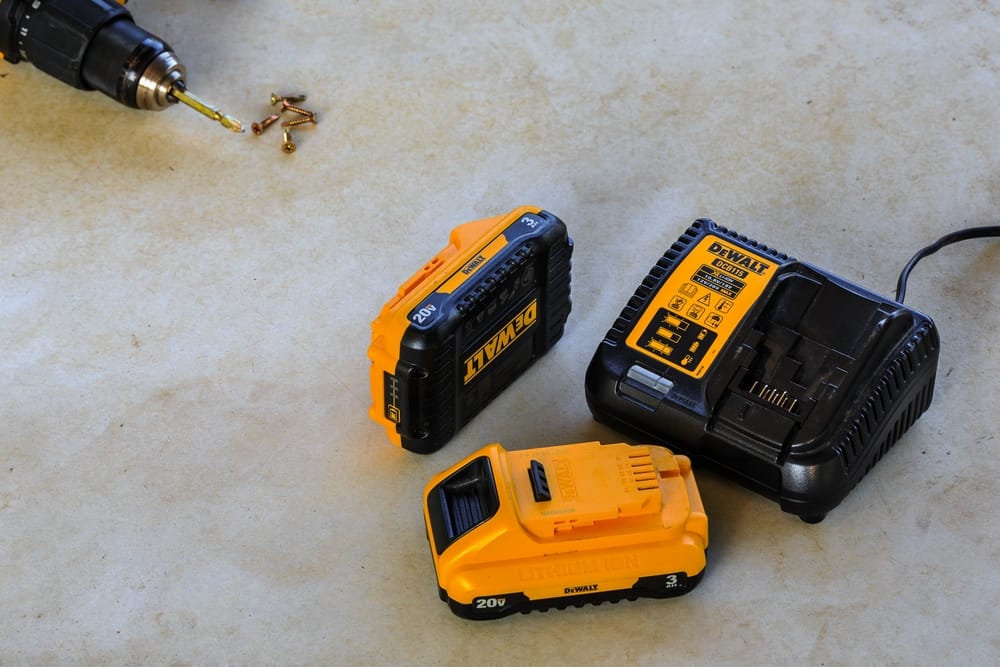 DeWalt batteries have been with us for many years offering lasting energy and power supply to machines and appliances. The batteries are based on the XR lithium-ion chemistry, making them durable and lightweight. Irrespective of its abilities, as with many batteries, there are faults strange to DeWalt batteries, one of them being the DeWalt battery not charging.

But how can you tell if your DeWalt battery is faulty? The red light might stop blinking when the battery attains a full charge. If the charge lights go off, the battery pack is faulty, and the charger will stop. No lights indicate a bad battery or issues with the battery charger.

Like all battery models, DeWalt batteries always go through things that don’t allow them to charge. Fortunately for you, this piece addresses the common issues and ways to solve them.

Causes of DeWalt battery not charging

You might experience issues in charging your DeWalt battery due to different reasons. This includes:

What to do when your DeWalt battery doesn’t charge 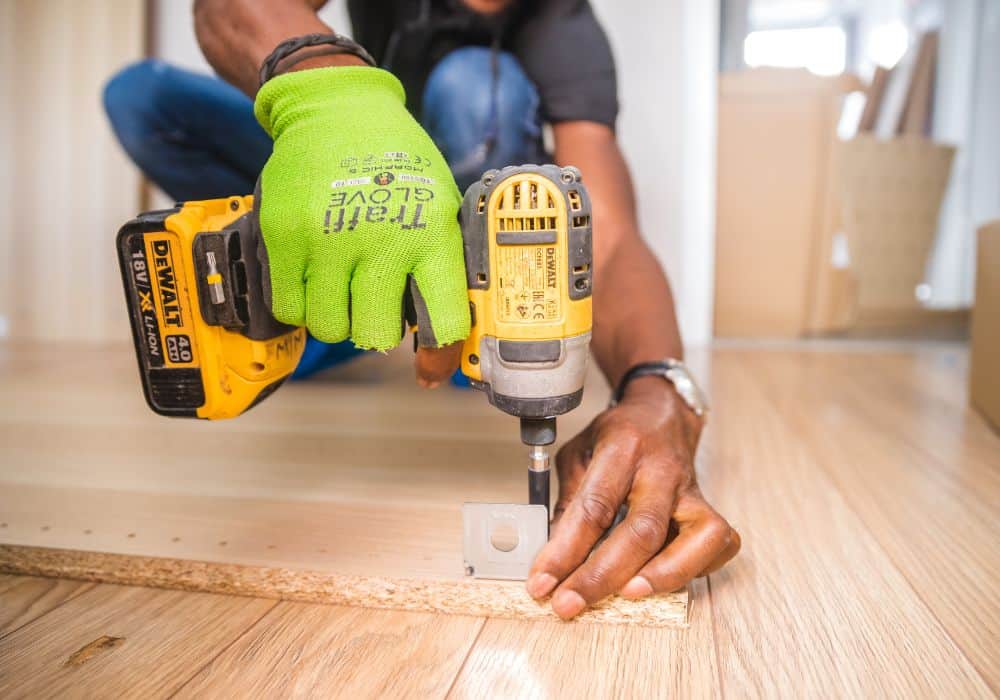 You can apply many methods to ensure the dead battery is back to life and can hold a charge. Here are some of the options to consider.

If your battery isn’t charging, the more straightforward fix is to ensure the charge is connected to a working outlet. Connect another device to that outlet and ensure its functioning. If the outlet is faulty, try another outlet and determine if the charger’s red lights pop up when the DeWalt battery is connected.

While this seems incredibly simple, it can cause problems in most cases. Maybe a fuse is damaged, or the outlet is faulty. Don’t ignore this step, as it can save effort and time.

2. Connect to another functional battery

Here, you’ll need another fully charged DeWalt battery. It’s possible to boost the charge from a healthy battery to a dead one. It would help if you had two pairs of scissors, razor blades, or unfolded paper clips. Once you’ve assembled the necessary tools, follow these steps:

3. Ensure the charger is functional

While the battery charger is connected, try another DeWalt battery. This will help you determine if your battery has issues or if the charger isn’t working. When you connect the different batteries, and the red light appears, the charger is ok. So, you’ll know the problem is with your battery.

If you don’t see the light on the battery charger even after plugging in a different DeWalt battery, that means your charger is faulty. It’s rare, but you can’t have two faulty DeWalt batteries. If the problem is with your charger, contact DeWalt since most batteries come with a three-year warranty. 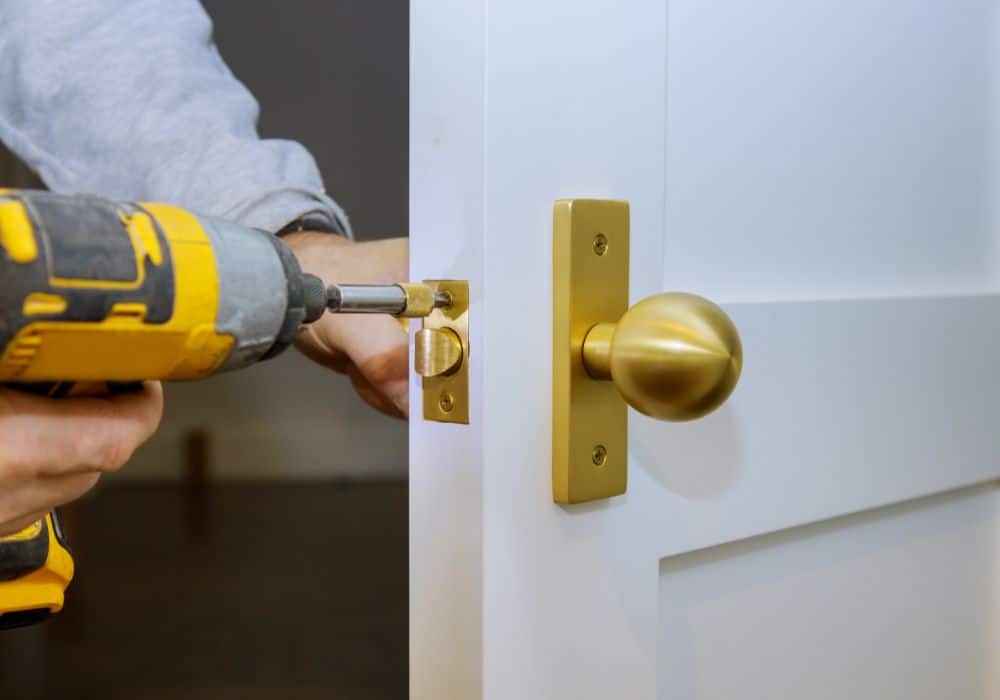 Sleep mode is when a battery is drained, dying, and takes some time to boost. This happens when the battery is left uncharged for many days or undercharged.

One of the effective ways to bring your battery out of sleep mode is charging it slowly and in controlled bursts till it’s fully charged. When in sleep mode, your battery is slow to recharge, thus the need for the controlled technique. Here is what to do:

5. Clean the terminals of debris and dirt

Occasionally, debris such as corrosion, dust, or dirt can be seen. But even if the battery appears clean, there might be unseen gunk that can interrupt the connection. Cleaning the terminals removes the dirt, letting current flow uninterrupted into your battery. Get sandpaper with a finer grit and a clean rag to clean the terminals. You’ll need a charger to test your battery after cleaning.

Plug in the charger to find out if it responds, and then charge your battery. If there are rusty terminals, scrub them until you get rid of the rust. If the terminals have dirt, use a clean rag to wipe them and charge until they are clean.

The battery terminals are tiny and hard to get access to. So, you can use sandpaper or an envelope folded over. You need something strong not to lose its shape or crinkle when you insert it in the terminal slits. You can dip the envelope or sandpaper in rubbing alcohol to make the cleaning efficient. Use the charger to test if the battery responds to charging.

6. Use an alternate current adapter

For this method, you’ll need an AC charger, a screwdriver, pair of scissors, and a wire stripper. Here is the process:

If you do all that and your battery fails to charge, you might need to call customer support for professional help and possible replacement.

Tips for resetting your DeWalt battery

Most people don’t know how to reset their DeWalt batteries. This is a quick and straightforward process.

The red light shouldn’t flash or blink but stay on. The red light blinking indicates that your battery isn’t properly connected to the charger or your DeWalt battery is in sleep mode. Remove the battery and return it or charge it to solve the problem. If this doesn’t work, use another healthy and fully charged battery to try the slow or contact charge technique.

Other lights on your charger will indicate different things. For instance, the yellow light shows that your battery is nearly full, and the flashing green light indicates it’s almost fully charged. 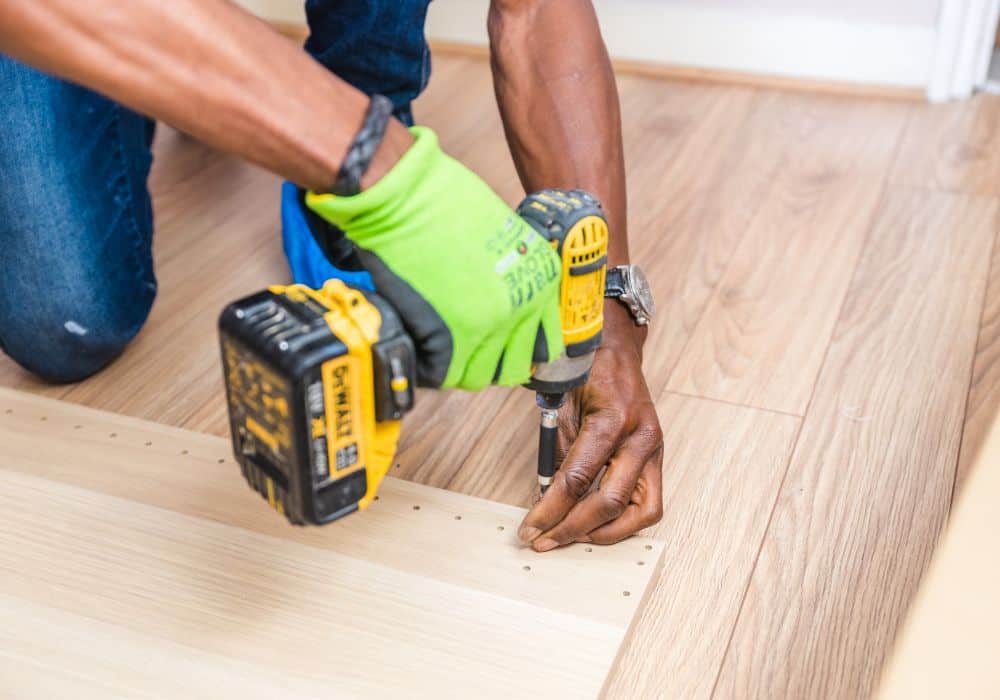 DeWalt batteries are famous because of their lifespan. A DeWalt battery’s lifespan depends on external factors like its charge condition, temperature, and humidity before storing it. Dewalt batteries can last up to three years. These batteries have other different traits that make them the best choice:

Different things can make your DeWalt battery not charge. Fortunately, you can try these fixes to give your battery a new life.

If your battery doesn’t charge past two bars, try testing the charger with a good battery to determine the issue. If the issue persists, call a technician to diagnose and fix the problem. After reading to this end, we believe you know why your DeWalt battery isn’t charging and know the fixes that can help you get your battery back to life. However, comment if you have questions about the DeWalt battery not charging.