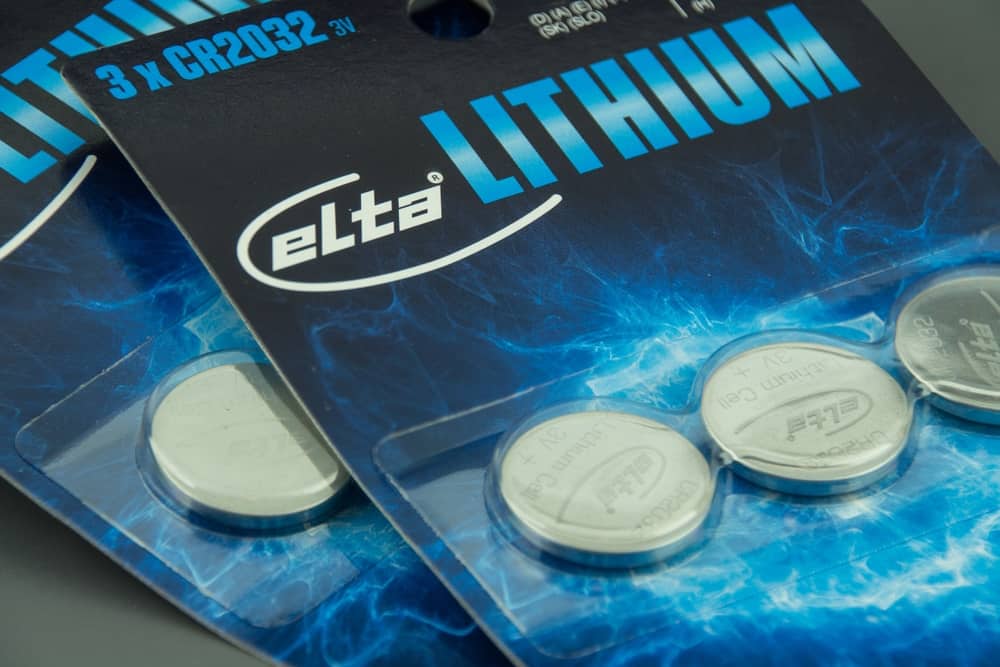 It is quite natural to feel confused between the DL2032 and CR2032 batteries. You may be wondering if they are really the same, as they do have “2032” as an overlapping component, but what about the “DL” and “CR” prefixes? Does this mean they are absolutely different from one another?

Well, selecting coin-sized batteries does require staying very keen about their specifications. However, is it really the case with DL and CR 2032 batteries or not? If you’re curious to know the answer, we got you covered.

Why Selecting the Right Battery is Important?

Usually, people assume that selecting a battery is not something that requires great caution. But in reality, you have to really match the voltage and current required for the device to function properly. And that is what creates a big confusion between DL2032 and CR2032 batteries: are these two batteries the same? If this is not the case then, what is the striking difference between these two coin batteries?

This article talks about all the confusion and questions circulating about the CL2032 and DL2032 batteries. However, before we answer that question, let’s dive a bit deeper into this topic to understand the two batteries, i.e., DL2032 and CR2032 before we give a final one-word answer.

Let’s Get to Know the Two Batteries Better!

Most of the time, people feel confused when they are approaching a situation with half the knowledge or a mere surface understanding. Both the batteries come in a circular shape and are sized similarly to a coin. However there are a few subtle differences, but before that, we are going to help you with that by sharing all the important information to familiarize yourself better with the two batteries.

DL2032 is manufactured by Duracell, and it’s a 3-volts Lithium-based battery. The best thing about this battery type is that it has been designed keeping in mind the long-term usage convenience for the general user. Its maximum capacity is around 230 mAH to 240 mAH, and it’s about 20mm in diameter and about 3.2mm thick.

Let’s shift our focus to CR2032 batteries. These batteries come with a capacity of 220 to 230 mAh and are Lithium Manganese Dioxide batteries. The size-related dimensions are similar in both cases. This battery comes with a considerably high energy density and discharges evenly enough. It is also quite well known for having more stability in power supply even during long durations of usage.

You may be wondering why the two batteries, even though they are manufactured by different companies, have the same number, i.e., 2032. Well, this number is actually a carefully composed serial number that has an interesting meaning. It represents the physical properties of a battery. The first two digits in the series refer to the battery diameter, and the last two digits refer to its thickness. So, for DL and CR 2032, 20 corresponds to a 20mm diameter, while 32 corresponds to a 3.2mm thickness.

So, overall, the DL and CR batteries have exactly the same model number, i.e., 2032. They have similar voltage and capacity and discharge current values. The maximum temperature for efficient operation is also the same (60 degrees Celcius), and both are non-rechargeable batteries.

Both the batteries come with an amazingly long shelf life of 10 years. However, that is not true for every single 2032 battery. So, be sure to check the promised duration that’s mentioned by the brand. But that’s for the shelf life; when in active use, how long this battery would survive depends largely on the load that it is going to bear.

So in active use, it is really going to depend on the device that they are used for. So, for instance, if it’s 210 mA current, the battery will only last for an hour; that doesn’t sound like a lot. But usually, the devices in which these types of batteries are used require very less power, and the load is usually ten micro-A. This means that the battery can go through 2 years and 145 days of constant usage, which is definitely very impressive.

Let’s Talk About The Limitations

You have to remember one thing all the time, and that is there is no perfect battery! There are going to be some limitations and shortcomings, no matter whatever brand or battery type you’re selecting for yourself. So, having a few shortcomings is not necessarily a dealbreaker, but it is always good to stay aware of the specifications and what are the things that can go wrong.

So, let’s get started with the shortcomings of DL2032. One of the biggest issues with this battery type is that after you have replaced them once, these batteries will gradually deteriorate. You will notice a noticeable and steady decline in the voltage and usage time. Another thing that puts off your mood may be the absence of any recharge functionality.

Moving on to the CR2032, you will find that these are non-reusable, which also means that these cannot be charged either. This battery also has a comparatively lower ability to draw the current but would cost you slightly more than the DR2032.

Generally, these two batteries are considered to be absolutely identical and interchangeable. However, there is always a fine print lying in the backgrounds, but it’s quite hard to pinpoint what’s really different about these battery types because they are similar in voltage capacity, size, shape, and purpose! Both the batteries are absolutely non-rechargeable and have lithium. There are a few differences between the two batteries, so let’s discuss those now. 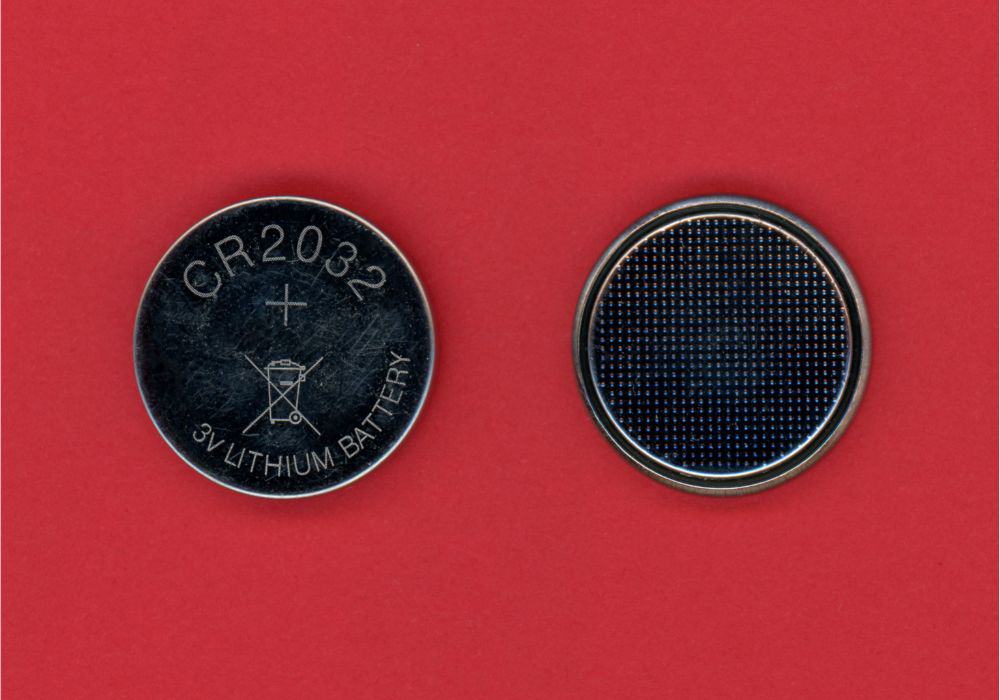 One of the most obvious reasons, among other compelling ones, could be the difference in their manufacturing brand. CR2032 is a common label for all the 2032 batteries, while DL is a short form for Duracell. While CR2032 is commonly manufactured by Panasonic. Both companies are quite famous for their products and their high-quality standards. However, there are other companies as well that are nowadays manufacturing these small cell batteries and are trying to compete with the long-standing giants.

3. The difference in the Operating Temperature

The Duracell battery is classified as a coin cell while CR is a Lithium based version of the coin cell.

Some Battery Safety Issues are to Be Considered

When it comes to these coin batteries (i.e., 2032), they do not contain toxic chemicals like cadmium or mercury, so it’s not an extremely worrisome situation if you happen to have a leakage. However, it is still important to keep standard safety and cautious usage practices in place.

Moreover, another common hazard is that your pets or kids may find these small coin-like batteries quite attractive, and there is a choking risk if they engulf them. Furthermore, even though they do not have cadmium or mercury, Lithium Manganese Dioxide can cause several health complications (e.g., chemical burns) if ingested. In case of any accident related to these batteries, especially if someone ingests them, you have to rush to the hospital and call for professional medical help immediately.

It’s time to sum up, our discussion on the two 2032 batteries by DL and CR. Although coin batteries often require a lot of care and caution during the selection phase, with Duracell 2032 and CR 2032, you can’t go wrong because they are quite similar to one another. If, however, you have a favorite manufacturer, then you can definitely prefer that, but interchanging with another won’t damage your device at all.

Yes, they happen to be very similar. Both the batteries look exactly alike and can be used for the same type of devices. Moreover, they also have the same functionalities, but there are minor differences. However, these subtle differences don’t really impact their functionality big time. So, you can conveniently use them for similar appliances without breaking a sweat.

Although they are very similar, and in almost all electronic devices, you can comfortably interchange them without hitting any issues, the DL coin cell battery comes with a high capacity as compared to the CR version. The CR battery has 220 mAh capacity while DL has 240 mAh capacity. This means that the Duracell 2032 battery will last longer in comparison with the CR2032. So, you can say one is slightly better than the other.

Since several brands manufacture 2032 batteries, it is not going to be exactly similar. For instance, there is an LR2032 that can be recharged, but you cannot recharge a DL2032 battery. But these minor differences are aimed at enhancing performance or adding new features. The only difference is that DL is manufactured by Duracell, and CR is manufactured by Panasonic.

4. What are they used for mainly?

Since both these batteries are almost similar, their usage is also for similar appliances or devices. Some of the devices that they are commonly used for include garage door openers, toys, clocks, games, LED lights, calculators, etc. Once you know what each battery is used for or what they stand for, you will be able to make a better decision about whether or not to interchange them.