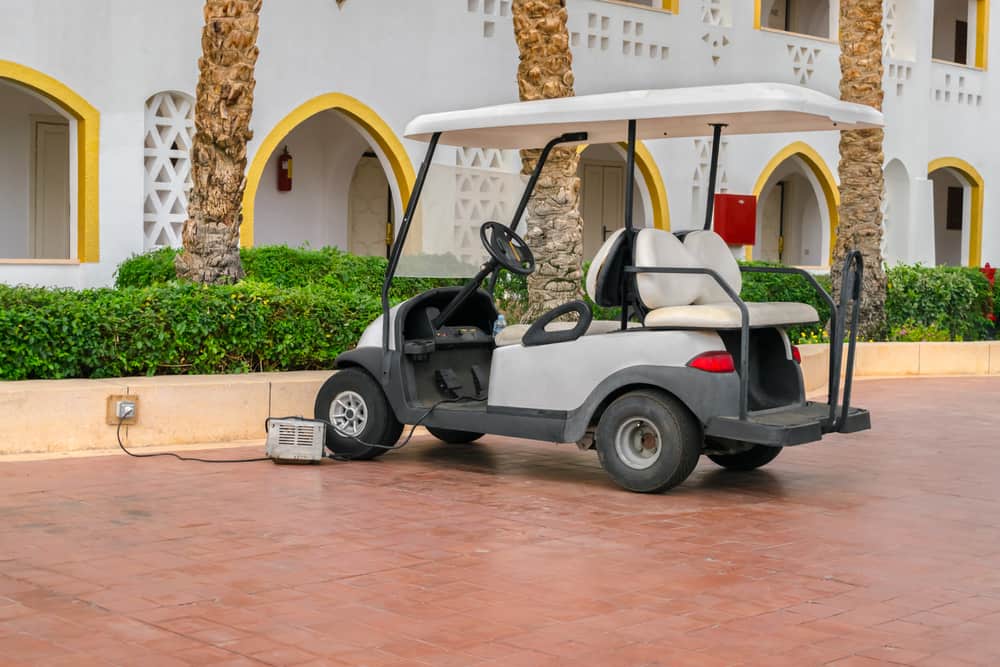 Golf carts are the perfect vehicle for most golf courses but even as reliable as they are, they too can have some seemingly inexplicable issues. Most notably – issues with the golf cart charger and battery. Sometimes the battery empties way too fast, other times it takes forever to charge, and then there are the annoying cases of it not charging at all.

So, is your golf cart battery charger not working? If so, below we’ve detailed the main reasons why that might be the case and what you can do about it.

Why is your golf cart battery charger not working?

Realistically, there can be many different reasons for golf cart battery and/or charger issues, especially when you consider the various golf cart models and battery types. Each of those can be worth a separate article but below we’ll go over the main 6 issues that are not only the most common but are also applicable to all types of golf cart batteries.

1. Your batteries might be in sleep mode and the charger doesn’t detect them

A very common issue not just with golf cart batteries but with most other types of batteries is their “sleep mode”. This isn’t an intentional mode batteries are supposed to operate in, of course, but is what happens when the battery has been so thoroughly depleted that it shows no signs of life for the charger to detect.

This isn’t a charger problem, however, as any type of charger, be it an automatic golf cart battery charger or any other would need a minimal amount of voltage in the battery to recognize it as functional. Without at least a little voltage, automatic chargers and other types simply won’t start charging the battery.

2. Corrosion or dirt buildup on the battery terminals may be preventing a proper connection

The simplest and most “duh” issue to face is the presence of too much dirt, dust, debris, rust, or corrosion on the battery and/or charger terminals and plugs which prevents a proper battery connection. This is a very straightforward issue as the presence of such issues on the positive and negative terminals simply prevents the transfer of volts from the charger.

As straightforward as that issue is, however, it’s also very easy to overlook which is why this is such a common problem.

3. The device’s computer may be stopping the charging sooner or later than it’s supposed to

Another problem that’s more specific to golf cart chargers than certain other types is having an issue with the cart’s onboard computer. Whether the issue is in the circuit boards or the software, sometimes the cart’s computer just randomly decided to stop the charging process too soon or to keep it going for much longer than it’s supposed to.

You may also hear a clicking sound in some cases when inserting the battery in the charger which would indicate that the charger knows it is supposed to charge your battery but something is stopping it from doing so. 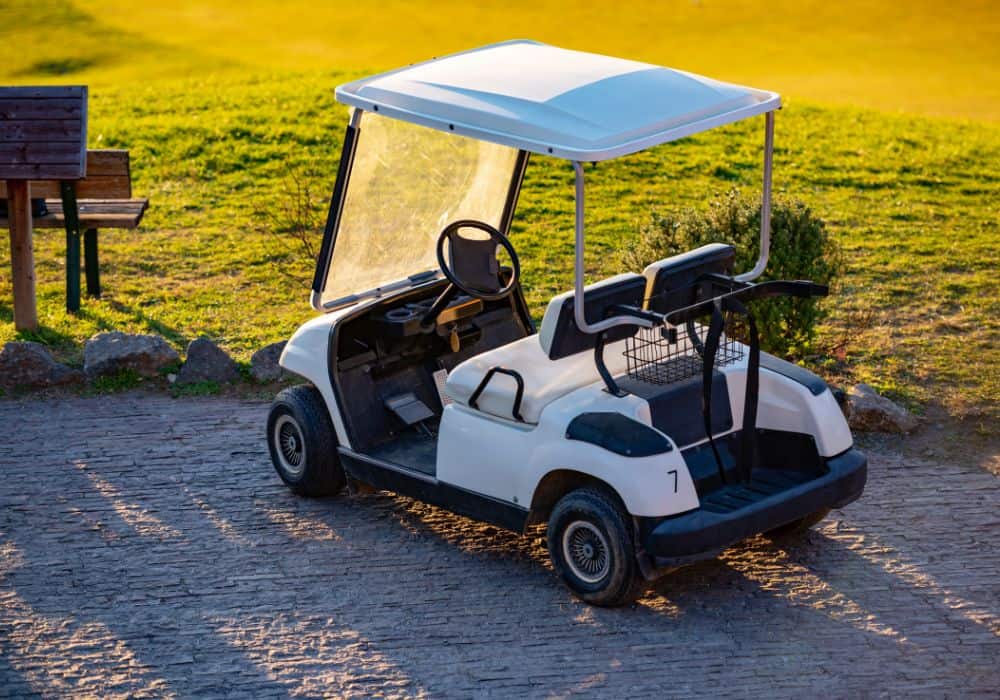 4. You may have a blown fuse

Another very simple issue you may face is that you just have a blown fuse in your golf cart’s electrical system. An easy way to identify whether that’s the issue or not is if you’re not even hearing the signature clicking sound that happens when you plug the charger in.

5. The gold cart’s relay may be damaged

It’s also possible that you’ve got a damaged relay instead of a blown fuse but that’s much rarer and many golf cart owners may never face that issue even once. Still, if the above conditions are met and the cart’s fuse is alright, it’s worth checking the relay too.

6. The battery may just have reached the end of their working life

Another unfortunate but not uncommon explanation would be that the car’s battery has just reached the end of its battery life. Batteries are not eternal even though golf cart batteries tend to live a lot longer than standard automobile batteries – somewhere between 6 and 10 years in most cases, compared to car batteries’ lifespan of 3 to 6 years.

Ideally, if you’ve taken good care of your golf cart’s battery, it will have reached the upper end of that range. If you’ve mishandled it, however, chances are that it will go out of order pretty quickly – likely just after the warranty’s expiry date which is usually pretty short – sometimes as short as 12 months, depending on the manufacturer.

What to do when you’ve got a gold cart battery charger not working?

So, what can you do to help your golf car battery charger work better if you’ve got to deal with any of the above? Fortunately, there are quite a few easy fixes you can attempt before you need to reach for a more radical solution.

1. Try to boost the battery out of sleep mode

The solution to the “sleep mode problem” is to boost the battery’s initial power supply with enough voltage to “wake it up”.

This should usually be enough for the charger to then notice the battery and start charging it properly. Essentially, you need to find a way to lightly “pre-charge” the battery. Here are three ways to do that:

2. Clean the battery and charger terminals to ensure a proper connection

Cleaning dirt, dust, and debris are fairly easy – any relatively hard brush should suffice together with a soft piece of cloth. If there is excessive corrosion you might want to try a vinegar bath too after you’ve removed most of it manually.

3. Try to reset the charger’s software

Any onboard computer is different but the cart’s manual should have instructions for how to do a hard reset of the cart’s software. If this doesn’t help, you might also want to look for things to update. The next thing to try would be to replace parts of the hardware, however, if there is no software solution. 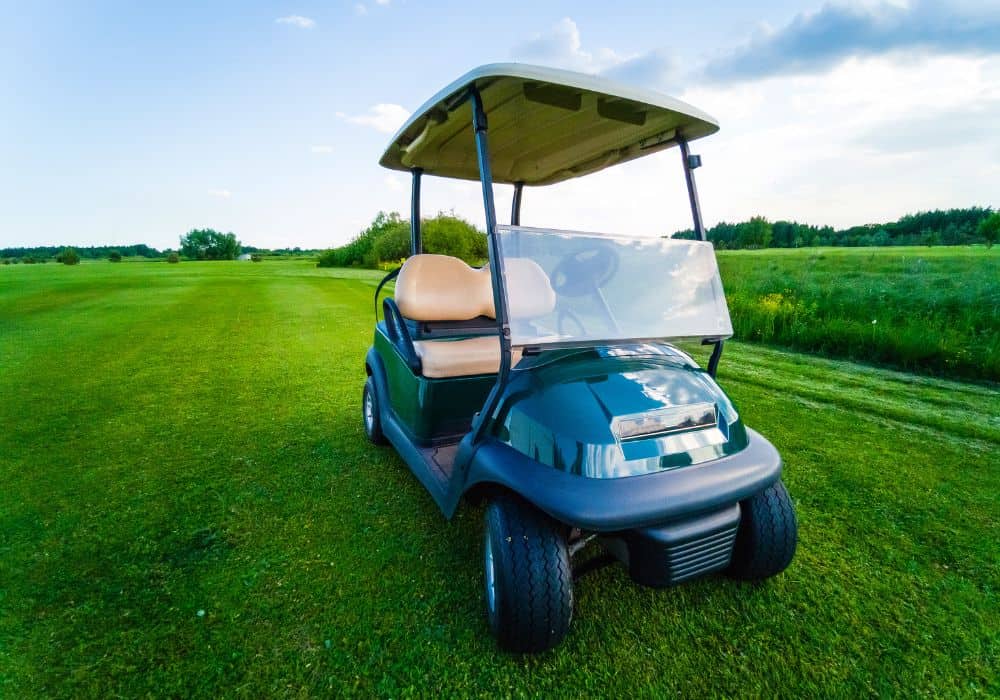 4. You might have to get a replacement fuse, relay, on-board electronics, or another component

Ideally, you will have identified the faulty component before you go and get a new one. A blown fuse or a dysfunctional relay is fairly easy to identify but other parts of the cart’s electronics can be tricky to make sense of to an inexperienced eye.

5. You may just have to get new batteries

Sooner or later, a bad battery just needs to be replaced. There is no sense fiddling with your cart’s or chargers’ components if the battery has simply reached the end of its life. To see if that’s the case, you can try hooking the battery to a different charger – if it’s still not charging (and it’s not dirty or in sleep mode), you likely just need to retire it for good.

The above solutions can only go so far – sometimes we just need professional help. If you’re at a loss and/or if you don’t want to risk some of the trickier solutions such as hooking a battery to a power outlet, going to a pro is probably your safest bet.

Having issues with your golf cart is always annoying, especially if it happens just before a big game or event. Fortunately, it’s often easy to fix things quickly but there are also some issues that won’t go away with a simple computer reset, battery boost, or a quick cleaning of the battery terminals.