Skip to content
UniEnergy Technologies » Both Alternator And Battery Are Good But Not Charging? (10 Possible Reasons & Fixes) 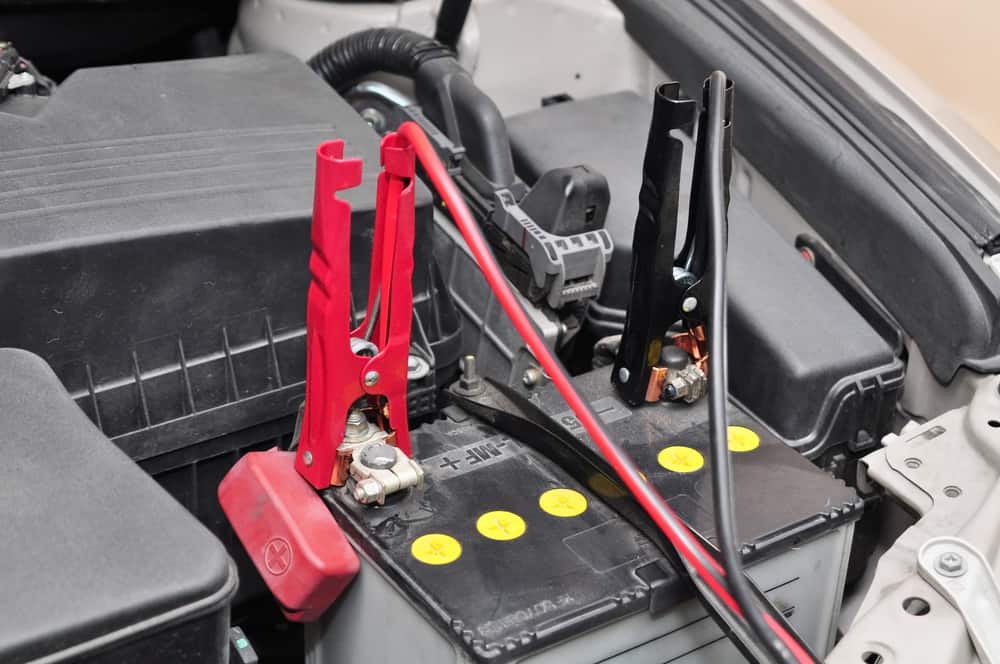 Having electrical issues with your vehicle is often frustrating. And when you can’t figure out what’s causing them, it’s even worse. So, you’ve got a good alternator good battery not charging – what’s up with that?

If you’re sure, or at least think, that both the alternator and the battery are good, what can be the possible cause of the problem? Below are 10 things to look at and their fixes.

Good alternator, good battery not charging – what’s up with that?

There are several common reasons why your car battery’s not charging even if both it and the alternator seem to be good. So, let’s take a look at the following errors and how you can address them:

An inability of a car battery to charge is one of the main symptoms of corrosion on the battery terminals or elsewhere along the way. As one of the most common reasons for charging problems, corrosion is also fairly straightforward to fix.

All you need to do is locate the corroded area – typically on the battery terminals and connecting cables – and clean it off as it prevents the transfer of power between the alternator and the battery. The corrosion is usually easy to spot as it looks like rust with a greenish, blueish, and/or whiteish color.

The cleaning can be done in various ways, depending on how bad the situation is, but you should usually be able to remove most of it with a brush and then clean the rest with a vinegar solution. 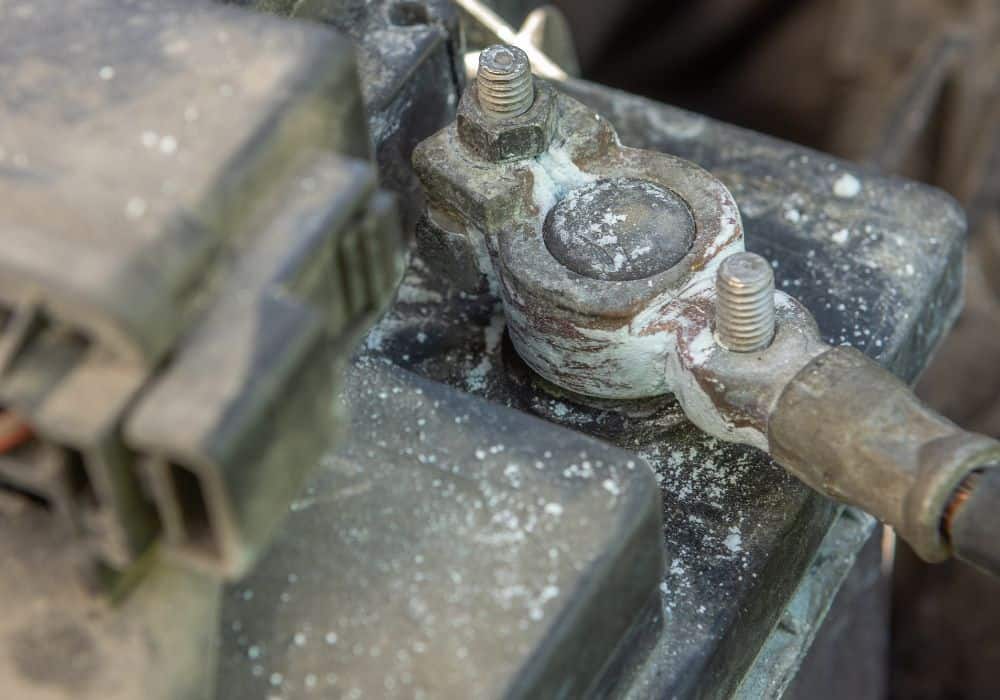 The alternator fuse can blow up for lots of reasons but it’s usually because of a major power surge of electrical energy through the car’s electrical system or simply because the fuse has gotten old and overused. Either way, if you’ve got a blown fuse, you can very much expect your battery to not charge even if you’ve got a working new battery and a fine alternator.

To check if your car’s fuses are all right, simply open the car’s fuse box and see which fuses are not powering up together with the rest. From there, all you need to do is replace the blown fuse and everything should be fine.

3. Problems with the serpentine belt

For your car’s alternator to work, it needs a good serpentine belt and pulley. So, if something’s wrong with that component, you can expect your car’s battery to have difficulties charging.

As with the above culprits, a serpentine belt usually goes bad once it gets a bit too old, although that can take multiple years or even over a decade with the right care. The belt can also get cracked if it is over-tightened, however, so make sure the belt is set up properly. As with a blown fuse, all you’ll need to do if that’s the problem is just get a new serpentine belt.

An error in the engine control unit (ECU) can also lead to charging difficulties. For most modern cars, there should be a way to monitor the car engine, battery, and other components from an onboard ECU dashboard in the car. This allows you to manage most parts of the car while driving, including the alternator.

If there is a software problem with the ECU, however, that can lead to issues under the hood too – usually, the battery will drain and won’t charge, the engine will stall, and/or the car may have difficulties starting.

What’s worse is that such ECU issues can often start from a simple incorrect command input – literally, just you pressing the wrong button or mashing several buttons at the same time. This happens surprisingly often either when people are drunk driving or when they’ve let a baby or a pet close to the ECU without supervision.

5. There has been an oil spillage

Oil spillage isn’t the type of situation that causes problems right away but it is fairly common and can lead to issues over time. Specifically – it can affect your alternator and therefore lead to problems with charging your car battery.

Essentially, if you have even a minor oil spillage, the oil will start spreading inside your alternator when you drive. As the oil sticks and leaves residue on the inside of the alternator, dust, and debris will start attaching to it too. All that is eventually going to clog your alternator’s brushes and it will have trouble performing.

If all that happens, the alternator won’t just stop working right away – instead, it will just give less and less power to the battery over time, until, sooner or later, it stops recharging it altogether.

Fortunately, to fix the issue, all you need to do is clean the alternator and fix the oil spillage.

The voltage regulator, as the name implies, is that one car accessory that regulates what the battery voltage is and how many volts pass through your car’s electrical system at any given moment. A bad voltage regulator simply means that your battery won’t be able to get the necessary amount of power it needs – or none at all.

What’s more, a malfunctioning voltage regulator can even lead to blown fuses, power cables, and other accessories.

One clear system of issues with the voltage regulator is that the car’s electrical system regularly malfunctions – the car lights constantly switch from being too dim to going overly bright for no reason, the heating and audio behave in a similarly whacky way, and so on.

Jump-starting your car with another vehicle is a good idea in case of problems. However, it needs to be done properly. If you miscalculate or mishandle the jumpstart, you can screw up the jumper cables, or worse – you may burn your alternator or other parts of your car’s electronic system.

If that happens and you suddenly notice issues with the battery afterward, it shouldn’t be hard to put two and two together. 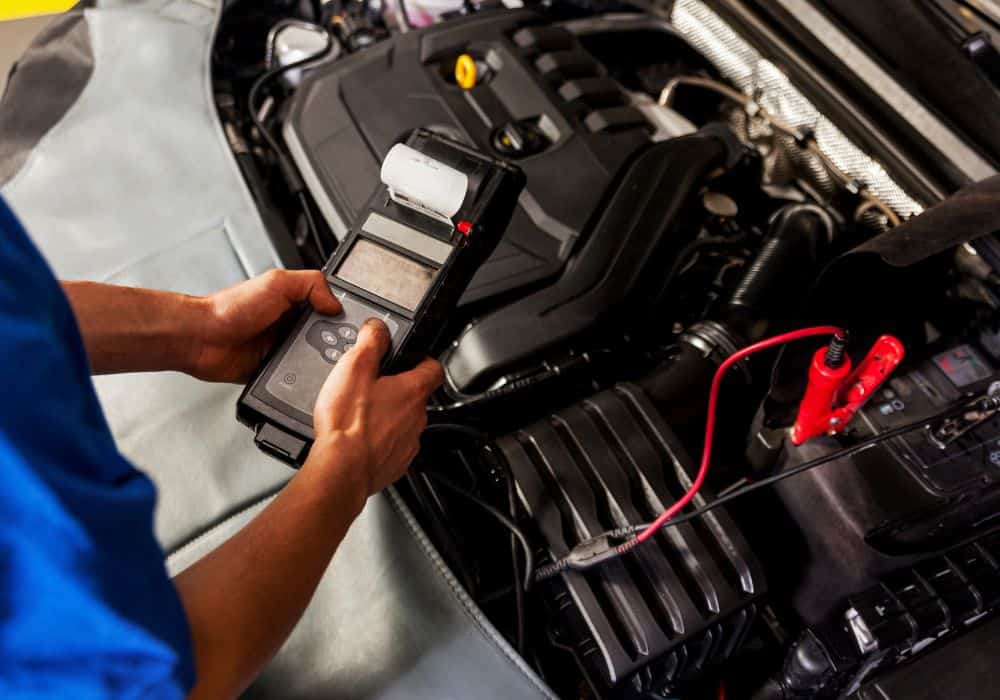 8. The alternator’s diodes have burned out

Another alternator problem has to do with burnt diodes. That tends to happen due to electrical overloads, overheating, poor wiring, and other electrical issues.

When one or two diodes go out you probably won’t notice the difference as the rest will keep the power flow going. The more diodes go out, however, the less power the alternator will be able to transfer, and the battery will die off.

That’s why this issue is often puzzling to people – because they think everything with the car, the battery, and the alternator is good, and “all of a sudden” the lights start to dim and the battery stops to recharge. Only it isn’t “all of a sudden”, as the diodes have been going off one by one and you just didn’t notice until too many were out.

There are lots of ways to “miswire” a car’s electrical system and pretty much none of them end up well. Such poor wiring can easily result in either not enough power going to the battery while driving or none at all. Worse, poor wiring can also burn out your alternator, your car battery, or, if you’re not careful, the whole car.

If you only end up needing to get a new alternator or a replacement for a dead battery in such a situation, you can consider yourself lucky. That’s why it’s important to always check and double-check your car’s wiring when you’ve been doing something under the hood (or someone else has fiddled with it, even if they are professionals).

10. The alternator and/or battery may just be too old

Lastly, let’s not forget that sometimes, we just have a bad alternator or battery to deal with even though we thought they were ok. As we saw above, both the alternator and the battery can go out pretty quickly under specific circumstances but it could also be that they’ve been growing older and you just hadn’t noticed.

As you can see, there are quite a lot of things you can check and repair yourself before you have to seek the help of a professional mechanic. This doesn’t mean that you need to force yourself to do that, of course.

In fact, in most cases, it’s recommended to just find professional help, particularly from someone you know will do a good job. If you’re confident and you take the necessary safety precautions, however, there’s nothing wrong in at least giving your car’s electrical system a look yourself too.