Skip to content
UniEnergy Technologies » How Long Can A Car Sit Before The Battery Dies? (Ultimate Guide) 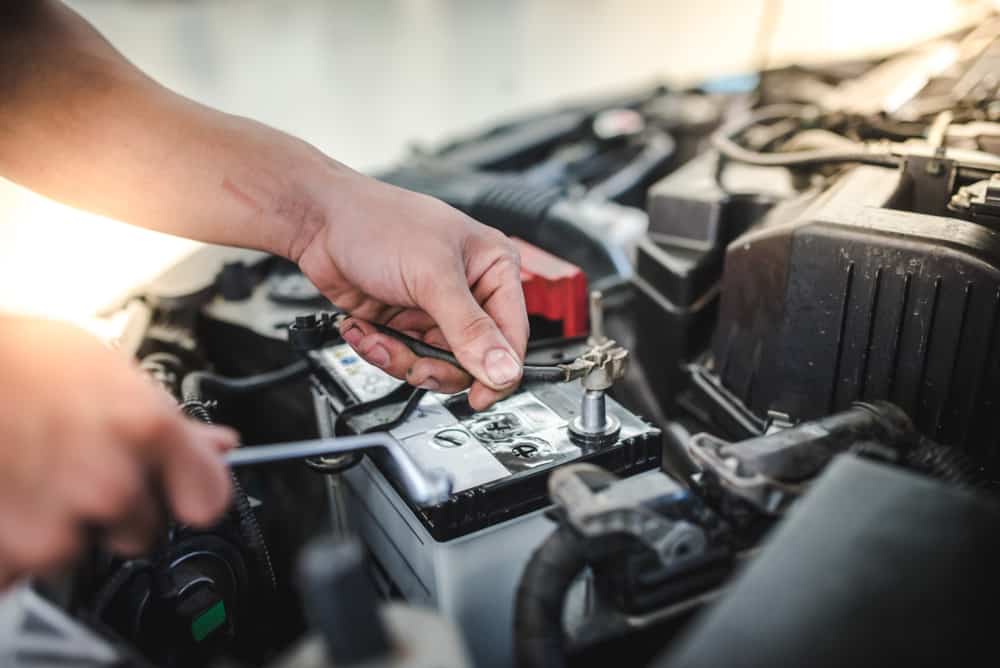 A battery plays an essential role in starting a car. It maintains the electricity flow by lessening the voltage from the alternator such that it won’t damage the electrical components.

If you’ve not been driving your car for a while or planning to go on a vacation longer than three weeks, you might want to know how long a car can sit before the battery dies. Read through to learn more.

How long will a car sit before the battery dies?

Many people think a vehicle will hold its battery charge if it is not running. They forget that a car comprises numerous electrical units attached to its onboard computer.

Modern car batteries are getting better and smarter as technology advances. While the capacitors, electrolytes, and other electrical components are sophisticated, the battery will continuously power the system, even if it’s sitting. A car battery can last up to four weeks if the vehicle is unused.

For instance, there’s a stereo, dashboard clock, automatic seat adjusters, headlights, alarm systems, and door lock systems. Imagine you park the car at the airport or subway station for a 3-week vacation, then accidentally forget to turn off the headlights.

Your battery will drain very fast. Maybe you’re careful, and you switch off every electrical component and leave the car in excellent order. While the car battery won’t drain fast, it will lose its charge and die due to parasitic drain. Parasitic drain is when the car’s electrical parts deplete power slowly until the battery dies.

Therefore, even when your car is idle in the garage, the battery charge drains due to these components. It’s essential you start the car at least once every week or take a spin around your block. This will keep your battery at the optimal charge. If it’s a new, healthy battery, it can last 3-4 weeks at maximum.

How a car battery works 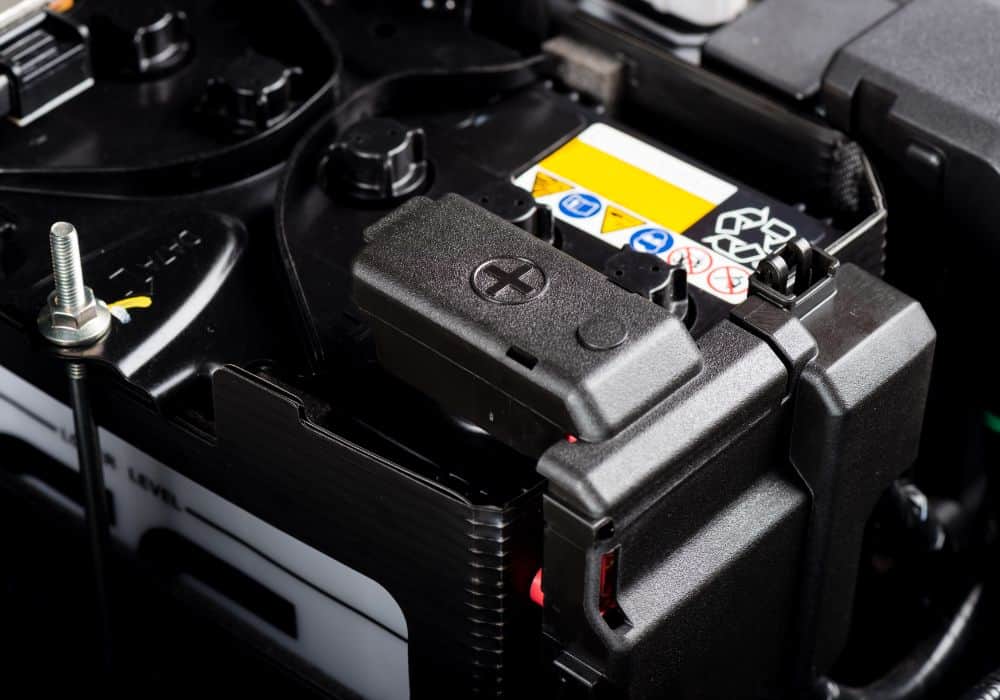 A car battery plays an essential role in your vehicle. It converts chemical energy to electrical energy that powers the engine and other car’s electrical components. Most cars use lead-acid batteries in the SLI series. The car batteries have six cells, with every cell having two plates of lead dioxide and lead. Every cell produces 2 volts of energy. A battery produces 12 volts.

Electricity produced here flows to the positive and negative terminals to power the car’s electrical components and start the car.

What makes a car battery die?

While you can quickly jump-start your car to restore a dead battery, you must understand some things that make your car battery die.

Tips for keeping a car battery charged when sitting idle 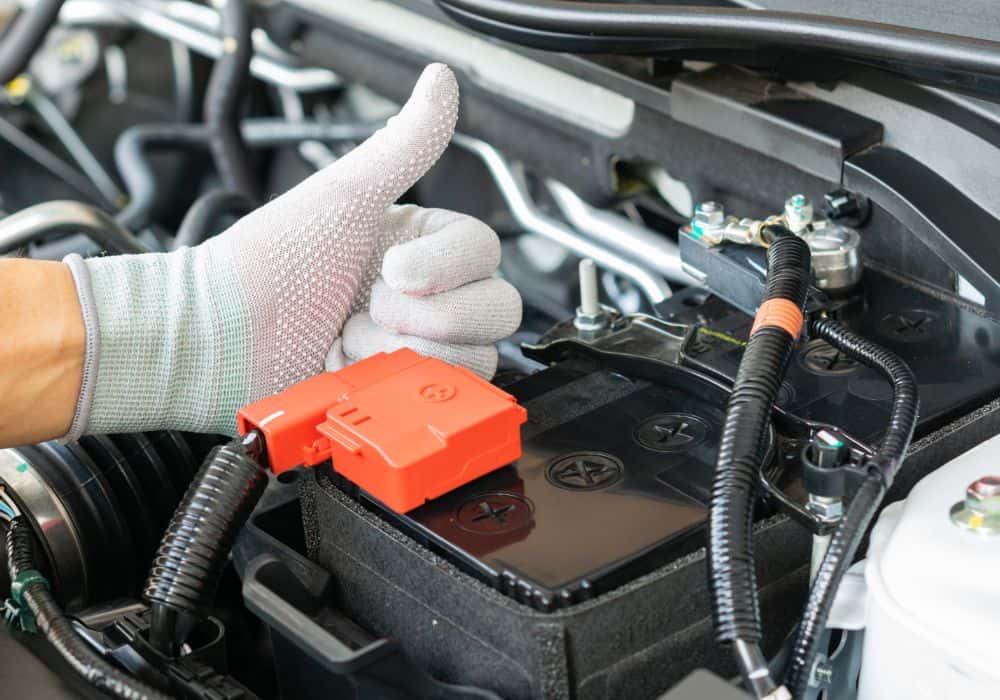 Parking your auto in the garage or the subway station for many days isn’t good for the car’s battery life. Driving is like a utilize-it-or-lose-it condition, and it can damage it without using the battery charge. However, if you can’t use your car for some months, here is what to do.

Keep the battery healthy without removing it

As we’ve explained, the car’s electrical system will drain your battery when parked. In this case, you can start the car at least once every week and let it run for 10 minutes in Neutral or park. Ensure the engine sits at 1000 RPM, or drive the car around the neighborhood. This will help you restore the lost power.

Keep the battery healthy by removing it

If you are going on vacation for months, the effective way to keep the battery healthy is by disconnecting it from your car. This entails removing the positive and negative terminals.

Remove the negative terminal when you want to unplug the battery cables. Disconnected batteries die faster during the cold season or under direct sunlight. So, unplugging the battery isn’t the best option for long-term storage.

Since you want to store the battery well and ensure you don’t have to purchase a battery when you get back, here is what you need to do.

How to know your battery is dying 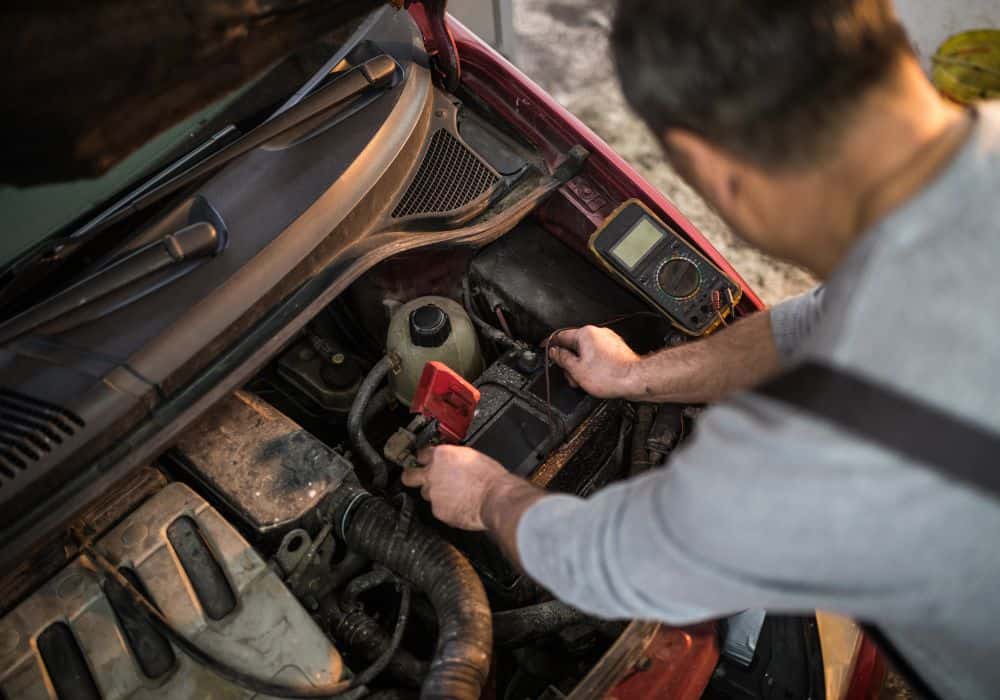 Your car might fail to start on a good day, and the odometer might go blank. This is one of the signs of a dead battery. However, your vehicle would show signals when the battery gets weak and it’s about to die. Pay attention to these warning signs to be aware and recharge or replace your car battery to avoid any unforeseen inconveniences:

What to do when your battery dies

Maybe you forgot to switch off your dome light or headlights when you got home last night, and it depleted the battery. If the car can’t start and the battery is low, there are some things you can do to get the car started.

When in a hurry, find a pair of jumper wires and arrange a car with a healthy battery. This is the simplest technique and would start the car instantly. Let it run for a couple of minutes before you kick off.

If you’re not in a hurry, it’s good to recharge the battery through slow charging. This technique is more effective than jump-starting since the battery will keep the charge longer.

If you think the battery is corroded and dead beyond repair, it’s good to get a replacement.

A car battery is an essential component as it powers its different components. Unfortunately, it’s one of the most ignored parts of maintenance, and a faulty battery will put you in trouble. The battery powers the car’s electrical system, and a dead battery will make your car sluggish when using and starting various features. When the battery dies, the best solution is to jump-start, opt for slow recharging or replace it. This will offer you peace of mind and surety.

A car battery can last 3-4 weeks maximum when left idle before it dies. So, it’s essential to start the car at least once a week to keep its charge. Routinely maintaining your battery by cleaning the corroded terminals and topping up its electrolyte will improve battery life. Feel free to comment if you have any questions or concerns.