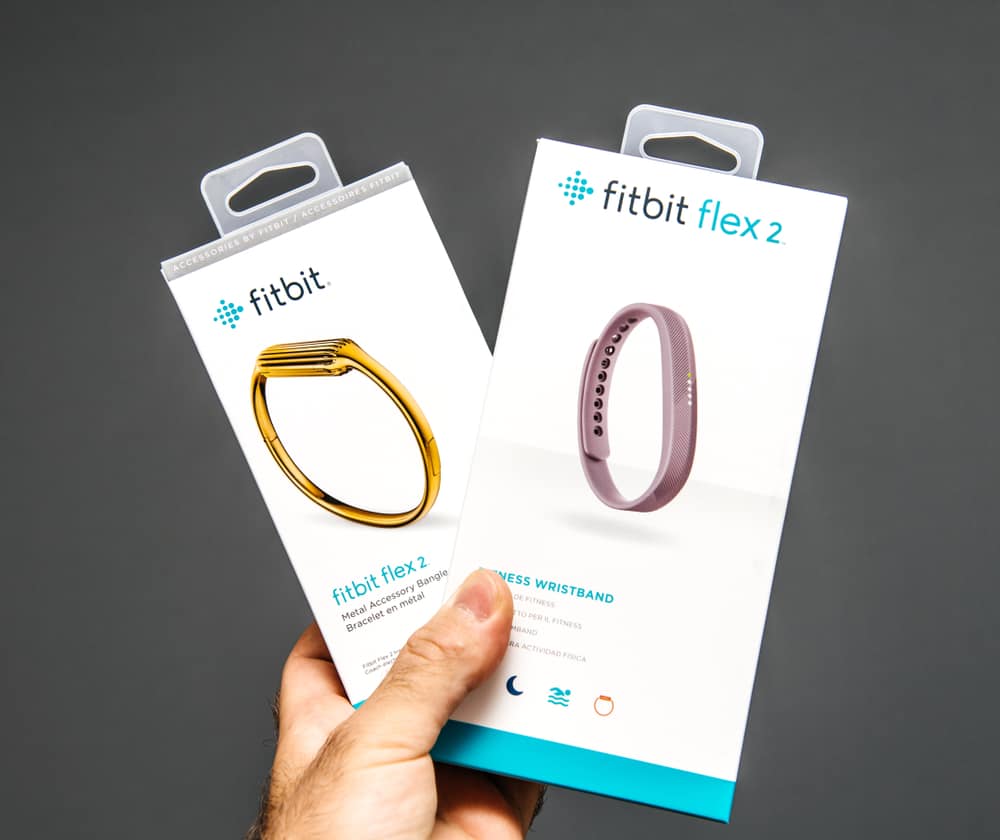 Many people now have a device that can record their fitness activities and sleep patterns and support them to meet their activity targets every day. Fitbit Flex is a very simple fitness tracker that is easy to use. It is also less expensive than many other fitness trackers.

If you are new to using a Fitbit Flex to monitor your exercise and sleep, you might be wondering about some of its features. For example, how long does a Fitbit battery last? In this article, we answer that question as well as several others including, how long it takes to charge the battery and what could make your battery drain fast.

So read on to learn more about Fitbit Flex and its battery life.

What is a Fitbit Flex?

The Design of Fitbit Flex

The Flex 2 is more discreet looking than the original Fitbit Flex. The company has changed the design, so it can be worn like jewelry to compete with devices from other companies.

The design of the original Flex is not customizable, unlike the Flex 2. The wristband of the Flex is rubbery and thinner than the wristband on most watches. It has a push-in clasp strap on a simple band and looks a little like the wristbands you might get given when you go to a gym or a health club, for example.

The sensors and software of the Flex are inside the section of the band that has been slightly reinforced. Because of this, you can replace the strap if the rubber deteriorates rather than having to buy a completely new device. The Flex is splash resistant and can be worn in the shower. However, it is not recommended to use it when swimming.

Where you would normally have the watch face, the Flex has a small translucent display window. It is not a full display like those you get on fitness watches, but it will tell you how close you are to achieving the day’s activity goal.

One of the main differences between the Flex fitness tracker and Fitbit’s other trackers is that the Flex does not show you the number of steps taken during the day. Neither does it show the distance your steps add up to.

How Does The Tracker Work?

The Fitbit Flex, like many other Fitbit devices, relies on an internal accelerometer, which records the number of steps you take and the calories burnt. When you first start using your Fitbit product, you need to enter details such as your age, weight, and height on your online Fitbit account. It will use this information to calculate the calories you burn.

Similarly to Fitbit One, the Flex can also track the quality of your sleep as well as how long you spend sleeping. It can also record the number of times you wake up during the night. It is more convenient for recording your sleep than the One because, with the One, you need a separate armband for sleep recording.

When you want the Flex tracker to record your sleep, you tap the screen six times. You may need to practice this a few times because the taps have to be at the right speed to register correctly.

Using The Fitbit Flex With Your Smartphone or PC

You can get more out of your Fitbit Flex if you link it with a smartphone using Bluetooth. It can then communicate with the Fitbit app. However, it is not compatible with all phones, so if you want to connect it to your phone, you should check the compatibility before purchasing.

When you have connected the fitness tracker to a smartphone, the tracker can send data to the phone. Using Bluetooth 4.0 is the best option because it uses far less power when communicating with the phone compared to earlier Bluetooth versions.

If you don’t own a compatible phone, you can connect the tracer to a laptop or a computer instead. When you buy a Fitbit Flex it comes with a dongle. Plugging the dongle into the computer or laptop will automatically sync the data when the tracker is within the range.

How Long Does The Fitbit Flex Battery Last?

One of the key questions people often have when purchasing a fitness tracker is how long does the battery last after a full charge? Because the Fitbit Flex consumes less power than some of the more sophisticated trackers, its battery will last five to seven days depending on usage. The more you tap the screen, the more it uses the battery.

The wristband does not display how much battery it has left. However, you can check your battery’s level easily. All you need to do is log in to fitbit.com. Once there, you need to click on the gear icon, which is on the top-right-hand corner of the page.

If you are wondering what the lifespan of the battery is, then the answer is two to three years. All batteries lose the ability to store energy over time. How long this will take depends on how quickly you complete a specified number of charging cycles. For Fitbit products, the lifespan with regular use is up to three years.

How to Charge The Battery on Fitbit Flex?

When you purchase the tracking device, you will get a charging cable with it that you can plug into the USB port of your laptop or computer. You need to remove the tracker from the wristband first. Then you can insert the tracker into the charger with the back of the tracker facing down and the LED indicator lights facing up.

As your Flex charges, the indicator lights will illuminate showing the progress of the charge. There are five LED lights and each represents twenty percent of the full charge. When you see all five lights flashing together, the tracker’s battery is fully charged. It will take approximately three hours to reach the maximum charge.

Is it Possible to Replace The Fitbit Flex Battery?

The Fitbit products, including the Flex, do not come with replaceable batteries. However, it is possible to change them if you prefer to do this instead of buying a new Fitbit fitness tracker. The process of changing the batteries is not straightforward though, because the batteries are not designed to be replaced.

If you would like to change the battery, here is a video showing a battery change for Fitbit Alta HR. The process is very similar for all Fitbit devices, the Flex included.

Issues With Your Fitbit Flex And How to Fix Them

You will find a pinhole at the back of the charger. You need to insert a paperclip into the pinhole and press for about three to four seconds. This will restart the Flex and you can then put it back on the wristband. The issue should now be solved.

If you notice that your battery is draining fast, restarting the device will not help. The cause may be that you have enabled notifications. If you disable them, it will save your battery. Using GPS will also affect how well the charge will last.

The Fitbit Flex is a great choice for anyone looking for a basic fitness tracker. It records your steps, calories, and lets you know your daily activity goal progress. It is small and light and comfortable to wear on your wrist. It has an excellent battery life with a fully charged battery lasting up to seven days.

The battery life of your Fitbit is up to three years. When the battery has completely worn out, the company’s advice is to not try to replace the Fitbit device’s battery. While replacing the battery is not straightforward, it is possible.

Hopefully, we have covered all your questions about the Fitbit Flex and how long the battery will last. If there is anything else you would like to know, you can write your questions in the comments. You can also find answers on Fitbit community forums or by reaching out to Fitbit customer support if you have bigger issues with your device.