Skip to content
UniEnergy Technologies » How Long Does it Take to Charge a 12 Volt Battery? (Chargers Types & Charging Steps) 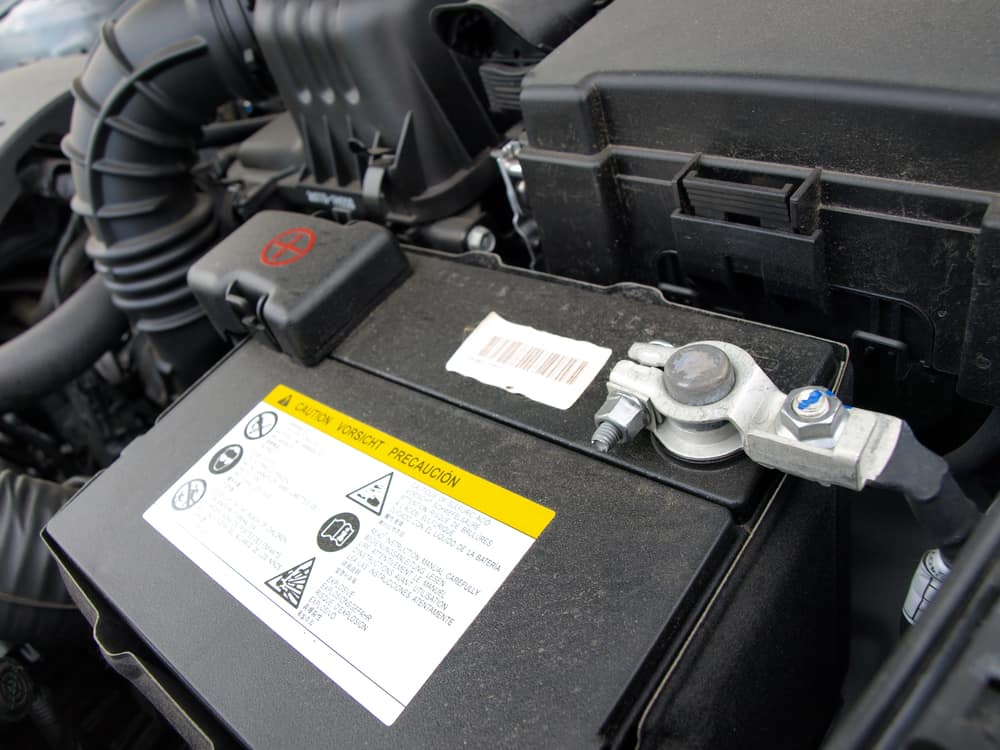 You wake up, and, to your horror, your car won’t start. The culprit? A dead battery.

You need to recharge it, but you don’t know how much time it’ll take you.

Like any other person, you’re wondering: how long does it take to charge a 12-volt battery?

Well, the answer is not as straightforward as you’d hope it would be. It depends on the battery’s state and the charger that is being used. The higher the amperage, the faster the battery charge.

I’ll discuss this – and more – below.

What are 12-Volt Batteries, Anyway?

Now I know you want to know how long it takes to charge your 12-volt batteries. But before I proceed further, I think it’s best to discuss this battery type first.

A 12-volt battery has 6 cells with 2.1 volts each (for a total of 12.6 volts). These features make it a popular power source for cars, RVs, and boats.

There are two types of 12-volt batteries, namely:

Flooded lead-acid models are the most common for they have been used for a long time.

As the name suggests, these are made with lead plates in sulfuric acid. Together, these two materials create a reaction that promotes energy storage.

These flooded batteries, which have a starting cost of $100, require the right water level to keep on running. As such, you’ll need to monitor them periodically (at least every 3 to 6 months.)

Depending on how you use these batteries, you can expect them to last anywhere from 2 to 4 years.

These batteries, meanwhile, are sealed to build up hydrogen gas pressure. Compared to the flooded types, they can last anywhere from 2-8 years.

This valve-regulated battery consists of lead plates suspended in a thick gel. It’s more expensive than the aforementioned models, with its price ranging from $800 to $900.

Gel-cell has a similar lifespan of 2-5 years.

Also known as an AGM battery, it comes with lead plates nestled between fiberglass-saturated electrolyte mats. It costs around $200, and features a lifespan of about 4-7 years,

As the name suggests, this makes use of lithium salts for electricity storage. Since they are newer and more efficient than lead-acid batteries, it is more expensive ($900 and above.)

What is the Charging Time of a 12-Volt Battery? 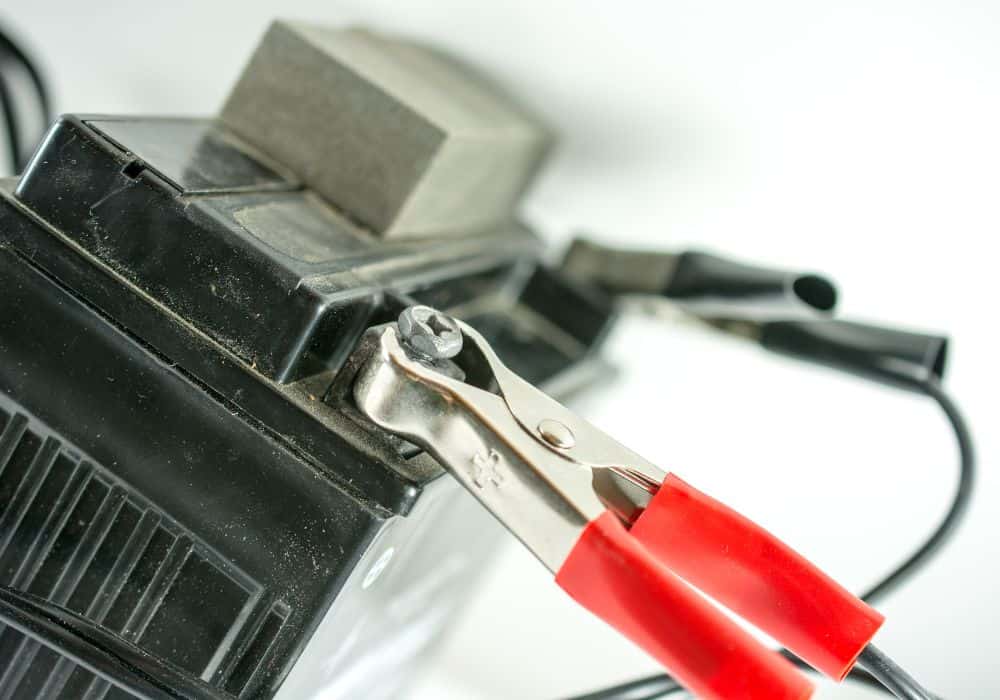 The charging time of a 12-volt battery is dependent on the charger and the reserve capacity. The more depleted it is, the longer it’ll take for the battery to charge.

A bad cell or calcification can also prolong charging time, among many other things.

But, for all intents and purposes, let’s say that your battery is dead as dead can be. For this situation, you’ll need the following:

If you’re using an alternator to charge your battery, then you can revive it in as quick as 30 minutes (as long as you are running the car.) This works like a 40-amp charger for it powers the battery quickly.

As I’ve discussed above, charging duration varies according to the types of battery chargers. Let’s explore each and every one of them.

These chargers are available in 1 or 2 amp-hours. As these will slowly charge your batteries, you don’t have to worry about potential damage.

Jump starts or 200-amp chargers help charge batteries at the quickest time possible. However, using this device does come with a few risks:

True to form, this device is ‘smart’ enough to change the output according to the battery’s charge. As such, using this can help reduce the chances of battery explosion or fire.

Slow Charging vs. Fast Charging: Which is Better? 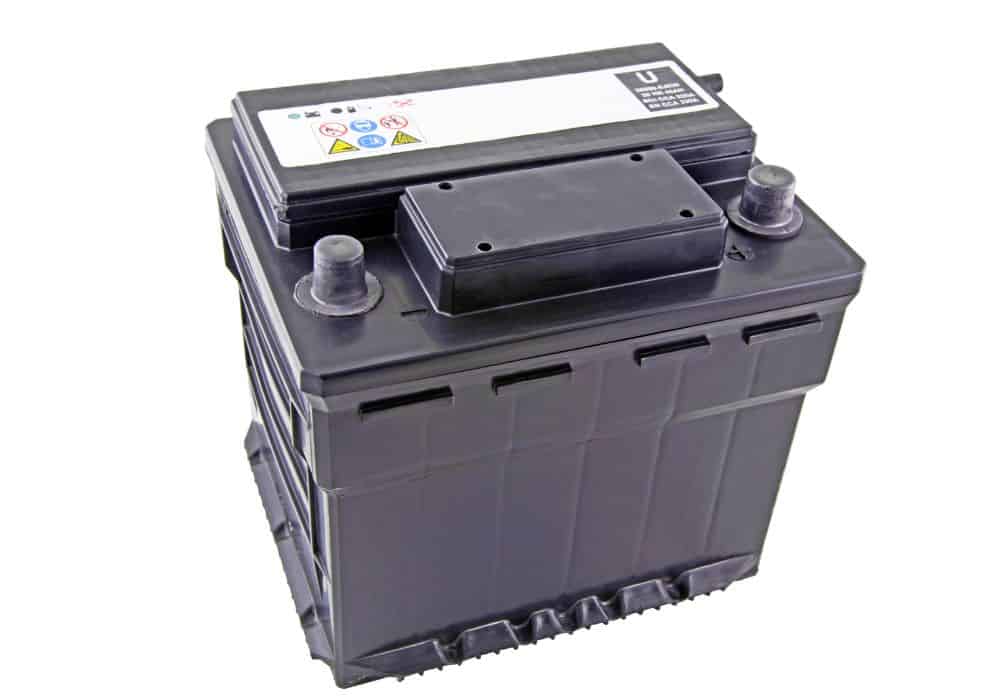 Battery chargers are categorized as either slow or fast. The former makes use of 10 amps or less, while the latter utilizes 20 or more amps for charging.

Although a 40-amp charger can provide a full charge in as short as 30 minutes, it’s not recommended. As stated above, the fast charging process can cause damage and shorten battery life in the long run.

In essence, if you want this type of battery to last for longer, then you should use the slower types of chargers. According to experts, 2-4 amperes are enough for maintenance charging.

How To Charge a 12-Volt Battery

Recharging a battery might seem straightforward, but there’s a chance that you might be doing it the wrong way! If you want to get your battery fully charged – yet undamaged – then you need to follow these steps:

Tip: Make sure to charge your batteries in a room-temperature location.

Doing so in a hot place (temperature of 90 F or above) will make the power box charge quickly, thus resulting in overcharging.

Charging batteries in cold temperatures (32 F or below), on the other hand, will cause the fluids inside to freeze. Unless it defrosts, it won’t be able to charge properly.

How Do You Know if the Battery is Fully Charged? 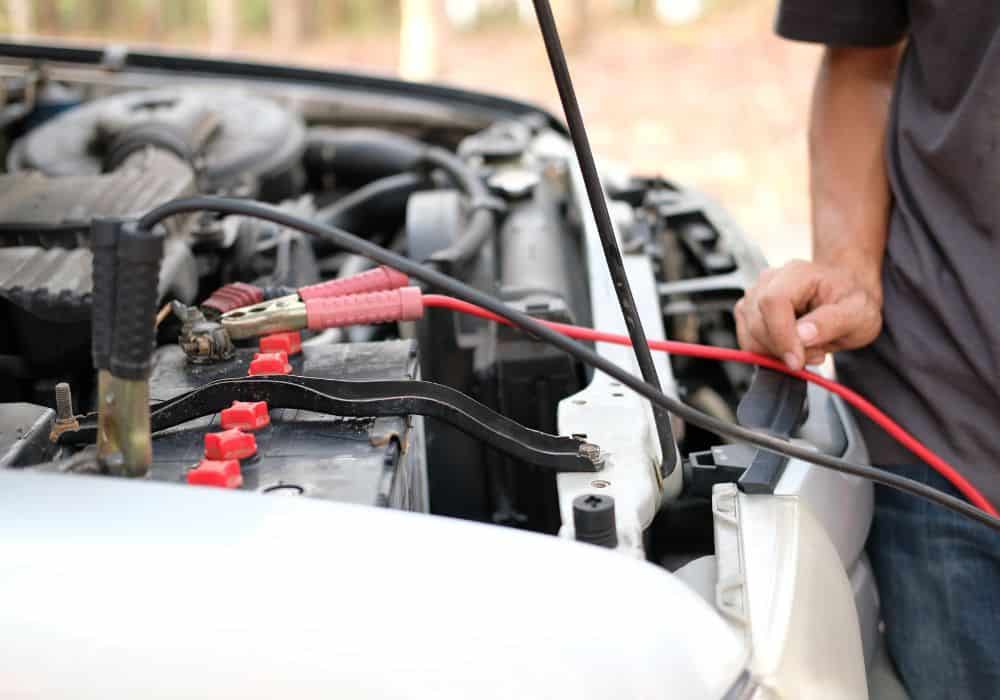 As mentioned, the battery’s display should indicate that it has been charged. But if your battery doesn’t have this feature, you can use a multimeter. This is a device that measures voltage, electric current, and resistance.

Here’s how to use a multimeter:

When Should You Charge a 12-Volt Battery?

According to experts, you should charge a 12-volt battery before it loses half of its power. If not, it could reach as low as 12.1 volts and get deeply discharged.

As you see, deep-cycle batteries can only withstand so much. For a car battery, it’s only about 20 times before it becomes unusable. A smaller golf cart, on the other hand, can survive as much as 180 deep discharges.

Bonus: How to Jump Start a 12-Volt Battery

If you don’t have access to a charger at the moment, you can give your battery juice by jump-starting it.

Here’s how to do it:

The length of time it takes to charge a 12-volt battery is dependent on the remaining capacity – and the charger you plan on using. For a completely ‘dead’ battery, you will need:

Want to learn more about 12-volt batteries and their charging time? Then make sure to post a comment below!