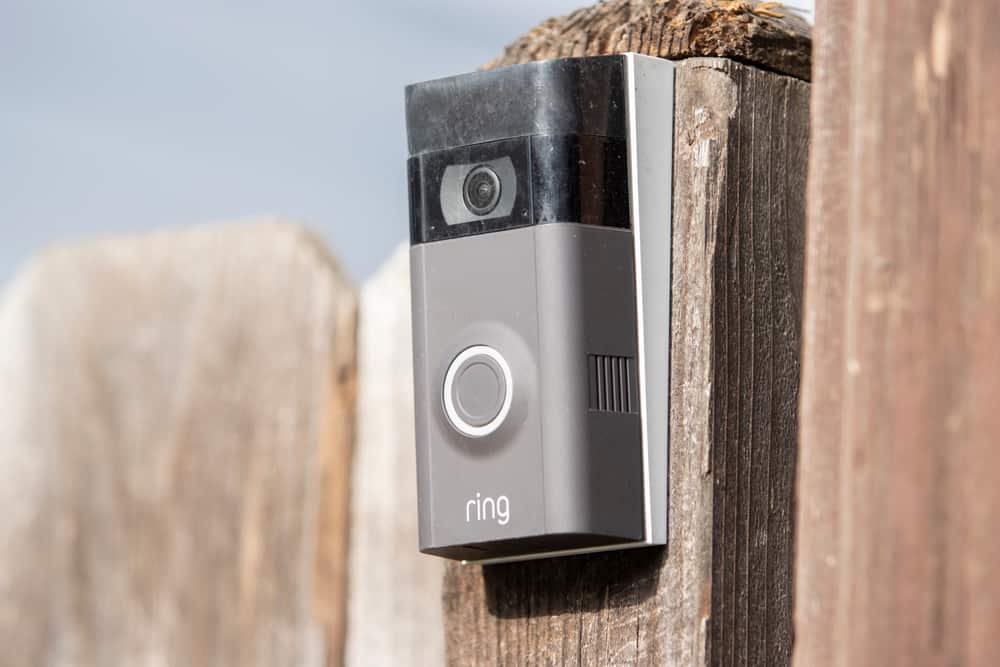 Are you looking to install a Ring doorbell and are curious about its battery life? Perhaps you’ve got one already? Well, if you want to know how long ring batteries last before they need to be recharged or replaced, read on.

Ring batteries ideally should last about 6-12 months. However, most users report that the lifespan is a lot less than that. Some batteries drain faster than usual, lasting only 4-6 weeks. This is due to factors like the doorbell model, cold weather, the use of the Live View feature, and high activity levels at front of the door.

Many times, when dealing with smart devices like the ring battery, the disparity between what you are promised and what you get is quite large. For this reason, In this guide, we answer the question, “how long do ring batteries last, how to improve their holding capacity and how to recharge one?

The longevity of ring batteries depends on how often it is being used. Based on the production information, each battery should last about six to twelve months when used normally, according to Ring. However, based on Amazon reviews from several users, some batteries don’t live up to six months.

You’re probably wondering the reason for the large disparity in the expected and actual life of the batteries and what qualifies as “normal use”.

A typical use for a Ring 2 doorbell equals about 3-5 events per day. An event happens when the motion detector is activated; the doorbell records a video clip, sends you an alert, and saves it to cloud storage.

Typically, the battery should last about 1000 activations before recharge, which equals the expected lifespan, as specified by Ring. In reality, this is different.

Let’s delve into why some batteries drain faster than others.

Several factors reduce the holding capacity of Ring batteries, causing them to drain faster than expected. These factors include:

One of the most prevalent causes of the difference in the expected and actual lifespan of ring batteries is extreme temperature.

2. High Activity Levels at The Door

If many events happen at/in front of your door, your battery’s holding capacity will reduce. Take, for example, you have a lot of guests or deliveries. Perhaps, you live by a road or in a high-traffic area of town. Motion sensors will be active and running most of the time, consuming the battery’s power.

The more motion activity at your door, the faster the battery dies out. You can turn off the “Motion Alerts” button in your settings to reduce motion detection and battery drainage.

If you frequently monitor what’s happening outside your door or speak to someone through a smartphone or tablet, you’re draining the doorbell battery. The Live View and similar features, like motion detection, consume much power.

When you use these features too frequently, you reduce the battery’s holding capacity. Switching off the Motion Alerts button turns off the Live View option on the Ring app. However, try hardwiring your doorbell to use the Live View feature.

Wi-Fi connection affects how well the Ring doorbell works. A strong signal translates to optimal functioning. If the signal is weak or fluctuates, the device will, in a bid to connect or stay connected, run the battery down.

7 Ways to Preserve the Power in Your Ring Battery

Now that you know what drains the battery, here’s how you can improve the holding capacity of Ring batteries so you won’t need to recharge them so often.

As we explained earlier, using the Live View feature consumes much power and depletes the battery. So try reducing how often you use this function.

When temperatures dip below 40C, your battery drains faster and may stop working. When this happens, take the doorbell indoors to a much warmer environment and recharge the battery using the charger that came in the box or one recommended by Ring.

Make sure it charges up to 100% before mounting the device back at your door. Make sure there is sufficient power to keep the device running by keeping an eye on the battery charge; at least, the temperature gets warmer.

So, recharge the batteries only when the power is low and stay nearby while at it. It doesn’t take so much time to charge up. Also, keep it away from any flammables while charging.

4. Get an Extra Battery Pack

You can get an extra battery and swap them. This way, you reduce the toll on the batteries. Also, you can keep the doorbell working while recharging one battery.

The Ring Rechargeable Battery Pack comes in a single Battery pack or as a kit of one charging station and two Quick Release Battery Packs. It can be used with any Ring device.

Another way to preserve battery power is to ensure the Wi-Fi connection remains optimal. You can check the Received Signal Strength Indicator (RSSI) found in the Ring App’s “Device Health” section to see how strong your device’s connection is. An RSSI value below -40 means something is blocking reception or the signal is weak.

Placing the router close to the doorbell will help with reception. You can also get a Wi-Fi signal extender which would improve Wi-Fi coverage. The Ring Chime Pro is another option; it boosts the Wi-Fi signal and has additional features like a nightlight and a chime box that make using the gadget fun.

The motion sensors in your Ring doorbell pick up every event at your doorstep, whether necessary or not.

Your device’s motion detection system has motion zones, frequency adjustments, motion scheduling, and many other options which can be set up/reduced. You can also select the Light mode option on Smart Alerts to reduce the alerts sent to your smartphone, tablet, or computer.

By adjusting these, you can maximize the performance of your device while preserving battery life.

If you don’t want to do any of the above, you can simply connect your Ring device to your home’s existing doorbell. So far, it’s a mechanical or electronic doorbell that operates at a voltage between 8 to 24 volts AC. Hardwiring your doorbell will keep your battery charged while using the device normally.

Be careful when handling electrical wiring. Better yet, let a qualified electrician do the work.

How to Recharge a Ring Doorbell Battery?

Check your battery’s power level constantly using the Ring app so that you can recharge it if and when the battery runs out.

If you use the Original Ring Doorbell, charging might be tricky as its battery is not removable.

If you use any of these following devices, charging the battery is simple as their batteries are removable, and the same quick-charge battery pack works for them.

How to charge up the removable Ring battery?

Knowing their battery life is necessary if you want to get a Ring device or already have one. While Ring promises a battery life of 6-12 months on average, consumer research says it’s much shorter.

The more you use your doorbell, the faster the battery runs out. The usage of built-in features, the doorbell model, the level of activity at your door, and weather conditions all affect the battery’s lifespan.