Skip to content
UniEnergy Technologies » How Long to Charge a Car Battery at 50 Amps? (Ultimate Guide) 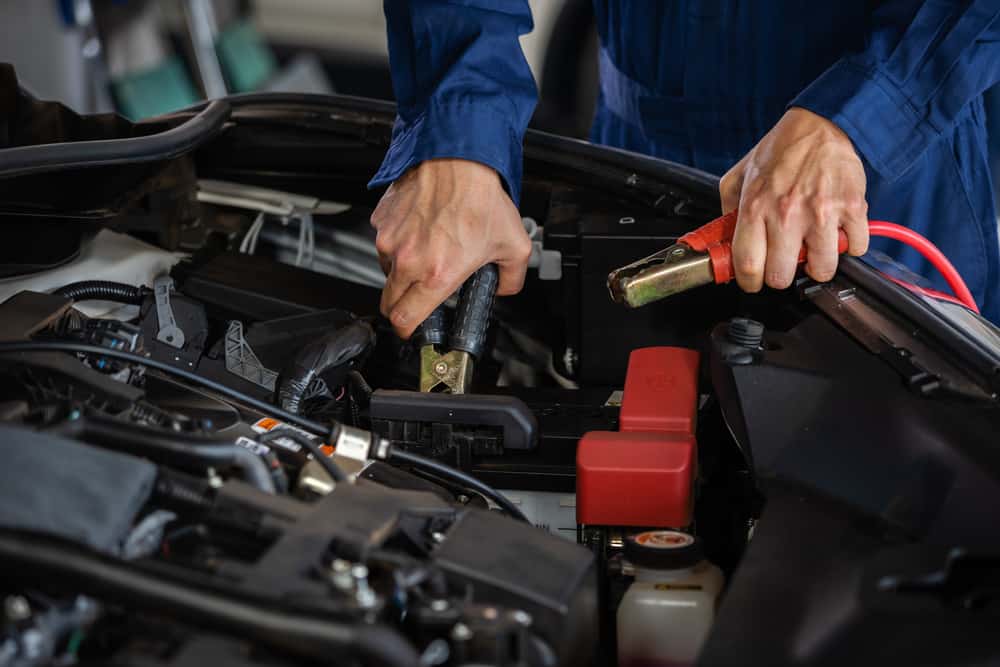 Most of the time we use car battery chargers that can take a long time to fully charge the battery. But what about when we are in a rush and need to charge the battery more quickly? Is it possible to use a 50 amp charger to get faster results?

Yes, you can use a charger with 50 amps to top up your battery in less time than it takes with chargers that have less amperage. However, you need to know exactly how long to charge the car battery at 50 amps as overcharging can seriously affect the battery’s health.

In this article, we show you the formula to calculate the charging time accurately to avoid issues from overcharging.

Most cars have lead-acid batteries that use a chemical reaction to produce power. They are SLI batteries where the letters stand for starting, lights, and ignition. SLI batteries produce short bursts of energy to power the accessories, lights, and engine. When the engine has started with the battery power, the power supply switches to the alternator.

A standard SLI battery will have six cells and there are two plates on each cell. One cell is lead dioxide, and the other is lead. The cells produce 2 volts of energy each so with six cells, the battery can produce 12 volts of energy.

You can reverse this chemical reaction, which is why it is possible to recharge your battery. When you apply current to the battery, lead and lead dioxide reform on the plates, allowing you to use your battery again.

How Long Does it Take to Charge a Car Battery at 50 Amps? 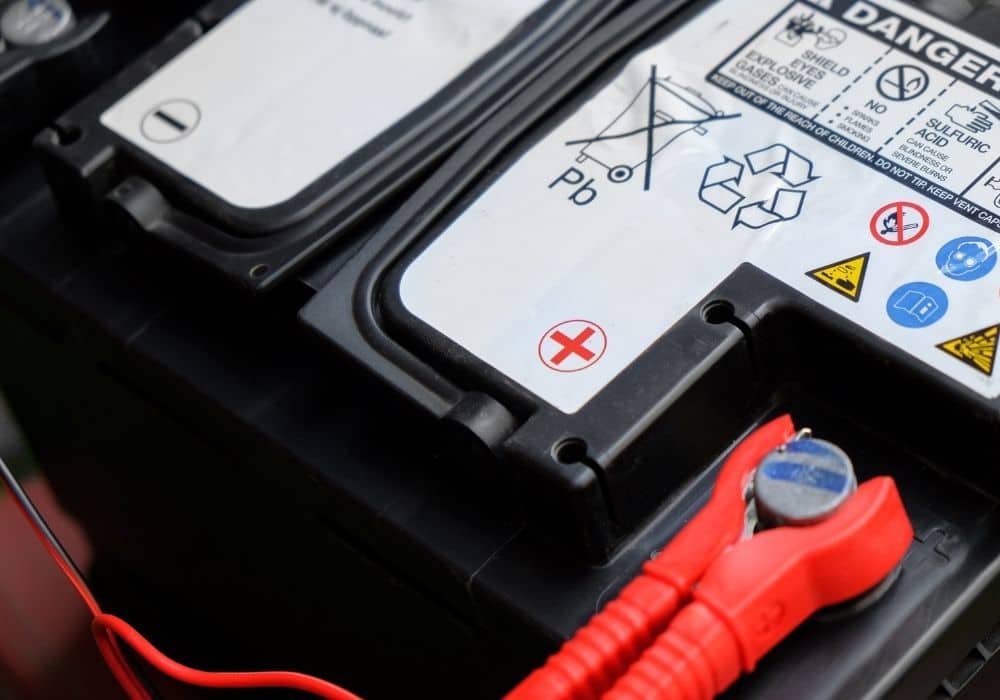 According to experts, when you charge a car battery at 50 amps, it will take between one and five hours maximum. How long it will take depends on how much charge is left in the battery and the voltage of your car battery.

Should You Charge a Car Battery at 50 Amps?

While some experts do not recommend charging your car battery at 50 amps, you can do it. However, you need to exercise caution. When you charge at a higher amperage, the battery charges faster so you need to know the correct charging time.

Not disconnecting the charger when the battery has fully charged will cause the battery to overcharge. Overcharging will lead to issues with your battery, which we will cover later in the article.

What You Need to Know Before Charging Your Car Battery

For example, you will get a 1 amp current for one hour or 2 amps for thirty minutes with a 1Ah battery. As well as knowing the total amp-hours of your battery, you also need to know its voltage and the amps on the charger. In our case, it will be 50 amps.

Most car batteries are rated either in Reserve capacity (RC) or Cold Cranking Amps (CCA). Your car battery should have a sticker with one or sometimes both measurements. The amp-hour rating may also be included on the sticker. 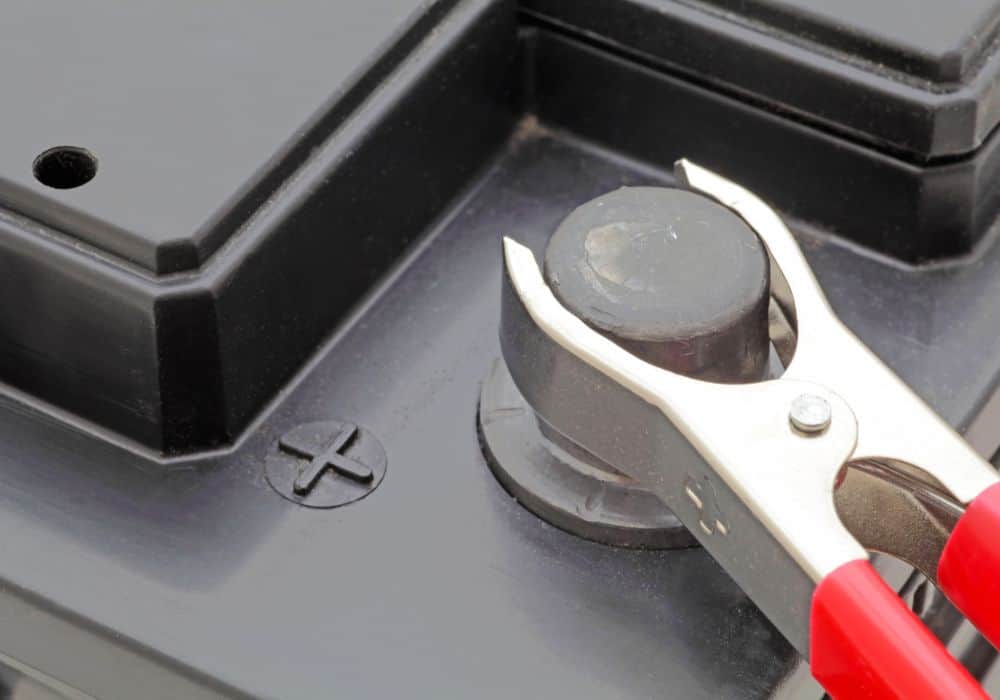 What is The Correct Charge Time at 50 Amps?

To work out how long it will take to fully charge your car battery at 50 amps, you can use a formula. You can use the same formula to calculate the battery’s charge time for chargers with different amperages as well.

To calculate the time it takes to fully charge your battery, there are three steps and the formula looks like this:

Let’s break down the formula into three steps.

The formula may look complicated, but it is quite straightforward. Let’s clarify it with an example. If your car had a 100Ah battery and there were 20% charge left, you would first calculate 0.2 x 100 = 20.

Next, you will take away the answer from the total Ah for your battery. So 100Ah – 20 = 80. The final step is to divide that answer by the amperage of your charger, which will be 80 / 50 = 1.6. This calculation shows that a full charge will require 1.6 hours. That changed into hours and minutes equals one hour and 36 minutes.

For anyone who would prefer not to use the formula, you can find online calculators that will work out the charge time for you. If you are new to charging car batteries, you might like to check out this video first as it explains how to connect the charger to the battery safely.

What Can Happen if The Battery Overcharges?

While fast charging has its advantages, you need to be aware of the risks involved in leaving the charger on for too long and the battery overcharging. There are different consequences to overcharging your car battery. Some are not serious, but others can be very severe.

Overcharging your battery will cause it to overheat as heat builds up faster than it can radiate out. This will cause the water in the chemical solution to evaporate. When the water evaporates, you will be left with a concentrated sulfuric acid solution. This is a corrosive solution and will damage the battery plates and shorten the battery life.

If the battery is left connected to the charger when the battery is already full, heat will continue to build up inside the battery. The battery casing, which is usually plastic, will begin to melt if the heat continues to rise. If the casing melts, the hot battery acid will leak and corrode elements around it.

Overcharging the battery enhances the electrolysis process during which water is broken down into its elements oxygen and hydrogen gasses. The gasses can bubble and the acid boil over, escaping into the environment. If the area is not well-ventilated, hydrogen gas can build up, ignite and explode if exposed to fire or heat. 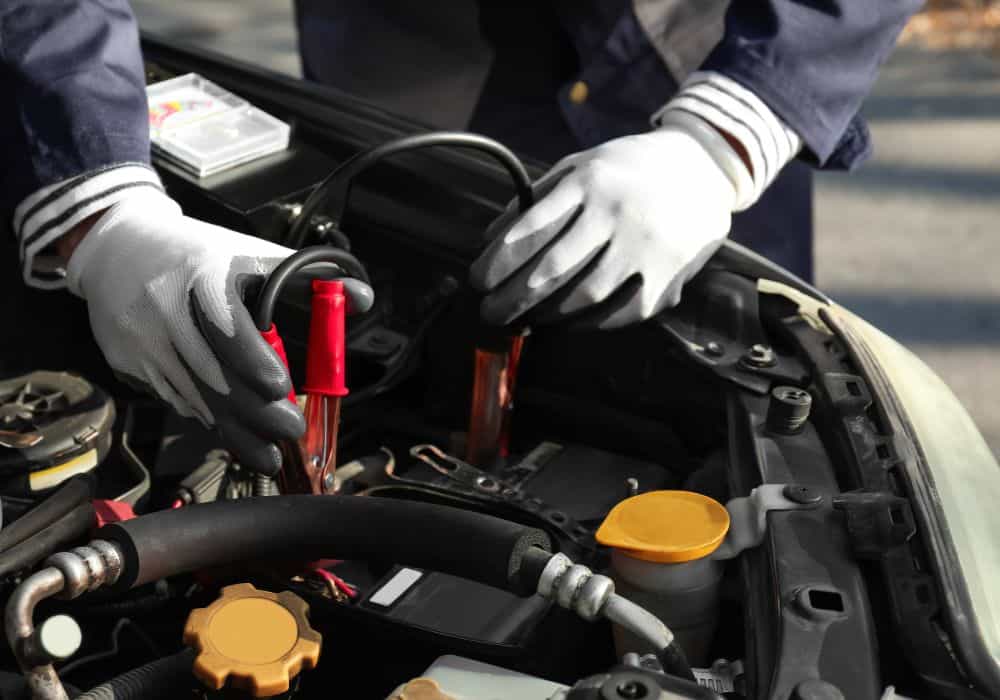 As well as calculating the charging time and disconnecting the charger on time, there are other ways to stop your car battery from overcharging. For example, modern chargers, such as smart chargers, will adjust the current coming into the battery. It will also cut off the power supply to a fully charged battery.

You should also check that the charger is compatible with your car battery and that the settings on the charger are correct. Maintaining the alternator, which has a key role in how the battery is used, will also help prevent overcharging.

If you are planning to use a 50 amp charger to charge your car battery, you can use the formula we have shared in this article to work out the maximum time you should leave it to charge. Remember to take the battery off the charge as soon as the time is up or you could end up causing your battery, and your car, serious and costly damage.

If you cannot ensure that you can unplug the charger at the right time, then it is best to use a charger with fewer amps. Alternatively, you can use a charger that automatically cuts off the power supply when it detects the battery is fully charged.

We hope to have covered all your questions regarding charging a car battery at 50 amps. If you still have questions about charging your car fast with a 50 amp charger, you can write your questions in the comments section.