Skip to content
UniEnergy Technologies » How Much Does A Tesla Battery Weigh? (Ultimate Guide) 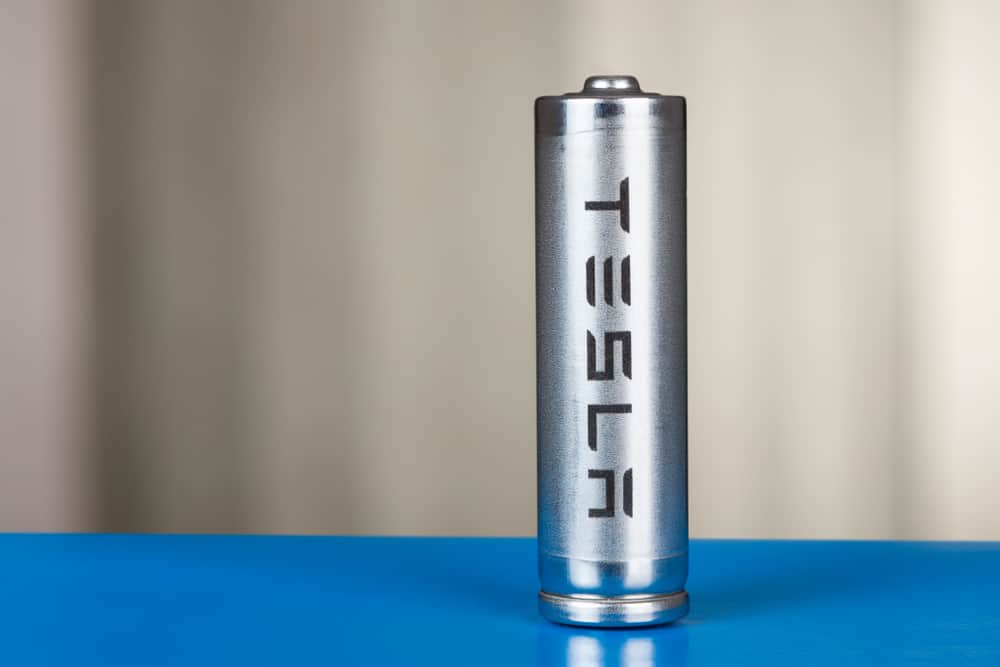 If you have an ordinary car, the weight of its battery has probably never attracted your attention. After all, the weight of a regular 12-volt automobile battery is probably around 40 lbs (18 kg), which is not much.

As electric cars become increasingly popular, more people are starting to ask about their specs and qualities. When they do this research, they inevitably run into information about the weight of the battery.

Since Tesla is the most famous company in the electric car market, many people wonder how much a Tesla battery weighs. If you don’t know anything about this topic, you will probably be shocked when you hear the actual figures.

So fasten your seatbelts and join us on this heavy journey!

How Much Does A Tesla Battery Weigh? 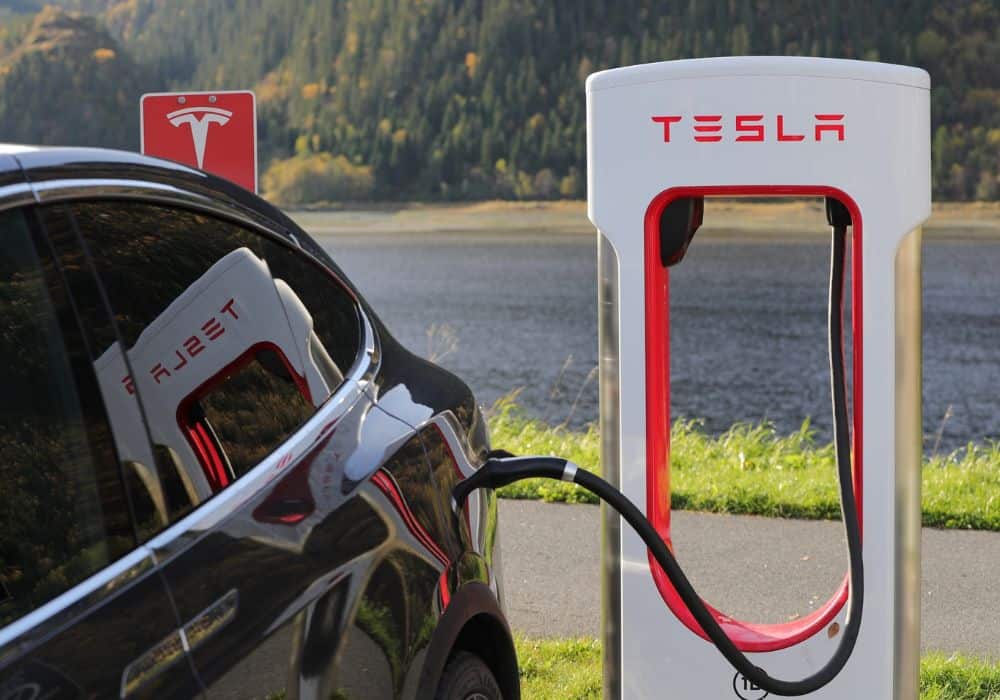 Let’s start with the star of Tesla’s line-up of electric vehicles – Model 3.

Model 3 is not only Tesla’s but also the world’s most popular electric car and the first to be sold in more than a million units. In addition, from 2018 to 2020, this compact sedan was the world’s best-selling plug-in electric vehicle (PEV).

What does it owe its popularity to? Model 3 is decently priced in the category of mid-cost electric vehicles, which makes it attractive to a larger number of consumers.

But that’s not all. Efficiency, performance, acceleration, safety, futuristic styling, advanced technology and connectivity, and very long range are some of the qualities responsible for this car’s high sales numbers.

When it comes to its battery and specifications, it is important to emphasize that the Model 3 is produced in two versions, Standard Range and Long Range, so the batteries are, therefore, slightly different.

The weight of the Tesla Model 3 Long Range battery is 1,060 lbs (489 kg), and as far as the arrangement of battery packs is concerned, it is as follows: 4,416 cells are arranged in 96 groups, which means that there are 46 cells in each group.

You will not be surprised when we tell you that the Long Range model has a long range – it is 358 miles (576 km), which makes it one of the best electric cars on the market when it comes to this segment. In addition, the battery capacity is 82 kWh.

We said that the Model 3 has excellent acceleration from 0 to 60 mph and the Long Range version of this car proves exactly that with an acceleration of 3.1 seconds.

As for the arrangement of battery cells in the Standard Range version, there are 2976 cells in 96 groups. In each group, 31 cells are located, and thanks to them, this model has a range of 272 miles (438 km) after a single charge. Battery capacity is 60 kWh. 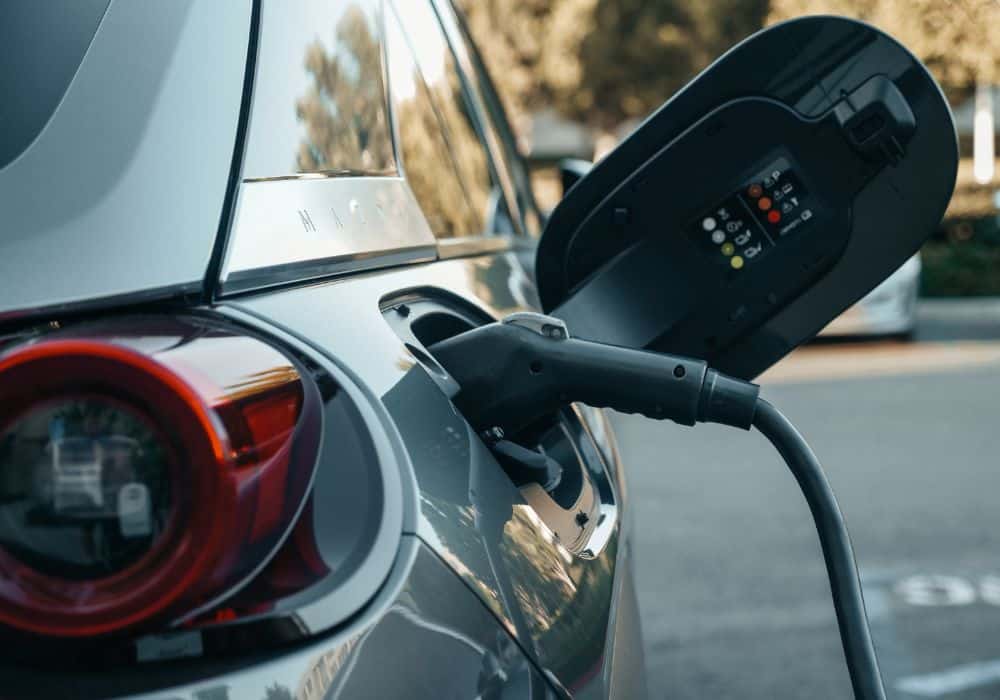 The Tesla Model S is the second electric vehicle the company has produced, the first being Tesla’s sports car, Roadster.

We said that the previous model was the most popular and best-selling Tesla model ever, but Tesla as a company would never be where it is if it weren’t for the initial success of the Model S.

This model was first produced in 2012, and although a lot of time has passed since then, the Model S still has a good market share.

When it first appeared, the high price was a point of contention for a lot of people, but when you look at what it brings in terms of performance, it’s no wonder why it brought and continues to bring success to the company.

The Model S’ Plaid version has an incredible acceleration from 0 to 60 mph in 1.99 seconds, is equipped with more than 1,000 horsepower, and can reach a top speed of 200 mph. How about that?

Since this model has been changed several times and produced in several variants, there are versions with a battery capacity of 60 kWh up to 100 kWh. Accordingly, the batteries have different weights. For example, the battery weight for a model with a capacity of 85 kWh is 1,200 lb (544 kg).

The weight of the Model S is 4,561 lbs (kg), which means that the battery is responsible for more than a quarter of the car’s total weight. This model carries 7,104 lithium-ion battery cells that are arranged in 16 modules. The modules are wired in series.

This model’s battery was available in four different lithium-ion battery packs that differed in battery capacity. Those four battery packs are 60, 75, 90, and 100 kWh.

However, Tesla has discontinued production of the first three mentioned packs, so nowadays, it is possible to buy only the 100 kWh one.

We said this model is an SUV, which makes it different from other cars from the production line. It is the best in terms of storage room with 91 cubic feet, which is excellent for a luxury electric SUV, and that is how this model is marketed. 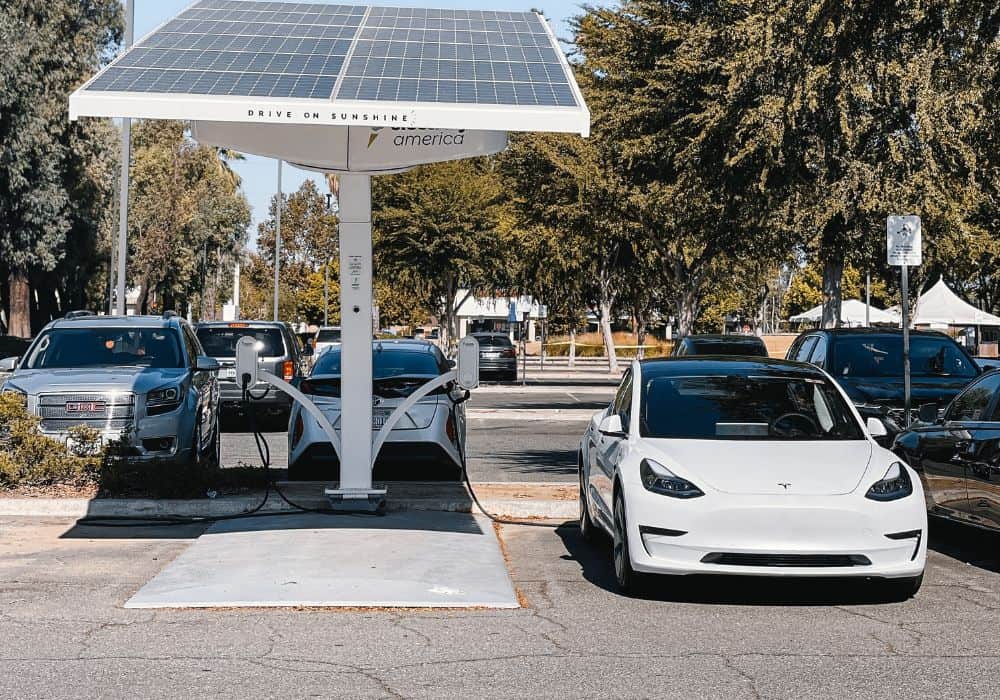 If you are interested in something between Model 3 and X, Model Y is the right thing for you. This model shares 75% of its parts with the famous Model 3 but is also categorized as an SUV (although not as big as the Model X).

Despite the fact that the second version has twice as many cells, it is 20 lbs lighter than the first version, which weighed 4,500 lbs.

Before Tesla became what it is today, its target group was lovers of (electric) sports cars. In 2008, they were called Tesla Motors and produced a sports car – Tesla Roadster. There are many interesting facts about this car, the first of which is that it was the first electric car that used lithium-ion battery packs.

The capacity of this package was 53 kWh, and Tesla named it Energy Storage System (ESS). It weighed 992 lb (450 kg), and the package configuration was called 11 S 9S 69P, which means the following: 11 sheets connected in series, each containing nine bricks that were also connected in series.

Finally, each brick had 69 cells, which were in parallel. All this in total means that the battery of the Tesla Roadster carries a total of 6831 cells.

One charge of this battery will take you 244 miles (393 km), and thanks to this fact, the Tesla Roadster was the first all-electric car that could travel more than 200 miles (320 km) with just one charge.

The second generation of this sports car is currently in production and should appear on the market in 2023. According to estimates, the battery will weigh 1,836 lb (833 kg), and thanks to it, owners of this car will be able to drive 620 miles (1,000 km) without recharging. Its capacity will be 200 kWh.

If you thought the weights of the batteries we talked about so far were huge, wait until you hear what’s up with Cybertruck’s one. Of course, at the moment, it’s all estimates and guesses because this truck’s production is predicted to start at the end of 2023.

As you can see, not much is currently known, but what is known is that the battery will be enormous.

Now you know that the Tesla battery weighs around a quarter of the car’s total weight. Let’s mention the weights one more time, so they stick in our memory:

If you have any questions, go to the comment section!