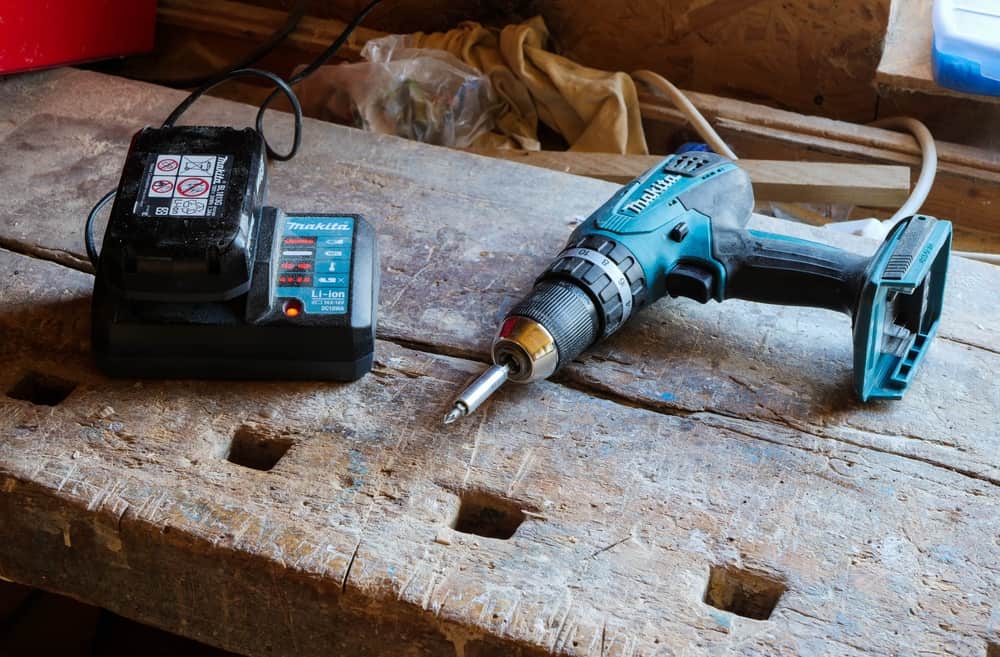 Seeing your cordless drill battery run out of juice in the middle of a long and important job is always frustrating but even more so when you don’t have a working charger at hand.

Fortunately, recharging a cordless drill battery works on the exact same principle as recharging a Li-ion battery or any other rechargeable battery – all you need is a power source capable of outputting the exact voltage your battery needs and a way to connect the battery to it.

So, if you’ve just lost your drill battery charger and you feel you’re in a pickle, here are 6 easy solutions to try for how to charge a drill battery without a charger.

How to charge a drill battery without a charger?

Realistically, there are countless types and models of chargers that can work, depending on the exact model of your drill battery. As long as there is enough charge in the charger and it can be safely connected to the battery, it’d be a very good idea to try.

We won’t go over every specific model here, however. Instead, we’ll go over the basic types of charges you can use to give you an idea of what to look for and research.

1. With a laptop charger

A standard laptop charger is rated for 18-20V of power which is ideal for most cordless drills as it’s comparable to their original chargers. Not every charger will work, however, and you will need to go through a few set-up steps:

While this is a non-ideal way to charge your drill battery, it can work well enough in a pinch. The whole process will usually take 1 or 2 hours which can be annoying but isn’t all that bad.

And, again, do remember to read the output voltage ratings on the back of the laptop charger before you begin. Some can vary a lot and be 14V, 16V, 18V, or 20V.

2. With your car’s power outlet

An even simpler option for a homemade drill battery charger is your car charger. Just plug the drill’s battery into the car’s 12V socket and it should get powered up pretty quickly.

The risk of damage to the battery here is lower but it’s still important to not let the battery get overcharged – so don’t just leave it plugged in for hours or overnight. Another potential downside here is that your drill may not have 12V batteries. As above, the voltage of the battery and your car’s charger should match to successfully charge the battery – fortunately, 12V drill batteries are fairly common.

3. With another batteries charger 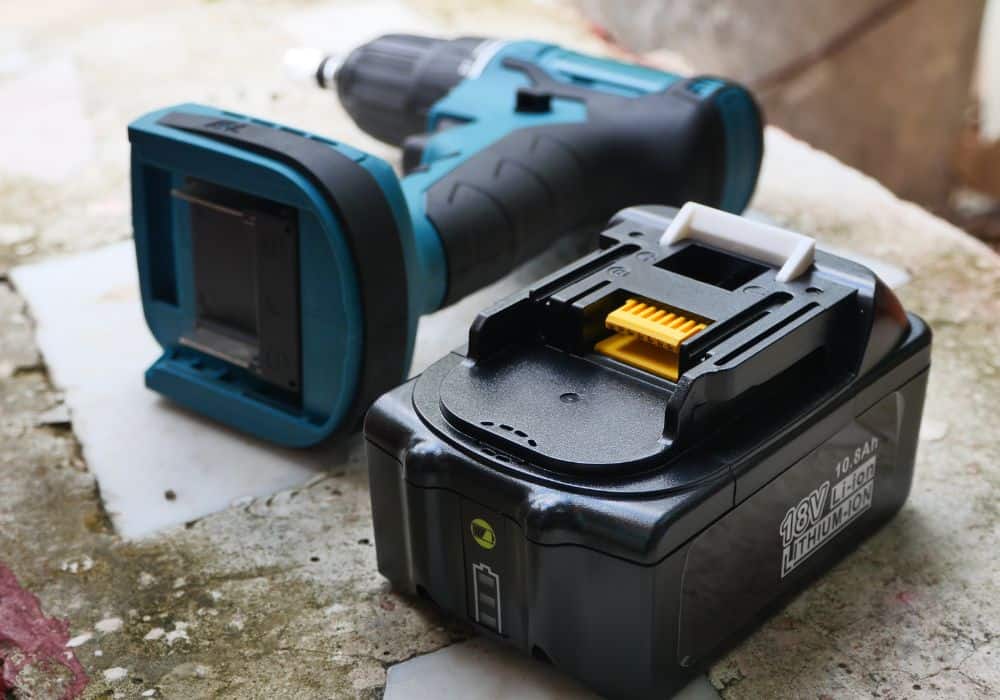 To charge a drill battery you don’t necessarily need to have its own charger at hand – different kinds of chargers can also work just as fine as long as it has the right terminals and voltage. This way you can quickly put some juice back into the battery without an issue.

The main thing to watch out for here is whether the charger is safe to operate. We all have heaps of old cables and chargers at home but it’s easy to forget that some of them are so old they likely don’t work properly anymore.

So, it’s wise to be vigilant when trying an old charger – keep an eye on it while it’s charging, make sure the battery doesn’t charge, and so on.

A solar charging system can also work great if the solar inverter is designed for 12V battery systems. The potential problem here is that solar panels tend to be variable DC voltage sources and their output isn’t always constant as it changes with the sun’s exposure, direction, and temperature.

Still, while 12V rated solar panels do have an output of 17 volts, they are typically regulated down to 13 to 15 volts so they can work to charge a 12-volt battery. So, as long as you are certain that the solar panel is designed to charge 12V batteries, you can safely plug your power tool batteries in even without an MTTB volt controller.

As above, just make sure to check on your battery so that it doesn’t overheat. This method doesn’t come with smart charging protection and it won’t stop charging your battery even after it’s full which can lead to accidents.

5. With another drill battery

An even more straightforward approach is to just connect the battery to another battery with the same voltage. As you likely have a variety of cordless tools, some of them are bound to have full batteries that just don’t work for your drill but are full nonetheless.

All you need to do is connect the negative terminal of the full battery with the negative terminal of the empty one and connect their two positive terminals as well – that’s all, as shown in the below video. As long as the second battery has the same voltage output and is indeed full, everything should go smoothly. Even the risk of overheating is not a concern here as the first battery will run out of juice as the second gets full.

6. With a portable power bank or a different portable charger

Nowadays, there are portable power banks of all shapes and sizes for our smartphones, our camera’s battery, and more. Such power banks can just as easily be used for a cordless drill battery too, however, as long as it’s of the right voltage.

Do keep in mind that such power banks can take a while – sometimes up to 24 hours – to fully charge a cordless drill battery. You won’t be able to use the battery in the meantime so this isn’t as much of a quick fix. Not to mention that, unlike a car’s battery, a power bank will run dry pretty quickly.

Nevertheless, this is very much a power bank’s intended purpose and it serves it well. Plus, if the power bank has USB support, you may be able to plug both the battery and the drill in it simultaneously.

There are other types of portable chargers you can try too – similar to rechargeable battery packs, these chargers are designed to be used for various cordless tools such as drills, blowers, and others. Having one around is pretty much a must for people who often work with cordless tools and especially for those who do so away from home.

A great portable charger will not only have numerous slots for various types of batteries but it will also be able to charge several different batteries all at once when need be. Alternatively, some have interchangeable plates for even more versatility. Most will also be smart enough to stop charging once the battery is full and thus prevent overcharging, leaking, and explosion risks.

The only “downside” here is that having such a charger at hand isn’t often the case – if you did, you’d be prepared and likely wouldn’t need to reach articles about it online. Power banks are more common, however, so you might have one and not have thought about using it yet.

In conclusion – how to charge a drill battery without a charger?

Having a way to get your cordless tool battery full again in a pinch is always great and can often save your project hours or even days. It’s not always easy, however, especially if you’re away from home, on the road, or somewhere in the wilderness.

Fortunately, if you have your car or laptop nearby, you will likely have a quick fix to work with but it’s better to be prepared with something more specialized such as a portable power bank or something similar.