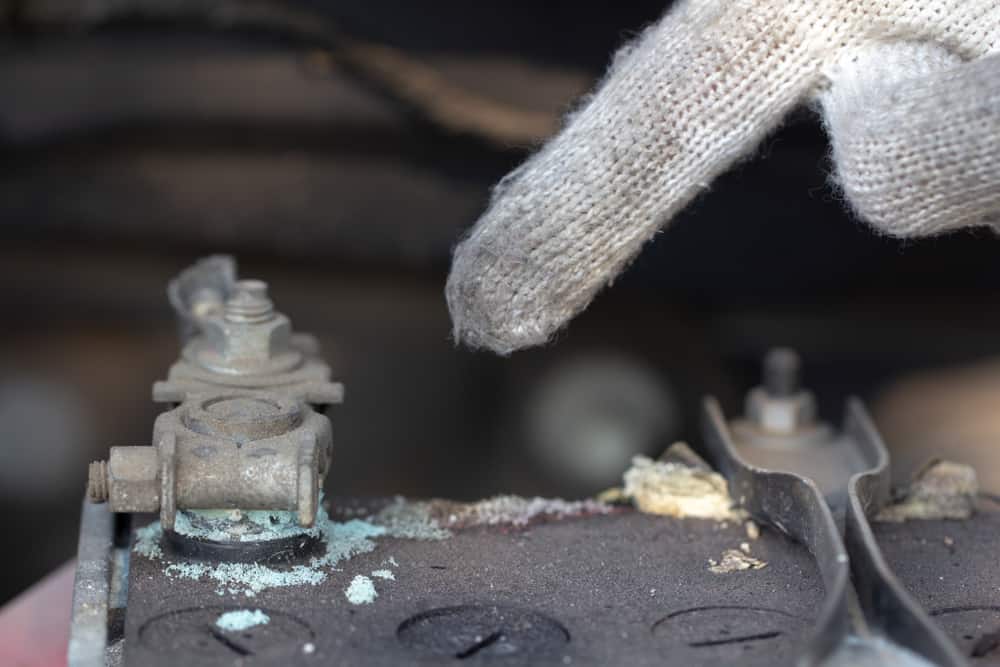 Did you know that you can learn how to clean battery terminals with coke to restore optimal functionality? Corroded battery terminals don’t only give you a nasty-looking battery. Even the slightest bit of corrosion can significantly affect the performance of your battery.

This, in turn, affects electrical power delivery to the rest of the car, bringing a handful of issues. These include delayed cranking or even failure to start the car. Now, keeping your battery clean and clear of any corrosion ensures it works effectively, producing optimal energy.

Here’s the best part – you don’t always have to splurge on a special battery cleaning solution. With readily available items around your household, such as coca cola, you can have your battery terminals sparkly clean in no time.

Here’s how you do it!

Here are the simple tools you can find around the house needed to use for cleaning battery terminal corrosion:

Here is a step by step instructions on how to clean battery terminals using coke.

Step 1: Locate and Disconnect the Battery

Put in your safety gear and turn off the car’s engine and locate the battery in the hood. Next, you want to disconnect the battery terminals to allow for more effective and thorough cleaning. Depending on the amount of corrosion buildup on the terminals, you may have to scrape off the build-up around the terminals with a small knife. This makes it easier to loosen up the cables.

To disconnect the battery cables, use the appropriately sized wrench to gently twist and pull out the negative cables/grounded terminal. This is the terminal connected by a wire to the engine or car body.

Repeat step 2 for the positive terminals/ ungrounded terminal. Always start by removing the negative terminal cables followed by the positive. This is done for safety. If you start to remove the positive cable, you put yourself at risk of electrocution.

This is because, with the current remaining connected in the car, you could easily get electrocuted handling the positive terminal first. For this same reason, you should NEVER touch both terminals at the same time.  After disconnecting the cables, the battery terminals should now be ready for cleaning.

After removing the terminal cables, examine the clamps and cables. If they are excessively corroded, try to clean them as well. If you fail to remove all the corrosion, it may be time to replace them. After all, if the cables and clamps are still corroded even after intense cleaning, they won’t be of any use. This is because the corrosion build-up may still interfere with the batter’s electrical power transmission.

Start by pouring coke to cover all the corroded parts of the battery. But, don’t start scrubbing right away. You want the coca cola to sit for a few minutes and let its bubbling dissolve the rust and corrosion. Now, coca-cola is effective at cleaning up rust due to the phosphoric acid it contains.

The acid causes the bubbling when the coca cola is poured on the corroded surfaces. Left for a few minutes, the acid in the soda dissolves and eats away the corrosion and rust, making it easier to clean off any remaining (now softened) residues. 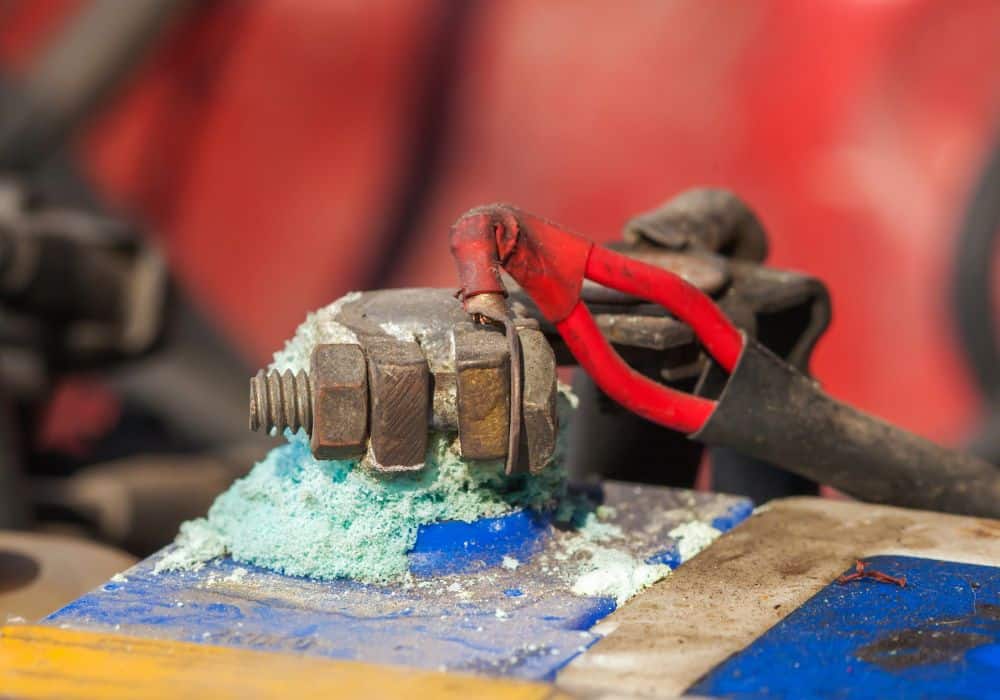 Once you notice the coke bubbling and starting to neutralize the corrosion, it’s time to scrub. Using the brush, gently scrub the corrosion still stuck around the bolts and other difficult-to-access parts.

Pour a small amount of water around the entire battery surface, the bolts, and other difficult-to-access areas. The water will help rinse out the scrubbed-off corrosion residue to leave the battery sparkling clean.

Next, use paper towels to pat dry the battery and clean off any remaining residue. When everything is clean and dry, you can proceed to reconnect the battery.

Start by reconnecting the positive cable followed by the negative cables. Again, you want to do exactly this, to avoid the risks of electrocution. When you connect the negative cable, you may see some sparks. This shouldn’t alarm you as it is usually an indicator that the battery connection has been established and that it works just fine.

After this, your car will be ready for use and if you experienced any ignition issues, clearing off the corrosion established the connection to start your car effortlessly without any delays.

Here’s a video summary illustrating how to clean battery terminals with coke.

Tip For Car Owners In A Cold Climate

Extreme climate conditions affect car batteries. Now, to mitigate this problem, you have to find a solution for the low-temperature problem when cleaning your battery terminals of corrosion.

Coca-cola, like many other acidic drinks, contains phosphoric acid that offers cleaning properties. The phosphoric acid does a good job of weakening and dissolving the corrosion and rust. With the corrosion broken down, all you do is rinse the battery terminals with water and wipe out the small remaining residues.

Hard-to-reach places, such as the bolts, may still have some corrosion build-up remaining as insufficient amounts of coke may get to these places. But, the coke would’ve loosened up the corrosion, making it easy to just gently scrub and rinse off the corrosion.

What Other Household Item Can You Use To Clean Battery Terminals? 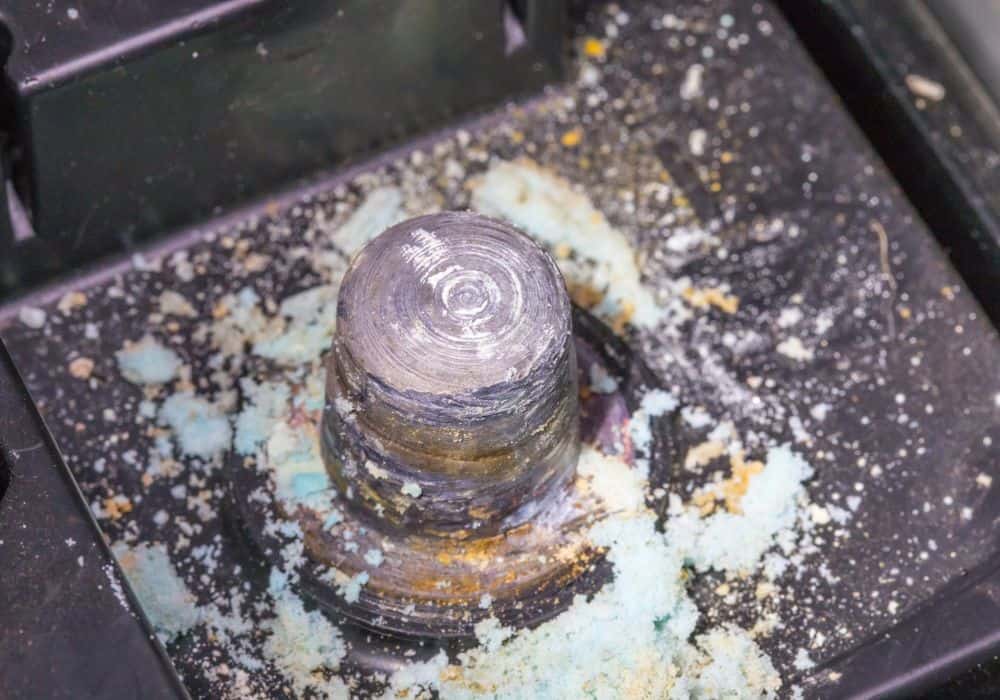 There are several other household items you can readily use to clean battery terminals if you are on a tight budget. These include baking soda and soda.

While coca-cola is pretty effective at the job, other carbonated soft drinks like sprite do an equally good job. Sprite contains carbonic acid that can be used to effectively remove rust deposits and stains.

All you do is pour the soda on the corroded terminals and let the bubbles dissolve the corrosion. Then, wipe off the terminals with a wet cloth or sponge to remove the remaining corrosion and rust stains, and sticky sugary remnants of the soda.

Other household items you can use to clean battery terminals include white vinegar and lemon juice.

Learning how to clean battery terminals with coke can save you significant amounts on those stormy days. After all, all you need to work the magic is a $1 can or small bottle of coke to thoroughly clean your battery.

A simple, but complex functioning drink, it only takes the acidity in the soda to easily dissolve the corrosion. In the end, you end up with sparkling clean-as-new terminals. But, always remember the essentials during the cleanup: