Skip to content
UniEnergy Technologies » How to Find Internal Resistance of a Battery? (Ultimate Guide) 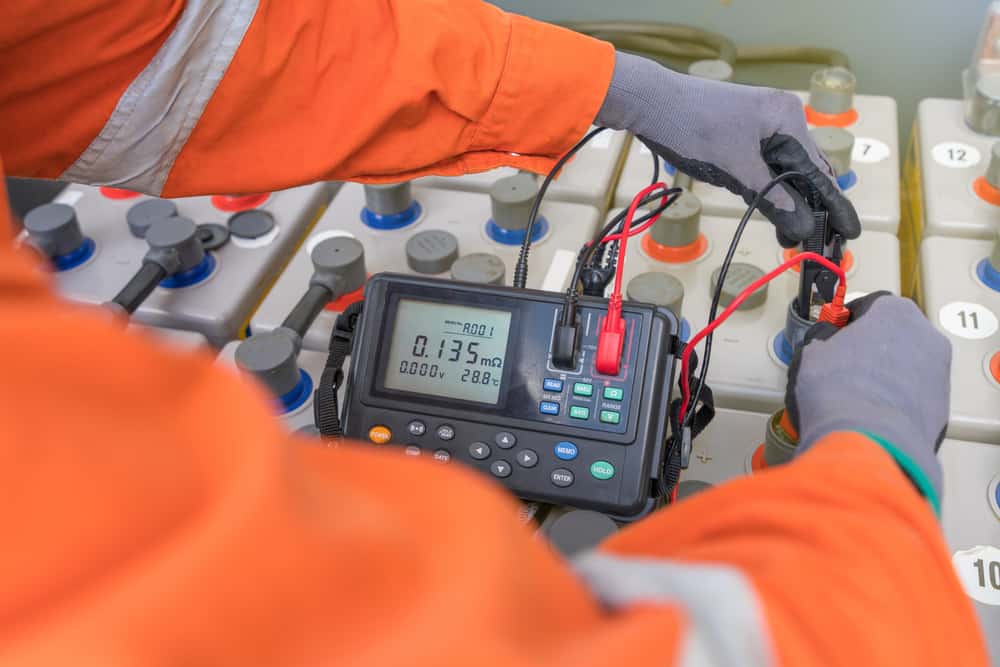 Before we look at finding the internal resistance, it is important to know some background starting with how batteries work. All batteries have two terminals made from different metals and an electrolyte between the two terminals.

The electrolyte is a chemical solution that enables the electrons in the battery to flow. They act as conductors and react with the metals on the two terminals.

One of the terminals is called a cathode, and it has a positive charge. The other terminal is the anode and has a negative charge. During the chemical reaction that produces electricity, the cathode loses electrons through an oxidation process. The electrons flow through the circuit until they reach the anode.

What is Internal Resistance? 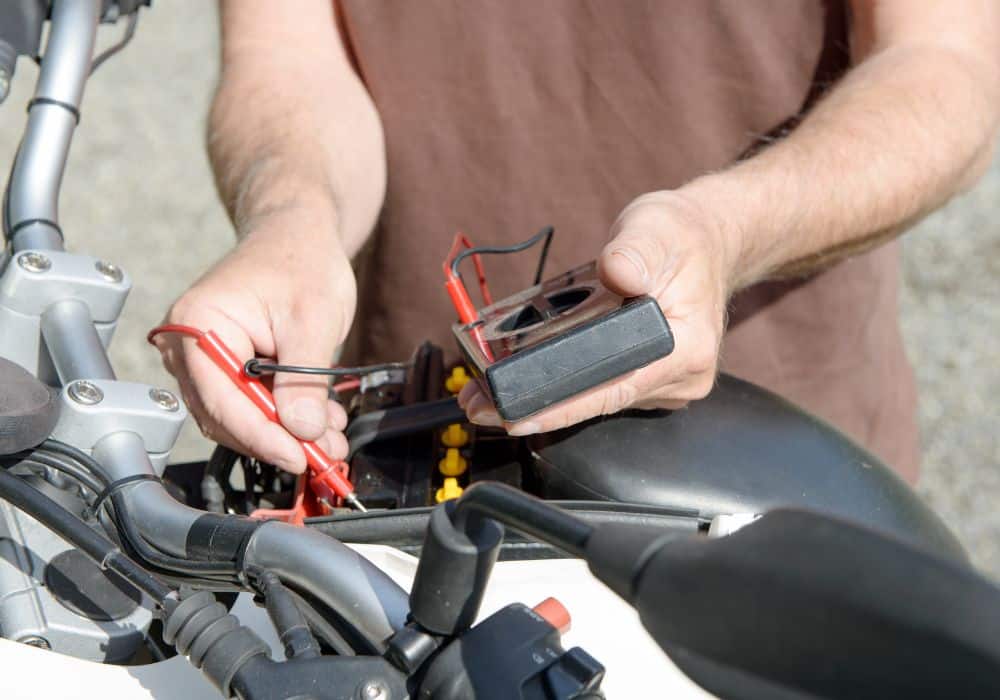 Ohms, represented by the symbol Ω, are units of electrical resistance. They are named after Georg Simon Ohm, a German physicist from the 19th century. Ohms can be used to express the resistance in a circuit where the potential difference is 1Ω = 1 V/A, where V represents volts and A represents the ampere.

Impedance, which is the resistance to a current, and reactance which results from inductance, are all characteristics measured using ohms. We can use ohms to observe the relationship between an electromotive force (EMF) and internal resistance.

Does Internal Resistance Affect The Current And Voltage of a Battery?

The above relationship is often expressed using a formula based on Ohm’s law. In a battery, voltage and internal resistance are both independent variables. Therefore, they both affect the dependent variable, which is the current.

When Do You Need to Know The Internal Resistance of a Battery?

How To Find The Internal Resistance of a Battery?

The most commonly used method to determine the internal resistance of a battery is to create a circuit without a load first and then add a load to the same circuit. To conduct the test, you will need the following equipment:

Note that if you have a multimeter, you can use that instead of a voltmeter and ohmmeter as a multimeter performs both readings.

Once you have the equipment, you can follow the steps below to measure the internal resistance.

Next, you need to determine the voltage of the battery without a load. You do this by connecting the leads from the voltmeter or multimeter to the battery terminals. The red voltmeter terminal is connected to the cathode on the battery and the black terminal to the anode.

Record the measurement. Because we are not using a load in the circuit, you will get an open-circuit voltage reading. The reading will be different when we add a load to the circuit.

Add a resistor to your circuit and read the measurement on the voltmeter again to get the loaded voltage reading. You should now get a lower reading because of the internal resistance of the battery. This part of the test must be performed quickly and you need to disconnect the battery as soon as the voltage measurement stabilizes.

If the contact is too long, the load resistance will drain too much current and distort the overall measurement. To avoid this, connect the resistor to the reader’s test lead first and then connect the battery.

Calculate the internal resistance using both readings. You will use two formulas: Ohm’s law and Kirchoff’s voltage law. You will find the formulas below.

Once you have your measurements, you will use Ohm’s Law formula first. This will give you the current that is flowing through the circuit. The formula is V = I x R where V is voltage, I means the current, and R is resistance.

The formula to use is VOC = VI + VL. In the formula, VOC means the open-circuit voltage, VI is the voltage across the internal resistor, and VL is the loaded voltage.

Finally, you need to use Ohm’s Law again to find the resistance of the battery. The final formula looks like this: VI = I x RI. The abbreviation I again stands for current, RI means internal resistance, and VI is the voltage across the internal resistor.

What Can Affect The Internal Resistance? 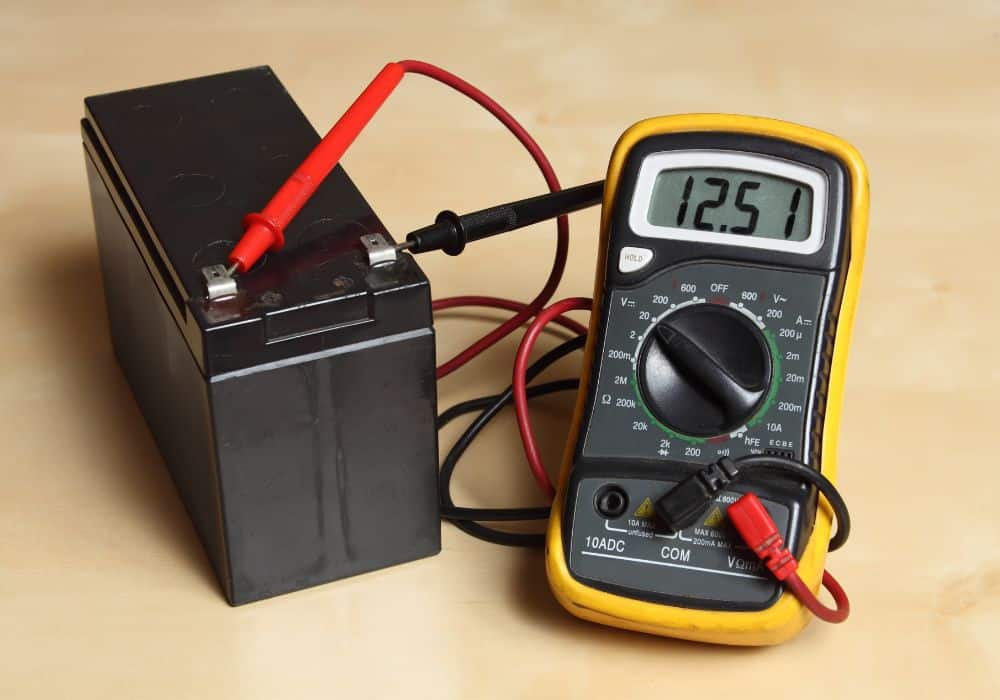 Lead-corrosive cell packs have minimal internal resistance, which means that discharges at high currents over a few seconds have hardly any effect on the battery. Grid erosion and sulfation can increase the internal resistance of these batteries as can cold temperatures.

Carbon-zinc batteries often have higher internal resistance, which means they should only be used in applications that have low current needs such as lamps or controllers. When the batteries drain, the resistance becomes higher. This explains why standard alkaline batteries have a comparatively low runtime.

In nickel and lithium batteries, the internal resistance can increase due to crystalline development and in lithium-ion batteries, it gets higher with usage. The resistance level of all battery types is also linked to the state of charge and how regularly they are used.

Is it Possible to Have Zero Internal Resistance?

If you often deal with battery-powered systems or devices, it is useful to know the internal resistance of the batteries you are using because it will affect how well your system or device will work. Each battery will have its unique resistance depending on its age, state of charge, and the temperature you are using the battery in.

If you have any questions about how to find the internal resistance of a battery, you can write your questions in the comment box.