Skip to content
UniEnergy Technologies » How To Get Key Out Of Ignition With Dead Battery? (5 Simple Steps) 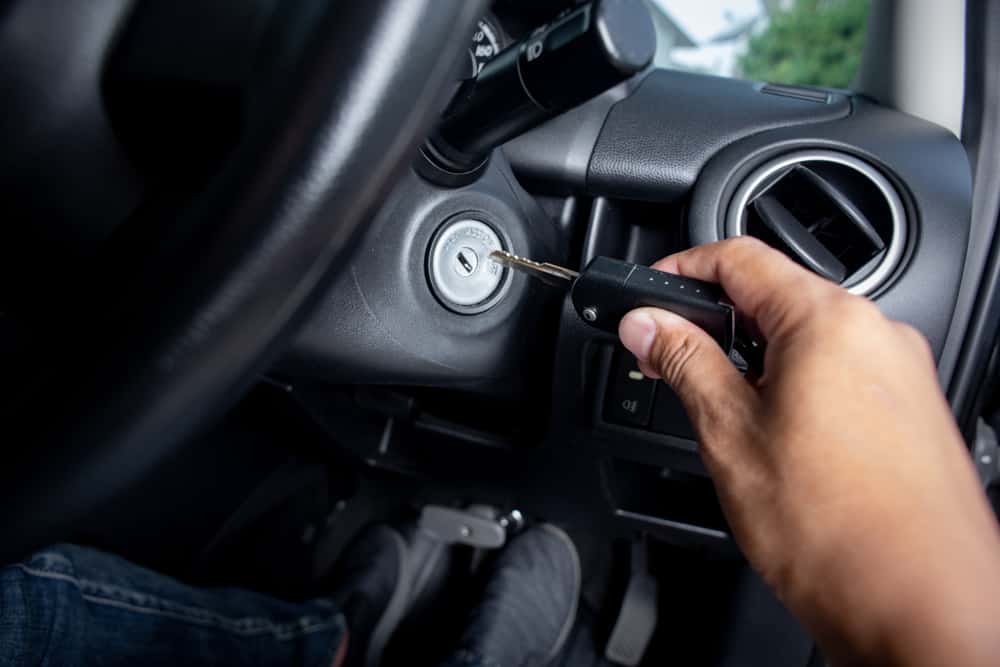 Can it get worse? The car battery can be dead with the key still in the ignition. How do you get your car key out of the ignition with a dead battery? You can jumpstart the vehicle’s battery, but that will mean having the necessary cables and another car with a running battery.

While it may seem like a readily available kit for every driver, and it should be, cables for jumpstarting a dead battery are not always available. Note that this is a common problem.

What do you do to get the key out of the ignition? This article explains how to remove the key without damaging anything, and it will also explain the possible causes of a dead car battery.

Dead car batteries are nothing new, especially in these days of modern inventions. Manufacturers tend to design a mechanism that locks the key in the ignition when the battery dies. The same applies even if the battery is not dead but fails to provide the required power to the car.

It is a safety feature that prevents theft or car key loss but can also be inconvenient. Computers control newer car models, so it is automatic to lock the key in the ignition if the car’s system stops getting power from the computer.

Test the battery’s function to be sure it is dead. Sometimes, a dead car battery is not the root of a locked key in the ignition. There are other causes of this problem, so you want to ensure the battery is dead before taking the next step.

Test the battery by turning on the car radio or headlights; the battery controls these parts and other functions. If they turn on, the battery is not dead. However, the battery is dead if the lights and radio fail to work. You can give them one or two tries, but do not force them to turn on if they remain unresponsive. 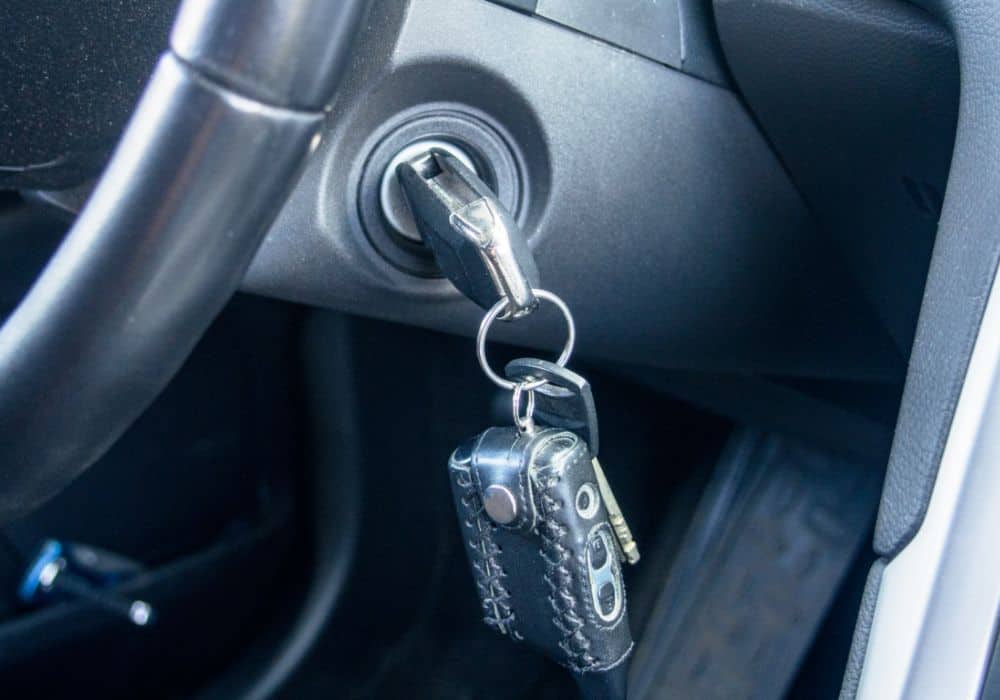 Without further ado, let’s explain the steps of removing the stuck key from the ignition of a car with a dead battery.

If you have moved the key, it is crucial to push it back into the ignition. Push it in until it stops moving. Ensure you do not use force while moving it to avoid damaging the ignition or key.

Get a small flathead screwdriver; it must be small enough to work around the ignition. A larger or thicker screwdriver may cause irreparable damage or cost more to repair in the long run. Use a paper clip if you cannot find a screwdriver of that size or nature; avoid using a larger one.

Every steering wheel has an access point, usually under the steering column. Locate the access door for your car’s steering wheel and insert the screwdriver or paper clip.

Ensure you insert it where the ridge is to open the compartment door. Opening that door gives you entrance into the column of the steering wheel.

Using a flashlight, search for a white button inside the column. You must have a good balance to fully view the interior part of the column and find the white button.

Push the button once you find it, and turn the key in the ignition simultaneously. The key should come out at this point.

Once the key is out of the keyhole, release the button and close the compartment door. You must carefully do this to close the door fully and tightly. Dirt and debris must not enter the steering column compartment as they may cause irreparable damage. 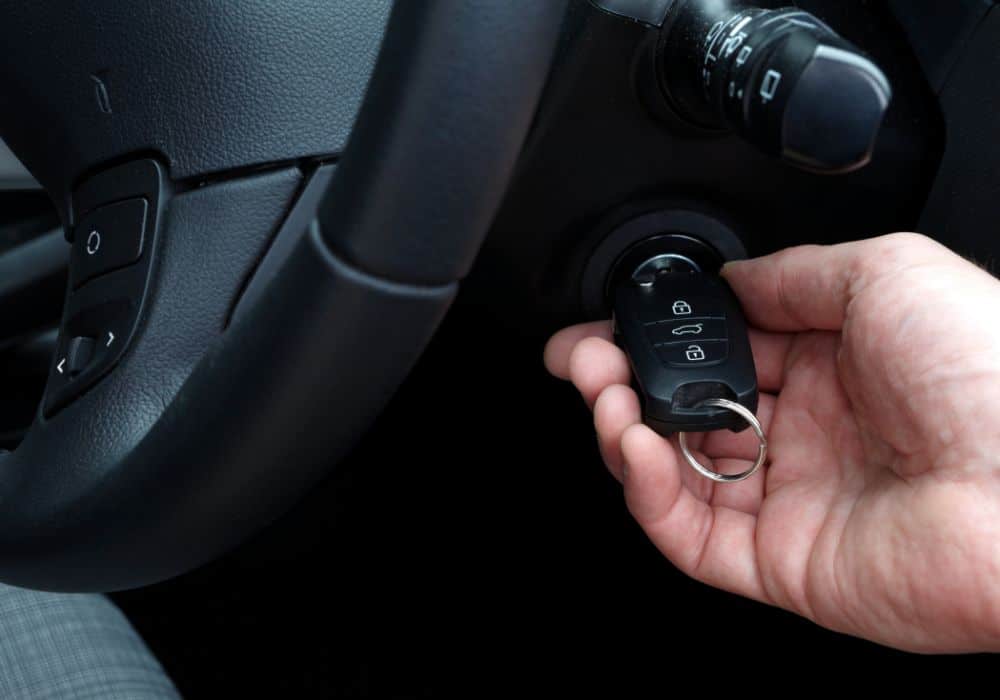 Knowing factors or issues that can cause a car battery to die can save you a lot of stress. You may not always need to carry jumper cables if you know what to avoid to keep your car battery running.

Your car battery has negative and positive terminals that connect it to the car’s system. Over time, the connections may come loose or become corroded due to the elements or moisture.

And if they are loose or corroded, the battery cannot work; it becomes incapable of sending power to the system. Forcing the car to start at this time may destroy the electrical connections and components.

Avoid this problem by cleaning the battery terminals of grime; regularly do this to keep dirt and residue from corroding them. Use professional assistance if you are unsure about cleaning the terminals. Otherwise, tighten loose connections if corrosion is not the problem.

If you have to start the engine too often within a short period, it may affect the battery. Starting the engine of any car requires a lot of power which your battery provides.

This is especially true if you start the engine too often and the battery is no longer new. As a result, the battery prematurely wears out due to the stress of frequent starting and stopping. Therefore, consider taking less frequent short drives to avoid wearing the battery out.

Your skin is only one of many things that the weather affects. Car batteries and connections can buckle under scorching or icy weather, especially if they are old. A newer car battery may withstand extreme weather conditions, but constant exposure can also affect it.

Monitor the battery’s performance in extreme weather conditions, as it will help you determine if that affects the battery. If it is underperforming, it may be because the battery is old. However, it is best to let an auto technician diagnose and fix the battery issue.

Replace it if the battery is too old or clean the terminals and other connection points, test it again, and decide whether or not you need a new one. 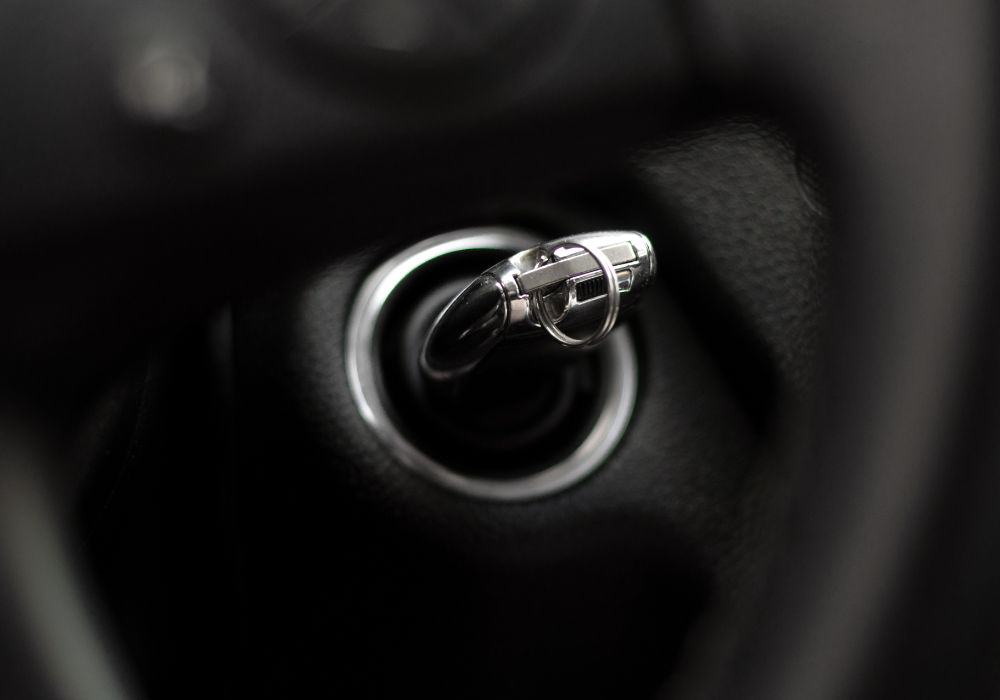 A parasitic load is when something draws power from another thing without supplying power in return. That may be true for your car battery, as several things can have a parasitic load on the battery.

Typically, the clock and radio draw running power from the battery, but they are not heavy enough to drain it, even if the alternator is not charging it. Heavier loads, such as defective relays and interior lights, will drain the battery if you leave them running when the car is off.

The battery can carry these loads, but only if the alternator charges it while they run. However, that is not the case when the car goes off since the alternator only charges the battery when you are driving the vehicle. So, ensure you turn off the lights, radio, alarm system, and clock, and close all compartments and doors before locking the car.

One part of a car that can quickly drain the battery is the headlights. Leaving the headlights on when the car is off can damage the battery. Sometimes, you accidentally leave them on, but a newer car model should automatically turn them off after a while.

While the lights may go off after some time, they will still drain the battery to a certain level when they are lit.

We usually take it for granted that our cars start when we turn the ignitions. The reason is that we expect the batteries to charge when we drive. However, that is not always the case, as a faulty alternator cannot charge the battery.

You cannot tell whether or not the alternator is bad unless you have specific training. But if not, take the car to an auto mechanic to determine the state of the alternator and battery. You may need a new alternator instead of a new battery.

The final possible cause is an old battery. While batteries do not die within one year, usage can wear them out and shorten their lifespan. On the flip side, careful usage can keep the battery for up to five years. If you have used it for several years, it may be time to replace it.

If you want to know how to get your key out of the ignition when the battery dies, you may need to open the steering column. It may look complicated, but it is a simple process, as outlined in this article.

However, it would be best if you kept the battery from dying to prevent the key from getting locked in the ignition. Therefore, check the possible causes of dead car batteries to know what to avoid.