Skip to content
UniEnergy Technologies » How To Start a Prius With a Dead Battery? (4 Simple Steps) 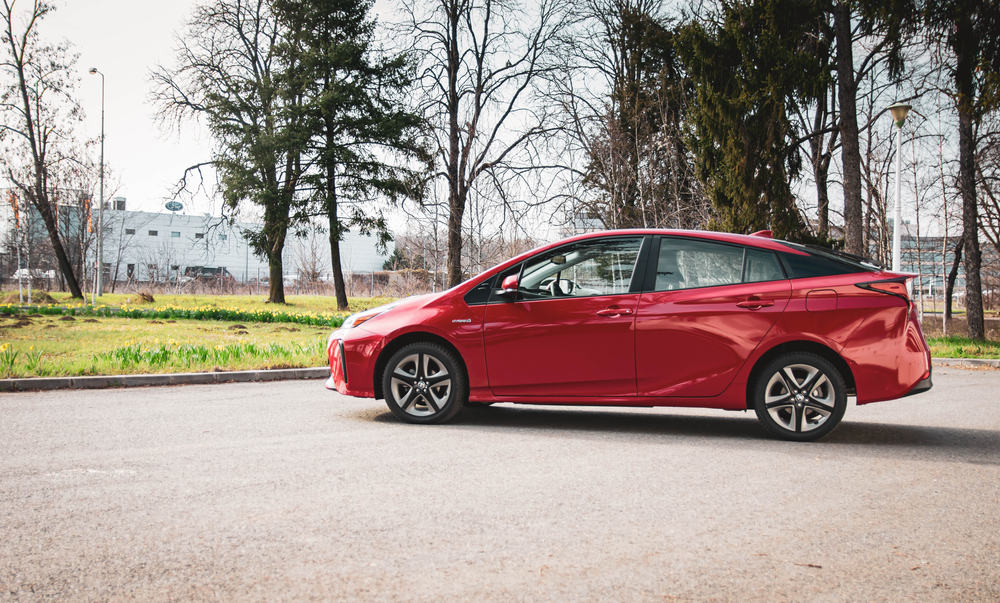 A dead battery in any vehicle is troubling, but Prius owners may feel a different twinge when this happens.

Luckily, it’s not a major problem. The double battery designs of the hybrid vehicle may bring about other doubts, but dealing with a dead battery in a Prius is little different than any other car.

Keep reading as we explain how to jumpstart a Prius with a dead battery. Because the issue doesn’t start or stop there, this article also explains why your battery died, how to recognize a bad battery, and other reasons your Prius might not start.

What You Need to Start a Prius With a Dead Battery

To jumpstart a Prius with a dead battery you need:

Some things to consider when jump starting any vehicle:

Pay attention to the order explained in this article. Connect your positive cable first to the dead battery first and then connect the positive cable to the assisting battery. This reduces your chances of a short when expanding the circuit.

The Steps to Jump Start a Dead Toyota Prius Battery 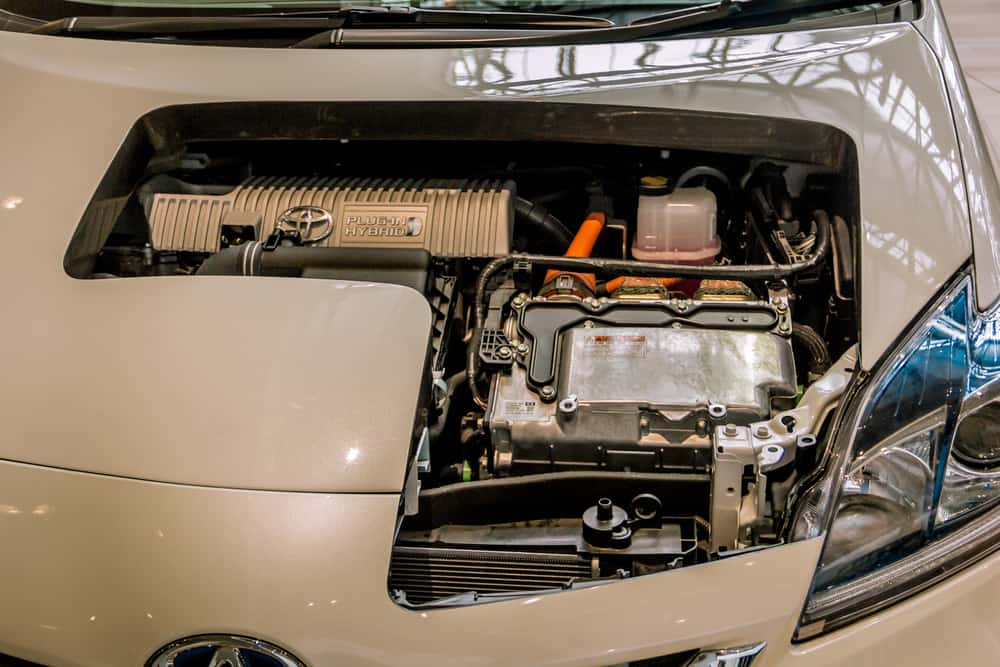 It’s important to follow up on the issue. This involves troubleshooting and further monitoring to make sure your battery does not die again.

Unlike most vehicles, a Prius uses a jump start terminal instead of a direct connection to the battery terminal for this process.

your manual can show you the exact location for your model year, finding it is easy enough. Pop your hood using the hood release at the bottom of the dash. (If you’re unfamiliar with this area, there is a lever to pull in the middle of the hood to unlock it.)

On the driver’s side of your engine bay, locate your fuse box and remove the fuse box cover. The positive battery terminal should be marked on the diagram and covered with a red terminal cover.

The Prius does not have a negative battery terminal. Because your black cable works to ground your connection, you simply need to find an unpainted and unmoving point to clip it. Toyota recommends the left side of the engine block.

Starting with your vehicles turned off, your connections should follow these steps exactly:

While a Prius doesn’t have a negative terminal to connect to, it’s worth noting that this is safer than connecting to the battery terminal. Even if it were available, doing so increases the risk of fire or explosion from a faulty jump start.

Start the engine on your assisting vehicle, then allow it to charge your Prius for a minimum of 5 minutes. This should be long enough that you can start your Prius.

If that works out, leave the cars on and then remove your jumper cables in reverse order.

To prevent further issues, it’s important to allow your car to run for at least 30 minutes after this point. While a gas powered vehicle may be fine, the unique power setup of a Prius requires a longer charging time.

If you have the chance, it’s better to connect your battery to a 12-volt battery charger and let it finish a complete 8 hour charge cycle. Your local mechanic or dealership may be willing to do this for you.

Allowing for a full recharge preserves the lifespan of the vehicle and helps it regulate temperature efficiently.

While your Prius charges or soon after, make sure you figure out why your battery died. In most cases this relates back to user error or automatic functions, but there may be an underlying issue.

We’ll explain these problems later on, but you can always stop in at an auto parts store or battery retailer to check the health of your battery and other components. This limits any guesswork on your part.

The Most Common Reason for Dead Prius Batteries

Prius batteries are not immune from human error, and some of the automatic accessory functions do not help. The most common reason for a dead Prius battery relates back to a component left on too long accidentally.

Some examples of this include:

These things don’t happen regularly, but you can prevent the issue by being more mindful in turning things off.

Other Reasons Your Toyota Prius Will Not Start

If your Prius still will not start when you try to jump start it, consider:

These issues have their own symptoms, and you may be able to reflect and diagnose your problem.

It might not be your car battery at all. To check this, check the other functions on your smart key.

If it’s not locking or unlocking the car, the battery is probably dead.

If the other functions are working, it may not have enough charge to start your vehicle (power functions won’t work with a dead car battery). Try using another key FOB, change your battery, or use a manual starting option for further diagnosis.

Check fuses related to starting your vehicle to make sure they aren’t blown (the wire inside the fuse is not broken or disconnected).

This usually comes after other issues, but the most common issues are with your ignition fuses or starter relay fuse.

You can also use a voltmeter to verify whether a fuse is intact or not.

A vehicle’s starter wears out over time. The metal arms on the solenoid physically diminish with use, and you’ll need to replace the starter regularly.

A car with a failed starter usually hints at the issue before giving up completely. You may notice it struggling to start, or your car may try to start and fail.

Similarly, a faulty alternator will cause the battery to die. While the alternator itself doesn’t produce power, it generates electricity to charge your battery.

Other parts that influence charging to consider include:

If this is the issue, your car may jump start fine but die as soon as you disconnect it from the assisting vehicle.

Any obstructions or leaks in your fuel system hinder your vehicle’s ability to get what it needs to run properly (even in a hybrid vehicle). Parts to consider include:

Inspect all these parts individually and replace any suspect parts. 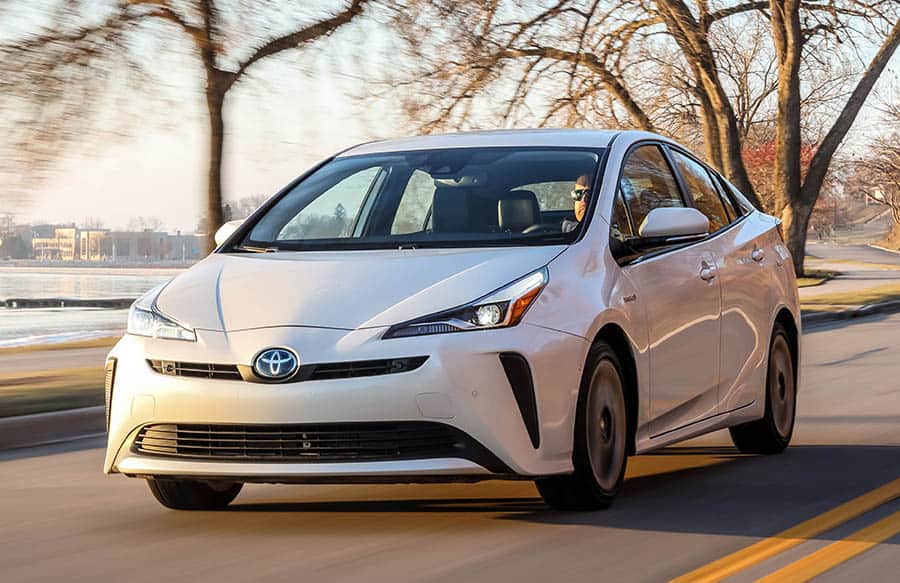 Any electrical short, particularly in your electrical system, may tell your vehicle not to start until the problem is resolved. This relates back to security measures as well as the safety feature of the vehicle.

This is more difficult to diagnose and deal with. We suggest reaching out to a professional for proper repairs.

Understand that your Prius hybrid battery doesn’t control the same components as your traditional 12-volt, and it’s not likely the cause of your car not starting.

Instead of a dead car, a failing hybrid battery leads to:

These batteries last longer than the traditional starter battery, but you should still replace them about every ten years. If you notice these issues or your battery is that old, it’s better to deal with it now.

If your Prius battery dies, it’s usually an easy fix. Find a friend and your jumper cables, and remember to:

This should fix the problem, but follow up diagnostics is important in confirming battery health and preventing future issues.

Comment with any questions you have about Prius battery health or jump starting your car.