Skip to content
UniEnergy Technologies » How To Test A Battery Charger? (2 Effective Methods) 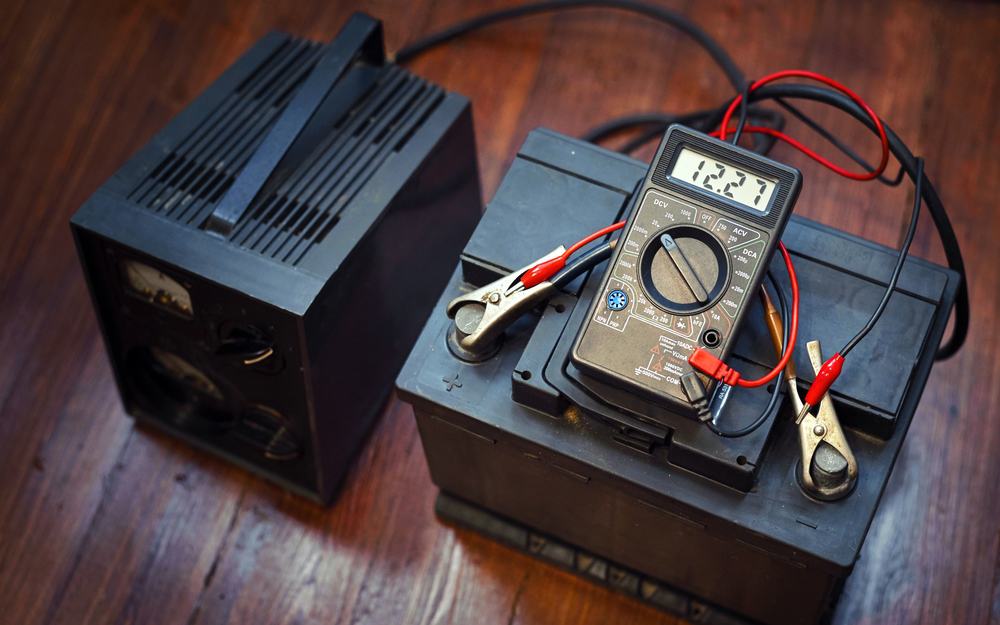 A battery charger restores energy to batteries by running current through them. So, once your rechargeable batteries die, there’s no need to dispose of them. Just put them on the battery charger and charge them!

But, sometimes, even this device fails you. It would charge the batteries partially or not at all. This is especially true when you haven’t picked a good brand like Dewalt.

So, should you throw away a bad battery charger and buy a new one? Certainly not!

Although a good battery charger doesn’t cost much, it’s always a better idea to test and confirm whether it’s defective. There can be some other underlying reason too.

Well, in today’s post, we will explain how to test a battery charger using 2 different methods. We’ll also talk about the causes and solutions. Let’s dive in!

Why Do Battery Chargers Go Bad?

Battery chargers going bad means they no longer function efficiently. You’ll find it difficult to charge the batteries fully, and sometimes, they won’t charge at all. This can occur for numerous reasons, including:

A problem within the sensors or timers can cause premature disruption in the energy supply. Hence, resulting in poor charge performance.

How Can You Tell If a Battery Charger is Good? 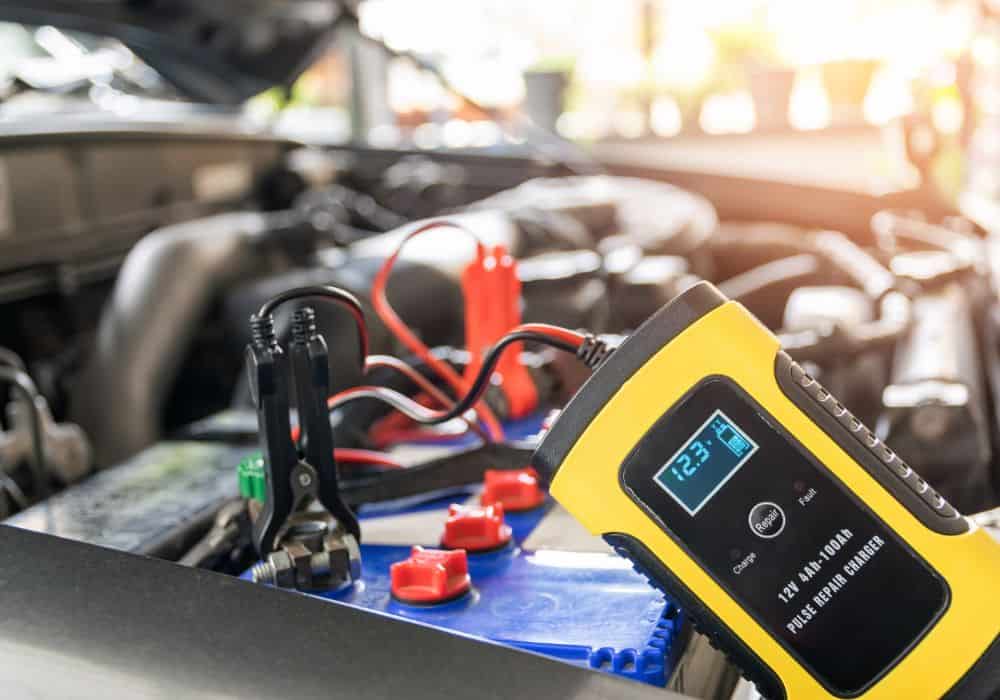 The simplest way to tell if a battery charger is good is to plug the device into an electric outlet. Insert some batteries and turn on the battery charger. If it starts to charge, then you’re good to go!

However, you still won’t know whether the batteries are receiving the required charge or not. To find this, you must test the battery charger and check its output.

Typically, a good battery charger should generate an output between 12 volts and to 14-volts. This range allows you to charge both small and large device batteries. That said, it’s best to consult the battery charger manual and ensure it’s providing the recommended supply.

How to Test Battery Charger? 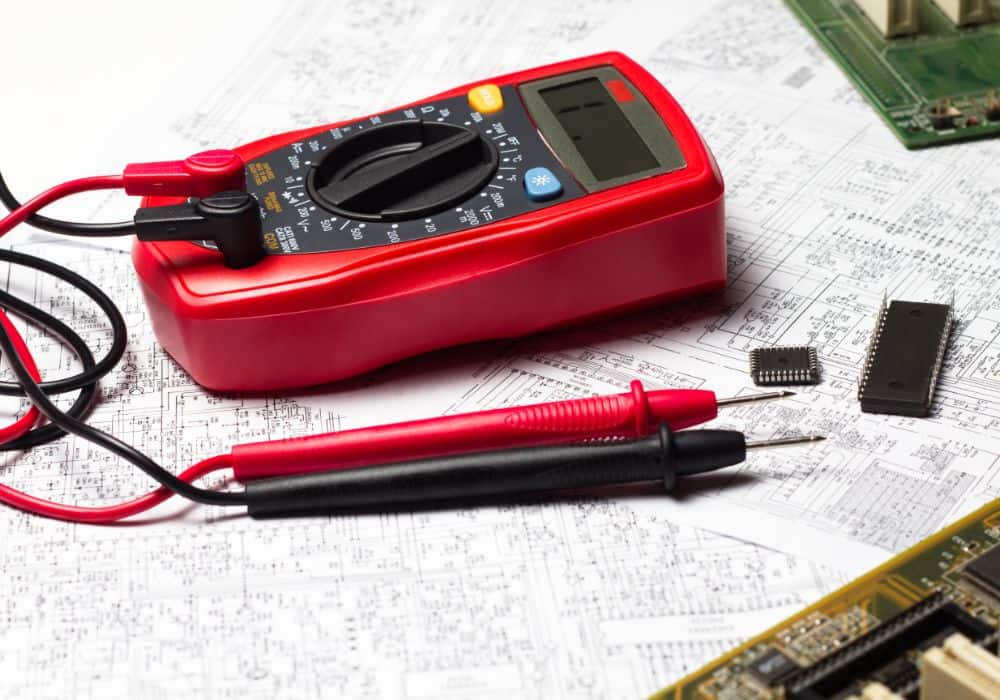 Below, we have discussed how to test a battery charger using 2-different devices; a multimeter and a load tester. It’s great if you have both to test the charger, but even one would be sufficient. Let’s see how!

A multimeter (also called a voltmeter) is a measuring device that is easily available in all hardware and electrical shops. As the name suggests, it is capable of measuring several electrical components. These include current, voltage, and resistance.

Here’s how you can use it to check your battery charger:

A load tester is a hand-held device that applies a calibrated load to the battery charger and checks whether it can hold the specific charge. The more current output, the better your battery charger is. Follow these steps for the test procedure:

How to Troubleshoot a Battery Charger? 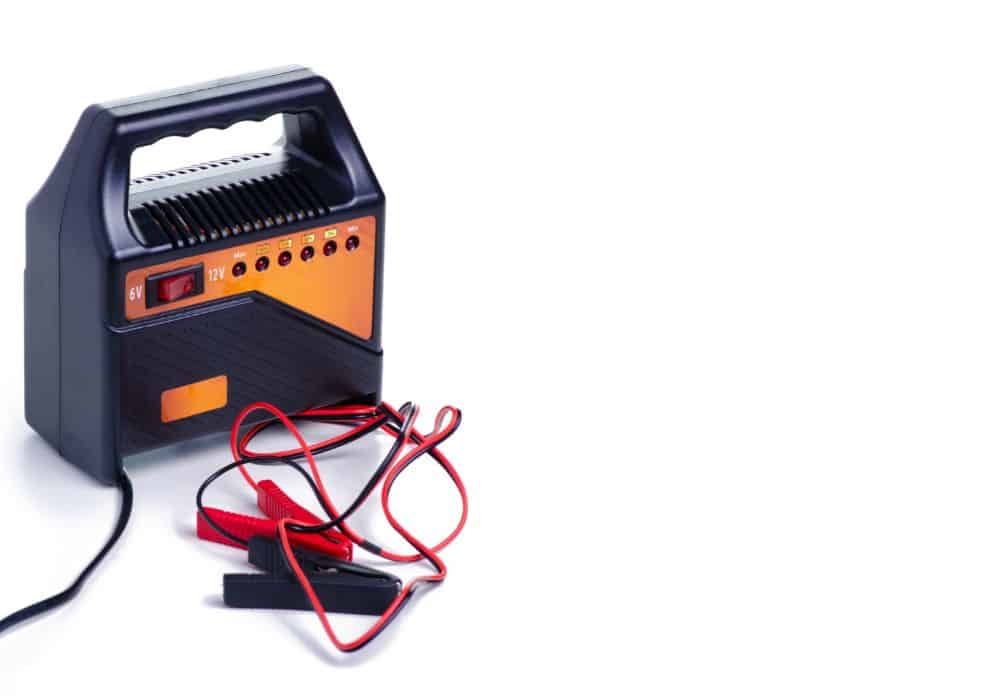 It’s unwise to consider that the problem is with the battery charger when it stops working. The problem can be something else too. And so, you should follow the proper troubleshooting method.

First, check out the power cord and supply since that’s where the electricity is coming from. It’s possible for the supply to fluctuate or be insufficient. So, plug another device into the same outlet.

If it turns on, the problem is not in the electric supply. You can further verify this by plugging the battery charger into another outlet.

Typically, rechargeable batteries have a lifespan of 2 to 7 years. But they can easily become defective when not used over an extended period. So, the next step is to test the batteries.

If the problem is not in the circuitry or batteries, it’s obvious the battery charger is faulty. This doesn’t mean you should just replace it.

A battery charger can be repaired if there’s a disconnected wire or blown fuse. In some cases, an expert can also help replace the rusted metallic parts to make the charger functional again.

However, if nothing works, the solution is a replacement. Our suggestion would be to choose a good battery charger that:

1. What is the Lifespan of a Battery Charger?

The average lifespan of a battery charger is 1.5 to 3.5-years. This is about 300 to 1000 charge cycles. However, it really depends on the product quality, usage, and care.

2. How to Test a Battery Charger without Battery?

Usually, a battery charger is tested without batteries. You can use a multimeter or load tester to perform the tests.

3. How to Test a Car Battery Charger?

4. How to Test DEWALT Battery Charger?

5. What voltage should a battery charger put out?

Functional battery chargers should put out at least 12 volts to restore decent amounts of energy in batteries. But, if you wish to charge batteries for large devices, the voltage output should be up to 14 volts.

All in all, you can test a battery charger by using a multimeter and load tester. For both devices, the basic test methods are the same:

We usually recommend people with zero experience in electrical processes seek professional technician help. But testing a battery charger is so easy and simple that anyone can do it!

If you try out any of these methods, do let us know about your experience in the comments below!