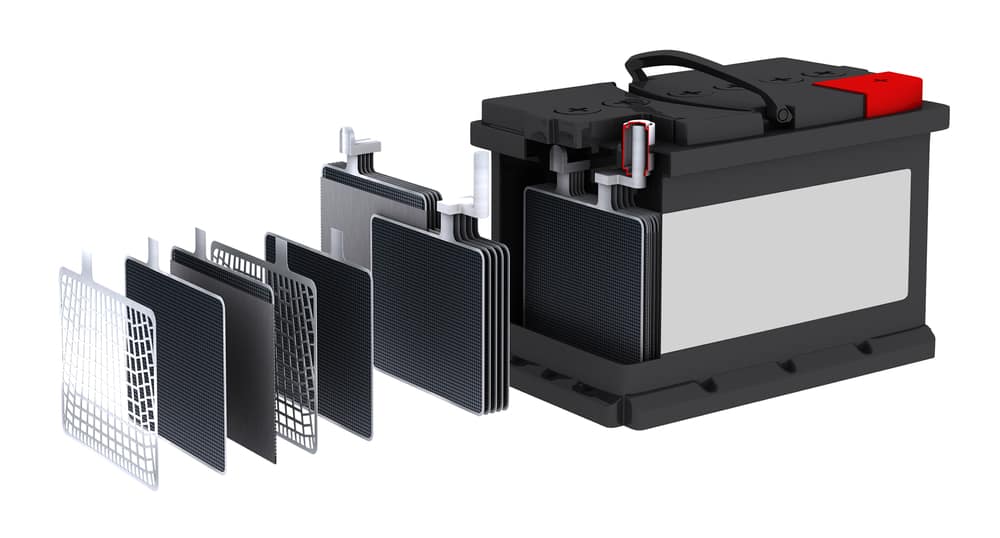 Installing a battery isolator is a great way to protect your main battery and auxiliary batteries from draining each other.  Plus, it can also help protect your car in many other ways too.

What is a Battery Isolator?

Said in another way, it is a device that lets you charge multiple batteries from one alternator. It does this by using a series of diodes that only allow current to flow in one direction.

Not only does a single direction of current prevent the batteries from draining each other, it also protects the batteries from being damaged by voltage spikes, which we will discuss in more detail later. You can even get smart isolators that are microprocessor-controlled.

The diode battery isolator is the most commonly used, so that is the one we will discuss in this article.

Why Use a Battery Isolator? 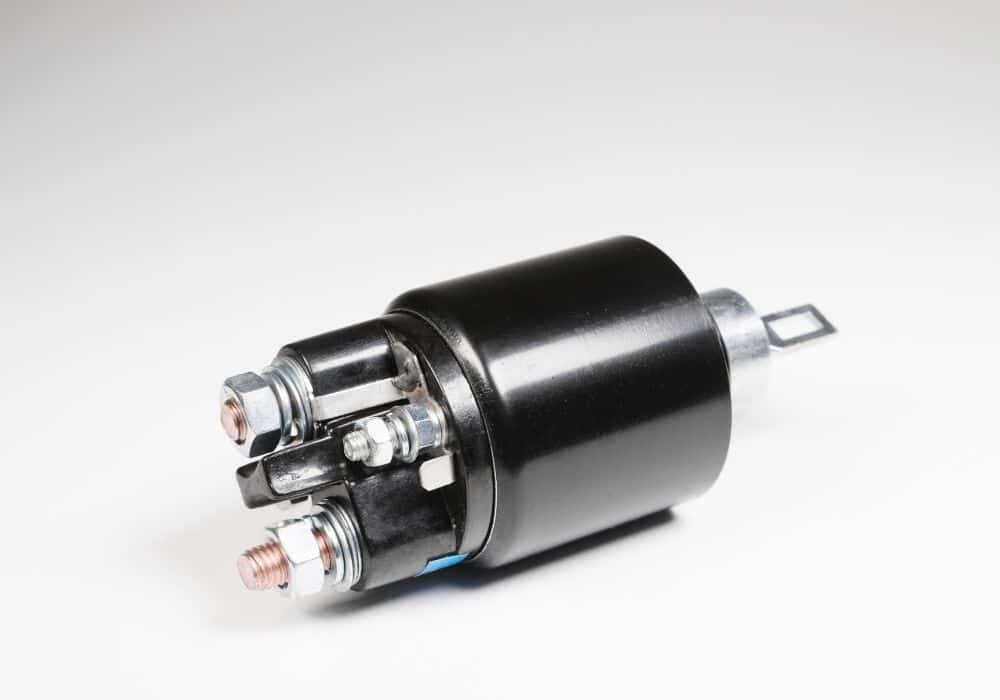 There are several reasons why you might want to install a battery isolator in your vehicle. We alluded to some of these reasons already, but let’s look at them in more detail here.

The most common reason to install a battery isolator is to prevent the secondary batteries from draining the starter battery. An isolator will allow the alternator to charge the starter battery while also protecting that battery’s current so that it doesn’t unnecessarily travel to any auxiliary loads that aren’t fully charged. The reason for this is that, if you allow both batteries to equal out their electrical current (giving you low power on each), you might not be able to start your vehicle’s engine.

It also allows you to have an auxiliary battery powering other moving parts in the vehicle, such as the stereo or the power inverters that charge your portable devices that you plug into your car.

Having an isolator can be useful, for example, in your vehicle if you have to stop and start it multiple times a day, so you don’t drain your starter battery. Another example would be if you have a deep cycle battery that you use for camping or running appliances, and you don’t want it to drain your main battery.

A really good reason to use an isolator in your alternator systems is when you are using two different types of batteries. For example, you might be using a starting battery that is lead-acid, while your secondary battery might be a lithium-ion battery. These batteries have very different chemistries and should never be linked together directly in a circuit.

Even though both of these types of batteries are 12V batteries, the lithium-ion battery actually has a nominal voltage of 12.8V or in some cases over 13V, while the lead-acid battery’s nominal voltage is 12.6V or 12.7V.

If you were to try to connect these two batteries directly, they would cause a surge in power and create too much heat. You’ll end up with more problems if you do this. This is why it’s always smart to add an isolator between the two batteries and the alternator so that varying battery voltage does not conflict.

How to Choose a Battery Isolator

When choosing a battery isolator, the answer is actually quite simple: choose one that can keep up with your alternator.

Alternators have a maximum amperage. And while this maximum amperage won’t likely be reached, it’s safest to choose an isolator that is equal to or greater than this measurement. You don’t want to overload your alternator because you chose the incorrect isolator.

How to Wire a Battery Isolator

Now that you’ve chosen the correct isolator, it’s time to wire it into your vehicle!

Installing a battery isolator can seem like a daunting task, but with the right instructions it can be a breeze.

But before we begin – a word of caution to keep you safe. First, always disconnect the negative terminal of the battery first (the black wire), and then the positive terminal (the red wire), before starting any work on the electrical system. Second, make sure all connections are clean and tight before starting things up again to avoid voltage drop, voltage spikes, electrocution, and so on. And third, use heat shrink tubing or electrical tape to cover all exposed wires and terminals.

To install an isolator, you will need:

Next, determine where you want to mount the battery isolator. It’s best to mount it near the starting battery and away from any heat sources.

Once you have found a spot for the battery isolator, screw down the isolator’s mounting plate to the metal chassis.

Step 2: Attach the Wires to the Isolator

Step 3: Connect the Isolator to the System

Lastly, you’ll connect a short black cable from the negative terminal of the auxiliary battery to your vehicle’s negative ground (also black). You will then attach both of those to the start battery’s negative terminal. Make sure each connection is tight and secure. 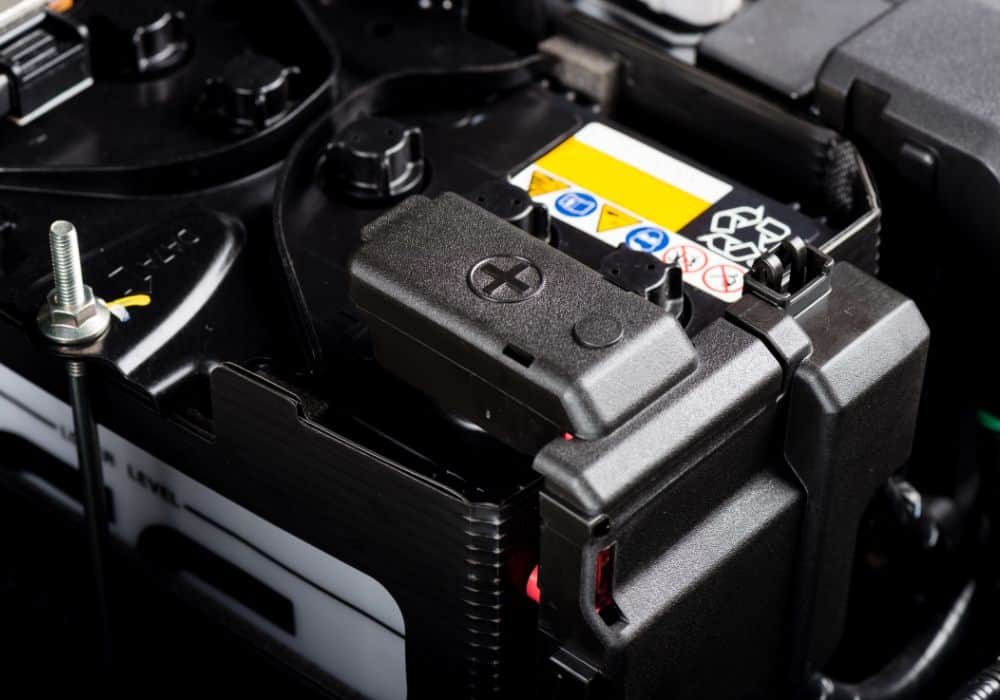 Once all of this is done, you will want to test that your completed circuit allows for proper charging of both batteries. Use a voltmeter to test that all of voltages match up.

Now, you may be asking if the isolator will forever keep your system working in this particular circuit. Actually, some isolators, such as the smart ones, come with an override switch.

There is an additional wire attached to it, a yellow wire with a slip-in terminal. When the end of the yellow wire is attached to the positive terminal of the starter battery, and the override switch is on, then voltage sense wire will be overridden. Doing so will allow both batteries to connect as they did before you added the isolator.

When would you need to do this? Only if your starting battery is low and you need to pull power from your secondary battery.

Conclusion to How to Wire a Battery Isolator

There you go! Now you should have a good understanding of how to wire a battery isolator in your motorized vehicle. Doing an install like this will ensure that your starting battery is always charged and ready to go, while also allowing you to use your auxiliary devices without any issues.

And as always, if you are unsure about anything in the process, you can always locate an illustration or diagrams online or contact a professional mechanic to do the modifications for you.

What battery problems are you facing under the hood of your vehicle right now? Let us know in the comments below!