Skip to content
UniEnergy Technologies » LFP Vs NMC Battery: Which Is Better? 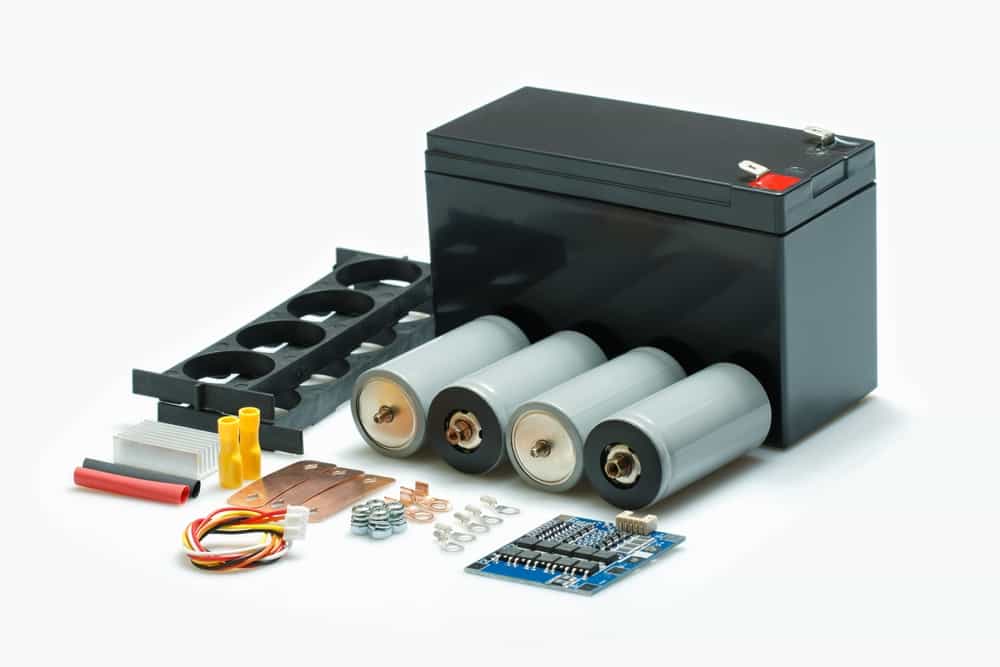 Choosing between lead-acid batteries and Lithium-ion seems simple, but what to do when you have to choose between two lithium batteries?

Lithium-ion technology, patented in 1976, changed how we perceive, understand, and use energy and brought incredible changes regarding the application of batteries.

Although they are a bit expensive, they offer numerous benefits, especially compared to conventional lead-acid batteries.

LFP and NMC are both lithium-ion batteries, meaning they have similar characteristics and chemistry, but also their differences. So let’s see what these batteries offer and which one is better!

If you share an interest in batteries, you might know that the main difference between batteries generally lies in the type of material used to make the negative electrode or positive electrode, also known as anode and cathode, respectively.

LFP battery or Lithium Iron Phosphate uses phosphate as material for the positive electrode, as the title implies. In contrast, NMC Batteries’ cathode is made of a combination of nickel, manganese, and cobalt.

1. Which One Has Better Energy Density?

Energy density in batteries refers to the amount or measure of how much energy a battery contains compared to its size.

It is very important because specific energy density dictates how long the battery will emit charge, meaning how long you will be to use it.

The battery’s energy is measured in watt-hours, and then we can divide the battery’s watt hours (wh) by its weight or volume (liters). So, energy density is the length of time a battery can power a device in proportion to its size or weight.

2. What is Their Cycle of Life?

What is the cycle of life? This term refers to the number of charge-discharge cycles a battery can sustain before losing performance. Simply put, it is the number of times you can charge and discharge your battery without degrading.

The battery’s cycle life or lifespan depends on numerous factors, such as temperature and environment, but it also depends on its structure and quality.

As one of the most durable batteries of high quality, lithium cells generally have a longer lifespan than conventional batteries. LFP batteries have an excellent cycle life, which is around 5000 cycles.

They can last a long time, optimally from seven to ten years, sometimes even more. However, prolonged use will initiate the process of slow degradation, but that happens with most batteries that are in use for a more extended period.

In fact, when you purchase LFP batteries, they usually come with a six-year warranty, which tells you enough about their quality and durability. In addition, compared to NMC batteries, LFP cells have a longer cycle life than NMC batteries, meaning they can last almost twice as long.

The normal cycle life of NMC batteries is around 2000-2500 cycles, and these batteries will provide full power for about three years before they start to degrade.

3. What About the Depth of Discharge?

So, the higher rate of discharge of the battery implies that it has a better operational range. LFP batteries have a great depth of discharge that is 100%, meaning these batteries can use all stored power without potential damage, which is not the case with other batteries.

On the other hand, NMC batteries have a slightly lower rate of discharge which is 80% to 90%. Although their depth of discharge is lower than compared to that of LFP, it is still much better than the discharge of lead-acid batteries, which is 50%.

Self-discharge rate refers to the self-running electrochemical process that causes the battery to lose charge, even when it does not supply power to a load. All batteries have a self-discharge rate, with some being higher, and with others, like lithium-ion, it is very low.

A low self-discharge rate is a good thing because it means that your battery will preserve its capacity for longer.

LFP batteries’ self-discharge rate is only 3% per month, while a fully charged LFP battery if adequately stored and maintained, can keep 97% of its charge after a month.

The discharge rate of the NMC batteries is slightly higher, 4% per month, while they can retain 96% of their charge after a month if kept in optimal conditions.

Thermal runaway is a process during which the temperature rises within the battery, exceeding the amount of heat dissipated to its surrounding. The heat increases quickly in milliseconds and can cause your battery to explode in extreme cases.

Ultimately, if the heat generated within the battery is not decreased, it will worsen the battery’s condition. Although most lithium batteries have primary risks connected to thermal runaway, that is not the case with LFP batteries.

These batteries do not overheat, so there is no chance of thermal runaway. Why? The compound of Lithium Iron Phosphate is highly stable and can withstand high voltage for prolonged periods, meaning they have high thermal stability.

On the other hand, NMC batteries have thermal runaway, which results from overheating within the cells. This can happen due to high temperatures, overcharging, short circuits, damage, and many other factors.

If you live in an area with high temperatures and humidity, the better option for you is an LFP battery.

LFP batteries have a pretty stable power delivery. However, this is a battle that has only one winner, and those are NMC batteries. With LFP batteries, their voltage output often drops rapidly during the discharging process.

On the other hand, compared to other lithium batteries, this rapid decrease in voltage that happens with LFP batteries is not that pronounced, meaning they will deliver stable power.

One of the rare advantages of NMC batteries over LFP is their stable power delivery, which rarely varies in voltage output. That is why these batteries are great to use in appliances or devices that need constant power delivery,

Regarding the voltage delivery, NMC performs better than LFF because they have a higher voltage of 3.7V compared to 3.2 V for LFP batteries.

7. Which one is more environmentally friendly?

Luckily, today many battery manufacturers are geared toward more friendly variants of batteries and the usage of material that will not have a detrimental effect on the eco-system.

Therefore, consumers are also motivated to take a similar approach and use environmentally-safe options. So which one of these is better in terms of environmental safety?

That would be LFP batteries because they do not contain cobalt, unlike NMC batteries. Cobalt used to create the cathode in NMC batteries is an environmental threat due to its toxic fumes, which it emits during use and even after its disposal.

8. Which One is More Expensive?

As mentioned, Lithium-ion cells are one of the most expensive batteries compared to lead-acid batteries, which is one of the reasons why people lean toward conventional cells, despite their advantages.

Between the NMC and LFP batteries, NMC cells are more expensive because of the material used; NMC batteries need more significant quantities of Nickel, Manganese, and Cobalt to create the cathode.

On the other hand, iron and phosphate, used for the cathode in LFP batteries, are much cheaper and abundant, which explains the battery’s lower cost compared to NMC.

Talking about the safety and stability of these batteries, LFPs are a better choice because of their highly stable chemical properties and framework. In addition, given that these batteries have almost zero chance of thermal runaway, it is unlikely that they could pose a safety threat to you.

Even if you squeeze, throw, or penetrate these batteries, they will not explode; the worst that can happen is that they will emit smoke. On the contrary, that is not the case with NMC batteries.

They do not perform well in abnormally high temperatures, so a fire or explosion is possible. Therefore, LFPs are much safer, and their energy storage is superior to that of NMC batteries.

10. What are these batteries used for?

Both batteries are used to power tools such as laptops, smartphones, and electric vehicles.

Generally speaking, LFP batteries are superior to NMC batteries for several reasons, including their high energy density, no thermal runaway, low self-discharge rate, high depth of discharge, longer cycle of life, and many others.

Without a doubt, if properly maintained, these batteries, especially LFP, can last you a lifetime, proving an excellent investment. However, before choosing the battery, consider your needs, the type of tool you plan to use them for, and your budget.

Which one do you think is better? Have you used these batteries before? Please, share your experience with us! Do not be shy, and ask away if you have any questions!