Skip to content
UniEnergy Technologies » LiPo Vs NiMH Battery: Which Is Better? 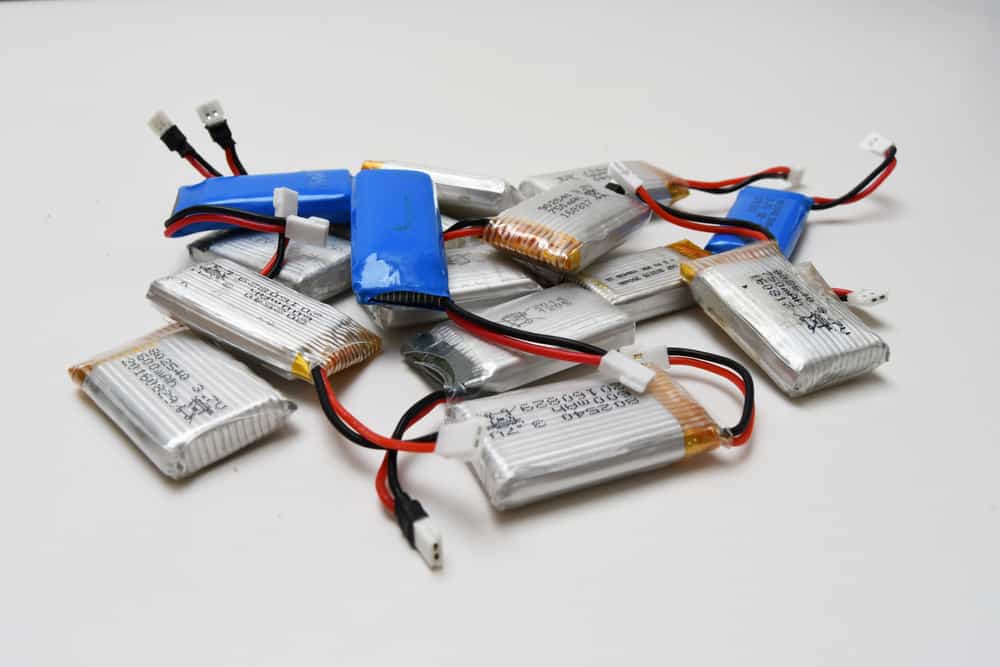 LiPo and NiMH batteries are some of the most popular types of batteries that are used in similar areas. But despite that, there are a lot of differences between them, which a lot of times sparks the Lipo vs NiMH battery debate.

This debate is precisely the topic of our article, so if you want to learn everything about it, keep reading. Expect to find out things such as the technology these batteries use, differences in weight, cost, and lots of other things。

The lithium-polymer battery (Li-Poly, LiPo, LIP) belongs to the group of lithium-based rechargeable batteries. It is the second generation of this type of battery, which succeeded the batteries that were made using lithium-ion technology.

These batteries work on the principle of intercalation and de-intercalation of lithium ions. Ions are separated from the positive and negative electrodes thanks to the polymer electrolyte that serves as a conductor。

It is the use of polymer electrolytes instead of liquid electrolytes that makes the difference compared to lithium-ion batteries.

The transition to this technology brought many advantages to batteries based on lithium, such as flexibility, processability, robustness, and safety.

Nevertheless, their weight, or lack thereof, is one of their biggest pluses and the reason why these batteries are used in electronic devices, RC cars, drones, electric vehicles, and uninterruptible power systems. 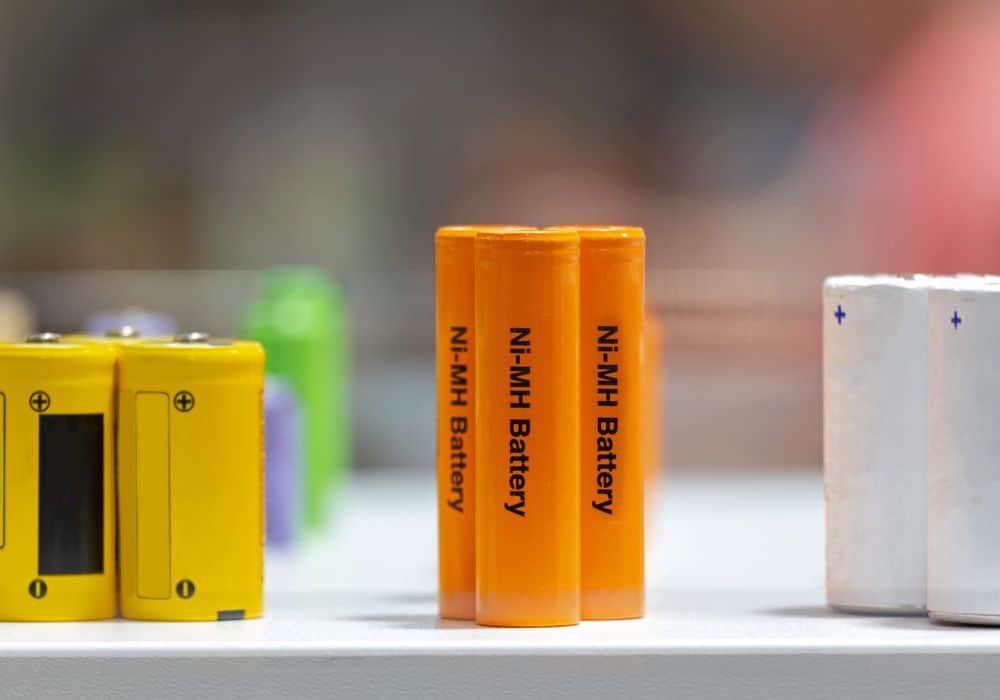 Nickel-metal hydride battery (NiMH, Ni-MH) is a part of the nickel-based rechargeable batteries group. It belongs to secondary electrochemical batteries and represents the second generation of its battery type since it inherited the nickel-cadmium (NiCD) one.

NiMH batteries work thanks to electrochemical charge and discharge reactions. This reaction occurs between the cathode, i.e., the positive electrode, and the anode, the negative electrode. The cathode contains nickel oxide-hydroxide, while the anode has a hydrogen-absorbing alloy (hydride).

Between the electrodes, there is a membrane that allows electrons and ions to pass from one electrode to another and a separator that prevents a short circuit in the battery and the mixing of the materials from which the cathode and anode are made.

One of the big drawbacks, toxicity, was solved in this generation of nickel batteries because the previous one contained toxic cadmium. In addition to being environmentally safer, the new element in the battery (hydride) contributed to improvement in the amount of energy stored.

NiMH batteries are used in consumer electronic and electric cars.

What Are The Differences?

LiPo and NiMH batteries differ in many ways, but the most important is the technology since most of their differences stem from this one. When we say technology, we actually mean the chemical properties used to make the battery. So, that is Lithium-polymer for LiPo batteries and nickel-metal-hydride for NiMH batteries.

From this, we can conclude that in the case when the resistance is constant, one LiPo battery will provide more power which translates to greater capacity for work. This difference is essential for RC car hobbyists, for whom speed and power are of great importance, especially in competitions and races.

But this difference in nominal voltage is not only reflected in higher power and speed.

Thanks to this advantage, LiPo cells can also provide an RC car or some other device with a steady amount of high power over a longer period of time.

Energy density is the ratio of energy stored in some part of space and the volume of that part of space. A lot of times, it is measured per mass instead of volume.

NiMH batteries have an energy density ranging from 170-420 Wh/L, while the range for the same physical measurement of a LiPo battery is between 250 and 670 Wh/L.

The next thing you need to look at if you are considering between these two types of batteries is the weight. Like the previous point, this difference is of great importance for people who are into drones or RC cars hobby because a heavier battery translates to a heavier vehicle, and that means a slower vehicle.

The NiMH batteries themselves are cylindrical and always packed in a metal casing, which adds to their weight.

On the other hand, LiPo batteries are mostly composed of flat cells wrapped in plastic film. However, they do not have to be flat, i.e., they can be shaped and designed in numerous ways, thanks to which they can be used in lots of different places and spaces.

The difference in packing weight means that LiPo batteries are lighter than NiMH batteries.

This advantage comes to the fore when you want to obtain the same nominal voltage or energy density with NiMH cells that a LiPo battery possesses. NiMH batteries being inferior in the weight/power ratio and weight/energy density areas means you would have to use more of them, adding to an already heavy battery pack.

Self-discharging means loss of charge when no consumers are connected to the battery.

NiMH batteries have a somewhat high self-discharge rate, which on the first day of not using the battery can be from 5% to 20%, after which it decreases and stabilizes in the range of 0.5% to 4%.

LiPo batteries have a lower self-discharge rate, which is around 4% during the first month when the battery is stored with 40% to 60% of charge.

These figures refer to batteries stored at room temperature. With the increase in temperature, the discharge rate also rises.

NiMH batteries do not have many advantages over LiPo ones, but one area where they are definitely better is life span. i.e., the number of charge cycles.

LiPO battery charge cycle is in the range of 150 to 300. However, LiPo batteries that can go through 300 charges and discharges are rare, and they are primarily high-quality batteries.

On the other hand, the worst NiMH batteries have a lifespan of 300 cycles, with the higher quality ones being able to be recharged up to 500 times.

The next advantage of NiMH batteries is their price. Although nickel and lithium are expensive metals, batteries that use LiPo technology are produced more complexly, which leads to the fact that they are much more costly than batteries made with nickel-metal-hydride.

The cost of producing a pack of LiPo batteries can be up to 70% higher than that of a NiMH one.

However, what should please supporters of LiPo batteries is that thanks to the commercialization of electric cars, batteries that use lithium (lithium-ion, lithium polymer) are becoming more widespread, which is reducing their price.

The last two features which we’ll lump here together are storage and safety – another area where NiMH batteries have the advantage.

You only have to worry about fully discharging the battery before charging it. If you don’t do this, you will reduce its lifespan. As for the place where you should store the battery, that isn’t that important since NiMH batteries do not represent a fire hazard.

If you have read the text carefully, you noticed that we stated the discharge rate of a LiPo battery at a charge between 40% and 60%.

It is because these batteries must be stored with a certain amount of charge. The charge range is between 50% and 70%, which corresponds to the battery’s nominal voltage (3.7 V).

So, checking the battery’s condition and charging or discharging it before storing is definitely an additional hassle with Lipo cells.

When it comes to safety, you also have to worry more about LiPo batteries. You will have to store them in a place where they will not cause (significant) damage if they catch fire or explode. These situations can occur if, for example, the battery comes into contact with air or is regularly overcharged.

We have come to the end of the battle between lithium-based LiPo and nickel-based NiMH batteries. LiPo batteries won not only in more categories but also in categories that are more important for the performance of the battery. Those categories are nominal voltage, energy density, weight, and self-discharge rate.

However, NiMH batteries shouldn’t be disregarded so quickly since they have an advantage in the number of charge cycles, price, easiness of storage, and safety. Maybe for some people, these features are more important.

Do you have a horse in this race? Or just a favorite? Let us know about it! Also, if there is anything else related to this topic that interests you, contact us in the comments, and we’ll gladly respond.