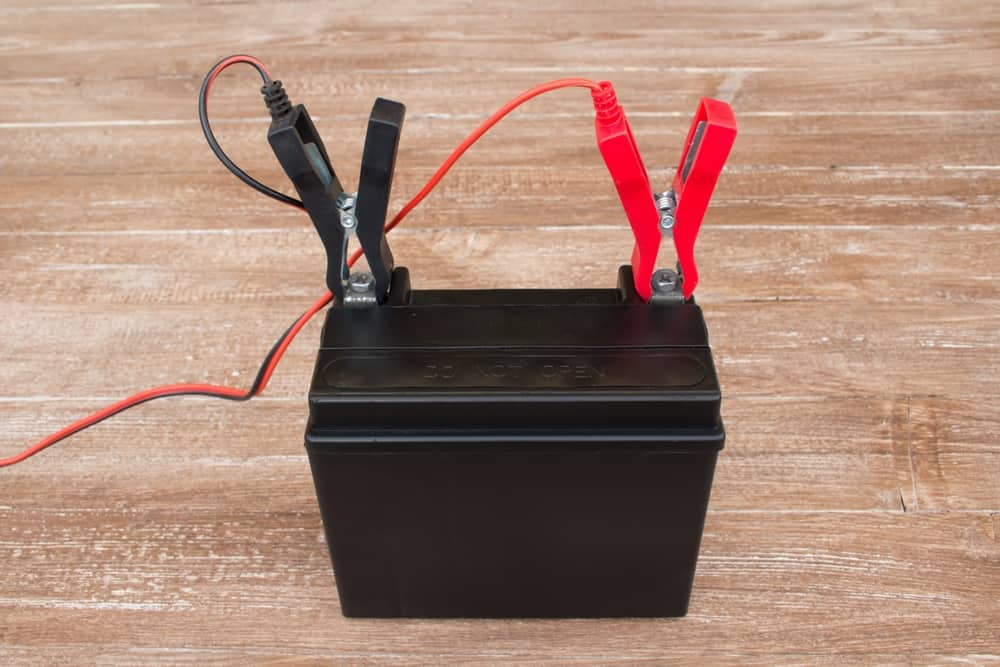 Are you planning to get your hands on some batteries for your motorcycle, but you are still determining which ones are the best? If that is a yes, you have come to the right place.

Doing your research before buying something is always a good idea because it will allow you to identify potential issues and avoid costly and unnecessary mistakes.

If you use your bike very often, you should invest in good batteries that will last a long time.

Furthermore, bikes now mostly have an electric starter, an elaborate lighting system, fuel ignition, and many other electronic and electric accessories.

So your battery must start your engine and support all those accessories in case your engine’s generator cannot keep up. So, let’s check the pros and cons of lithium Ion and lead acid motorcycle batteries! 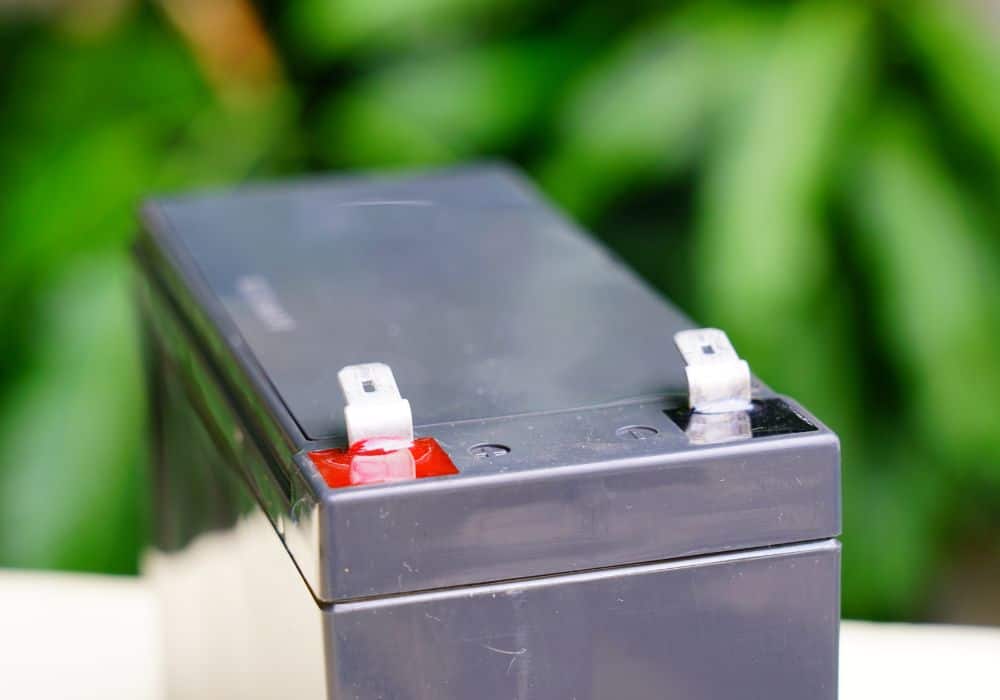 Lead acid batteries are the traditional ones invented in the mid 19the century and have been in use ever since. They are one of the most commonly used batteries for several reasons. However, let’s first see how lead-acid batteries turn chemical energy into electrical energy.

Every battery consists of a number of plates, also known as electrodes, that are submerged in an electrolyte. With lead-acid batteries, these electrodes are made from a lead alloy, while the electrolyte is diluted sulfuric acid, which explains their name.

During the process of discharging, the chemical reaction that happens within the cell causes the acid to turn into water. The charging process is the opposite; water changes back to acid when the battery is charging.

In this process, the water breaks down into oxygen and hydrogen, which must be vented to the atmosphere. One cell will generate around 2 volts of electricity- a 12-volt motorcycle battery has six cells connected in series.

It means that lead-acid batteries have six filler caps through which you add water or acid and a vent hose for oxygen and hydrogen.

These batteries have been upgraded over the years, and today, most lead acid batteries do not require venting (but have a safety vent). They are generally considered low-maintenance or maintenance-free.

Some advantages of lead-acid batteries include reliable storage, very affordable, and recyclability; they come in various sizes and capacities. Also, you can recharge them quickly, and they have high power outlet capacities.

The problems arising with the maintenance of lead-acid batteries (watering) led to the development of different types of batteries, such as AGM and gel. In addition, there are also flooded and sealed acid-lead batteries.

AGM battery, also known as an absorbed glass mat battery, has a fiberglass mat between the electrodes inside the cell. Its purpose is to absorb the acid and prevent potential spoilage. So what happens to the oxygen when the battery is charged?

No, these do not have vents for oxygen because it remains within the cell, and there, the oxygen can combine with hydrogen and form water.

These batteries have several advantages, including a faster-charging rate than the flooded batteries; they are lighter than conventional lead-acid batteries; they have good resistance to low temperatures and vibrations, and ultimately are spill-proof.

In addition, AGM batteries can handle higher discharge rates and high temperatures, and they perform best with a slow discharge.

With these types of batteries, the electrolyte is in the form of a gel, not liquid, as with other lead-acid batteries. These are also considered maintenance-free, easy to install, and lightweight.

Other advantages include high rate performance, and minimal corrosion, meaning you can use them with sensitive electronic equipment, and they are very rugged and vibration resistant.

Similarly to AGM batteries, gel batteries are also spill-proof, so you do not have to worry about electrolyte (gel) spilling within the cell. 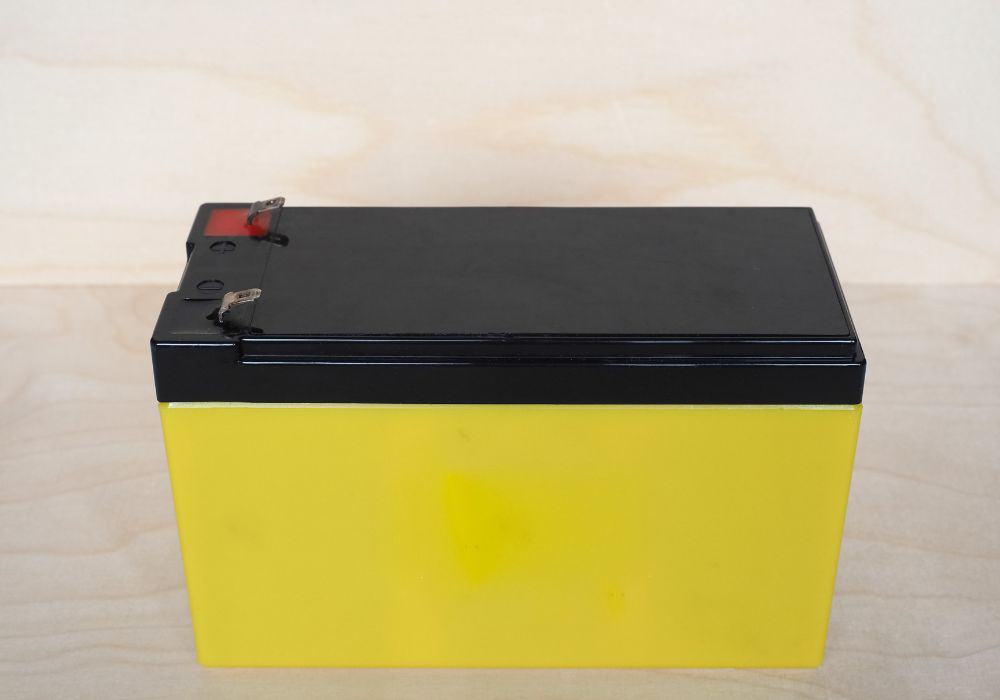 If you use your motorbike often, you need to keep an eye on the battery electrodes to see whether they are clean and able to provide good contact. Not using your bike and the battery is detrimental to the battery’s overall health.

Why? Well, if your bike is collecting dust in the garage and the bike’s ignition is turned off, there is still a draw from the electrical system that powers accessories such as the clock.

This leads to the discharge of the battery over time. Furthermore, lead-acid batteries self-discharge if they are not in use. So, what is the problem with the discharge? During the discharging process, lead sulfate forms on the battery terminals-also known as sulfation.

It not only reduces their effective surface area but also decreases the battery life span. With charging, you can reverse the problem. However, if you forget to charge the battery for a more extended period, there is a good chance it is dead and cannot be charged anymore.

Discharged batteries are susceptible to corrosion, another issue that can arise, rendering your battery useless. In addition, the discharge of the battery causes yet another problem: as mentioned above, the acid turns into water during the discharge state.

The water within the cell can quickly overheat or freeze, destroying the inner components or rupturing the case of the battery. On the other hand, overcharging the battery will also do no good, causing corrosion on its terminals and plates.

Furthermore, a big con for these batteries is that they are heavy and bulky and have a limited lifespan (environments such as heat and temperature can affect them). 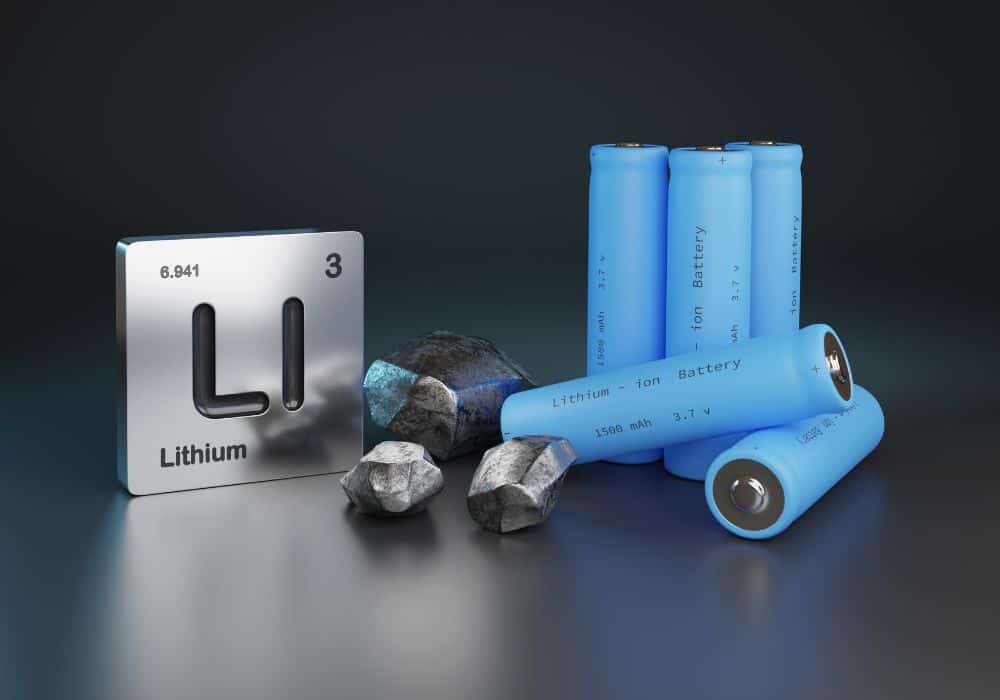 The lithium-ion battery is considered to be a significant advancement when it comes to battery use. They have a new battery technology that is growing in popularity among passionate bike riders, and there are several reasons for that.

These batteries got their name from the process involved-basically lithium ions moving to and fro from electrodes during the discharging or charging state.

There are different types of lithium batteries; some include other materials such as nickel, cobalt, and manganese that are combined with lithium to make the positive electrode.

Lithium-ion batteries are named after the type of material used for the positive electrode, such as lithium iron phosphate. Some of these have a high energy density but can also pose a safety threat.

For example, the iron-based lithium battery has less energy density but is very chemically stable, and there is a low chance it will cause a fire.

Lithium motorcycle batteries are very lightweight, compact, low-maintenance, and high-quality compared to lead-acid batteries, and they have a longer lifespan. They also have a higher power density and efficiency rate, lower self-discharge rate, and offer more cold cranking amps.

Interestingly they can hold a charge for extended periods, even months.

Another advantage over lead-acid batteries is that they can deliver more charging cycles and generally have a better depth of discharge, referring to the percentage of the battery’s capacity that you can drain without damaging it.

Lithium-ion batteries will let you use over 85% of the capacity during one cycle. On the other hand, lead-acid batteries should never be discharged past 50% because it will damage them.

As you probably know, lithium is an expensive metal which explains why lithium batteries are so expensive. This is one of the main reasons buyers shy away from purchasing them despite their numerous advantages.

There are also a number of other issues, such as needing protection from being overcharged or discharged too far. Basically, they should be protected by some protection circuitry in current surges and extremely low and high temperatures.

They have numerous advantages and only a few disadvantages, which explains why more and more people use them.

On the other hand, conventional lead-acid batteries are very cheap and easy to install, and if it dies, you will not have a headache over them, unlike lithium batteries.

Ultimately, the decision is yours, and it depends on your financial possibilities and other factors, such as how often you use your bike and travel long-distance. Which ones do you think are better? Please, share your experience with us!

If you have any questions, feel free to ask or share your opinion!