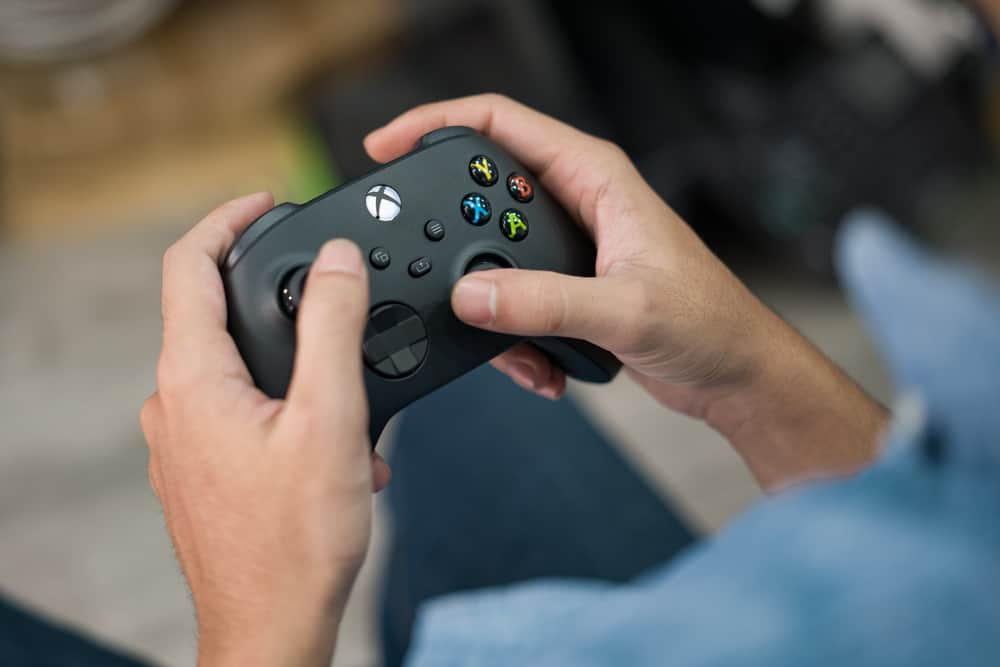 Having issues with an Xbox controller is annoying at the best of times. Or, it can also outright ruin an entire playdate or weekend if gaming with your friends was a big part of your plans for the day. And, with many different Xbox models and devices out there as well as various types of controllers, finding the proper fixes for your situation can be complicated.

For example, a very common question is why does my Xbox controller keep disconnecting with full battery? Changing the battery is the first thing we try when an electronic device stops working but what do we do when that doesn’t help? Well, here are 8 of the main reasons and fixes you should try.

Why does my Xbox controller keep disconnecting?

There are lots of things you’d want to check to make sure your Xbox controller starts working properly again and most of them depend on the exact set-up you have at home.

Do you have a wireless controller or does your device use cables? What firmware version do you have, are the batteries full, and are you actually using the Xbox controller with a PC? All these and other questions can illuminate a lot of different issues that’d affect your gaming experience, with all of them needing different fixes.

So, let’s go over the main issues that may be affecting your gaming console that’d lead to sudden and unexpected controller disconnects.

A common issue is when the firmware version of your controller is outdated. This happens often to people that haven’t been using their Xbox for a while. Essentially, this is similar to the problem of an outdated driver or other software in many other types of devices. And, so, the solution is pretty similar too. Here’s a quick step-by-step:

If there are updates to be applied, the system will go ahead and update the firmware. If not, it will inform you that no updates are needed. In the latter case, you’ll need to look for the root issue elsewhere.

2. Your controller is too far from the console or is facing the wrong way 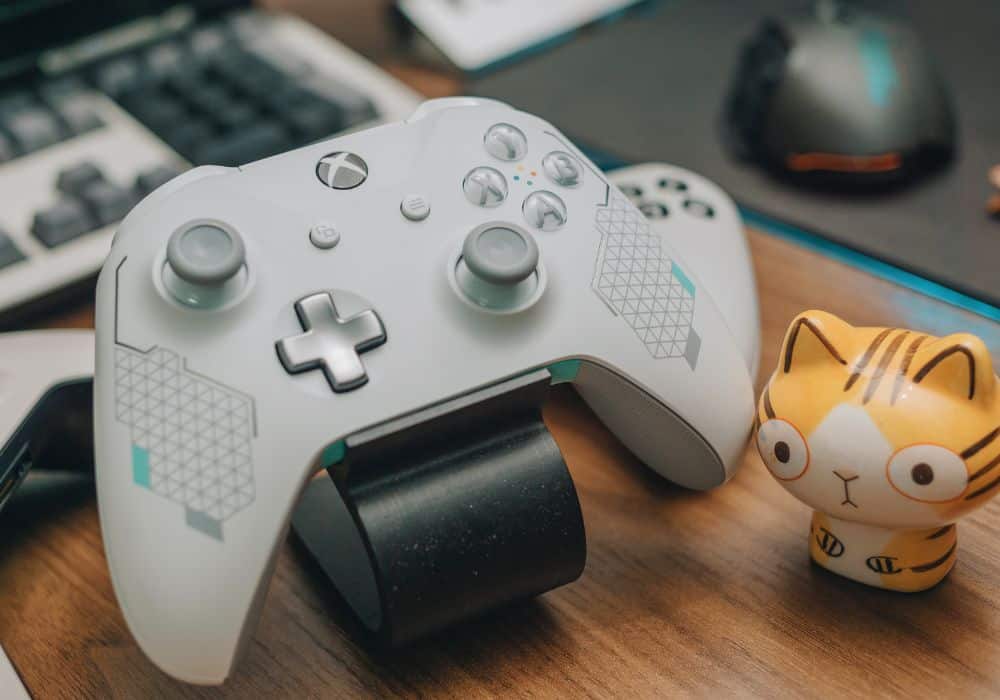 This can seem like a silly problem to trip you up but it happens so often, there really is no shame in it. A typical Bluetooth Xbox wireless controller is advertised to have a range of 19 to 28 feet or 5.8 to 8.5 meters. That is quite a lot at first glance before you consider that:

Connection issues of this type are also quite possible if you are using someone else’s controller while you’re still used to your controller at home which has a longer range. So, before you start restarting and updating things, it might be a good idea to just get closer first.

3. There is indeed something wrong with the batteries

Another key point is that even if the battery indicator is showing them at near-full power, that doesn’t mean you don’t need new batteries. This can feel counterintuitive but rechargeable batteries can lead to “false positives” if they are old and haven’t been recharged properly.

If that does turn out to be the problem, you can try to recharge the batteries again in a more adequate manner and, in the meantime, just use a different set.

4. You need to power cycle your console 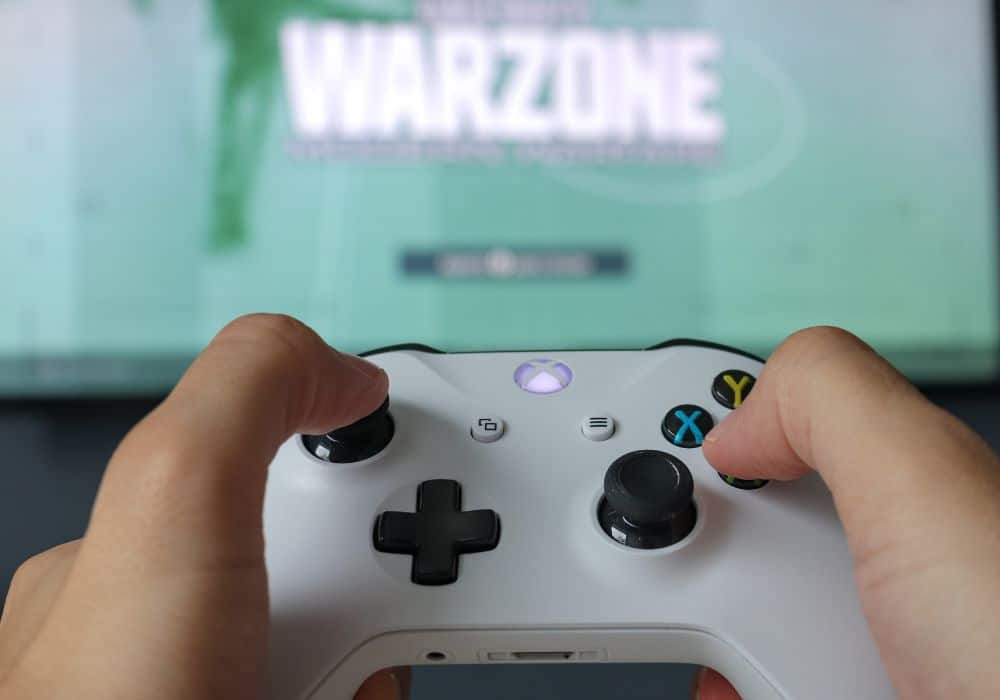 It’s one of the great mysteries of life why software issues simply fix themselves when we restart a device but it just happens. Or, rather, it’s not all that mysterious – when we restart a computer, phone, gaming console, or another device, we stop all processes running in it and start the device back up with a clean slate.

So, a vast host of small bugs and glitches that affect the performance of the device can easily be fixed that way. The same can often apply to your console’s controller.

So, to power cycle or restart your console, just press and hold the power button for about 10 seconds. Then, once you’ve heard the turning-off sound, wait a couple more seconds and press the power button again to turn the console on again. Once it has restarted itself, check to see if the controller works as it very well might.

5. The auto-sleep setting is on and is giving you problems

Another common issue may just lie in the settings of your console and controller. For example, in Xbox One, the auto-sleep setting is known to often caused controller disconnects which is why it’s recommended to just turn it off – here’s how.

The purpose of that setting is to save energy on the controller’s batteries but you can do that yourself by manually turning it off when you’re not using it. This way you avoid the risk of any glitches with the setting causing your controller to disconnect at an inappropriate time.

6. The controller drivers are outdated (if connected to a PC)

If you’re using an Xbox controller with a Windows PC rather than a console, as many gamers do, you can experience a similar problem to our first point about a firmware update required. In other words – you’ll need to update the controller’s drivers in this case. There are many ways you can go about doing this. Here’s a step-by-step:

There are also many neat instructional videos online on how to do that. If that doesn’t work or seems like too much of a hassle, you can also try to look for secondary software that specialized in updating your drivers for you, although that just feels like extra work a lot of the time.

7. There is a software issue that needs you to reconnect the controller

Instead of restarting your whole Xbox console, you can first try to just reconnect the controller too. This is easy to do when we’re talking about a wired connection – just plug the controller out and plug it back in. If it doesn’t work, you can also try using a different USB port or a different cable.

That should sync the controller back up and may be enough to fix your connectivity issues.

8. There is something broken inside the controller that will likely require you to get a new controller

Lastly, there’s the unfortunate risk of a hardware issue inside the controller. This is quite common, especially in households with little kids where the controllers can meet quite a lot of use and physical damage.

Performing an actual physical repair yourself in such a case can be challenging and isn’t something we can easily guide you through in a single article as there are many things that can be broken inside an Xbox controller. Usually in such situations, most people are content to just replace the controller but you can always go to a professional to see if they can open and fix the controller for you.

In conclusion, what should you do if your Xbox controller keeps disconnecting?

As you can see, there are many possible reasons for an Xbox one controller disconnecting out of the blue for no apparent reason. Even if the battery appears to be full, it could still be a battery issue, not to mention the possibility of firmware, software, or hardware problems, glitching settings, outdated drivers, and more.

All this can sound complicated but most of these problems can usually be solved in a few minutes by resetting or reinstalling the proper device or software. If not, getting a new controller is sometimes necessary, however.