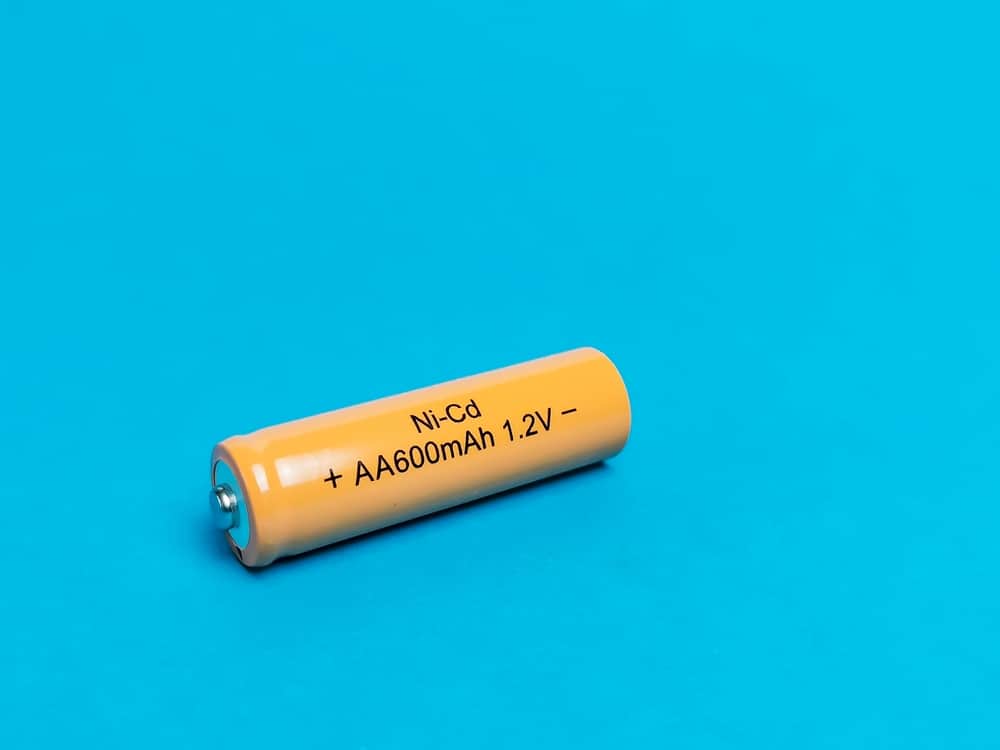 NiCd batteries also referred to as Nickel-Cadmium batteries are rechargeable batteries and very different from normal alkaline batteries. Due to their high energy density, they are mostly used in consumer electronics like portable computers, camcorders, and drills.

If you are on the search for rechargeable batteries with long lifespans and low discharge rates, then standard NiCd batteries are your best bet.

Do you know NiCd batteries are used in the aviation industry? Yes, and that’s because they can offer years of trouble-free servicing, but only when properly maintained.

The trick to preserving the lifespan of your NiCd battery is knowing when and how to charge it. it’s imperative that you regularly check the charging voltages of your battery, and make sure it’s kept within its ideal limit.

Let’s give you insight on how to properly charge your NiCd battery, so it lasts for a very long time.

The Secret to NiCd Charging Revealed

To get the best out of your NiCd battery, a charge rate of C/10 is used unless you are using a fast charger. With fast charges, it can charge at 100% capacity or even 590. However, this doesn’t pose a threat as they have the capacity to charge up to 115% of their total capacity, without deteriorating in health.

For those who’ll want to use the fast-charging technique, be sure that you stop charging immediately after the charge is completed.

To get your NiCd battery fully charged, it’ll most likely take more than 10 hours, and that’s because not every energy will be converted into stored electrical energy.

When charging your NiCd battery, every individual cell needs to be charged based on the standard current. You don’t expect different models to charge together, or they’ll be at risk of overheating and damaging.

If the temperature is above 45°C, you need to stop charging until it cools down.

When you are done charging, be sure that the electrolyte level is at the max, and if it’s not, fill it up to the ideal level.

If maintained properly, your NiCd battery can last for up to 1,000 cycles before it reduces to half its maximum battery capacity.

How To Store NiCd After Charging

You need to discharge it a bit, say 0% to 40%, but do not attempt to short circuit it, or you are at risk of fire hazard.

It’s not even advisable to keep your NiCd batteries for a long period without using them, as the cadmium in them might form dendrites and reduce their functionality and lifespan.

How Does the “Memory Effect” Affect Charging?

Unlike LiPo batteries that have no memory, NiCd batteries do, and most users see this as a drawback. What this means is that, when you continuously partially discharge your battery before charging it, it becomes used to this pattern, and forgets that it can actually discharge up to 0%.

For instance, if you are always discharging your NiCd battery to 70%, it’ll forget that it has an extra 30% capacity that it’s supposed to maximize.

Not all devices have the ability to operate at a reduced capacity. Certain consumer electronics can operate at this reduced voltage while waiting for it to come back to normal, while some cannot withstand the decreased voltage, and hence cause the battery to appear dead.

The best way to avoid this is to always fully charge and fully discharge, no in between. Or if you feel this is too time-consuming, you can alternate it. The main point is not to always discharge it partially so it doesn’t get accustomed to operating at less than its maximum capacity.

Also, with NiCd batteries, there’s something called “voltage depression”, and this occurs when you continuously overcharge your battery. If this becomes a pattern, your battery will discharge faster than normal, and in the long run, the lifespan will be greatly affected.

We’ve already mentioned that it’s best to stop charging your NiCad battery when it gets to full charge, but some manufacturers insist that that’s the best way to preserve their model of NiCd batteries.

Trickle charging is a process where you leave your NiCd battery to keep charging even after it’s fully charged, thereby causing it to overcharge. Normally, the self-discharge rate of NiCd batteries is relatively high, as it loses about 1% at room temperature. So, to keep replacing that lost charge, trickle charging is the way to go.

Unlike normal charging, in trickle charging, a lesser current is being used. The rate is balanced because it’s high enough to continuously keep your NiCd battery fully charged, but also low enough to allow it to keep charging.

When using a trickle charger, you are bound to use more water due to the gassing effect. Also, it’s a must that you properly adjust the electrolyte level before using NiCd batteries in aircraft, so there’s no chance of it drying out before time.

This is a technique that’s common to commercial trickle battery chargers. The point of trickle charging is to keep your battery actively fully charged, and you can achieve that with your standard NiCd charger (if the manufacturer wants to be innovative).

If your charger charges at a C/10 rate, then the manufacturer has to include a resistor that can reduce it to C/40. The best way is to include a switch, so you can easily choose what charging method suits your preference.

Recall that we mentioned NiCd batteries discharge at a fast rate, and tend to lose 1% every day at room temperature. The essence of this method is to replace the lost charge that occurs during the day.

Allow the timer to come on for an hour every day, and make sure your charger is connected to this timer, while the timer should be plugged into the AC socket.

If you notice that charging it for just an hour every day isn’t increasing it to its maximum capacity, then you can up it to 2 hrs. plus. Remember to always recharge at the C/10 rate, even if it doesn’t reach its full capacity.

What’s The Average Lifespan of My Charged NiCd Battery?

When you get a new and fully charged Ni-Cd battery, it usually has a charge-discharge cycle of 1,000 and can last for about six years with proper maintenance.

NiCd batteries are heavy and they are less likely to get damaged as a result of temperature fluctuations, plus they are even more durable than other batteries.

Now, let’s get to the juicy part; our charging tips for your NiCd battery will be incomplete if we don’t at least tell you how to maximize the lifespan of your battery.

How To Keep Your NiCd Battery at Its Best Performance

There are many ways you can prolong and preserve your NiCd battery life, so you don’t have to change it every year or two years. Let’s look at a few;

Due to its low internal resistance and tolerance for deep discharges, Nickel-Cadmium is the perfect option in the aviation industry.

NiCd batteries are danger-prone when used in normal operation, and they can handle puncture from minimal damage.

But, when they become physically damaged and ruptured, it’s best to dispose of them properly. Keep in mind that you cannot just throw it away or even dispose of it in an open fire, and that’s because it’s inflammable. The best way to get rid of your damaged NiCd battery is to go to an approved NiCd recycling outlet and hand it over to them.