Skip to content
UniEnergy Technologies » NiMH Vs. NiCd Battery: Which is Better? 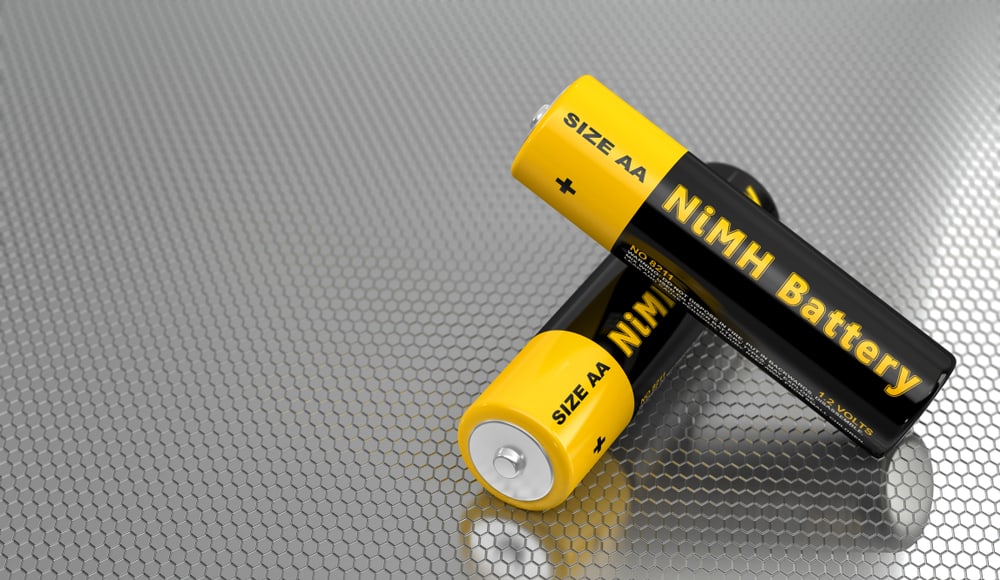 If you often use a digital camera or other high-drain devices, you may want to research and invest in a battery with the best capacity and memory effect.

In this article, we will provide the main features, advantages, and disadvantages of NiMH and NiCd batteries, so you can decide for yourself which battery meets your needs the best.

These batteries perform differently, and their performance can also depend on other factors such as temperature and environment. So, if you often use batteries for devices and are looking to find the best one, you have come to the right place!

Before we dive into their pros and cons, it is vital to clarify that these batteries belong to the secondary type, meaning they are rechargeables, contrary to the primary class, which is ‘single-use.’

Now, let’s dive into the advantages and disadvantages of NiCd and NiMH batteries.

NiCd or nickel-cadmium batteries have been around for a long time, more precisely since a Swedish scientist, Waldemar Junger, invented them in the early 20th century. However, they have come a long way since then.

These batteries use nickel oxide hydroxide or nickel hydroxide for the positive electrode (anode) and metallic cadmium for the negative electrode (cathode), which explains their name NiCd. They also have a separator and an electrolyte made of potassium hydroxide.

Discharging rate of NiCd batteries is much lower than the rate of NiMH batteries, and their terminal voltage during the discharge is around 1.2 volts. Their maximum electromotive force is 1.3 V.

Ni-Cd batteries come in a wide range of sizes and capacities; there are portable sealed NiCd batteries and large ventilated cells for standby and motive power.

NiCd batteries have a high self-discharge rate, and the discharge rate, generally, is one of the most crucial things about batteries. This term refers to the self-running electrochemical process, causing batteries to discharge more or less quickly, even if there is no power draw.

The discharge rate is connected to the storage and determines which charge quantity or capacity can be used after storage. This also implies that these are fast-charging batteries, so it is a two-way street.

Compared to other rechargeable batteries, including NiMH, NiCd offers a good cycle life and performance, especially in extremely low temperatures.

That is considered one of their best advantages and why people living in colder environments gravitate toward these batteries.

Furthermore, they have adequate capacity, but what makes them special is their ability to deliver the full rated capacity at high discharge rates (they can discharge in less than an hour).

Due to their compact design, these batteries are very easy to ship and store. Moreover, their lower price makes them particularly interesting and attractive to the customer, especially compared to NiMH batteries.

NiCd batteries have between 700- 1000 charge-discharge cycles if operating under normal conditions and care. In simple words, they can last up to four years if you charge and maintain them.

Compared to NiMH batteries, NiCd batteries have a lower capacity, meaning they will not power your devices as long as the NiMH battery will. One of the main reasons these batteries have experienced a reduction in their use is that they contain the toxic metal cadmium.

The impact of the disposal of cadmium has proved to be highly detrimental to the environment, which is why in the European Union, these batteries are mainly used for replacement purposes or specific equipment.

As mentioned above, they have a high self-discharge while in storage, which means they offer less storage capacity than other batteries. In addition, they are mature and can easily overcharge, which damages them and shortens their life spans.

However, the most significant issues with these batteries (besides the environment) are their low energy density, which refers to the amount of energy a battery can hold, and the noticeable charging memory effect.

Typical Use of NiCd Cells 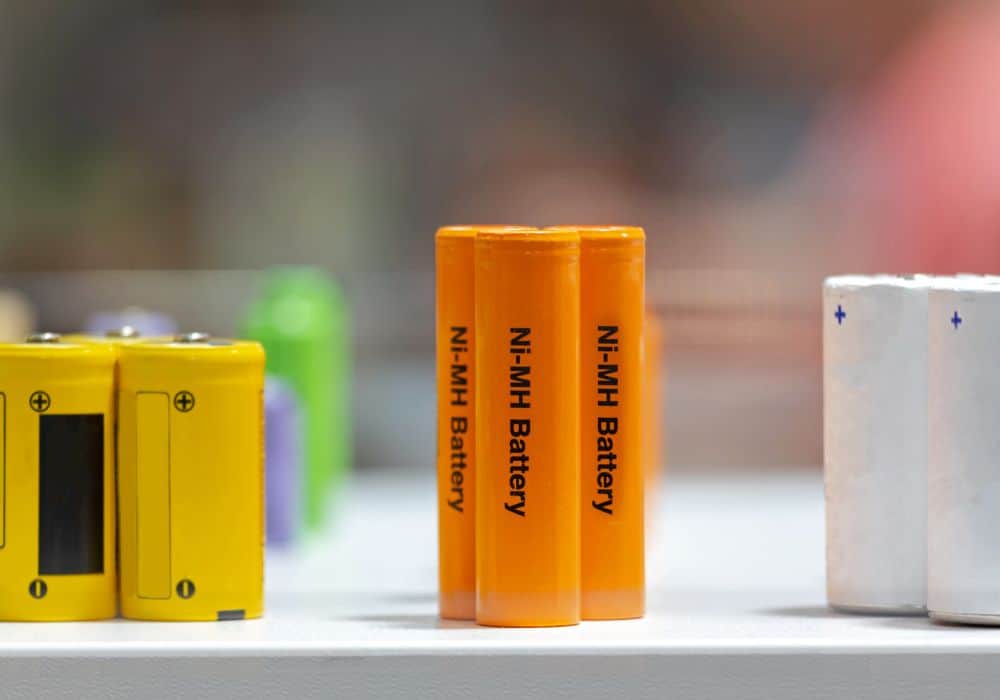 Compared to NiCd batteries, NiMH batteries are a modern phenomenon, and they were developed by the end of the 20th century, although research and development began two decades later.

The main difference between NiMH batteries and NiCd is their composition- with NiMH batteries, the negative electrode is made of hydrogen-absorbing alloy.

NiMH battery or nickel-metal hybrid is basically an upgraded version of the sealed nickel-cadmium battery technology, with a difference in the material used for the negative electrodes.

They offer many other benefits, such as high capacity and higher energy density (40% higher than that of NiCd), and can easily sustain and resist over-charging and over-discharging.

They also have a significant edge over NiCd batteries; they are very friendly to the environment as they do not contain cadmium, lead, or mercury. NiMH batteries also have a fast charge time, but you need to keep an eye on the possibility of overcharging.

NiMH batteries have a resettable fuse that controls the current and temperature, so they do not get too high.

These batteries require a special charger; the trickle charger can damage them if you resume charging them after reaching full charge.

You can use the trickle charger, but you need to be careful because they cannot accept the charge as fast as the NiCd batteries; you will probably charge them twice as long as NiCd batteries.

NiMH batteries also have a high self-discharge rate; in fact, it is higher than NiCd batteries. This is because hydride materials that improve hydrogen bonding can reduce self-discharge, but they also affect the battery’s capacity negatively.

In addition, the NiMH batteries’ discharge current is less than that of NiCad cells. The battery manufacturers suggest a load current of 0.2 C to O.5 C. However, this is considered a minor setback if the required load current is low.

That is why NiCd batteries are better to use with some devices that require a pulsed load than NiMH batteries.

These batteries have a weak-cell syndrome. This means that if you charge a battery pack to its maximum and put it straight after into a device, the pack will die immediately. However, if you go to test it, it will show you that it is fully charged.

This problem happens because the batteries can no longer hold a charge. Unfortunately, NMH batteries are prone to this syndrome more than other cells.

Furthermore, they do not perform well in areas or environments with high temperatures; everything over 45 C will affect their charge efficiency.

Typical Use of NiMH Cells

Similarly to NiCd batteries, NiMh batteries are used for a number of high-drain devices, including digital cameras, electric toothbrushes, medical instruments, mobile phones, pagers, and many others.

Lithium-ion vs. NiCd vs. NiMH

Generally, NiMH battery is considered a better battery than NiCd due to its numerous benefits and relatively new technology. However, Lithium-ion batteries solve most problems associated with these two types of rechargeable batteries.

In fact, they outperform them in numerous categories. For example, they have a longer life cycle, up to five years, while NiMH batteries last around three to four years.

Lithium batteries can charge much faster than NiCd and NiMH, and they perform very well under extreme temperatures and can hold a charge for longer compared to these two types of batteries.

On the other hand, the major disadvantage of Lithium batteries is their price; they are more expensive than NiMH and NiCd. Therefore, the safest battery for the environment is the NiMH.

Lithium-ion batteries are environmentally friendly, and transportation regulations must be followed during shipping.

Both batteries have pros and cons, and your choice should be based on your needs and the particular device you plan to use. The environment also plays a crucial role in decision-making, so keep that in mind when choosing the battery.

Generally, NiMH batteries are considered a better option mainly because they perform better, have higher capacity, and can power your device for much longer than NiCd. Ultimately they are much safer for the environment, which is an essential advantage over NiCd cells.

On the other hand, the best option is Lithium-ion batteries, which are very expensive.

Which ones have you used? Which ones are better, in your opinion? Please, share your experience. If you have any questions, do not hesitate!