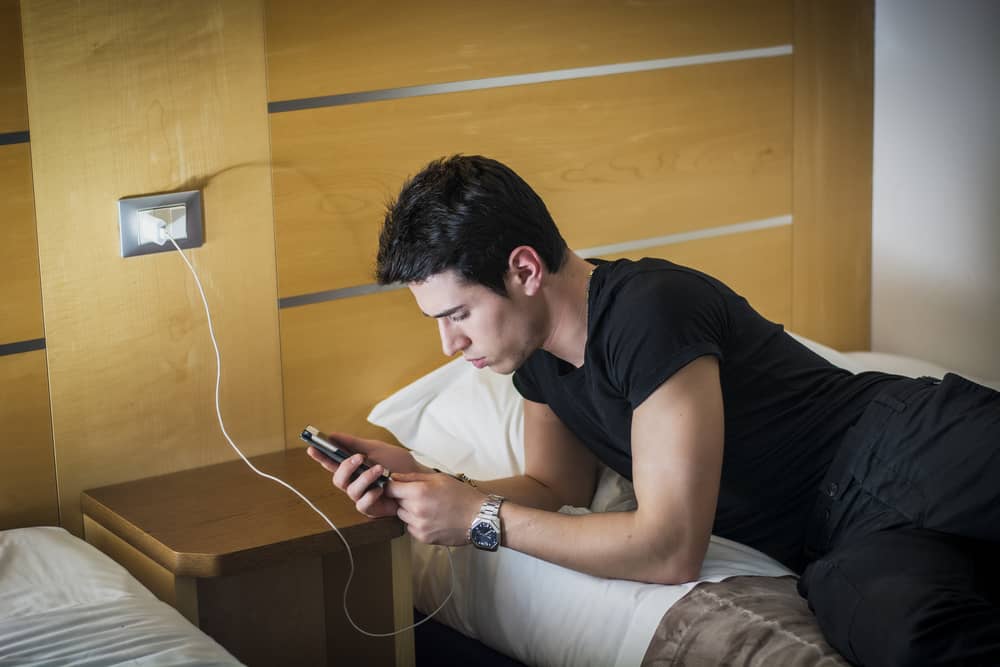 Everybody wants a phone with a long-lasting battery and produces less heat. But what steps will you take if your phone is too hot and the battery dies fast?

Android phones are more prone to getting too hot than iOS. The iPhone is more secure from what causes overheating than other phones.

Most of the reasons for your phone’s overheating come from your lifestyle. So, the solutions to the problems aren’t that hard to solve. However, some of the causes may seem alarming.

In this article, you’ll learn why your phone becomes hot and keeps draining the battery. You’ll also learn the best fixes for these issues.

Common Reasons Your Phone Gets Hot and Drains Power

Each phone has a specific top heat level it should reach. However, when your phone’s heat level rises above average, it can be for any of the following reasons:

Today, most smartphones with great aspects like RAM tempt users to open many apps. But keeping this app open gives your system more work.

Some apps drain more power as long as they are running. It’s because of their constant syncing.

Such events increase your phone’s temperature. As a result, it makes your battery lose more power.

According to a study, you should expect the global gaming market value to hit $338 billion by 2030. It shows that most people buy phones for gaming.

Most users fail to know that too much gaming stresses the phone’s processor. Though most modern phones can handle the games, the long-term effect kills the battery.

Games like PUBG Mobile and Asphalt 9 stress your phone when you play for many hours. These apps take up a phone’s RAM. They also have deep graphics that need more power.

3. Your Phone is Updating

Like most devices, your phone’s heat levels will rise while installing a new update. It doesn’t matter if it’s an iOS or Android device. The heat will be worse if you update a phone you’ve rooted.

The update comes as your phone kills a bug in the OS. Some viruses need a fresh update on the phone to be out. This heating is a one-time problem. 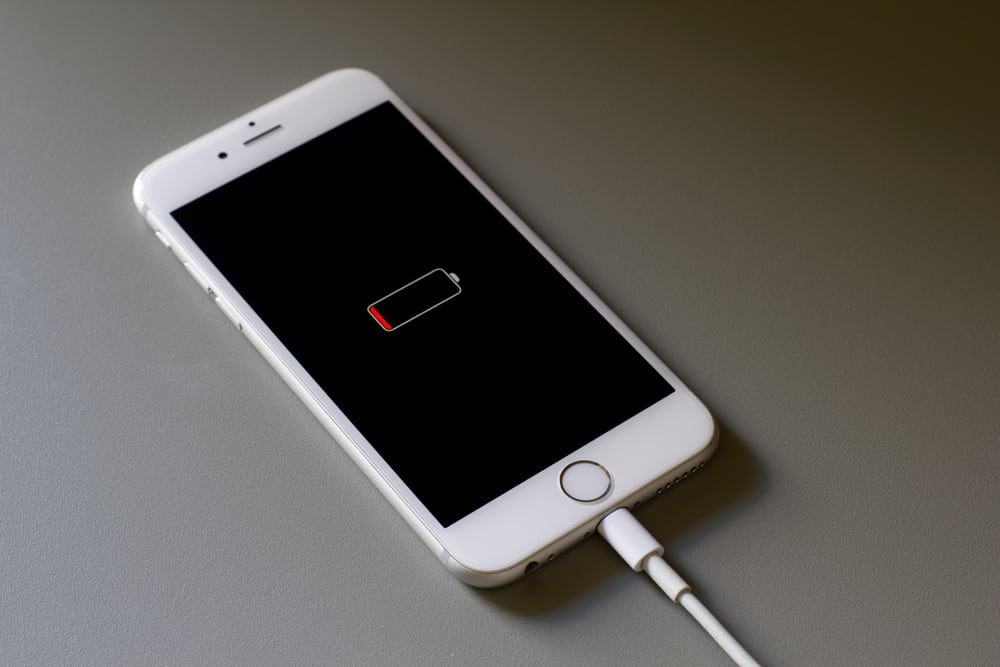 When the network around your area is poor, it burdens your phone’s OS. It will have to ping the network at various times to tap the network.

As it strives to get the signal, the motherboard will heat up. You feel the effect on your hands. On your screen, the battery levels will reduce fast.

The power loss in modern phones like the iPhone 14 or Samsung S22 is less than in older phones. These new gadgets have new and better Wi-Fi. It becomes easy for them to tap the signals.

Your phone’s brightness is excellent for many phone features. But some high brightness levels kill your phone without you being aware.

These feature causes your phone’s heat levels to rise. Then your battery will lose its power. Fast.

If you have high brightness all the time, you’ll shorten your battery’s life. Your eyes will also hurt with time.

6. You Use Your Phone While Charging

You must have done this act on your phone several times. While charging, your phone should have the perfect amount of rest and fresh air.

But while the phone is charging, it isn’t great to check what’s trending on social media or play many games. It will take in power, and you will take out more of it.

This phone’s GPU will carry a heavy burden to cool itself. So, the phone will charge slower than usual. Your battery will suffer as a result.

7. Your Phone or Battery has a Problem

Sometimes, your phone battery or other hardware might be having some issues. Every part should work well to give you a perfect user experience.

It can be your battery, charging system, or even the screen that has a problem. If you can remove the battery, it could be that it has a poor connection. Such an act can even cause a fire.

The sun is great for your body, but not for the phone. Using your gadget in the sun, in a hot room, or in a hot car makes your device have high heat levels.

It makes the metal, plastic, and glass elements almost melt. So, the small phone elements will begin to bake.

Then, it will affect your Li-ion battery, which isn’t too fond of high heat levels. Besides feeling the heat, you’ll see the outcome on the battery level. Remember, your battery will die if it becomes the norm.

9. Malware from some Apps

Failing to update some of your phone’s apps burdens the OS. Some apps, especially on Android, are prone to getting viruses.

Malware eats more of your phone’s RAM than it should. It occurs by them taking over some of the phone’s tasks. Thus, it causes much heat and battery drain.

Most phones, like iOS, need you to charge them using their genuine cables. Fake cables have a high chance of killing your phone. The cable can feed more or less power to the phone.

While using such cables, you can hear a burning smell like burning plastic. They make your phone’s charging system weak because of poor circuiting.

Such an effect can continue even when you unplug the cable. Your phone will take more time to charge and thus destroy the battery.

What to do When Your Phone Gets Hot and Drains Battery? 10 Best Tips

Below are the best ways to handle your phone when it gets hot. These tricks will also help your battery keep its capacity for many years.

Free up the RAM by closing some apps that you aren’t using. It makes your phone run faster and keeps a proper heat level.

Your battery lasts longer under such conditions. It’s because the system holds the apps when they run.

It’s also better to uninstall the ones that you don’t use. Sometimes, sending such apps to sleep makes your phone work better.

Using your phone to play games and check social media is one of the worst addictions. It’s one of the best reasons that make people buy phones.

If you can beat the addiction, your phone will be safer. But if it’s hard, ensure you discipline yourself how and when to use the phone.

You can take breaks after playing for some time. For example, take a break when you complete a race on Asphalt 9. It keeps you free and lets your phone breathe.

3. Don’t Use Your Phone in Hot Places

Stay away from places with high temperatures. Such are things like a hot lab, car, or direct sun. Also, while walking in the sun, please keep it away from your pocket or bag.

Keeping your phone away from these places gives it a better cooling process. Then your phone will run faster, and the battery will remain safe for many days.

4. Use a Simple Case

Phone covers or cases are a trend on most phones. They protect your phone from damage and old age and give you a unique style.

However, your phone will overheat if you have a heavy silicon or rubber case. It might seem like a minor aspect. But investing in premium covers secures your phone’s health.

These materials trap heat from the outer world. Then, your phone won’t give out the best cooling effect.

Sometimes, failing to keep your phone in optimal settings is fun. Most people go for phones with high brightness levels. It aids in watching and playing games.

But your phone will have the best heat levels with low screen brightness. How you’ll reduce the levels varies with the phone’s interface.

Today, most iOS and Android phones have this auto-brightness aspect. Your phone’s brightness will change depending on where you are. Then you can forget about your phone getting hot.

Ensure you visit the Apple or Google store to ensure the app is up-to-date. Yes, it can seem expensive. But your phone will have fewer heating issues.

Some new changes make the app boring. However, some old apps are prone to malware attacks that stress the system. Do the same for your OS and enjoy using your phone.

Adapting to a proper charging life is safe for your phone. It entails not using the gadget while charging, switching the mobile data or Wi-Fi, and using the correct cable.

Ensure you know the hours your phone needs to charge. You’ll avoid overcharging the device and making it hot. The battery will also have a long life.

8. Reset Settings and Restart the Phone

The device will work great if you give it a fresh start. It happens after resetting or restarting the phone. These tricks remove most bugs and malware.

Use this tip after you close the background apps, and the phone is still overheating. These processes aren’t the same on all phone versions.

Besides the inner cooling system, your phone has some key ports to help. Keeping your phone away from dust and dirt keeps the spaces open.

Some of the ports to clean are the charging area, speaker, and audio port. But how is it possible? Use a tender cotton swab to clean the area.

It removes most of the debris and allows air circulation. Remember, don’t use bleach or moisture on your phone. It’s safer to do it while your phone is off.

10. Use the Airplane Mode

Sometimes, airplane mode can bring down the heat. It applies if you are in a place that troubles your phone with getting a signal.

This method may fail to be effective on your device. But keep your network off and reduce the stress on the system.

It should have less heat when all connections are off. Then your battery will be on for many hours.

A phone can become extra hot and lose its battery for many reasons. The event is of great concern but easy to fix.

Most causes come from your lifestyle as you use your phone. You’ll need solutions that relate to how you handle every day.

Don’t leave your phone in hot places. It kills your phone faster through the heat.

Also, reduce the hours you use or play games on the phone. This tip will save your phone’s battery from the extra heat it can get from long hours of use.

Have you ever tried any of the tips in this article to cool your phone? Please let us know the outcome.