Skip to content
UniEnergy Technologies » Pixel Vs. Pixel XL Battery: Which Is Better? 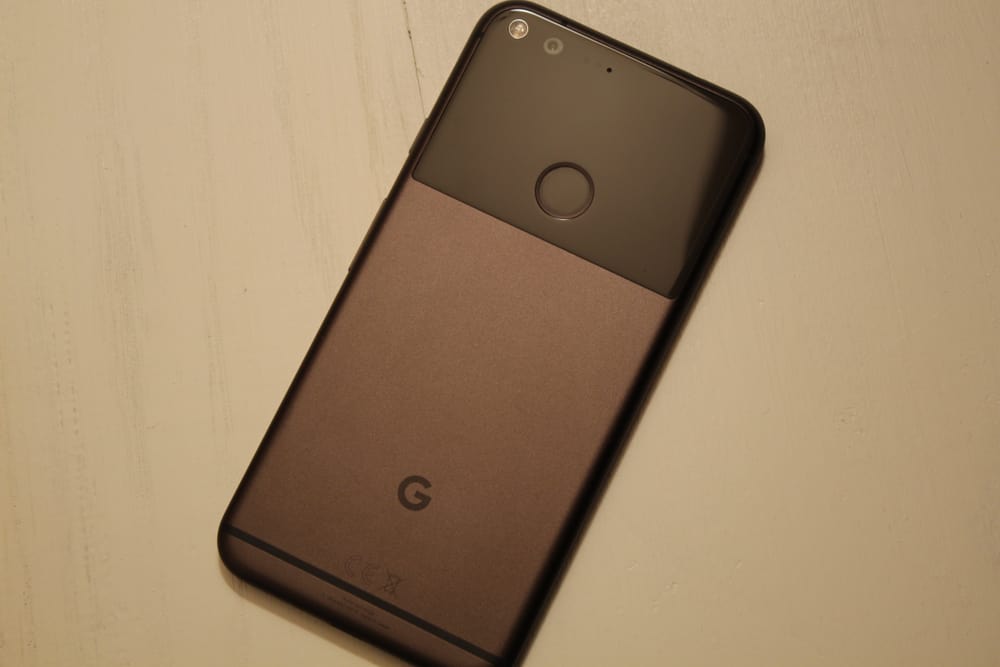 Google’s Pixel and Pixel XL phones were launched almost six years ago and were a direct competitor to Apple’s iPhone. As of now, we have the latest Google Pixel 7 and the Pixel 4 XL available. However, we’ll be focusing on the first-generation releases of both phones.

Besides comparing the battery specs and performance, we’ll be comparing the Pixel and Pixel XL side-by-side to know what sets these phones apart. So let’s get to it!

What Are The Differences?

The most significant difference between both phones is the display and the battery. The Pixel has a 2770 mAh, whereas the Pixel XL has a slightly bigger 3450 mAh battery. While a battery test reveals both phones can survive a day with a single charge, the Pixel XL has more battery life than the Pixel due to its increased battery capacity.

However, heavy use makes the battery last for four to five hours tops. Regarding charging speed, the Pixel charges slightly faster than the XL. Instead of incorporating wireless charging, both Pixels use the quick charge technology built into the USB 3.0 rather than offering the tech under their proprietary standard.

Instead of a micro USB port, these phones use a USB type-C port. The USB-C charger is an alternate type to the typical micro USB endorsed widely in most android devices. An 18-watt charger can charge these phones from zero to 35% within 15 minutes.

It takes almost an hour for the phones to have a full battery. There are faster charging options, like using the turbo charge with a Chromebook charger.

Please remember that device usage dictates how much battery will be used. For example, if you constantly use your phone when it’s charging, you can’t expect it to charge to 35% within 15 minutes.

The first-gen Pixel and Pixel xl look similar in shape and carry a generic outlook. While other manufacturers aim to utilize the glass bezel space on display by adding function keys like the home button, Google’s Pixel and the XL have left these spaces by adding no button.

Nevertheless, the phones have a premium build quality and look alike as they share similar-looking aluminum frames and a half-glass back intended to improve connectivity.

The colors include ‘Quite Silver,’ ‘Very Black,’ and ‘Really Blue.’

It’s a five-inch screen with a 69% screen-to-body ratio and around 44 PPI pixel density. The screen is a 1080 x 1920 AMOLED display reinforced with corning gorilla glass 4.

Both phones have vibrant and colorful screens, including a fingerprint-resistant screen and a wide viewing angle. Despite having a higher resolution, the picture quality of both phones is barely differentiable.

The Pixel and Pixel XL have the same front and rear cameras. Here are the camera specs for these first-generation Pixel phones.

Besides taking crisp-quality pictures and videos, the area where the camera stands out is the level of detail captured in a sunny or well-lit environment.

Google has put too much work into creating algorithms and post-processing adjustments, allowing the user to make the most out of the camera. The camera latency is almost unnoticeable.

The camera is ready to snap as soon as you open the app. The phones have zero shutter lag, making capturing crisp images and videos hassle-free with a finger tap. Unlike their rivals, these phones don’t use optical image stabilization and use pixel size to leverage in collecting light.

This allows a short exposure time, reducing moments and no blurring. To facilitate video-making on the Pixel, Google has attached the phone’s sensor to the gyroscope. This provides a smooth and stable video, reducing the wobble effect of video shooting with handheld devices. However, the color quality and vibrancy of the videos could be better.

Besides looking into the battery performance and display, here’s an overview of the performance.

Both Android devices use a Qualcomm Snapdragon 821 chipset, a quad-core CPU (2×1.6 GHz and 2×2.15 GHz kryo), and an Adreno 530 GPU. The devices also have 4GB ram to provide better performance while multitasking.

The Snapdragon 821 chipset is a reliable processor capable of running power-intensive apps, surpassing all of its competitors in terms of processing power and overall performance. The Snapdragon 821 runs much cooler than its predecessors, improving the scrolling and camera responsiveness with better results.

Google devs went a step ahead when designing Android 7.1  for the Pixel and Pixel XL. These phones had each functions like touch latency, camera performance, app startup, rendering, etc., all revamped to provide the best performance.

Besides the revamped icons, widgets, and related features, the most notable difference is the improved functionality of Google Assistant. Speaking of tweaks, the user interface is optimized to facilitate the user and provide better accessibility.

Technically, the Pixel might outperform the Xl as it has a smaller display, requiring it to light up a smaller display. However, both phones perform the same. Overall, the functionality, animations, and scrolling are flawless, providing the users with a comfortable and quick response.

The call quality of both smartphones is clear and consistent. As mentioned earlier, the phone’s back is half-glass, allowing better signal reception in areas with poor connectivity. The phones are less likely to drop calls when signals are poor.

Unlike other phone manufacturers, the Qualcomm modem used in these phones can work with any carrier around the globe without facing any issues or restrictions. They are sold through Google’s official stores and don’t have any carrier lock.

These two phones are capable of running VR-based applications. Both devices are day-dream ready, but the larger display of the Pixel XL gives the phone an edge and improves the experience by many folds.

As these phones have newer versions available, the availability and prices of these discontinued phones might be highly variable. While most Android devices have options to expand storage, the Pixel and Pixel XL don’t.

Google announced five key features that are available on these phones. The first feature is the Google assistant that aids conversation between the user and Google’s AI, allowing easy access to relevant information or action. The second is their fast camera shutter speeds with no latency.

Other features include unlimited storage for the camera, DayDream VR support, and the Google Duo calling app. The hardware specs are the same, including the same ram speed, model processor, and camera hardware. The standard fingerprint sensor, WiFi, Bluetooth 4.2, front-facing speaker, 4G, and NFC are other mutual features.

The Google Pixel and Pixel XL are similar-looking devices with mostly the same specs and features. However, there are slight differences. For example, the battery capacity of the Pixel XL is more than that of the Pixel. In contrast, the Pixel has a smaller display, requiring less juice to power up the display.

Most variations like these cancel each other out, resulting in somewhat similar benchmarks in terms of performance, features, and usage.

When choosing a phone between the two, it all depends on the user’s preferences. Let’s say you want to buy a decent phone that allows you to use it with one hand. The Pixel would be a feasible choice. In contrast, going for the Pixel XL would be the right choice.

While these first-gen releases are not water-resistant, later successors of both phones have an IP53 rating, making them water and dust-proof.

In a nutshell, the standard Pixel XL has better battery life and battery performance than the Pixel, making it a clear winner. Comparing these smartphones to their competitors, like Apple and Samsung, they provide top-notch performance.

However, the only features these phones lacked were wireless charging and water resistance. We hope the information we included in this article aids in understanding the differences between these flagship releases.