Skip to content
UniEnergy Technologies » Ryobi 40V Battery Not Charging – What To Do? 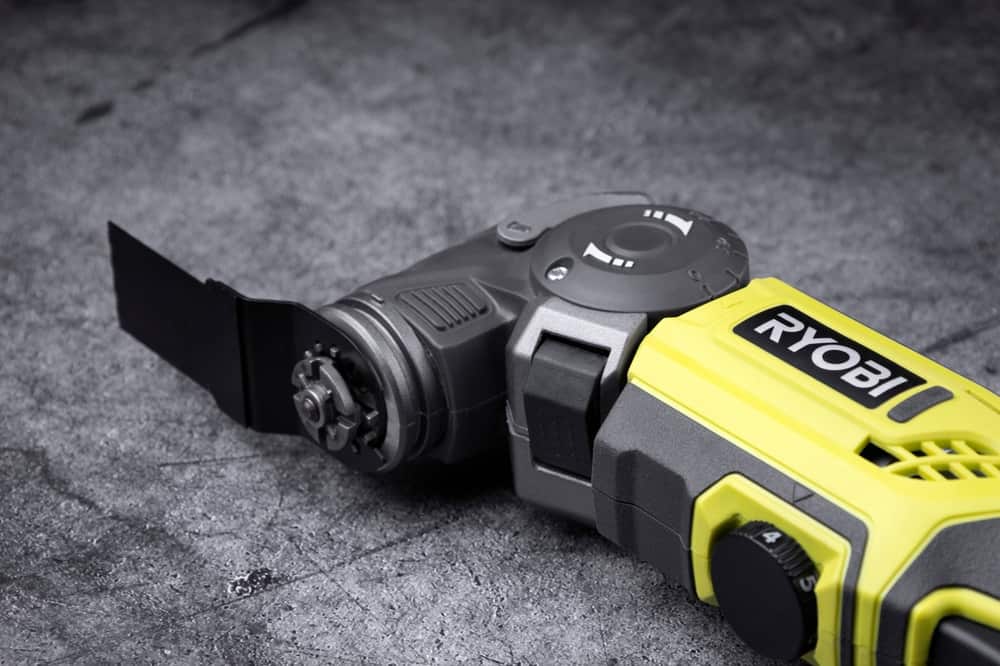 If you’ve got a few power tools on your hands, chances are that you’ve got a Ryobi 40V lithium Ion battery in one or a few of them too. This Japanese brand of lithium-Ion battery is especially common in the US and abroad for all types of drivers, drills, metalworking & woodworking tools, mowers, leaf blowers, and many other devices.

As common and overall efficient as it is, however, even it isn’t immune to issues. So, what to do if you’ve got a Ryobi 40V battery not charging? What are the most common reasons for such an annoying issue, and what is the best fix or two you should try? Let’s try to go over every important point below.

5 reasons for a Ryobi 40V battery not charging properly

If you’ve got a Ryobi 40V battery not charging, there are a couple of ways you’ll likely find out – either 1) you’re seeing the red and green lights flashing on the charger when you’re trying to charge the battery, or 2) you’re just getting no response from the charger whatsoever. There’s also the third case where you think the battery has been fully charged but it’s actually running dry after one or two uses.

The best of these three cases is the first one where the lights flash repeatedly, whereas the other two likely mean that the issue is irreparable and you’ll have to change either the battery or the charger. Even then there might be hope, however, so let’s first go over the main 5 causes for the problem as those will inform the possible solutions you should try.

1. The Ryobi battery is stuck in sleep mode

This can sound like a weird issue as lithium batteries aren’t supposed to have “modes”. What we call sleep mode, however, is the situation where the battery has been discharged so thoroughly the last time you used it that it doesn’t even have enough charge for the charger to detect it as functional.

This is referred to as “sleep mode” because the battery is technically fine and is just empty, but it appears dead to the charger.

2. Your Ryobi battery charger is defective

Another very common issue is that the charger is busted and not the battery. A good charger can technically last for years and even more with the proper care but accidents and malfunctions do happen from time to time. To find out if your charger is busted you can simply try charging another battery with it or charging your battery in a different charger.

Probably the most common reason is also a pretty silly one – it may just be that the connection between the battery and the charger (or the charger and the power outlet) is obstructed by dust, rust, dirt, debris, or something else. This is the type of issue that’s very easy to overlook and also makes us feel somewhat dumb once we find it. Don’t feel bad, however, as it happens to everyone from time to time.

4. The battery is either too cold or too hot

That’s an issue a lot of people fail to foresee but it’s actually quite obvious when you think about it. All batteries have a certain temperature operational range beyond which they can’t work. For a Ryobi 40V lithium-Ion battery that tends to be between 32°F to 113°F (0°C to 45°C).

So, if you’ve left your battery in overly hot or cold weather, presumably together with the device it’s plugged in, chances are that the battery will have issues working or charging.

5. The battery is just old and/or defective

If none of the above is the issue, it may just be that you need to get replacement batteries. Rechargeable batteries do have a finite lifespan – in the case of a Ryobi 40V battery, that’s about 300 to 500 charge cycles or 2 to 4 years. That’s why these batteries usually come with a 3-year warranty but a defective battery can get out of order even sooner than that, especially with bad maintenance.

So, with all those various issues in front of us, let’s go over how you should approach them:

1. Check the contacts of the device, the battery, and its charger for any corrosion or dirt

The very first thing anyone should do when their charger doesn’t seem to work with the battery is check all connectors – between the power outlet and the charger, and between the charger and the battery. A few flecks of dust obviously can’t cause a lack of connectivity but if the connectors have gotten so rusty, dirty, and gunky that they are barely visible, that can easily make your charger ineffective.

To fix that, you can simply get a piece of fine sandpaper, a wire brush, or anything similar, and gently brush the dust, dirt, and rust away from the connectors on both sides of the charger and on the battery. If the issue is with the wall outlet, it’s probably best to get a new one.

2. Temperature-control the battery and its environment

The dullest of issues often have the simplest solutions. If your problem ends up being that you’ve left the battery in the freezing winter cold, the first thing to try would be to get leave it someplace warm for a bit. This doesn’t mean putting it on the stove, of course – just live it in your home, at room temperature for a while.

In the reverse situation – your battery has overheated because you’ve left it (or used it) in the scorching summer heat – just give the battery some time to cool off before you try to recharge it. In many cases, that’s all that’s needed.

Do keep in mind that even if your battery starts recharging after a cool-off period, the overall experience has likely reduced its overall lifespan. Also, keep in mind that if this simple solution doesn’t fix the issue, you can still try any of the others suggested here.

3. Repeatedly plug the battery on and off the charger to try and boost it that way

Onto another simple solution, if the Ryobi charger doesn’t seem to work, you can try to power boost it by repeatedly connecting and disconnecting the battery. Basically, just plug it in, wait for the green light to flash, then plug it out before the red and green lights start flashing.

What you’d be doing this way is building up mini-charges inside the battery that will hopefully give it enough power to get out of “sleep mode”. A few of those charge cycles might eventually lead to the green indicator staying on and the battery charging to full.

4. Boost the battery with a second similar battery if it’s in sleep mode

If the above trick doesn’t work, there are other ways to boost your “sleepy” battery, however, those may need a bit more care on your part. You can do that by connecting the battery to another fully charged battery of the same voltage.

The important step here – aside from making sure that the volts match – is to make sure that you connect the two batteries properly. This means connecting the positive terminal of each battery with cables to the other battery’s positive terminal. Then, do the same with the negative-negative terminals.

5. Boost the battery with a DC terminal if it’s in sleep mode

If you don’t have another battery of an identical voltage, you can try to do the same thing with a power outlet. Again, just connect a negative terminal with the other negative and a positive with a positive. This way, the DC power supply should be enough to boost your battery out of sleep mode – after that, you should be able to charge it normally with the battery charger.

Sooner or later, you’re going to need a replacement Ryobi battery – if none of the options above have worked, this might be the time.

7. Make sure the problem is not in the charger

Having a Ryobi 40V battery not charging can either be a mild annoyance or a major issue if it happens at the most inopportune moment. That’s why proper battery maintenance is a must to reduce the risk of such issues. If you do end up having such problems, however – which all of us do from time to time eventually – there are a few things to try.

We’d recommend giving the first three of the above solutions a go first as they are both the likeliest to work as well as the safest to attempt. Solutions 4. and 5. are also very likely to work but you need to be careful before you approach them as playing with high voltages is no joke. If those two don’t work either, however, you may need to replace either the battery or the charger.