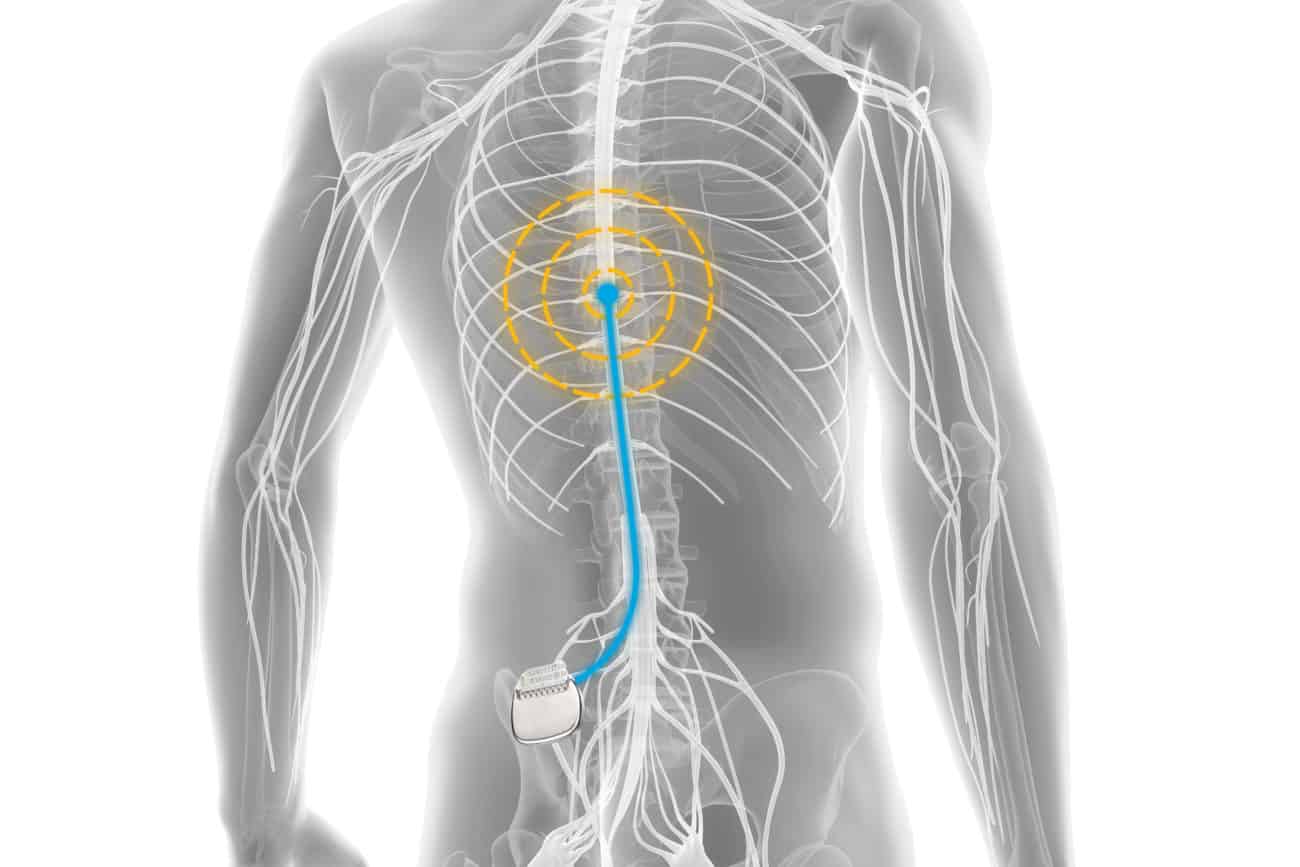 People with chronic back pain often decide to undergo surgery in which a spinal cord stimulator (SCS) is placed under their skin since this device helps relieve the pain they experience.

However, a lot is not widely known about these stimulators. One of those things is the spinal cord stimulator battery replacement cost. If you are going to have surgery that involves installing a foreign body in your own body, it is good to know as many things about it as possible.

That is why in this article, we do not just bring replacement costs but the basics about SCS, and the advantages, and disadvantages of rechargeable and non-rechargeable stimulators. In the last part, we will also be looking at the signs that will help you figure out when you need to replace your stimulator’s battery.

What Is Failed Back Surgery Syndrome?

Compared to nociceptive pain, neuropathic pain is less sensitive to analgesic therapy and other conventional forms of treatment, such as pain medications, physical therapy, and injections, which is why many people with FBSS choose the option of spinal cord stimulators.

What Is Spinal Cord Stimulation?

Spinal cord stimulation or neuromodulation surgery is a procedure in which one or two electrodes are implanted in the thoracic and lumbar spine’s epidural space. The electrodes are connected to a battery that delivers stimulation programmed for that patient.

It delivers mild electrical impulses that interrupt pain signals to the brain and replace them with a tingling sensation that targets specific areas where the pain is experienced.

This procedure is performed in patients who have pain in the lumbar part of the spine after neurosurgical procedures on the lumbar spine with the consequent formation of adhesions, with pain spreading to the lower extremities or without pain spreading, in patients with pain after amputation of the lower extremities, and pain resulting from complex regional pain syndromes.

The R-SCS vs. NR-SCS dilemma is of great importance for lots of people because not only does it affects their immediate financial and health situation, but also the question of battery replacement cost, which sooner or later will become relevant. So let’s talk about it!

The main difference between these two systems is the type of battery.

For some people, using a rechargeable stimulator can seem like too much of a hassle, but we need to consider other advantages and disadvantages of this system before we commit to the non-rechargeable one.

Chargeable stimulators last between 7 to 25 years, while non-rechargeable batteries will be usable from 2 to 5 years. It not only means that you will be able to use the first type for a longer amount of time but also that you will have to replace the spinal cord stimulator battery less often.

Speaking of that, the average number of replacements is the next difference on the list.

It is easy to see why rechargeable stimulators are getting more and more popular when you consider that patients who opt-in for the NR-SCS have to go through the trouble of battery replacement 9.2 times on average over their lifetimes versus 2.2 for those who go with the R-SCS.

Some people might find it too much of a financial burden to pay almost double the price for a rechargeable spinal cord stimulator, but combining life span with the cost is a thing you should do before going for the cheaper(er) choice.

According to a 2020 cost-consequence analysis that examined the differences between non-rechargeable and rechargeable stimulators, R-SCS was found to be a much more cost-beneficial option as they can save up to 70% of the cost. On average, these stimulators would leave patients with $57,000 in their pockets.

Unfortunately, not everyone’s chronic back pain can be relieved with an implantable pulse generator or back pacemaker, as these devices are sometimes called. That is why all the potential candidates undergo a trial period where a temporary SCS system is inserted into their spinal column.

Patients who meet specific criteria, i.e., experiencing 50% or more pain relief, are eligible to receive a permanent SCS. This trial costs between $5,800 and $15,700, and its duration is usually around one week.

A large number of health insurance providers, such as Medicaid and Medicare, include the battery replacement procedure as a part of their deals. Hence, the first thing you might want to do is contact your provider and check if you even have to pay anything.

If you do not have insurance or the battery replacement is not covered by your insurance plan, continue reading.

In case you installed a non-rechargeable stimulator, you can expect to pay the same amount as you paid for the initial implantation, which is between $15,100 and $49,700.

If you are wondering how much this costs on average, the 2020 paper we mentioned when we talked about the savings R-SCS brings relative to NR-SCS found it to be $26,000.

When it comes to the battery replacement cost of a rechargeable spinal cord stimulation system, it is, of course, much lower for two reasons: the initial cost is higher compared to NR-SCS, and the need to charge the batteries on a regular basis.

But these two “problems” may not seem so significant to you when you hear that, on average, replacement costs around $6,000.

When Should You Consider Replacing a Spinal Cord Stimulator Battery?

In some hospitals, patients have regular check-ups during which their doctors can inform them if it is time for a replacement, which is very convenient because you do not have to think about this issue at all. Also, some devices will display a message on their screen indicating that the battery is nearing the end of its life.

However, even before the doctor or the device indicates that you need to replace the battery, some signs may appear that will show this to you.

The most obvious sign is the one related to the time that passes from when the battery is charged to when it is used up. If you find yourself in a situation where you have to charge your battery a lot, i.e., one cycle does not last more than a few hours, it is time for a change.

With NR-SCS, there is no charging, which is why the first sign that you need to replace the battery will be the fact that the spinal cord stimulator does not help relieve pain like it did when you first had it implanted.

You should look out for this even if you do not have a non-rechargeable stimulator since rechargeable ones might also start doing this.

The other thing you need to watch out for is device malfunction. Many SCSs have different modes and settings that users can adjust depending on the level of pain they experience or their body movements.

If, however, your stimulator starts malfunctioning, that is, not operating in the desired program, this may be a sign that the battery life is nearing the end and the battery needs to be replaced.

Spinal cord stimulators are almost life savers for some people as they help them lead much better lives by relieving chronic pain in their backs.

However, these implantable devices have batteries that last a certain amount of time, after which they need to be replaced.

Thanks to a longer life span, R-SCS need to be replaced only 2.2 times during the calculated lifetime of a patient. That number is 9.2 in non-rechargeable stimulators.

In case you want to get even more details regarding spinal cord stimulators, you are more than welcome to use the comment section and ask us your questions!