Skip to content
UniEnergy Technologies » Sunpower Battery vs. Tesla Powerwall: Which is Better? 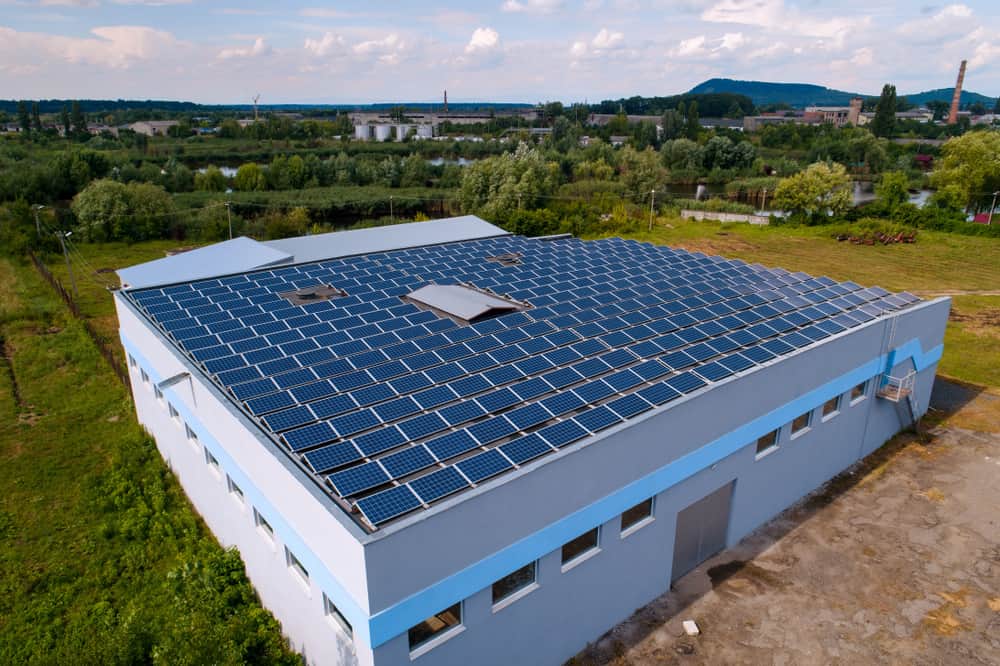 With energy prices rising across the world, many people are looking into ways to reduce their energy bills using renewable energy such as solar power. While the initial costs are still high, many countries around the world offer homeowners support and incentives. The savings on yearly electricity bills are also substantial with solar panel systems.

But with so many options available, how do you know which system is the best for you? In this article, we compare two popular solar systems, the Tesla Powerwall and SunPower.

Read on to find out how the two compare.

A Brief History of Solar Power

Even though solar panels have only become popular from the late 20th century onwards, the ability to use solar power to produce electricity was first discovered as early as 1839. It was then that an American, Alexandre Edmond Becquerel, observed that some materials produced a small amount of electric current when exposed to light.

He documented his discoveries and 37 years later, two scientists, William Grylls Adams and Richard Evans Day, his student, used his notes to refine the discovery. They noticed that selenium could produce energy when it was exposed to sunlight.

It wasn’t until 1954 when researchers from Bell Laboratories replaced selenium with silicon that solar power became a serious possibility and over the next decades it became more practical and cheaper to purchase and install.

Solar Power Use in The World And The United States

Asia is the leading continent, harnessing the most solar power in the world. It is closely followed by Europe. In the United States, California has the most solar installations. However, other states are catching up.

In America, the federal government gives 30% tax credits for people installing a solar power system in their homes between 2022 and 2032. Other countries, such as Canada and Great Britain also have incentives in place to encourage more consumers to install solar panels.

The company was founded in 1985 and is a solar energy pioneer. The brand is known for high-efficiency photovoltaic (PV) technology and they promise their customers more solar power using fewer solar panels. The company’s clients include the Air Force, the U.S. Department of Energy, and the Kennedy Space Center.

All components of the SunPower solar energy system are manufactured in-house, including racking, inverters, and panels. They produce the SunVault storage system, the Equinox system for use in residential buildings, and the Helix system for commercial buildings.

The solar cells in their Maxeon solar panels are made from pure silicon and solid copper. The cells have a black surface, an anti-reflective coating, and no grid lines. Each panel has an integrated micro-inverter which allows for a maximum power output even in low light or partial shade.

Tesla may be best known for electric cars but they are fast establishing a strong foothold in the solar power market. After acquiring SolarCity in 2016, the company expanded into residential solar power. Unlike SunPower, the manufacturing of their solar panels is outsourced.

Tesla’s sun energy products include custom-designed solar roofs, a solar inverter converting electricity from sunlight into clean energy, and the Powerwall. The Powerwall is a storage system that increases the capacity of Tesla’s solar systems.

The design is sleek and comes in a minimalistic white rectangular case and the panels are all black. The panels are sealed to protect them from leaks and have fewer anchor points compared to other brands which help to keep them close to the roof.

Sunpower Battery vs Tesla Powerwall: What are the Differences?

Having a solar storage system provides you with backup power to keep your appliances running if there is a power outage in your area. The storage system works by sending excess energy generated in the solar panels to solar batteries.

The energy from an energy storage system can then be used during power cuts, after sunset, or during the day to lessen the amount of electricity pulled from the power grid.

SunPower’s SunVault has two parts: the battery and the hub which are mounted either in or outside your home. The storage system allows you to monitor how much energy is produced and control the use of your stored energy via the SunPower app on your phone.

Because SunPower manufactures everything in-house, the whole system, when paired with their Equinox solar system, is designed and covered under warranty by one company. This makes the process of getting repairs simpler compared to systems and storage units that use parts from different companies.

Energy capacity: 13 kWh, however, you can connect two batteries, giving you a storage capacity of 26 kWh

Similarly to the SunVault, the stored energy in the Powerwall storage unit can be used anytime to reduce the amount of energy you draw from the grid. It is a greener solution to power outages than a conventional generator since it doesn’t require gasoline to work.

Powerwall also comes with an app that allows you to monitor energy production and manage usage. It is weather and water resistant and can be installed either outside or indoors. Because it has no hot wires or vents, it is safe for households with small children and pets. 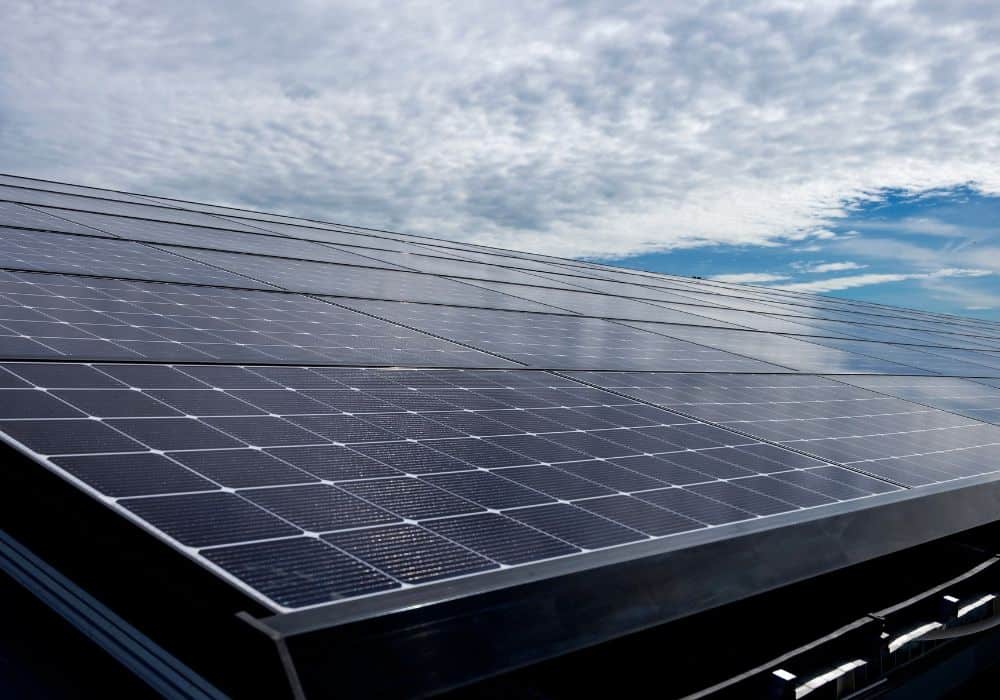 For many people, one of the most important factors when deciding whether to go with the SunVault or Powerwall is the cost. If you already have solar panels installed and want to increase their use with a storage system, you will only need to pay for the battery and its installation.

When working out the cost for your household, you need to consider whether you will need more than one battery. If you are only looking to store enough energy to cover you during power cuts or when there is no sun, then one battery should be sufficient.

However, if you want to go off-grid completely, you will need more than one battery, whether you go with SunVault or Powerwall.

Many batteries use Lithium-Ion NMC technology. However, the SunVault has a Lithium Ferrous Phosphate (LFP) battery. They are said to have a longer shelf life, improved reliability, and be safer.

In comparison, the Powerwall battery has an integrated AC battery system and a rechargeable lithium-ion battery. It comes with a BMS protection that prevents the lithium battery from overcharging, over-discharging, and short-circuiting.

If you don’t already have solar panels, you need to factor the cost of the panels and their installation into the total cost. The cost of a 6 kW solar system from SunPower ranges between $12,025 and $54,720 before Federal tax credits or incentives. The company has a savings calculator so you can check how much you could save on your electricity bills.

According to Tesla, they have America’s lowest-priced solar panels. They also have a price-matching program. If you get a cheaper quote from elsewhere, they will review it and reevaluate their quote provided that your order meets certain criteria. Before the tax credits and incentives, their prices range from $14,940-$17,940 for a 6 kW system.

The 2021 white paper from NREL reported that the cost per watt for SunPower is up to $4.2 compared to $2.44 for Tesla according to Electrek. Why is Tesla so much cheaper per watt? It is because they have reduced the price of their installation service and their power panel modules.

Which is Better: SunVault or Powerwall?

Both solar storage systems have their advantages over the other. SunPower has the higher guaranteed output at 92% compared to Powerwall’s 86%. Sunpower also has a better rating for power output degradation.

However, Tesla offers lower installation costs and price matching. Tesla is also significantly cheaper per watt than SunPower. Both companies offer a ten-year warranty on their battery storage system and have similar usable capacity. Both storage units can be installed inside or outside the house and monitored and managed via a smartphone app.

When deciding whether to go with a Tesla Powerwall battery or with SunVault, you need to consider not just the initial cost, but also the long-term efficiency and how much energy you wish to store. Which product is better for you, depends on your needs and how much you are willing to spend.

We hope the information here has helped you decide if SunVault or Powerwall is better for you. Whichever you choose, you will have an eco-friendly backup battery. If you would like to ask us anything about the topic, you can write your question in the comments section. You might also like to check out this video for further information.