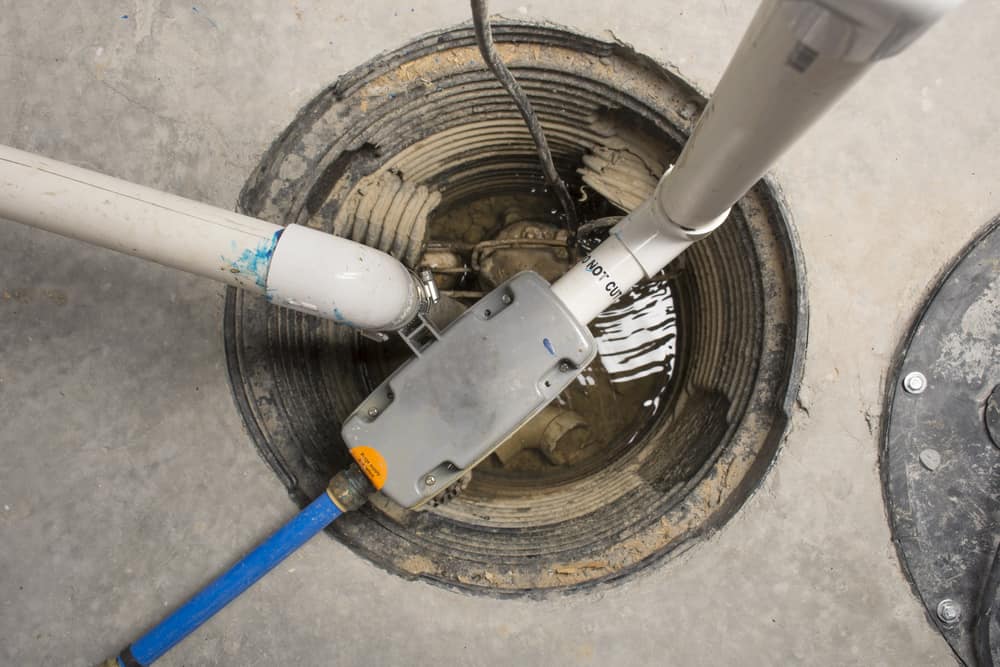 Stick with us as we compare both types, examine their pros and cons, and discuss everything you need to know to keep your property safe and sound.

What Are Sump Pumps?

During heavy rainfall, the water levels rise, causing a backflow of water through the plumbing system. This simple device prevents water from entering the basement. The sump is a hole carved in the basement floor.

This sump or pit is the basin where the sump pump will be placed. The pump has valves that can detect rising water levels and prevent backflow. When water levels rise above the set threshold, the sump pump starts pumping the excess water from the basement through a discharge pipe.

Now that we’ve covered the basics let’s read about both types of sump pumps for a better comparison. 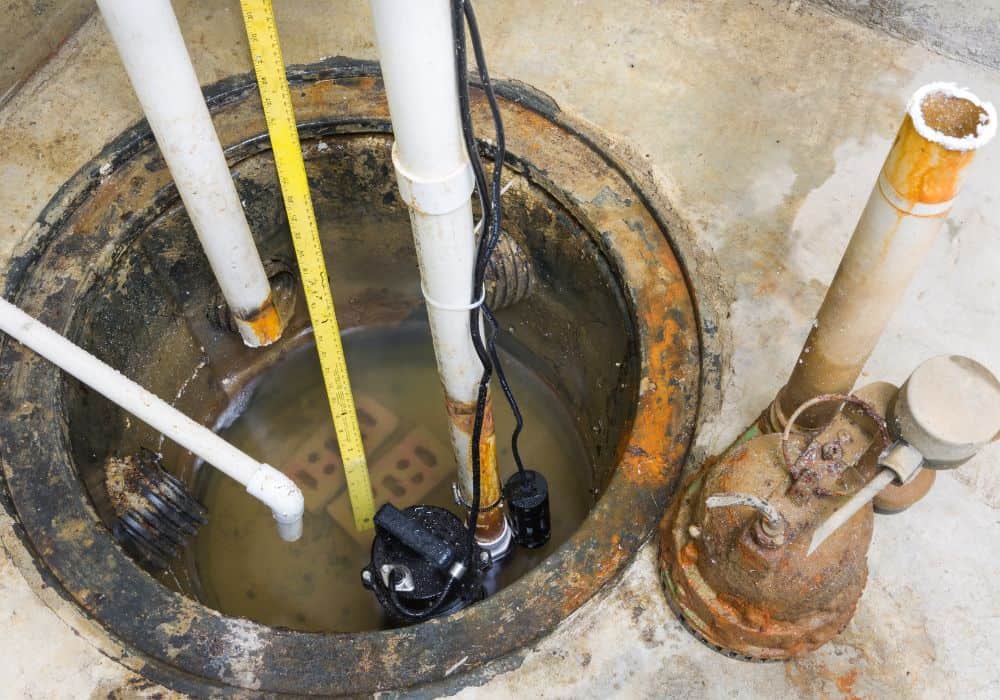 The pump uses water pressure to its leverage and pumps water out. The pump will utilize one gallon of municipal water supply to pump out two gallons of water. These water-powered pumps use the city water, wasting it during the process.

Therefore, some municipalities don’t allow it due to water shortages. You can check in with the local authorities when installing the pump. These pumps can significantly increase the water bill by many folds. Still, paying a few hundred dollars for your water bill is more affordable than having a flooded basement.

Water-powered pumps require 40 psi and a feeding line to pump water out effectively. A separate drain and a backflow mechanism are attached to prevent cross-contamination with other water sources.

This type is immersed in drain water, increasing the chances of contaminating potable water. To prevent cross-contamination, reduced pressure zone backflow prevention valves need to be installed by a certified plumber and have to be tested annually.

The above sump pump’s unit is placed above the sump pit, reducing the chances of water contamination.

Benefits Of A Water-Powered Sump Pump

Drawbacks Of A Water-Powered Sump Pump 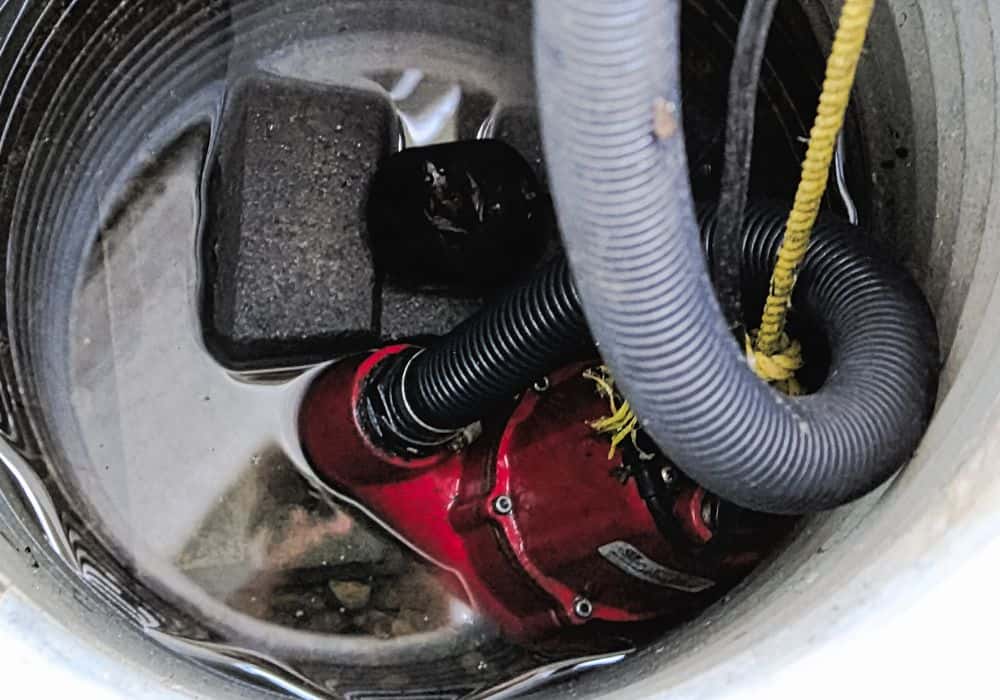 The sump pump battery system has the following components:

These systems are categorized by manufacturers into three tiers, with the top tier having the largest battery and quality components. In contrast, the lowest tier has a smaller battery and related components. The larger the battery, the longer the sump pump works.

Benefits Of A Battery-Powered Sump Pump

Drawbacks Of A Battery-Powered Sump Pump

It’s possible to estimate the amount of water entering the sump basket, which then reveals how often your pump will turn on. The number of times it turns on can drastically affect the expected operating time.

For example, a 20 amperes per hour battery can run a sump pump for 26 hours if the pump runs every 5 minutes.

However, if too much water floods in a storm, the pump turns on every minute, and the same battery lasts only for several hours. It’s best to estimate the average rainfall of your region and purchase a system with a powerful battery or attach two batteries if the charger can keep both charged.

In contrast, a pump system with a smaller battery will suffice if you experience relatively less rainfall and no power outages. 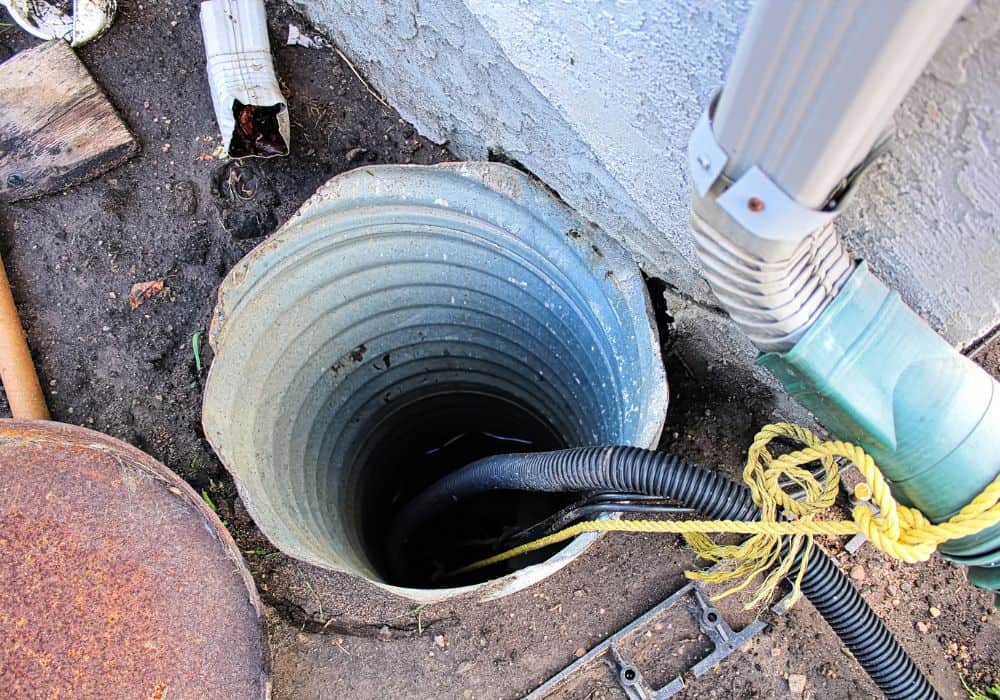 As mentioned earlier, the most common reason is a power outage that can occur during a storm, problems in the electricity supply, or an issue at the grid station, to name a few.

Sometimes, these pumps cannot handle the water flow created during a heavy downpour.

Pumps made with poor-quality materials can also make the pump not work correctly. The efficiency of the pump decreases when there’s an issue.

These float switches float in the sump basket and can get trapped in the discharge pipe, power cord, or against the pump. Besides getting trapped, the float switch can malfunction, leading to a sump pump failure.

How To Know When You Need A Sump Pump Replacement

A failed sump pump is discovered chiefly after the damage has occurred. Fortunately, there are a few ways you can avoid these instances and know when to replace the sump pump.

Most sump pumps have an alarm that turns on when there’s a potential issue. The system is attached to a float or a probe located at the top of the sump basket that detects excessive water levels and sounds an audible alarm.

Some pumps also turn on the alarm when the pump is operating. Therefore, it’s best to check the user manual of the sump pump to know what else the alarm system indicates.

Novel sump pumps use technology to their leverage and can inform the homeowner if the sump pump has failed. Newer models can send text messages to notify the rising water levels. Up to three numbers can be added in case the homeowner is on vacation.

A water alarm dialer can also be installed on the sump pump, calling the programmed number automatically and playing a recorded message.

A faulty sump pump can be catastrophic, leading to water damage, paying thousands of dollars in repairs, and increasing the risk of potential health problems. Investing in a sump pump is wise if your home is in an area with heavy rainfall.

However, which backup sump pump to buy totally depends on the conditions you’re living in. If you have massive rainfall, experience power outages, and live in an area with restrictions on using the city water, picking a battery-powered sump pump is best.

Likewise, an area with an affordable pressurized water supply and fewer downpours can benefit from a water-powered sump pump. Review the information presented here to make an informed decision and keep your household safe.