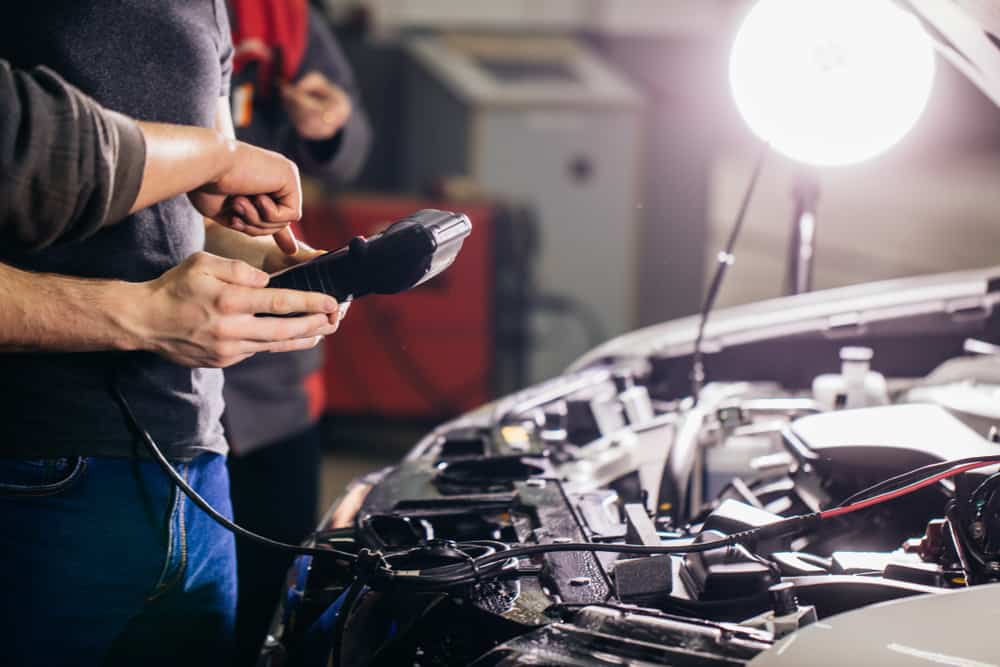 If you are a vehicle owner, you must have heard of the term battery charging system and can probably deduce something about it just from its name. However, the question is, is it only a system used to charge the battery?

Even if you haven’t heard of this system, at some point, you’ve encountered a warning light regarding it while driving your car and wondered what does battery charging system means.

Probably no one is too happy when they find out something is wrong with their car, especially if they don’t know what the warning exactly represents.

So stay with us and continue reading this article because we will tell you everything about the battery charging system, the parts it consists of, and the possible causes of the warning.

What Is A Battery Charging System? 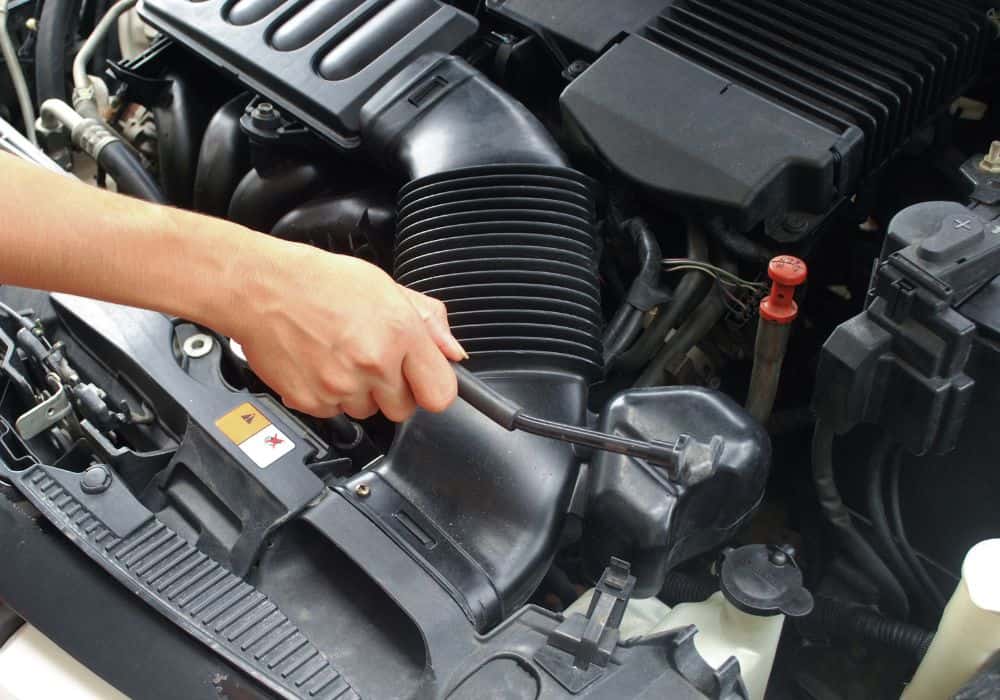 Cars run on gasoline, but electricity is an essential energy source, thanks to which ignition systems, headlights, wipers, heating, power windows, entertainment, air conditioning, and navigation system can be used.

These and other devices and components in the car are powered by electricity that comes from the battery charging system. This system also serves the function of charging the battery and consists of an alternator, battery, ECU, and wire.

Starting the car requires a certain amount of electricity, which is stored in the car’s battery. When you start the car, in addition to the battery, other electrical devices such as lights, turn signals, sirens, wipers, and heating also consume electricity.

However, the electrical power stored in the battery is not enough to keep using these devices for a long time, which is why this energy needs to be constantly produced. An alternator is used for this purpose.

Besides producing the required amount of electricity by converting mechanical energy to power all consumers, it also stores its surplus in the battery and recharges it. An alternator can be said to be like a small power plant on a vehicle.

It is physically based on the principle of operation of a galvanic cell (battery), which in its simplest form consists of 2 electrodes and an electrolyte (the electrolyte is a solution of distilled water and sulfuric acid).

In addition to starting the engine, the battery also provides additional electricity necessary for the various needs of the vehicle when the requirements exceed the possibilities of the amount of electricity coming from the alternator.

The battery also plays the role of a stabilizer because it neutralizes voltage fluctuations that can be very harmful. While the engine is running, the alternator provides most of the electricity, which includes a voltage regulator to keep the output between 13.5 and 14.5 volts. 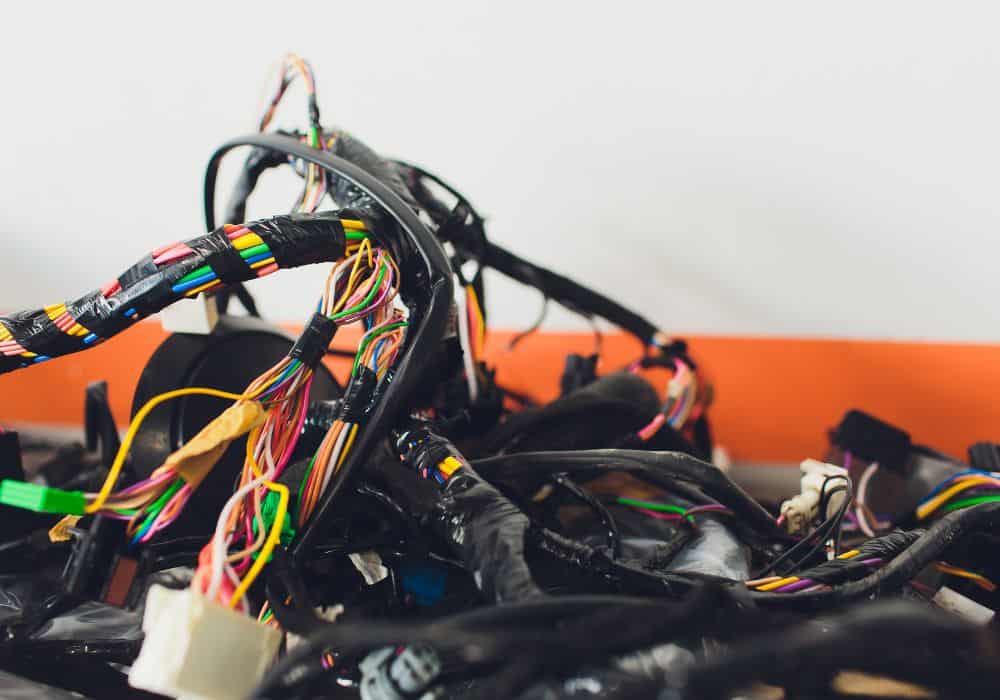 A medium or channel is needed for the alternator, battery, and ECU to communicate with each other. That medium is the wires that connect the three aforementioned components. The network of these wires is called the wiring system.

What Does the “Check/Service Battery Charging System” Light Mean?

Now that we know the theory behind the battery charging system, it’s time to learn what problems can happen if this system doesn’t work.

While driving, a sign or message on your dashboard may appear telling you something is wrong with the battery charging system. In case you received this warning, your car is currently using electricity from the battery to operate its devices and systems.

If you have carefully followed this article, you will remember that the amount of electric energy in the battery is limited and that the battery is charged thanks to the battery charging system, i.e., the alternator.

However, since this part of the vehicle is not functioning correctly at the moment, it means that your car could stop soon. So, even though it may seem as if everything is fine and that you should continue driving, the first thing you should do when the warning appears is to visit the mechanic.

It can very easily happen that your car stops in the middle of the road or, even worse, somewhere where you won’t be able to find help, which means that you will have to call a towing service, and that will only be an additional cost and hassle.

What Are The Possible Causes Of The Charging System Warning Light? 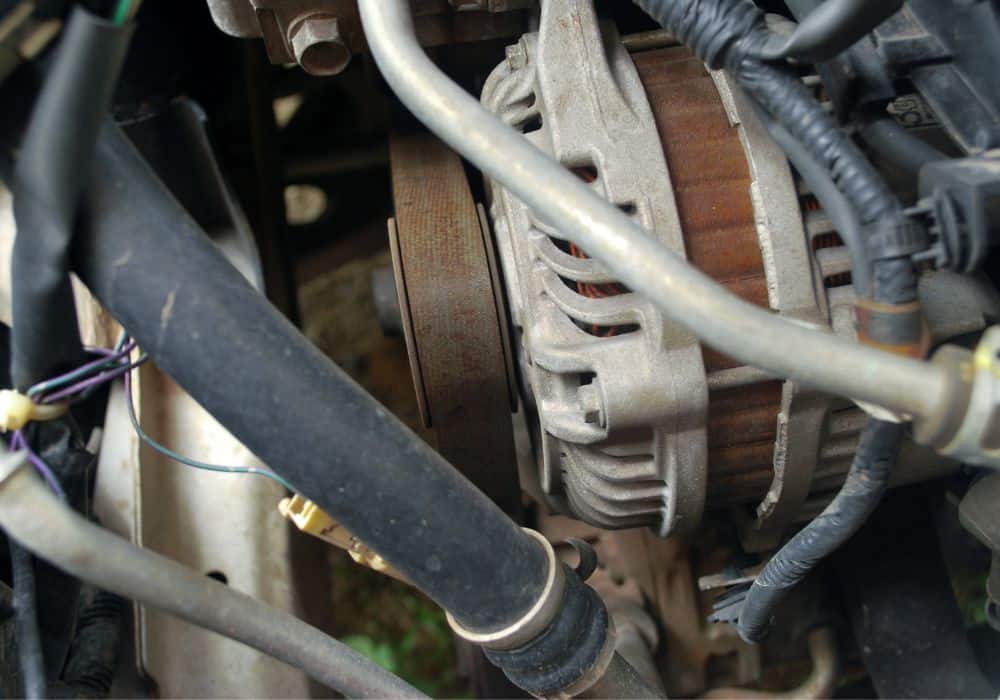 By now, you must have understood the importance of the alternator in functioning modern cars.

Without it, the electrical and electronic devices in the car can’t work, and the battery can’t be charged.

Most often, the problem is with the voltage regulator or rectifier because these two components produce direct current (DC) from the alternator’s alternate current (AC).

The next thing that can cause this problem is, of course, the battery. A damaged battery will not be able to store the electrical energy produced by the alternator, which affects the battery charging system.

Corroded or damaged battery terminals, damaged battery cases, and broken internal connections are some of the possible problems that will cause the battery to malfunction. But, of course, a dead battery can also be the culprit, and that means you will have to get a new one.

Sometimes it can also happen that the battery is properly functioning, but a part or parts are drawing too much energy from it and, in that way, burden it and the battery charging system.

This situation can occur while the car is at rest and not producing energy, but it can also happen while you’re using the vehicle. Any of the dozens of components in the car that use electricity can begin to malfunction and cause this problem.

The third thing on the list of possible causes of the warning sign is the third component of the battery charging system – ECU. Without a properly functioning ECU, there is no possibility of controlling the electrical and electronic systems in the vehicle.

However, you might have a problem with the ECU even if there’s nothing wrong with them which happens when there is a massive electrical load on the system.

Today’s vehicles have dozens of electrical components that, if turned on at the same time, can overload the ECU and lead to its complete collapse.

So, if you are using many of your car’s electrical accessories simultaneously and the “Check battery charging system” message appears, try turning some off before you start panicking.

Even if the three main components of the battery charging system do not have any issues, a problem with the wires that allows them to communicate with each other may lead to the appearance of a warning sign.

Corroded, burned, old, or cut wires will not conduct electricity correctly or at all, which means your car will not work. Your mechanic should inspect all connections for wiring issues in detail, especially those around the alternator.

The drive belt is used to connect the alternator and the engine, as well as other engine accessories. Thanks to the serpentine belt, as it is also called, these parts are supplied with power.

Belt delamination, missing or deformed teeth on the belt due to heavy wear, or maybe even a broken belt are very often the reasons why the drive belt starts working incorrectly.

It, of course, leads to problems with the already mentioned alternator and the inability to charge the battery with an electrical charge.

Thanks to the battery charging system, which consists of an alternator, battery, ECUs, and wiring network, today’s vehicles can store electric energy in the battery and also use that energy to power and operate numerous electrical and electronic systems.

However, as is the case with other parts of the car, the battery charging system can malfunction, which will lead to the appearance of a warning sign telling you to check or service it.

The causes for this problem are a failure of one of the four components it consists of and issues with the drive belt.

Have you ever encountered this problem? If so, share your experience with us in the comments. Of course, if you have additional questions, do not hesitate to contact us using that same section.