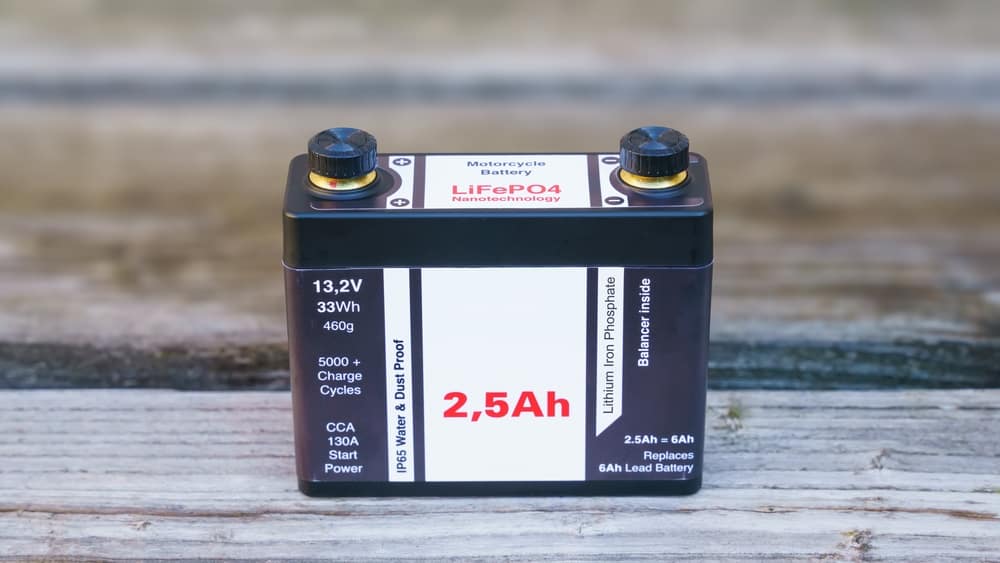 So if you need to buy a long-lasting battery or one that offers a powerful charge, you need to be well-informed about watt-hours.

What is Wh in battery?

Wh is the symbol for an electrical metric, i.e., watt-hours. It indicates the energy capacity of a battery or how long the battery will last.

But if the electrical device has a power draw of about 1200 watts per hour, the battery will last for only one hour.

Now, several factors affect the runtime provided by a battery. The major ones include:

Examples of rechargeable batteries include:

Examples of non-rechargeable batteries include:

A battery’s cyclic life refers to the number of charges and discharges it can go through before its performance starts deteriorating.

For example, a solar panel charges through the day and partially discharges at night. Depending on the usage and nighttime discharge, the solar panel batteries recharge in the morning again. In this way, one battery life cycle is completed.

Usually, the charge capacity of every battery depletes after the first use. Even upon recharging, it won’t offer the same energy storage. Cycle after cycle, the battery capacity becomes smaller and smaller. It affects watt-hours negatively.

Say there’s an electrical device that draws 600 watts from a battery in one hour (600Wh), and its manufacturer-recommended cycles are 100. After the 50th charge and discharge, the electrical device might only run for 45 minutes or so (drawing 600 watts all the same).

So, once you cross manufacturer-recommended life cycles, you will find yourself recharging the battery too frequently. But despite this deterioration, the battery may last for additional 700-1000 cycles.

On average, batteries offer 1500-2000 charge cycles, which last for about 18 – 36 months. You can find the exact number of charge cycles offered by your battery on the spec sheet provided by the manufacturer. Or, if you’re dealing with a car battery, you can perform a load test.

Depth of discharge is a parameter that tells us how much electric charge in a battery is depleted relative to the overall capacity of a battery.

Deep cycle batteries allow you to safely use 90% of the total battery capacity, while other batteries have a recommended DoD of 50 percent. If the amount of charge drops below 50 percent, the battery may have premature degradation.

Hence, you should seek a smaller DoD for every cycle so that the cyclic life is not reduced and the battery continues to perform perfectly at its promised Wh-rating.

Apart from those mentioned above, several other factors impact watt-hours directly and indirectly. These include C-rate, energy density, etc.

How to calculate Watt-hours?

You will usually find Wh on the battery’s casing in the following way:

But if you cannot find it on the battery, you can calculate it using the following formula:

You can find the values for both voltage and amperes on the side of the battery. Let’s do the math for the battery in the image above:

Note that the unit for voltage is V and it is usually fixed since it is determined by its composition and construction. But few factors determine voltage efficiency, and hence, it affects the watt-hours (check the equation above again).

The factors affecting voltage are:

We recommend a deeper exploration of all the factors affecting voltage efficiency in a battery if you’re buying a new battery or trying to figure out how to maintain a newly-purchased battery.

Similarly, amperes vary too. The standard amperes used by a battery are given as ampere hours (Ah) on the battery casing.

Under ideal circumstances, the battery will draw the same amount of current as the Ah rating suggests. But if the load increases or any other variables change (like voltage), the current drawn will also change.

Kilowatt-hours (kWh) is a measure of electrical energy, similar to watt-hours. It represents a standard power consumption, i.e., 1000 watts per hour.

This unit of energy is usually used to measure electricity consumption for households or particular appliances.

What is the difference between watt and watt-hours?

By now, we hope you have a clear understanding of what is Wh in a battery, along with all important terminology relevant to watt-hours. In case, there’s still a question or two, let us know in the comments below, and we’ll answer to our best!