Skip to content
UniEnergy Technologies » What Should A 12-Volt Battery Read When Fully Charged? (Quick Answer & Steps To Check) 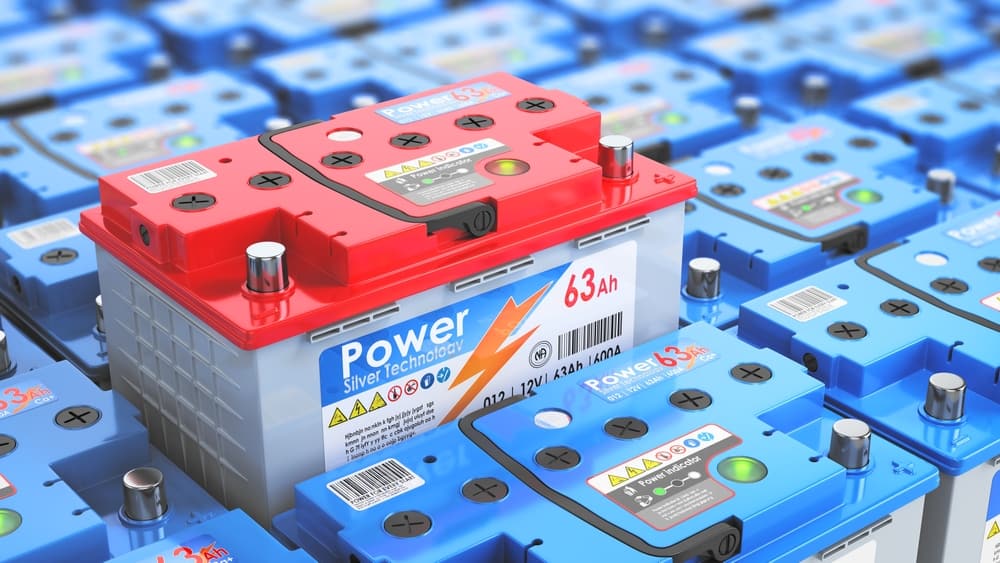 Since it was invented in the 19th century, battery brought many changes to the world, facilitating significant electrical advancement, eventually culminating in numerous portable devices such as smartphones, laptops, and electric cars.

Although we are all accustomed to using batteries and understand their purpose, some issues, theories, and questions still need to be answered.

Some of those include voltage, state of charge of cells, and several other complex aspects. In this article, we will talk about the 12-volt battery, which confuses many people because it has more than 12 volts when fully charged.

Let’s see why that is and some other exciting information about the voltage and charging!

A fully charged 12-volt battery that ‘rested’ for a few hours or days without being charged and with no load being drawn from it will balance the charge out and measure around 12.6 or 12.7 between its terminals.

When the 12-volt battery that has not been used or charged shows 12 volts, it is nearly depleted. On the other hand, if its resting voltage shows around 12 or 12.1, the battery has about 20 to 25% of useful energy.

This is confusing for many people, but it has a simple explanation. Batteries have voltage setpoints, which are different from the voltage the cell has within. The setpoints show the amount of voltage that sets the battery’s condition.

There is also float voltage, the voltage at which the battery is maintained after fully charging to strengthen the capacity. In simpler words, the voltage of a battery should be kept as if it is in the state of a standby application. For example, the recommended float voltage of a flooded cell is usually around 13.5 volts.

Interestingly, even if we do not use the batteries, the voltage decreases over time through a process called ‘self-discharge.’

If this is all too confusing for you, do not worry, you are not the only one! However, now you know that a fully charged 12-volt battery should read or have 12.7 volts or more with the engine off-this is called ‘resting voltage.’ So if your voltmeter shows less than 12.4 volts, the cell is low.

Your car battery’s voltage reading depends on the operation’s current state. In addition, the temperature, battery age, and technology can affect the voltage reading, so keep that in mind.

So, let’s shed some light on essential terms for understanding how to read voltage. The first is load voltage, which refers to the voltage reading when the battery is charging or discharging.

Charge voltage refers to a state in which the battery is recharging. So, when the cell is charging, its lead plates get polarized, and they develop an internal resistance leading to a charge. Because of this, the surface charge adds to the battery’s charge, increasing the voltage reading.

The voltage will recover after the load is taken out from the circuit.

The best time to determine the state of charge is when the battery is idle or fully charged.

However, it is always suggested that you wait an hour or two, so the battery can rest and cool down because the accumulated surface charge needs to dissipate within its electrolyte gradually.

The state of charge is critical because it reflects the cell’s capacity within it, so you can know when to recharge or replace it. There are a few tests that you can perform, depending on the type of battery, that can determine the state of charge.

We use a specific gravity test to determine the state of charge for a flooded lead-acid battery. On the other hand, this test cannot be applied to AGM, gel, and sealed lead-acid cells.

A specific gravity test is done with a hydrometer, and the hydrometer reading will tell you the state of the charge. This device measures the density (specific gravity) of sulfuric acid in the electrolytes. It also determines the health of your battery.

Ultimately voltage is connected to the state of charge and can be used to determine the battery’s state, although due to frequent fluctuations, voltage is not the fundamental basis. However, you can still use it as a reference point to approximately determine the state.

So, here is a list of voltage and state of charge.

If your battery shows less than 10.5 volts, it is dead or not charging.

How Do I Test and Check my Battery Capacity and Voltage?

In order for you to read your car battery voltage, you will need a voltmeter. This device measures the electrical potential between two points in the electric circuit or simply voltage. The price of the voltmeter ranges from 30$ to 80$ or even higher, depending on the model.

We suggest you get your hands on a digital voltmeter because it is much easier to use it, and also consider this a long-term investment so go for a quality voltmeter.

You can also buy a multimeter, a device similar to a voltmeter. However, the multimeter offers other features besides voltage reading; it measures the units of resistance and currents, amps, and ohms.

So buy a voltmeter if you do not need to gather more information than just the voltage.

Step 1: Turn Off the Car

If you want to run this test, you will need to shut off your car’s engine and remove all electrical loads from the vehicle, such as headlights or radio. Also, disconnect any lights that are connected to the battery.

It would be best to let your battery rest for an hour or two before conducting the test.

The multimeter or voltmeter has two leads that you will attach to the positive battery terminal (red colored), and you will connect the other lead to the negative terminal.

Step 4: Turn On the Voltmeter

Press or turn the knob to turn on the voltmeter. Next, press the ‘DC’ label on its button- it will measure DC voltage, not AC voltage. 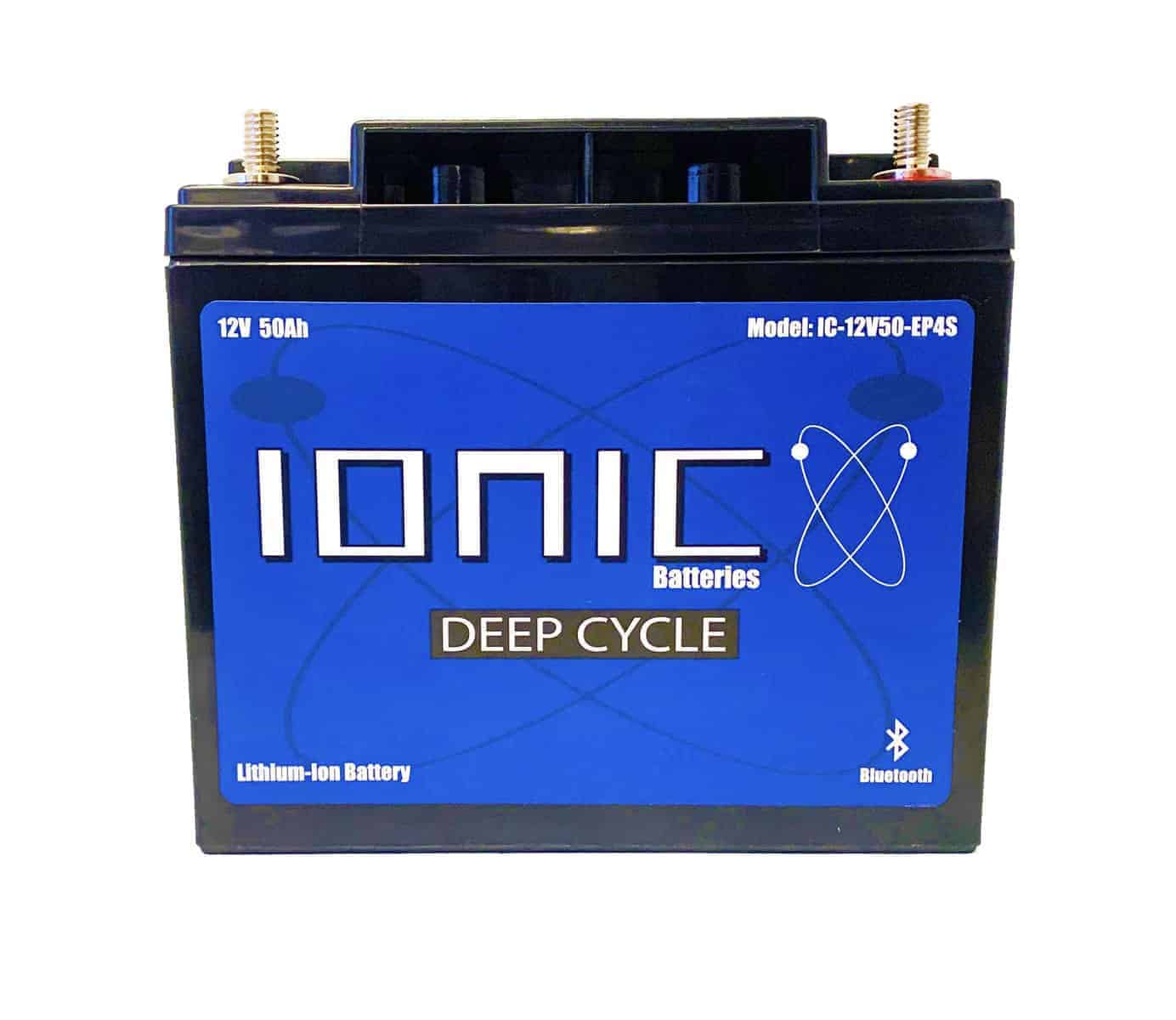 Look at the numbers on the voltmeter’s display. You will likely have to replace the battery if it reads less than 12 or more than 16. The optimal reading should be between 12 and 14 volts; anything less or above that might indicate a potential problem.

Depending on the model and quality of the battery, starting your engine with a 12.1 voltage is not recommended. This indicates that the battery is weak and will most likely damage the battery cells.

If the battery reads less than 10.5 (state when fully discharged), it can easily get damaged because of excessive sulfation– the build-up of lead sulfate crystals on the surface of the battery’s plates.

In a regular cycle, this formation of crystals is temporary and reverses when the battery is recharged.

Although this might be confusing or demotivating for some readers, understanding the voltage and its connection to the state of charge is paramount to determining how long your battery will last and when to charge it.

Ultimately this helps you take better care of your car’s battery so you do not end up stranded somewhere with a low or dead battery and no battery charger. In addition, you will know when to recharge it and what a particular voltage is saying about the battery’s state.