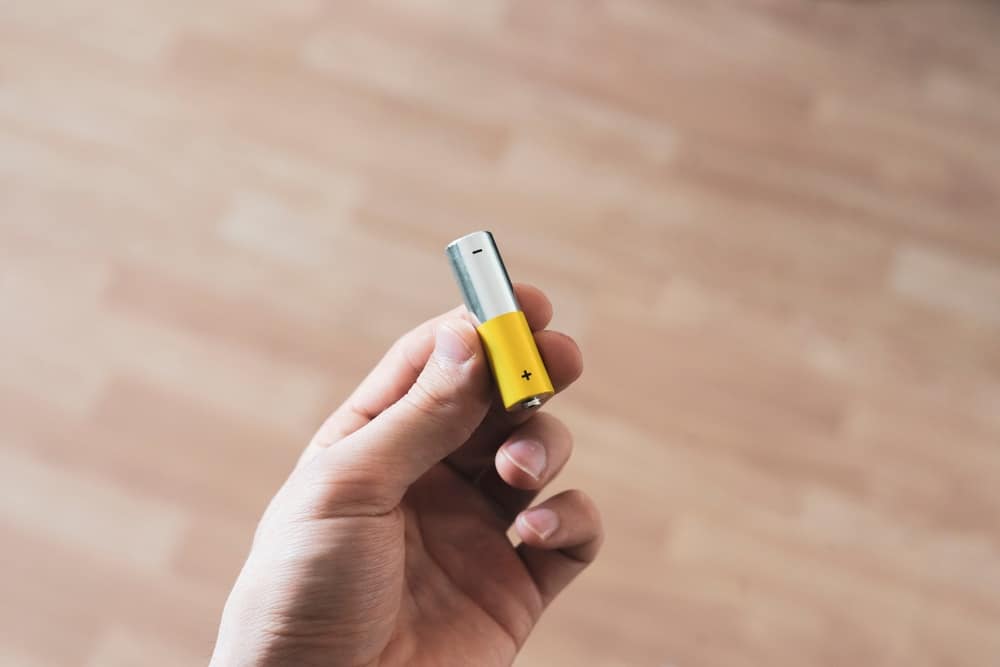 Batteries are one of the most essential parts of modern civilization, especially with our increased reliance on technology, but we don’t spend much time pondering how they work.

One of the most basic things to understand is that energy is neither created nor destroyed, but it can be stored. While a battery is a complete unit for storing this energy, different parts (specifically different terminals) have higher potential due to composition.

In this article, we quickly explain which terminal of the battery has a higher potential before digging into the science behind it. You will learn the basics of energy needed to understand how we came to this answer and the specific methods for calculating potential electrical energy overall.

To understand this better, let’s recap some energy basics such as what potential energy is, how it relates to electrons, and how it differs from electric potential.

According to the law of conservation of energy (the first law of thermodynamics), energy is neither created or destroyed, but it is converted from one form to another. The universe maintains the same level of energy, and systems hold the same amount unless more is transferred from another source.

We can break this down into two basic types of energy: potential energy and kinetic energy. The chemical cell of a battery contains the same net amount of energy, but this article will focus on the difference between the two and how to determine the potential.

Kinetic energy refers to the energy that is in motion, either due to the movement of the object itself or the particles that it contains. This relates to other environmental factors, as well as speed, velocity, and mass. It can be transferred from one object to another.

Potential energy is the stored energy of an object related to details such as its position or composition. Potential energy depends on factors such as height, distance, and mass, and it does not transfer to other objects.

The bowling ball will also have a higher potential energy than a feather at the same height, because the mass of the objects is different.

To better understand the potential of a battery terminal, you need to convert this thinking to electrical potential.

Potential Energy of an Electron

Everything is made up of atoms that provide power that transfers kinetic energy. These atoms have a nucleus in which electrons orbit, meaning the electrons are always in motion.

In order to have a proper current flow, batteries must have different measures of electric potential at different positions. This allows electrons to flow properly through the electric circuit and convert potential energy into kinetic energy for powering devices.

Electric potential depends entirely on location within an electric field and how much work it would take for a test charge to reach that location. Because the test charge will always work harder to reach the positive location, the potential is highest there.

How the Terminals of the Battery Relate to Potential

The terminals of your battery exist within the same electric field, but they have different compositions and charges that affect both potential energy and electrical potential.

This means little on an individual basis, but it creates the groundwork for the battery to create a proper current flow to power your devices.

Two electrodes, known as the cathode and anode, connect to different terminals. They take up the most space in the battery, and this is where most of the chemical reactions occur to convert the electrical potential energy of the unit into kinetic energy.

These electrodes must be separated to allow them to store potential energy. If they were in contact, electrons would transfer freely between the two and there would be no way to harness the electricity.

The cycle continues, and the potential energy of the unit is converted to electric energy.

The cathode, or the positive terminal, has higher potential in relation to the anode. This is because, when comparing it to the anode in the electric field, a test charge would need to work harder to get to the cathode than the anode.

Back to the gravity example:

If you hold an object in the air and let it fall to the ground, the gravitational pull of Earth would pull on it to help draw it to a certain point. Similarly, the positive charge of the cathode has a greater pull on an electron to draw it in. 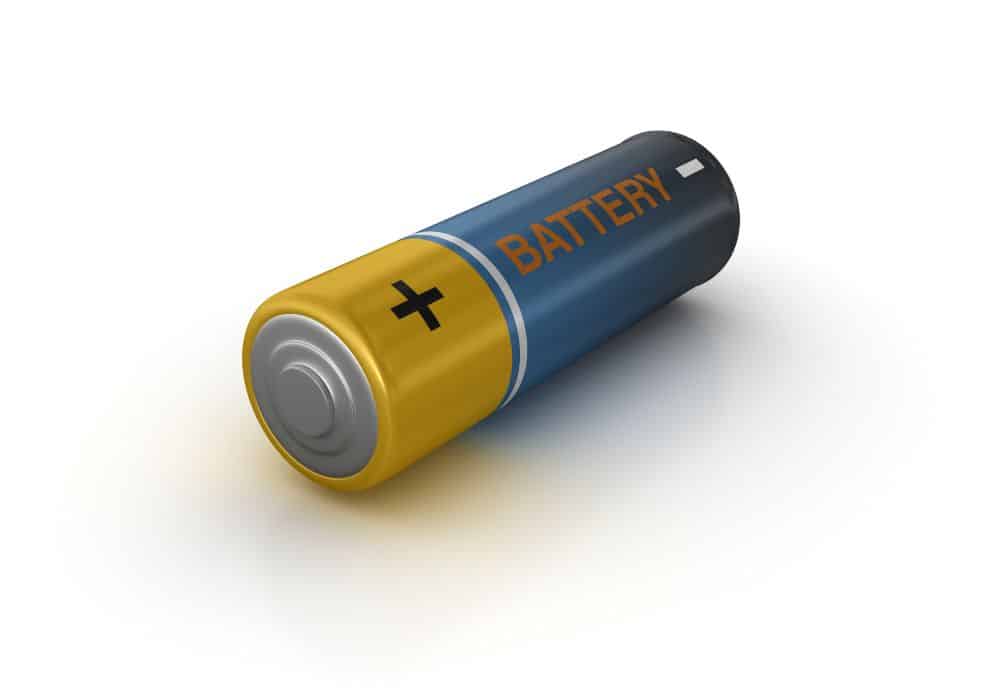 The negative terminal, the anode, has a lower potential.

In the past, scientists believed that a proton (atom with a positive charge) was the one that flowed from the point of greater number to the point where the charge was lower. If we applied this thinking to modern definitions, this would give the negative terminal more potential.

Since the development of the modern atomic theory, we believe that electrons (negatively charged particles) are the ones that flow through this way. Because of this viewpoint and the fact that the negative terminal has a lower concentration of charges, it has the lower potential.

Converting Electrical Potential into Kinetic Energy in a Battery

All of these fancy terms, theories, and general facts explain how atoms move in the battery and how terminal charges affect the potential, but they do little to explain how it relates to the energy of the battery that we get to experience.

In short, all this information affects the electric potential difference of the battery, which is communicated to us in volts. Batteries with a greater charge or with charges that must do work have a higher voltage.

To unlock this potential energy, electrons must actually flow through the battery and certain reactions must take place.

There are two reactions that occur in a battery once you complete the circuit. If these two reactions happened at the same time without a separator, electrons would simply flow freely in the device without lending any of the expected power.

Instead, we separate the anode and the cathode to isolate oxidation and reduction reactions.

These chemical reactions occur simultaneously, and it is because of them that electrons flow through the circuit.

Electrical Current and the Flow of Electrons

We now understand that electricity is the flow of electrons through a conductor.

In a solid, such as the metals used for battery terminals connected by a wire, these electrons flow from one positively charged atom to the next. In a solution, such as the electrolyte of the battery, it is ions that carry the electrons.

It is only after these reactions occur and electrons can move in this current that we can unlock the potential energy of the battery.

The definition of potential is conventional, and we could have easily flipped it for an entirely different answer. Instead, we understand that a positive charge relates to high potential, and you can now apply that to situations beyond battery terminals.

Comment with any other questions you have about energy, electricity, or batteries!