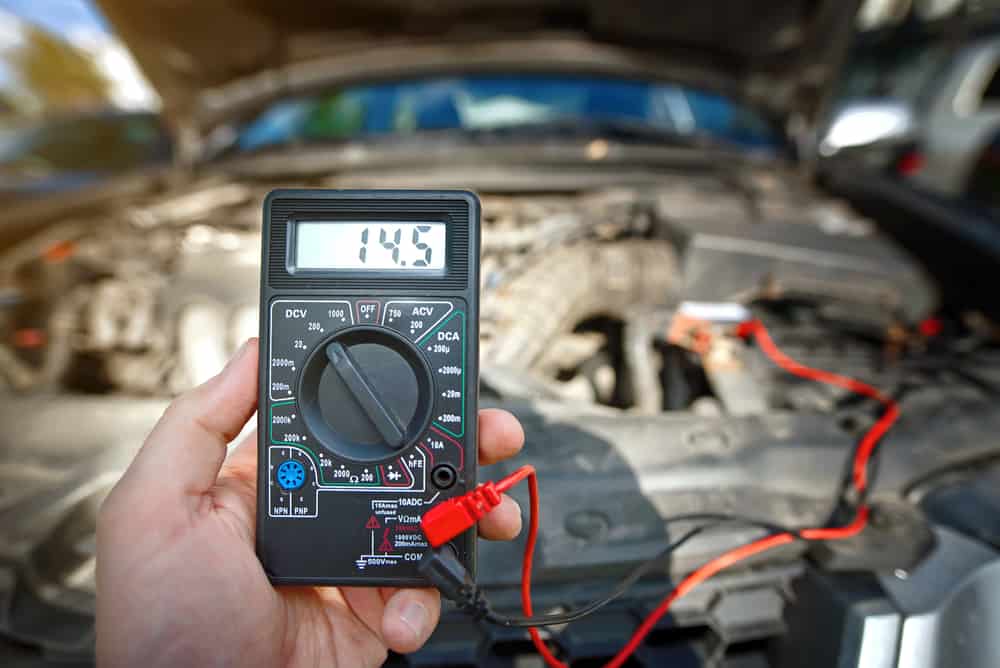 Your battery is one of the most important parts of any car. Often called “the heart” of any vehicle, its importance has arguably risen even more over the years with electric and hybrid vehicles growing in popularity. This only makes it all the more important that you keep your car’s battery in excellent condition, however, as even the smallest problem with it can be critical.

For example, the question of why is my battery gauge reading high can seem innocuous at first glance but overly high car battery voltage can actually spell a lot of problems for your vehicle if you don’t address it as soon as possible. So, here’s what high voltage means for your car battery and what to do about it.

What is considered “high” for a battery?

First things first – what even is “high” for a cat battery? That depends on the battery but the standard car battery today is 12 volts and is made out of six battery cells that are 2.1 volts each. So, such a battery is at full capacity when it’s at 12.6 volts (not exactly 12).

This means that your car’s battery isn’t supposed to go over 12.7 volts and is typically expected to stay between 12.4 and 12.6. Anything above that – and especially above 12.9 volts – is too high and means you have a problem.

Do note that an exception to that would be a situation in which the battery is still running or has been running up until recently. If the car is running – i.e. the engine is turned on – the battery should jump to somewhere between 13.7 to 14.7 volts – that’s normal. 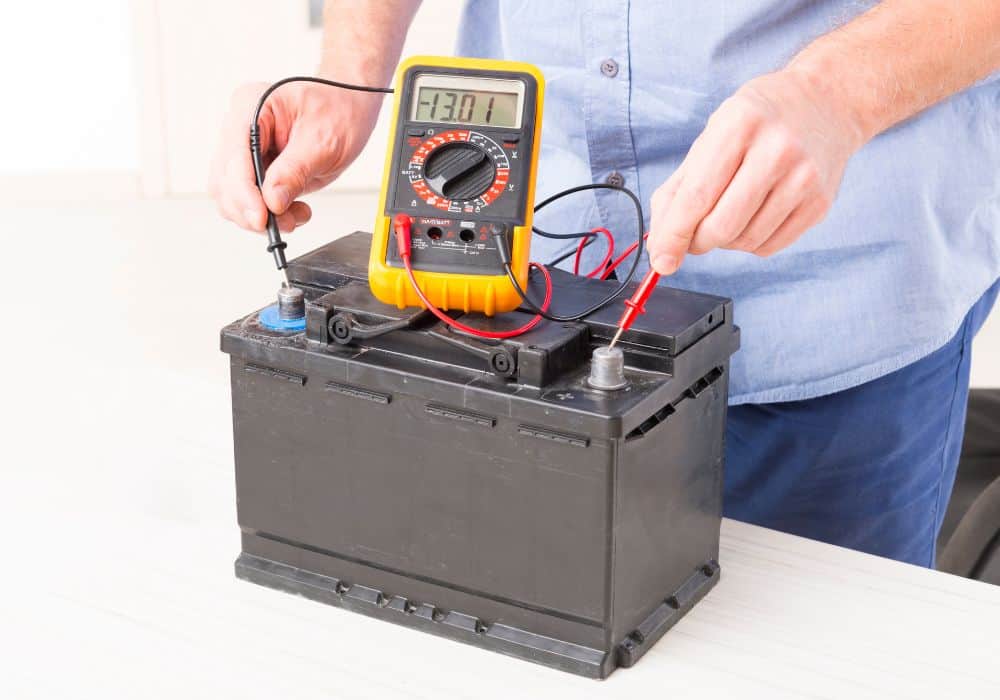 Sometimes, it’s possible for it to be quite a bit lower. But if you see it drop anywhere close to or below 10 volts, the battery is about to die soon.

Likewise, if the car isn’t running but has been running for the past 12 hours, the reading will still be inaccurate. That’s why it’s advisable to wait at least 12 hours since you’ve last used your car before you reach for the voltmeter.

Why is my battery gauge reading high?

And, again, all those numbers apply to a standard 12-volt car battery – if your battery is of a different voltage, the numbers would be different. Still, the principle is always the same – your battery shouldn’t go even a little over its full capacity voltage. If it does – and if you’ve measured it correctly with the voltmeter, the issue likely is one of the following:

The manner in which your alternator is faulty can vary a lot and with it – the symptoms. Most commonly, however, you’ll start seeing issues with the electrical system of the car such as the turning signals blinking at the wrong speed, the high beams being dim, the car not being able to stay on, or even hearing a growling sound coming from under the hood, and so on.

Having a loose connector can also easily disrupt the flow of electricity in your car’s system. This can result in your battery being either improperly charged or improperly discharged – either way, you’ll notice issues with your voltmeter. Before that, you should also see your car’s lights going dim and you’ll also face issues getting your car to start up in the first place.

The connectors that’d most commonly give you problems are the ones going to the alternator, the starter, or the battery. As you can imagine, this can make diagnosing the exact cause of the problem difficult as the issue can just as easily be in any of these other three parts too as well as in their connectors.

3. Problems with the starter

The car starter is another place problems can easily arise at. If the issue is there you’ll experience the same trouble starting as with a problematic connector – the starter just won’t have enough power going through it to produce a spark and get your car rolling.

Typically, most experts recommend replacing your starter the moment you see any issues starting your car or even just if you see some wear and tear on the starter. This is a fairly easy part of your car’s electrical system to replace and if it starts getting damaged, it can affect many other parts of the whole system. 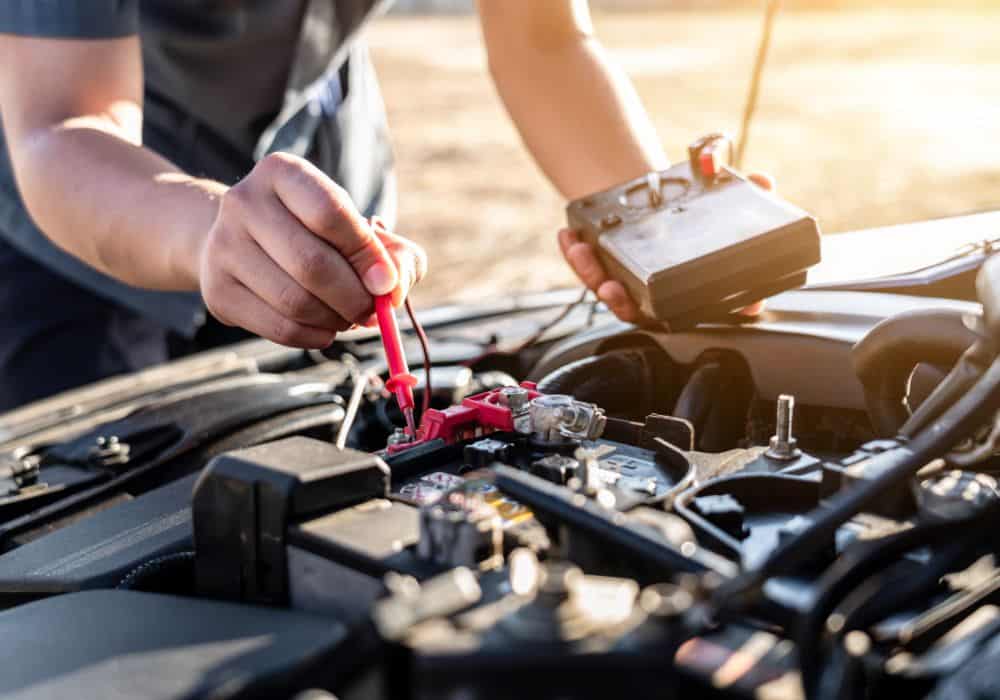 Unfortunately, often the problem is just in the battery itself. When that’s the case, there is usually very little chance of repairing the battery, especially if you try to do it by yourself. Adding battery liquid can sometimes be enough but not often. Overall, if the issue is not in the starter, connectors, or alternator, we recommend going straight to a good mechanic.

How to check your battery accurately with a voltmeter?

As we mentioned above, often the problem isn’t in the car but in how you measured the battery’s voltage. Here’s a quick step-by-step:

If you’ve done things properly – and especially if you’ve waited ~12 hours after last using the car – the reading should be accurate.

High voltage coming from your car battery – what are the risks you’re facing?

With cars relying more and more on their electrical systems, problems with your car battery become even more consequential. So, depending on how modern your vehicle is you may be facing all sorts of different issues if you have a faulty battery or other electrical issues:

1. Your car’s computer system can start to malfunction

Your car battery affects your car’s whole electrical system – from your car dashboard to your tail lights and more. So, you can expect the most unsettling symptoms if your electrical system is experiencing problems – an improper speedometer, gas tank meter issues, randomly blinking dashboard lights, and a whole host of other issues.

Basically, any electrical problem can be traced back to the battery, and, needless to say, all those symptoms can affect the way your vehicle operates, sometimes in disastrous ways nobody can deal with.

2. You can fry your vehicle’s whole system 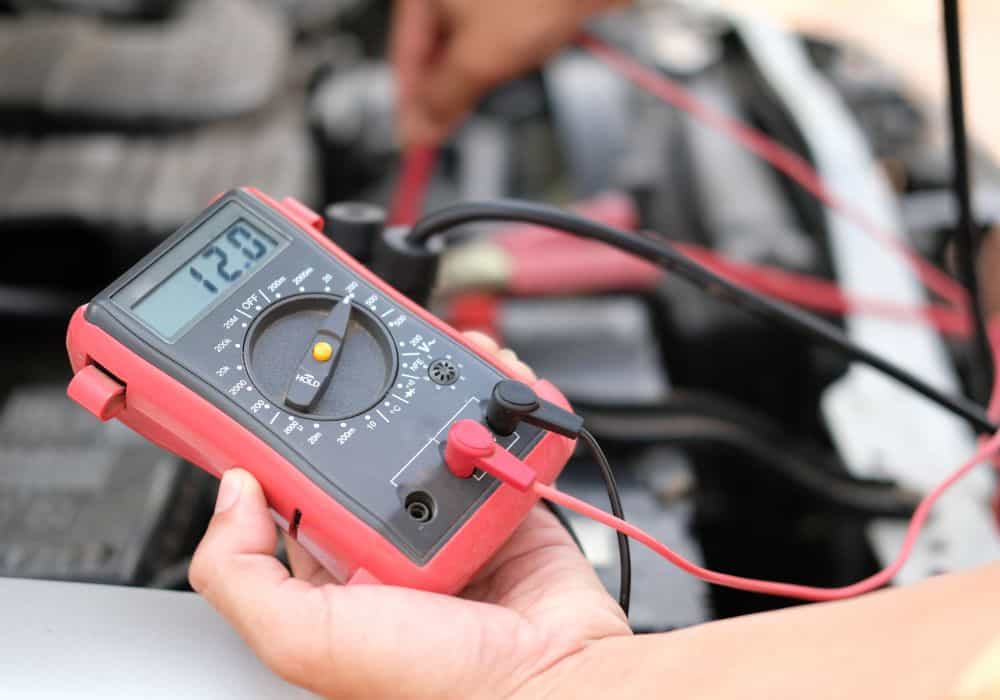 All of the above symptoms can be seen as the first signs of a larger problem in the rest of your car’s engine and system. So, if you’ve ignored the above issues in the various car parts of your vehicle, you can easily expect the overall system to start failing pretty soon.

In other words, ignoring the fact that your car’s battery is overcharged may not only affect the operation of your dashboard and tail lights, but it can also easily affect the overall life cycle of your car’s electrical system.,

3. The voltage can become dangerously high

What’s more, if any of the above issues are left unaddressed for too long, you can expect more than just some random malfunctions and occasional issues but also the risk of a critical failure if you wait too long. Car batteries exploding can seem like a rare occurrence but that’s only because people tend to take action before that.

If you have an old vehicle on your hands and/or you’re planning a long trip, going through a professional battery inspection is pretty much a must if you want to avoid a major accident.

In conclusion – why is my battery gauge reading high?

If your voltmeter is showing overly high volts when testing your car battery, the reason likely is a malfunction in either the battery itself or in some other elements such as the starter, alternator, or connector. It could also be “a false positive” if you’re not doing the testing right but, more often than not, it’s indicative of some issues in your car’s electronics, especially if you’ve noticed some other symptoms.

Needless to say, determining the exact cause of the problem and addressing it as soon as possible is imperative if you want to keep your car – and yourself – in good health for years to come!