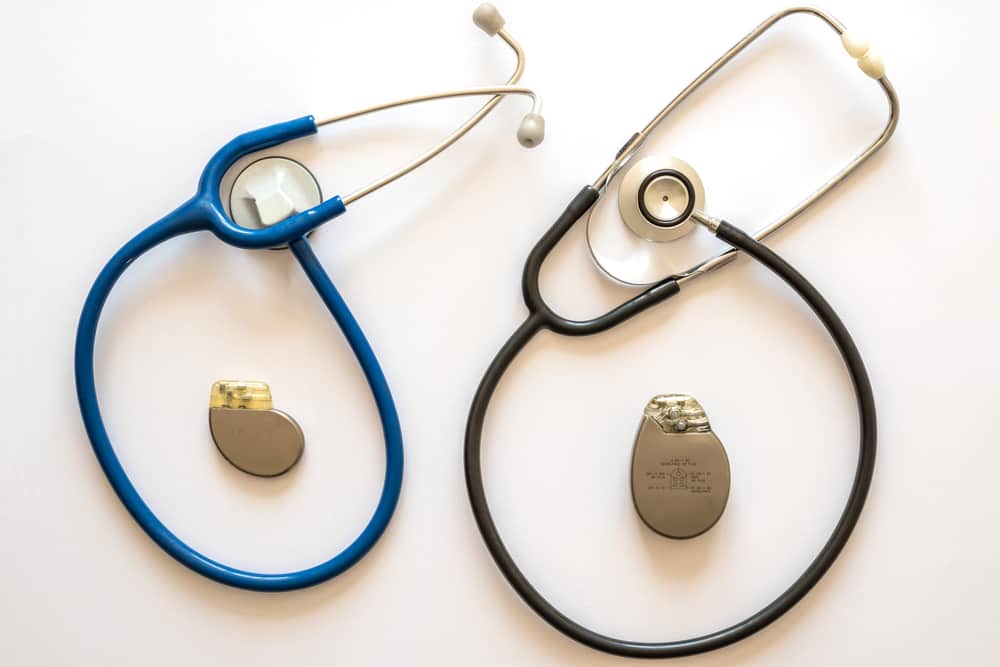 If you or someone you know has had a pacemaker fitted, you might be asking if it can run out of battery. The answer is yes, like all batteries, those in pacemakers will, at some point, wear out. So what are the options when that happens? Do you have to replace the battery and what will happen if you don’t?

In this article, we will explain how pacemakers work and what will happen if the battery runs out and a person chooses not to get a replacement battery. We will also share with you information on the process to replace a worn-out pacemaker battery.

How Does a Pacemaker Work?

Pacemakers are used for cardiac resynchronization therapy (CRT). This is a treatment that helps your heart to beat in the right rhythm. When your heart beats at an irregular beat or too slowly, you might have symptoms such as lightheadedness, fainting, or palpitations. As the pacemaker regulates your heart rate, it prevents these symptoms.

Inside the pacemaker, is an extremely sophisticated, minute computer. The pacemaker also houses the software for the computer, electronic components, and the battery. The components that make the pacemaker are inside a small metallic container. It is roughly the size of a fifty-cent coin and approximately three times the thickness.

If you need a pacemaker, it will be implanted under your skin, just below your collarbone. The mechanism also includes insulated wires that are used to connect it to the vein in the cardiac chambers. Because the veins are close to one of your lungs, there is a risk of it being punctured during the implantation process.

Once in place, the pacemaker will monitor your heart’s rhythm. If the computer inside the pacemaker senses that your heart rate is slow or erratic, it will send electrical impulses to your heart through the leads to either regulate the beating rate or stimulate your heart to beat at a faster rate.

How is The Battery Monitored?

When you have a pacemaker implant, you will have regular appointments with your healthcare provider to monitor the battery. Phone transmitters and the internet allow your doctor to monitor the device remotely. This way, the healthcare professional can detect a low-running battery long before it runs out.

This will give you time to discuss any potential concerns about a device replacement with your physician. It also gives your doctor time to schedule a replacement operation before the battery life runs out. 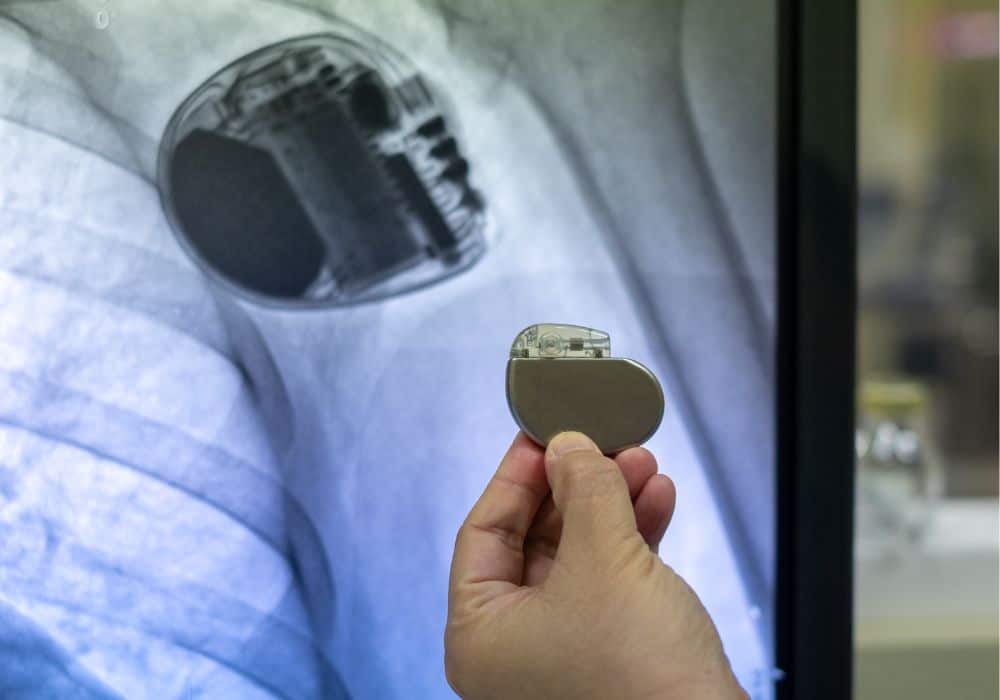 What Are The Signs The Battery is Running Out?

What Happens When The Battery Needs Replacing?

When your battery needs to be replaced, it means replacing the whole unit in surgery. The replacement surgery is likely to be less complex than the surgery when the pacemaker was first installed. During the surgery, a surgeon will remove the old metal box housing the battery, the computer, and the electrical circuits.

If the old leads are good, they are left in place and the surgeon disconnects the generator from the leads before attaching them to a new generator. In most replacement surgeries, there is no need to enter the chest cavity. However, if the leads need replacing, then it will be a more complex operation.

As long as the leads can be left in place, the replacement can be done using a small incision under local anesthesia. The whole process takes around two hours and is done as an outpatient procedure.

The recovery time before the wound has healed and you can go back to your normal activities is around one week and you should be fully recovered within a month.

Can You Choose Not to Have a Replacement?

Things to Consider Before You Decide

If you choose not to replace the pacemaker battery, you need to consider the implications. In most cases, you will not die if you do not replace the battery. However, it is likely to increase your discomfort because the symptoms associated with your condition are likely to return.

When your pacemaker stops working, you may experience symptoms such as shortness of breath, fatigue, nausea, and anxiety among other things. But, unless you are completely dependent on the pacemaker, not having a new battery is not likely to bring on heart failure, cardiac arrest, or sudden death.

Discuss it With Your Doctor

If you are considering not having a battery replacement, you need to discuss this with health professionals such as your own doctor or a cardiologist. Your doctor is likely to ask the reason for your decision. They may also want to explore ways to address your concerns about having a new battery fitted. 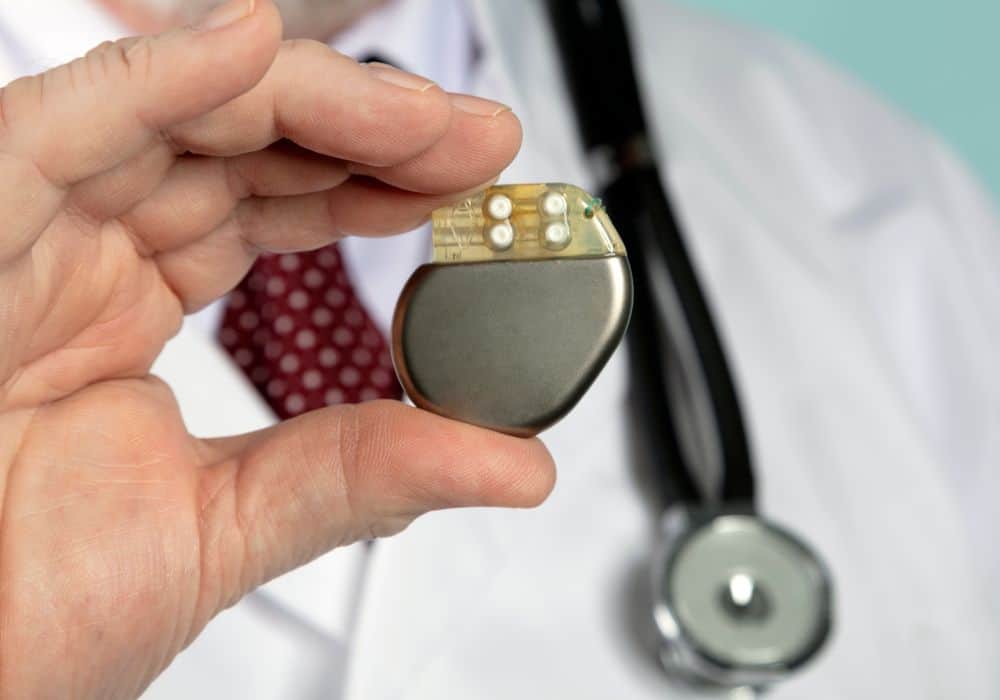 Can Pacemaker Batteries be Recharged?

When pacemakers were first used in the late 1950s, the batteries were made of rechargeable nickel-cadmium. The problem with these rechargeable batteries was that they had to be recharged every few days and the process took several hours. The other issue was that the patients would not always follow the rigorous recharging schedule.

The nickel-cadmium batteries were replaced by mercury-zinc batteries that lasted up to two years. These were followed by lithium-iodide batteries with a battery life of five to ten years.

This has reduced the need for rechargeable pacemakers. Rechargeable batteries are reconsidered now and then, but so far the disadvantages have outweighed the advantages.

Are there other Reasons Why Pacemakers Stop Working?

Pacemakers can also fail because of electromagnetic interference caused by power generators or powerful magnets. Its function will not be affected by devices you have in your home such as microwaves or cell phones. When you get a pacemaker installed, your doctor should explain this to you in detail.

Finally, the leads connecting the pacemaker to the cardiac chambers can break or disconnect. When this happens, there will be impaired communication between the pulse generator and the electrodes and you will need surgery to replace the leads.

Is There a Difference Between a Pacemaker And a Defibrillator?

Yes, there is a difference between the two devices and they are used to address different issues with the heart. While a pacemaker is used to sustain a regular rhythm, a defibrillator allows the heart to get out of a potentially life-threatening abnormal rhythm such as ventricular tachycardia or ventricular fibrillation.

When a defibrillator senses a potentially dangerous change in your heart’s rhythm or your heart stops, it will send a powerful shock to the heart. This shock will correct the rate your heart is beating or, if your heart has stopped, will jolt it back to beating.

People who are in palliative care and have a defibrillator will usually be asked if they wish to turn it off. If it is left on, it will keep sending shocks to the heart. This can be painful for both the patient and the people witnessing it. 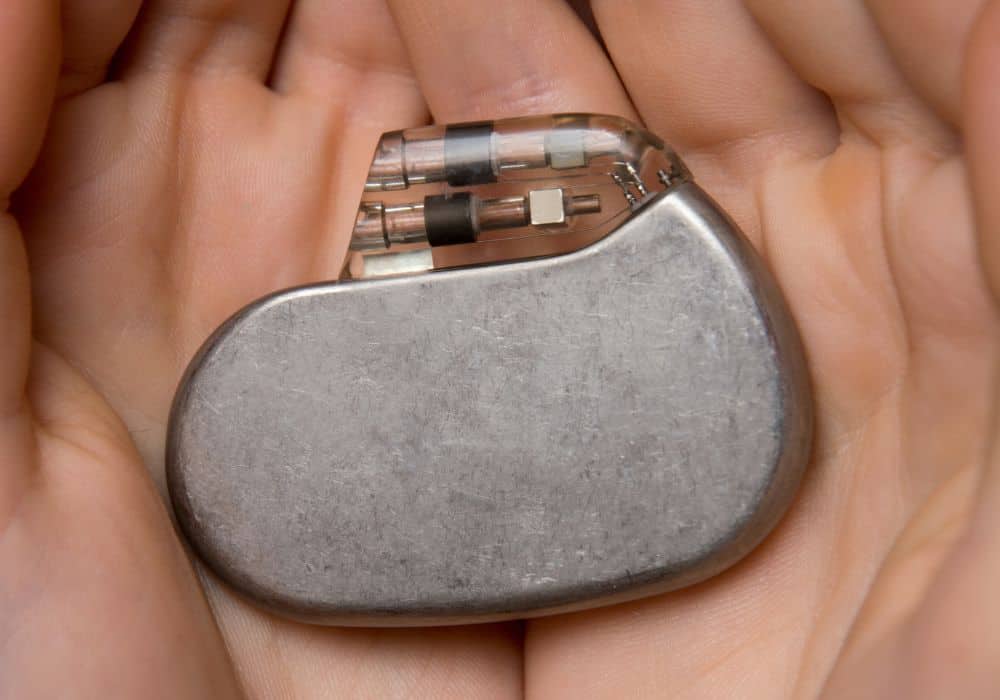 Pacemakers are small sophisticated devices implanted just under the skin and connected to the blood circulation in the heart to regulate its beat. They send an electric pulse to the heart to support a steady rhythm. A pacemaker with an old battery will not support your heart and will require replacing through a simple operation.

If you or a person you know has a pacemaker that needs a replacement battery and is considering not changing it, you have the right to say no. However, you need to speak to your medical adviser about the decision and how your life and health could be affected if you choose not to replace the battery.

If you have any further questions on pacemaker replacements, you can write them in the comments section. You can also reach out to organizations such as the Heart Rhythm Society or the American Heart Association for further advice.