Skip to content
UniEnergy Technologies » Why And How To Add A Second Battery To A Car? 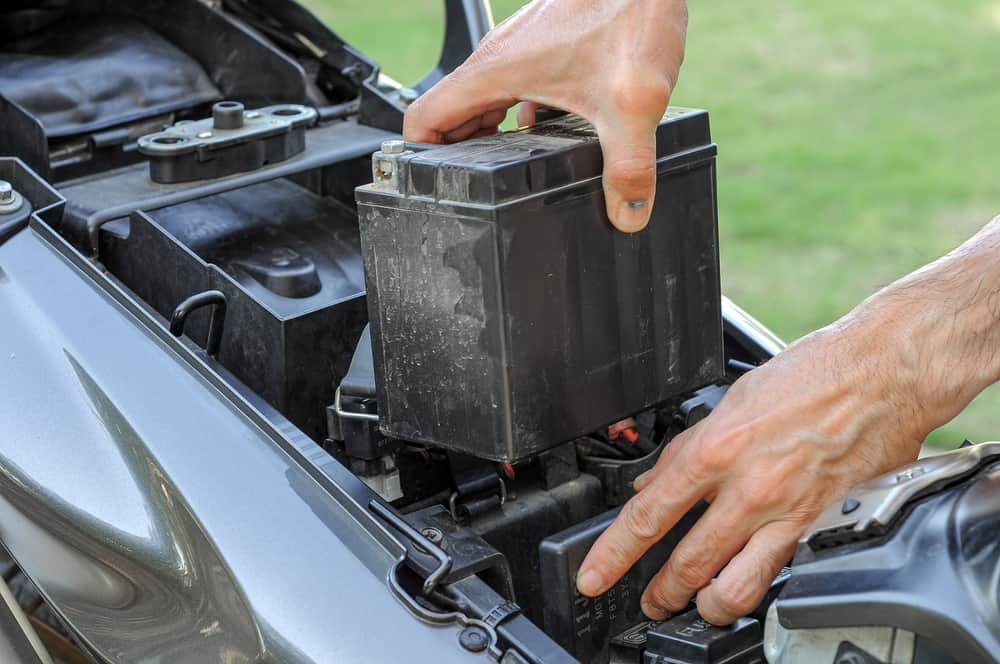 If you’ve recently started to think that your car, truck, or camper can do with more than just its starting battery, you may be contemplating the installation of an auxiliary to add some extra voltage, amps, or capacity to your vehicle’s electrical system.

Is a dual battery setup really the right choice for you, however, or do you just need a new primary battery? Aren’t there some inherent risks or dangers when adding accessories such as auxiliary batteries to your engine compartment? And if it is a good idea, how should you go about it, exactly? Let’s go over why and how to add a second battery to a car below.

Why do you need a second battery in your vehicle?

There are good reasons to go for a dual battery system and there are bad reasons. Let’s start with the former before we move on to the latter.

Since there are two ways to hook up a second battery to your original battery – parallel for extra capacity or in series for extra voltage – this means there are two main groups of reasons for going dual battery:

In other words, going for a dual battery setup is especially great if you have a truck or for campers but can be a great idea for smaller vehicles too. For example, if you want to do more camping with your vehicle, hooking up a second battery and an inverter is a great idea. Even if you just want to install a better audio system in your car, going for a second battery can be smart.

If the audio system requires more power, you’d want to hook your two batteries in series. On the other hand, if you want to be able to use your audio system when your car is not moving, going for the extra power in parallel is the way to go.

When NOT to add a second battery to a car?

A big mistake a lot of car owners make is installing a second battery when they notice that their primary battery has gotten weak. While this can seem like an enticing idea, if your main car battery isn’t holding enough charge, you have a problem that you need to fix before you go on and add a second battery – you can do that later if you want, but first fix the issue that’s making your main battery weak.

If you want to do some check-ups yourself before you go to the car service, you can do some basic tests with a test light or an ammeter. This can help you potentially find a parasitic drain on your electrical system which would explain why your battery keeps dying for no apparent reason.

More than likely, you will need to get a replacement for your main battery if it’s not holding charge. There could be other problems in or around the electrical system, however, so it’s best to do a thorough inspection to be sure everything is in order before you go ahead and simply add a second battery.

How to add a second battery to a car safely?

There are several ways to go about installing a second battery in your vehicle but the first step is always the same – find the right location for it.

Some vehicles have a designated space for a potential second battery even if they don’t come with it right away. If your car’s engine compartment is pretty packed, however, and there is no clear and obvious place for a second battery, you are going to have to find a good spot for a battery box.

A battery box can be placed in many places, but usually goes in the trunk if there is no place in the engine compartment near the prime battery. The battery box can even be placed inside the passenger compartment if there is enough space and it’s safe. Wherever you put it, the place should be perfectly safe for the battery and for everyone in the car. Ideally, it will be close to the amplifier too.

So, once that’s sorted, what’s the next step? That depends on exactly how you want to hook up the second battery and what you are going to use it for.

Hooking batteries in parallel is fairly simple in principle but it needs to be done right. Essentially, the negative terminals of both batteries will need to be connected to the ground and the two positive terminals should either be connected to each other, to an in-line fuse, or to a battery isolator if you want to avoid unnecessary battery drainage.

To install an isolator, just connect the two positive terminals of the batteries to the isolator between them, and then ground the isolator itself to a safe grounding location like the car frame. This is a good idea in almost every case as the isolator will make sure that the two batteries are isolated from each other when you need them to be, and connected – when you want them to share power.

Usually, an isolator means that you want the batteries separated when you’re parked and connected when you’re driving. When parked – you want to draw power only from the deep cycle battery. As for the battery cables you’d use, it’s generally recommended to go with the thickest gauge that would be suitable for your vehicle and setup.

The goal of parallel battery wiring is to share the capacity of the two batteries. This way, the risk of your battery suddenly going dry in the middle of your camping trip is significantly reduced but the voltage output is the same as that of the main battery – basically, the second battery acts as a power supply for the first one.

b). In series wiring for increased battery voltage

The other main way to go about this is to wire your two batteries in series. This means connecting the negative terminal of your primary battery with the positive terminal of the auxiliary battery and vice versa. Doing this won’t double your car battery capacity – so be careful on long camping trips – but will double its voltage output, usually from 12V to 24V.

Some experts don’t recommend that type of wiring as it’s generally seen as less useful than parallel wiring – having double the battery capacity will save you from suddenly being stranded in the wilderness whereas having double voltage allows you to just plug in a couple of extra electronics while on the road. Still if the latter is what you need and you’re not worried about the former – go for it.

Does the type of batteries matter? 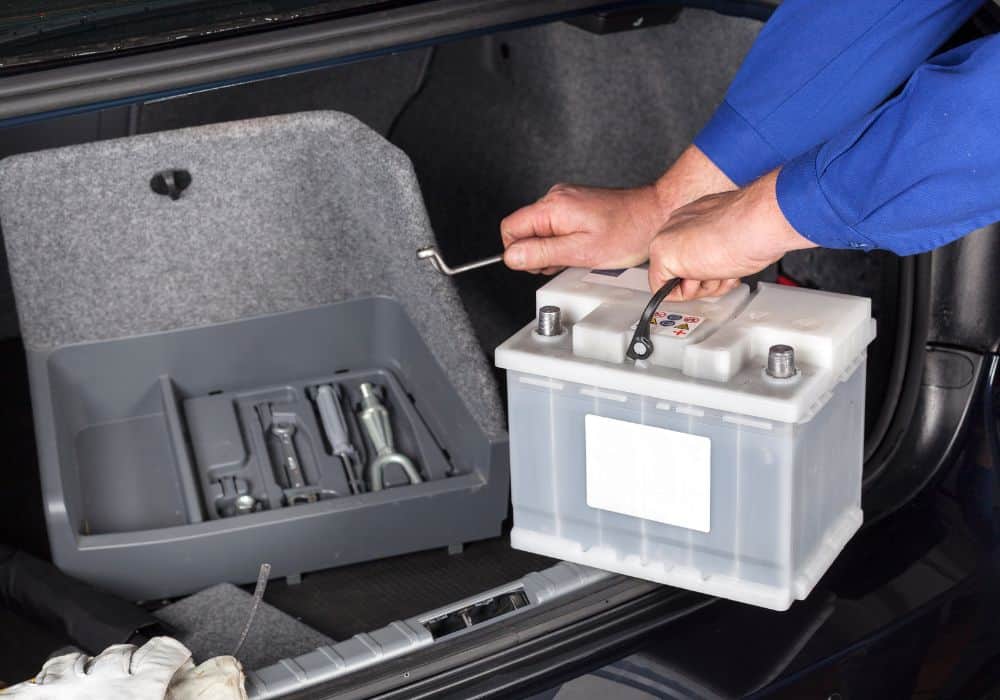 It’s also worth noting that when parallel wiring two car batteries, it’s strongly recommended that both of them are “matching”. In other words, that they both have identical parameters and are of great quality.

So, if your initial plan was to buy a new high-performing battery to add to your vehicle’s old and struggling battery, that’s not a good idea. It’s best to first update your main battery and then get a second one of the same type – at a later date if you have to.

This last part can seem like a basic run-of-the-mill advice but remember that car batteries do in fact malfunction and even explode from time to time. Plus, if you want your car’s alternator to efficiently recharge both batteries at the same time, it’s important that they match.

In conclusion – how to add a second battery to a car?

Overall, as long as you manage to install the second battery properly by connecting the right terminals with the main battery – either for extra voltage or for extra capacity – using a battery isolator when needed, and so on, everything should be fine. The more important part, however, is making sure that there are no other problems you might have missed.

If the reason you want to add a secondary battery to your starter battery is that your older one couldn’t handle the load it used to, then you might need to look into fixing the problem first before you try changing system to a dual battery rather than a single battery.

Once you’ve located and fixed the issue, move to a dual battery system if you want – it’s literally as simple as just hooking the battery cables either parallel for extra capacity or in series for extra voltage.