Skip to content
UniEnergy Technologies » Ring Wired vs Battery Doorbell: Which is Better? 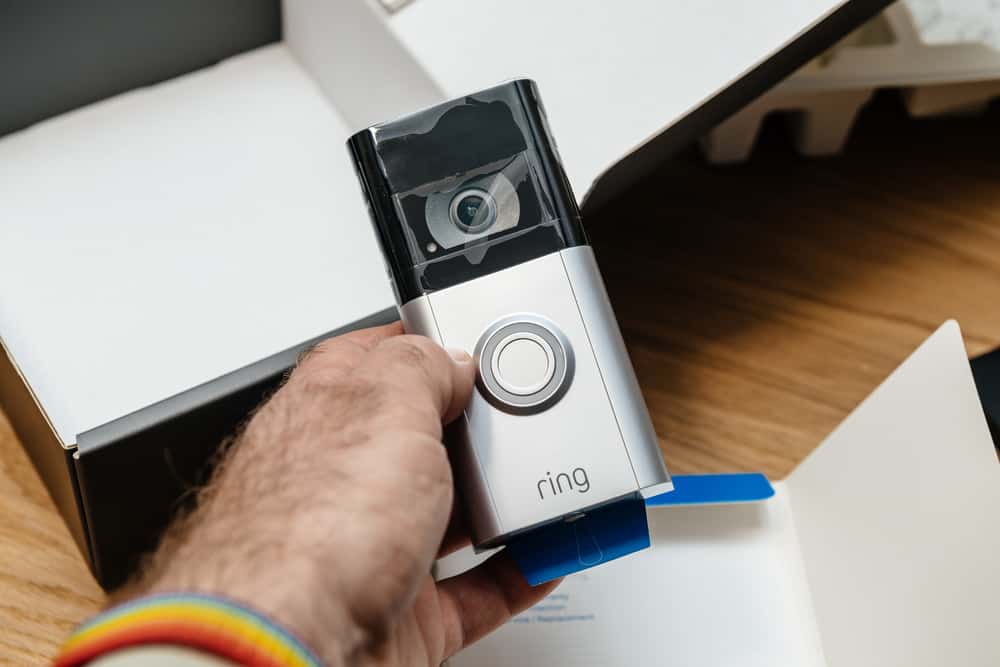 Ring doorbells have become immensely popular in recent years, and for a good reason. They offer households extra security and allow you to interact remotely with whoever may be at your door.

While they are a great invention, there is one big question when it comes to which one you should get. You need to know the answer to a Ring wired vs battery doorbell. Each option has its pros and cons, and we’ll run through them so you can decide which is best for you.

A wired doorbell is powered by wires connecting to the doorbell’s transformer, or a plug-in adapter. If you have an old wired doorbell then you’ll most likely already have a transformer close to your front door. If not, then you can use an adapter plugged into a standard outlet.

When it comes to the pros and cons of wired doorbells, the installation difficulties are the only real downside. If you already have a wired doorbell, this becomes much easier but installing a new one from scratch can be a lot of work.

If you’re happy to install one, wired Ring doorbells have a lot of advantages. As the doorbell is supplied with more power than a battery model, it can afford to run a better range of features. Let’s take a closer look at those benefits.

Benefits of a Wired Doorbell

1. You Don’t Need to Worry about Interference or Range – The hardwired system can have a vast range, as long as you have wires to support it. In addition, no signals are sent over the air, so you won’t experience any interference.

2. Can Handle a Lit Push-button – If the doorbell you have is entirely wired without any batteries to run down, it will have the power for its own lighting. However, with a battery doorbell, a lit button will drain the batteries too quickly, which makes them an impractical feature.

3. Quicker sensor – It’s an obvious point, but a wired doorbell doesn’t need to worry about being efficient with its energy use. Battery-powered doorbells use sensors that only require minimal power, but these aren’t quite as sensitive as the sensor on a wired model. With a wired Ring doorbell, you don’t need to worry about the sensor being late to capture any motion.

4. Pre-roll – On wired models, Ring doorbells also offer a feature called pre-roll. It will show you the recording for a few seconds before it detects motion, giving you more clarity and a better recording. Unfortunately, due to the need to conserve battery life, this isn’t a feature that battery Ring doorbells can afford to have.

A battery-powered doorbell works with a doorbell transmitter and chime box receiver. Radio signals are sent to the receiver when the push button is pressed. It picks up these signals and activates the buzzer.

Battery doorbells are a versatile option for many different types of homes since these operate on a battery. Also, you can place these doorbells anywhere since they’re easy to set up. Added to this, they are extremely easy to install.

1. Simple Installation – With the adhesive strip on the back of the unit, the transmitter button can be conveniently attached to the wall. The indoor receiver can be connected or powered by batteries. It all means that you’ll have your new Ring doorbell up and running within seconds.

2. The Range is Adequate for Most Homes – The range of these kinds of doorbells has greatly improved. The signal range can vary from 150ft up to 1000ft, so even though they can be less reliable than wired doorbells, their range is more than good enough for almost all households.

3. Extenders are Available – Extenders (additional receivers) are available to relay the doorbell signal for a larger property. Portable receivers are also available, which are useful when working in the backyard or garage. This negates any potential downside when compared to a wired model.

4. Cheaper Premium Models – Ring offers a variety of wired and battery doorbells, but premium battery-powered options are cheaper than premium wired options. While this is a benefit for the battery option, the reason is that wired doorbells often have a better range of features.

While the higher-end battery models are cheaper than the most expensive wired versions, Ring does offer a cheap wired model.

5. Flexibility – With wired doorbells, you are more limited on where they can be placed. They need to be close to a transformer or outlet unless you want to run a huge amount of cable. With battery models, you can place them anywhere you want, such as a shed door.

Let’s compare wired vs. battery ring doorbells to see which provides the most benefits and efficiency.

When it comes to security, wired doorbells are going to be the go-to choice for a few different reasons. One of those is the more stable connection that you can get, there is also the potential that a criminal can block the signal of a battery device.

While that’s unlikely, it is possible. With a wired Ring doorbell, it is also more secure, and there is less chance of it being stolen. While battery-powered options will provide a good level of security, they aren’t going to be the best option here.

With its current line of models, the cheapest and most expensive Ring doorbells are both wired versions. Between these two options is their range of battery doorbells.

Due to this, it’s hard to say that one is cheaper than the other. It depends on the features you’re looking for and the video quality you need. If you’re looking for the cheapest option, then the Video Doorbell Wired is the one for you.

As we’ve mentioned, this is an area where battery Ring doorbells win comfortably over their counterparts. You’ll have your battery doorbell set up and connected to your smartphone in less than 30 minutes, usually less.

With a wired version, not only may you need to drill holes for the wires, but you’ll also need to run those wires to the nearest outlet or transformer. However, if you have an existing traditional wired doorbell, this will make the job much easier.

There is a reason that Ring doorbells have become so popular over the last few years. They provide an easy and convenient way to protect and manage your home and are also highly reliable.

While wired versions usually have a slightly better range of features, both are devices in which you can have a lot of confidence. Whatever model you choose will provide good value for money and won’t let you down.

Compatibility is the same for both devices. They easily connect to both Android and iOS devices. You’ll find the app very easy to use, and everything can be controlled from your phone. This smartphone connectivity is one of the most appealing aspects of a Ring doorbell, and you’ll enjoy this with either version.

Wired doorbells perform slightly better in every category. For example, wired versions have LED lights that improve night vision quality. In addition, the sensors, video timing, and motion detection are all usually better on wired models. That being said, battery Ring doorbells are still excellent and will give you the security and convenience you’re looking for.

Once you have them set up, there is only one clear winner here, which is wired Ring doorbells. This is the way to go if you want the best range of features with the highest video quality. In addition, being wired means they have the power required to run extra specs such as LED lights, pre-roll video, and more sensitive motion capture.

However, there are some great reasons to get a battery Ring doorbell. For example, you may live in a rented property and aren’t allowed to install a wired version. It could also be that you like to move your Ring doorbell around to different locations, such as if you live at more than one property.

Whichever version you get, you’re going to be happy with it. While wired doorbells are almost always better, there isn’t a huge difference between them in terms of quality.

Overall, both wired and battery ring doorbells are great. And depending on your needs and preferences, you’ll need to determine if you prefer a wired or battery Ring doorbell for your home.

If you’re happy to go through the hassle of installing a wired Ring doorbell, we recommend that option. However, if you either can’t or don’t want to install a wired doorbell, you’ll be more than happy with a battery Ring doorbell, as they still give you that security you’re looking for.

All you need to do now is weigh up both options using the advice we’ve given you today and choose the best option for your situation.