Skip to content
UniEnergy Technologies » What Side Of The Battery Goes On The Spring? (Install Tips) 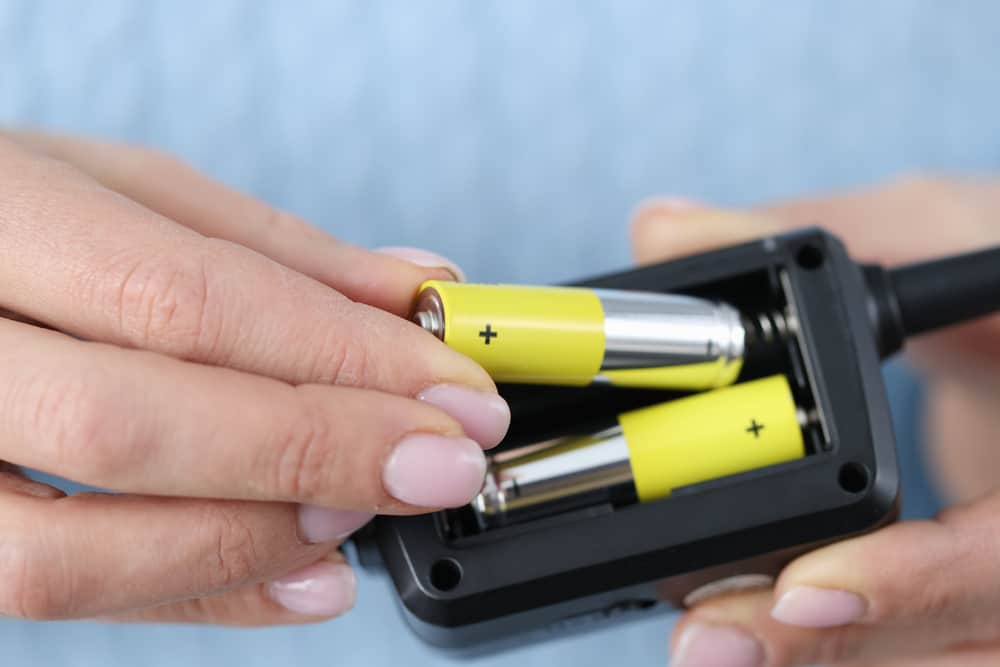 It’s crazy to think of how many different devices use batteries these days, especially when you’re talking about old-school disposable batteries. If you are new to using batteries then you may have noticed that the battery compartment has two different ends.

On one end of the compartment, you’ll see a spring. On the other, you’ll see a button-like protrusion. If you’re holding a battery in your hand, you might be curious about which end of the battery goes where. This guide will help you learn how to use batteries correctly.

Before we begin, let’s have a quick talk about battery types

It’s important to remember there are many, many different types of batteries on the market. For the sake of this article, we are going to talk about the common cylindrical types of batteries that you may find in toys or small appliances.

If you have batteries that aren’t round-type, then your best bet is to look at the battery markings and container markings. All standard batteries will have a pair of + and – symbols. Match the end with the symbol and you should be good to go.

What end of the battery goes on the spring?

If you have a hard time seeing the fine print on the battery ends, don’t panic. You can also look at the battery’s build. The negative side of your battery terminal will be flat, and that is the part that should go on the spring.

The positive end of round-type batteries will have a little nub on the center of the battery. This side needs to go on the flat end of the battery terminal.

Why do negative battery terminals have springs?

When you’re replacing batteries in toys, you might have been wondering why your batteries have a spring at one end of the terminal. Believe it or not, there is are a couple of reasons why springs are used for negative battery terminals.

Which part of the battery should go in first?

Battery holders are also designed to accept batteries in both ways, but most people agree that putting the battery’s negative terminal in the compartment first is easier. Once you put the negative end of the battery, it’s easy to simply push the positive end into place.

In most cases, putting in the positive side of the battery first will not harm your device or cause problems. However, it’s not as easy and it may end up causing a mild shock to your fingers if you’re not careful.

Why do battery positions alternate?

You may have noticed that battery positions tend to alternate in battery compartments. Did you ever wonder why this is? It’s all about engineering, too.

This layout allows your device to get power to its circuitry faster, without the use of excessive cables. Having alternating battery positions decreases the price of materials and also lowers the need for heavy cable management.

In other words? Having battery compartments that alternate orientations make your device cheaper to make and slightly more durable. And, if you repair your device, the layout will make things easier for you.

Important tips for adding batteries to a compartment 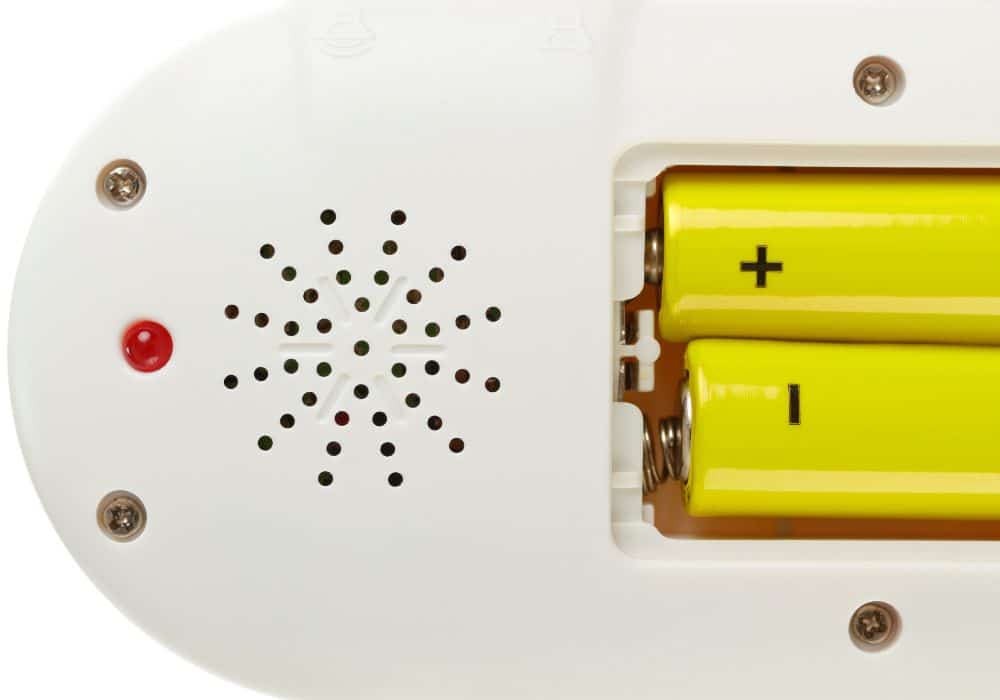 It may seem like a small and silly part of powering on appliances, but putting in your batteries correctly can make a huge difference in your device’s ability to function. It can even prevent the destruction of your device. Use these tips to maximize your outcome:

What happens if you put batteries in the wrong way? 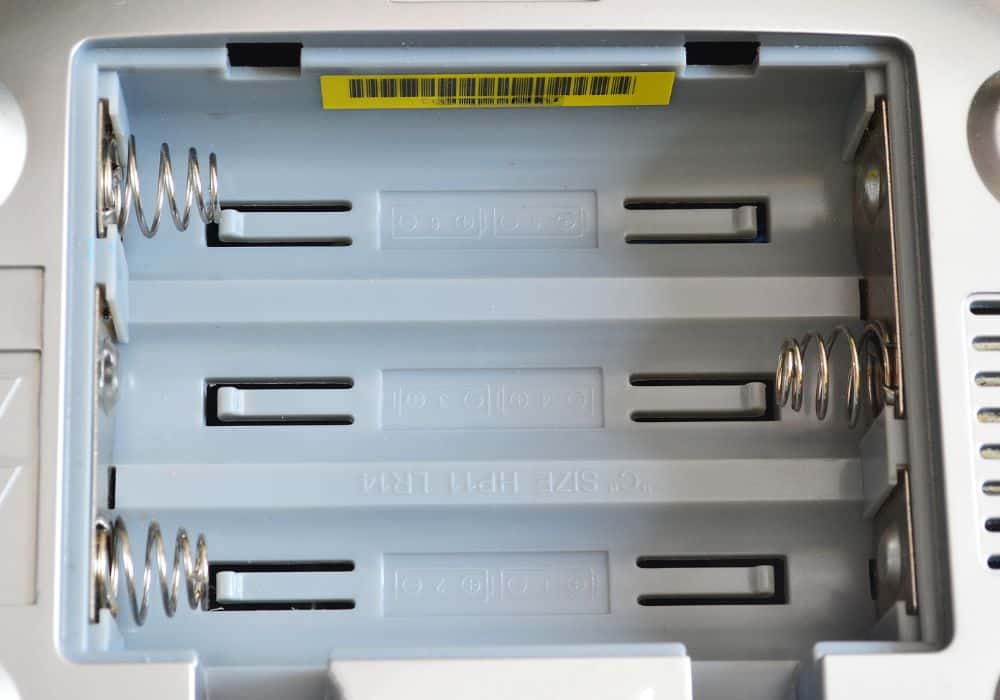 If you put in batteries the wrong way, nothing will usually happen. As in, your device will not start sparking up, but it also won’t power on. Modern devices come with built-in safeguards that help keep your device stable even if the current isn’t done up properly.

However, if you keep batteries in the wrong way, your batteries will still start to drain. It’s just that your device won’t register the power that is coursing through the circuit. This means that you will probably just be out of batteries sooner than you want.

It just doesn’t make sense to put batteries in the wrong way and keep them there.

How should you dispose of batteries?

Leaky batteries are dangerous and can contain levels of lead deemed unsafe. Tempting as it may be, you shouldn’t throw them out in the garbage. This can lead to toxic materials that seep into the ground, poisoning water systems and potentially hurting wildlife.

The best thing you can do is drop them off at an electronics recycling station in a store, or search up your local battery disposal protocols. Most counties will have a website that offers up information on where to dispose of your batteries in a safe way.

It’s worth noting that many communities now impose fines for improperly disposing of batteries, especially larger ones like car batteries. If you want to avoid fines, check out your state and local laws.

Regardless of whether you have a AAA battery or a large D-cell, you need to put the negative end of the battery on the spring side. That’s just the standard way of doing things, and thankfully, it’s easy to tell which side is which. That’s all by design!

If you’re not using round-type batteries, then you may need to search for the “+” or “-” symbols to figure out which end goes where. Even so, with a little care, adding batteries to your device shouldn’t be too hard. As long as you maintain them well, your devices will be totally fine.