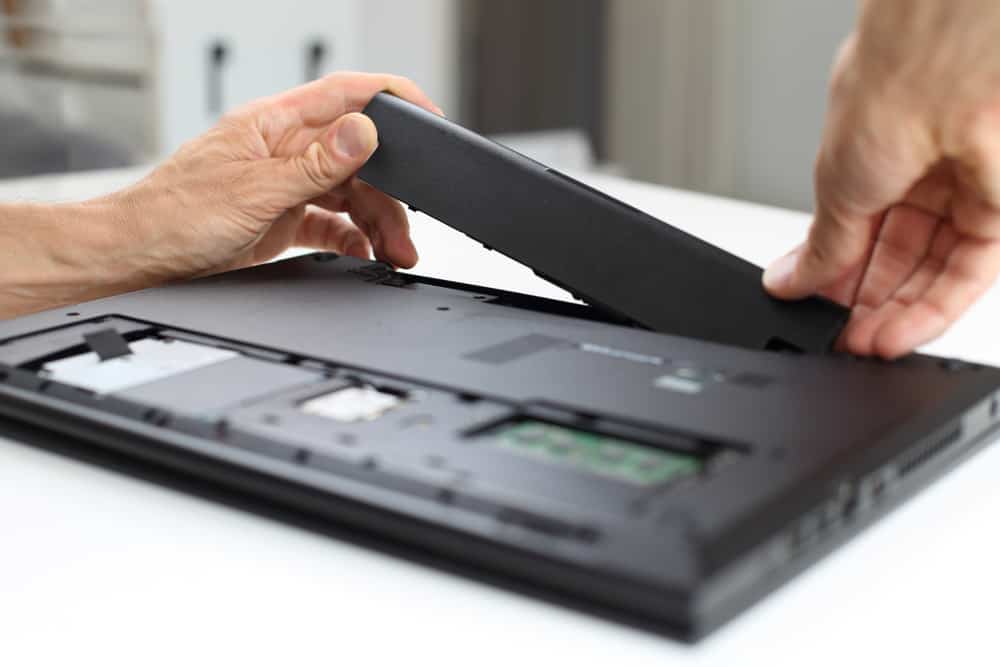 Is your Acer battery not charging even though it looks like it’s connected and everything is in order? As annoying and often very ill-timed as that can be, there are actually quite a few easy fixes you can try before calling tech support or rushing to the repair store. Granted, that too is sometimes necessary.

So, let’s go over the 12 fixes to try if you’ve got an Acer battery not charging when it should be.

What to do with an Acer battery not charging?

When troubleshooting why your laptop’s battery isn’t charging, there are quite a few things you’d want to check. Let’s start with the simplest issues and their fixes first before we move on to the more serious problems and their more time-consuming solutions.

1. Check if the battery sits well within its compartment

A very easy problem to miss right off the bat is the battery getting slightly dislodged from its battery compartment. This is especially common in older laptops that may have started getting their casing a bit busted. It’s also very common if you’ve just been moving your laptop around, traveling with it, etc.

The “solution” here is, of course, very simple – just gently push the battery back into its compartment. The most annoying part about this very simple issue is just how easy it is to miss it while trying the many different solutions below.

2. See if the power cables are properly plugged in

If either of these connections has come loose, your battery won’t be charging. The two connections with the AC charger brick are easy to miss as people usually forget about them being there. 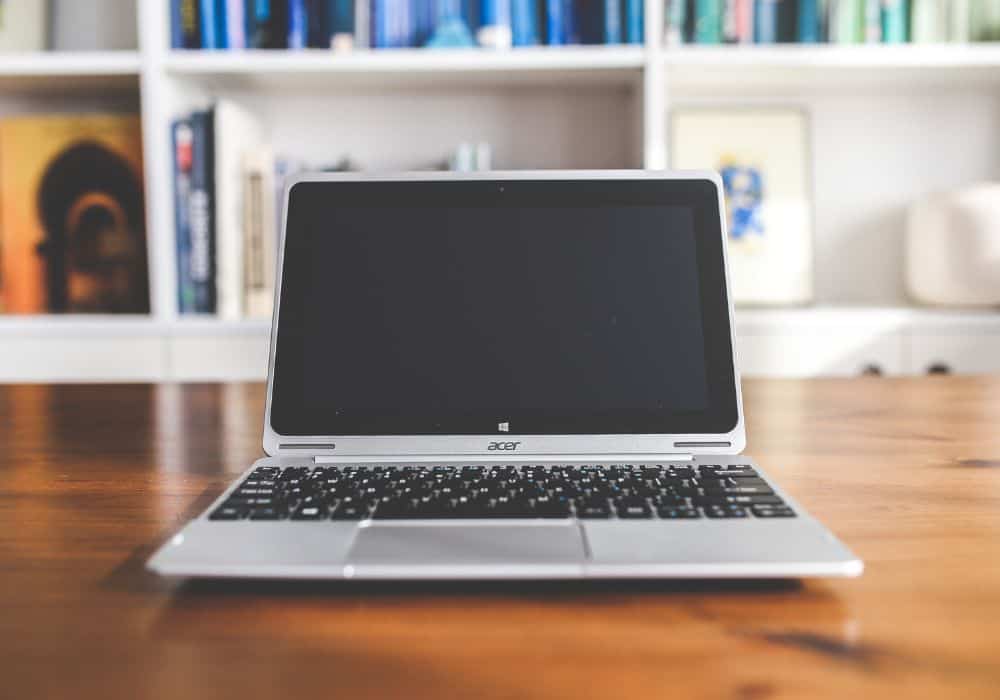 A very easy thing to also try is to just plug the charging cable in a different wall outlet for a second. If it turns out that the problem wasn’t in your battery, laptop, charging cable, drivers, or anything similar but instead was a blown electrical socket or fuse, then plugging your laptop somewhere else will solve that issue.

Of course, having to deal with a blown fuse or power socket is a pain in and of itself but at least you can get your laptop back running again by simply plugging it in somewhere else first.

4. See if the power cable is connected to the right port

The next thing to check is whether the power cord has actually been plugged into the right port. Your laptop’s contact points can come in many shapes and sizes and we usually don’t expect different cables to fit into different ports but they sometimes do.

A common example is the cross-platform USB-C port many laptops have that can be used both for data transfer and battery charging. Depending on your model, however, the USB-C ports meant for data transfer may have been made incapable of charging so plugging your power cord there wouldn’t do you any good.

Continuing with the topic of improperly plugged-in laptops, another possibility is that every plug is where it should be that there has been too much dust and dirt accumulation in the charging port or on the cable’s jack for a proper connection to be made.

This is an easy issue to overlook as we usually don’t need to clean dust off cables’ jacks. However, in the rare cases that it’s necessary, this can be a very frustrating thing to overlook – many of us have spent hours updating drivers and BIOS or going to repair shops just to eventually realize that there’s been a poof of dust in the charging port.

6. See if the laptop is overheated

A more unfortunate cause for your laptop’s battery not recharging could be that your laptop has overheated and has caused the battery sensor to malfunction. When that happens, the sensor can easily start “thinking” that the battery is full even when it isn’t or that it’s missing even though it’s right there. In both cases, your battery won’t charge cause your laptop won’t know that it needs to.

The fault, in this case, isn’t in the battery or the sensor, however, it’s the overheating which is likely caused by something else – poor ventilation due to dust and debris accumulation inside the laptop’s vent is the first thing to check.

While you’re doing that, turn the laptop off and let it and the battery cool down. Once cool, the battery sensor will likely start working properly and will let your battery recharge. You will still need to fix the overheating problem after that too, however, as battery problems will be the least of your worries if you don’t.

7. Are you using the proper charger?

A less common problem is that you might be using the wrong AC power adapter for your laptop. The reason why that’s rare is that laptops typically come with the right power cable for them.

If there has been a packaging mistake, however, or if you’ve got a second-hand laptop, or even if you’re just knowingly using someone else’s charger for some reason, the issue could simply be that the charger isn’t powerful enough for your laptop’s needs.

For example, your Acer laptop likely needs 45 watts of power or more from your charger. So, if you’re using a weaker charger, your battery won’t be charging at all. 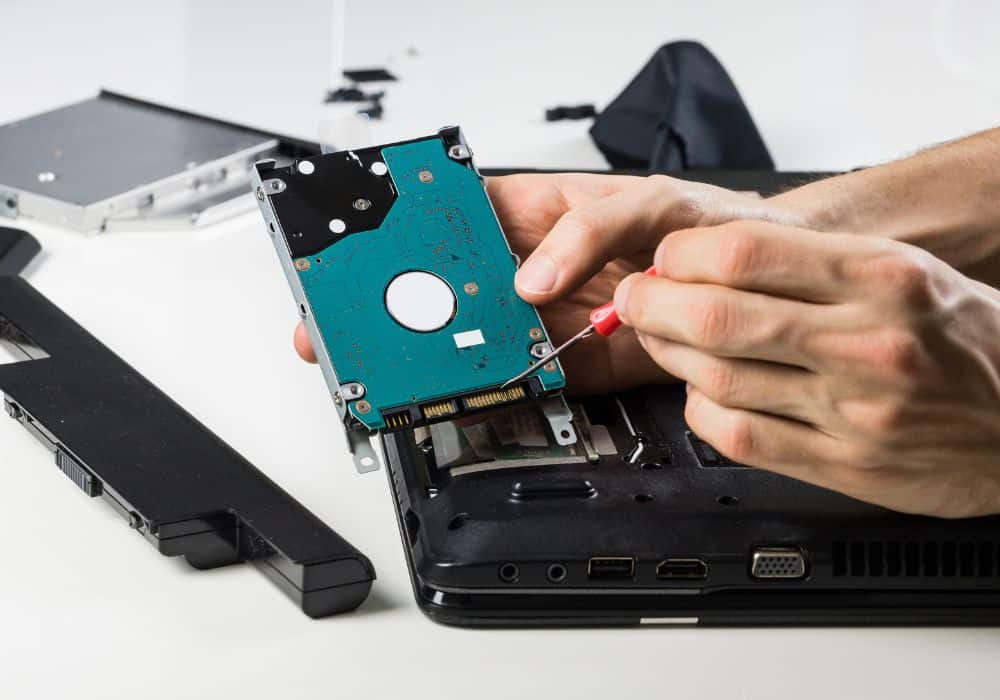 If none of the above issues seems applicable, you can always also go for the tried and true trick of restarting your laptop. If the charging issue was coming from a small temporary glitch, booting the system up will be likely to fix it right away.

If you can’t restart the laptop from the Start Menu, just hold the power button down for a few seconds and that will turn the laptop off. Then, just wait a few seconds and press the button again. If that fails too, for some reason, your Acer laptop should have a reset pinhole somewhere around the power button – just gently stick a needle in the pinhole and press to power cycle your device that way.

If there are issues, you can always try a third-party driver updating program, look for drivers on Acer’s website, or contact tech support.

The next thing to try is a BIOS update. BIOS stands for Basic Input/Output System and that’s what manages the connection between your laptop’s operating system and its hardware devices.

Many people are afraid to tinker with the BIOS and that’s understandable. If you’re up to it, however, getting a new BIOS version can easily be what fixes your battery charging issues.

To do that, just go to the support page on Acer’s website, look for your model’s section in the menus, and download the right BIOS update. If you’re having trouble orienting yourself you can always use the in-site support or contact them by phone. 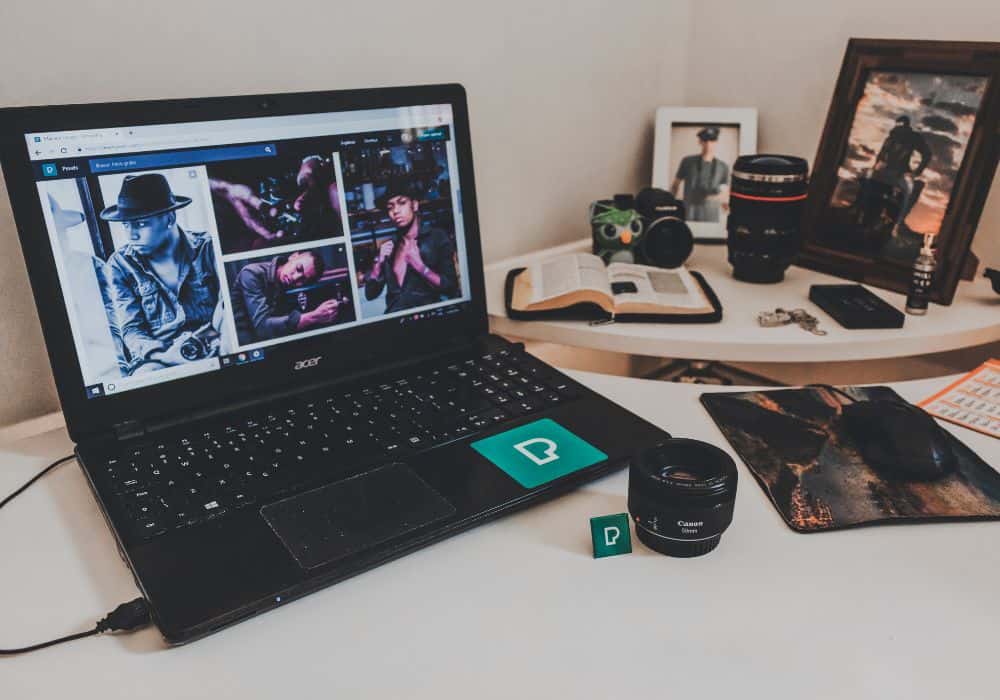 Going to a physical tech support store is always a pain as it takes a lot of time and usually ruins your work plans for the day. So, you might want to double-check the 10 options above first and maybe call the Acer tech support too before going on-location.

12. If all else fails, you may need to replace the battery

We would still recommend going to a repair shop before buying a battery replacement as there might be something you’re missing. But, if you have indeed exhausted all other possibilities, sometimes even an Acer laptop’s battery may need to be replaced.

In conclusion – what to do if the Acer battery is not charging?

There are a lot of possible issues that may cause your Acer laptop’s battery to stop recharging. As a result, there are even more possible solutions for you to attempt. This can seem annoying at first but, fortunately, most problems are fairly easy to fix. If you have the misfortune to be dealing with a more significant issue you may need to visit a repair shop or get a new battery but that’s fairly rare.