Skip to content
UniEnergy Technologies » How to Change a Battery in a Fitbit? (10 Detailed Steps) 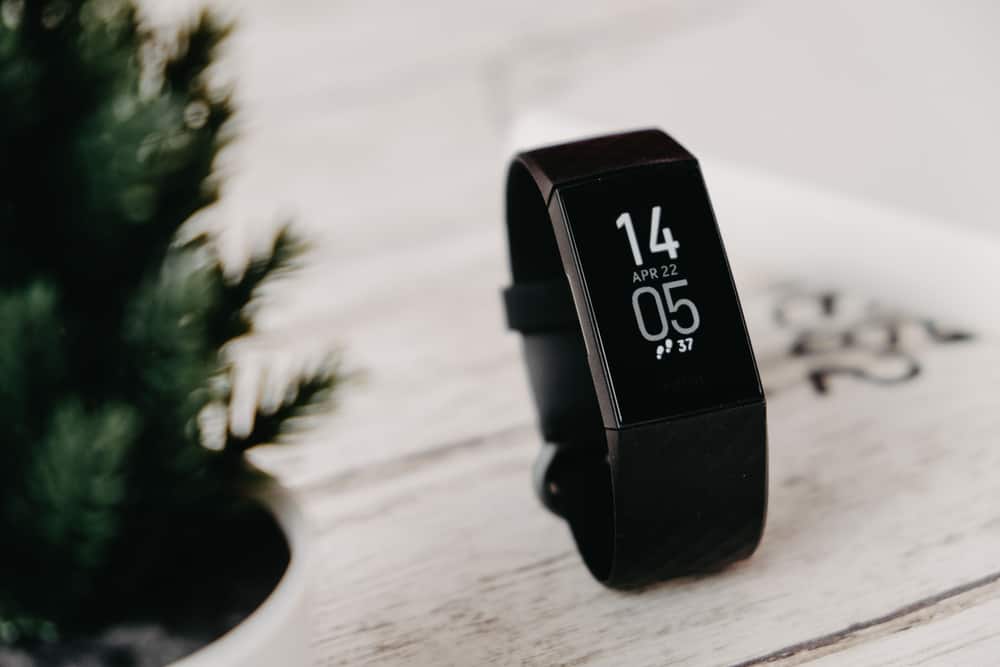 Have you noticed your Fitbit battery not holding charge as well as it used to? Perhaps it won’t even turn on or stay on when it is unplugged. When that happens, it is usually a sign that your battery has worn out. Like all battery-operated devices, they have a limited battery life.

When your Fitbit runs out of battery, is it possible to replace it or do you need to replace the whole fitness tracker? And if it is possible, how do you change a Fitbit battery?

We answer these questions and more in this article, so read on to find out about changing the battery in a Fitbit.

Can You Replace Fitbit Battery?

The advice from the company is not to replace the battery in a Fitbit. However, it is possible to do this. The only exception is the Fitbit Versa because it has an inbuilt battery. Changing a Fitbit battery is more difficult than changing the battery of, for example, a normal wristwatch.

Why Does The Battery Need Replacing?

All rechargeable batteries have a specific number of times they can be charged. Each charging cycle, which means the battery charging and then discharging, decreases the battery’s capacity to store energy. After you reach the maximum charge cycles for that battery, it will no longer hold charge or power the device.

How to Change a Battery in a Fitbit? 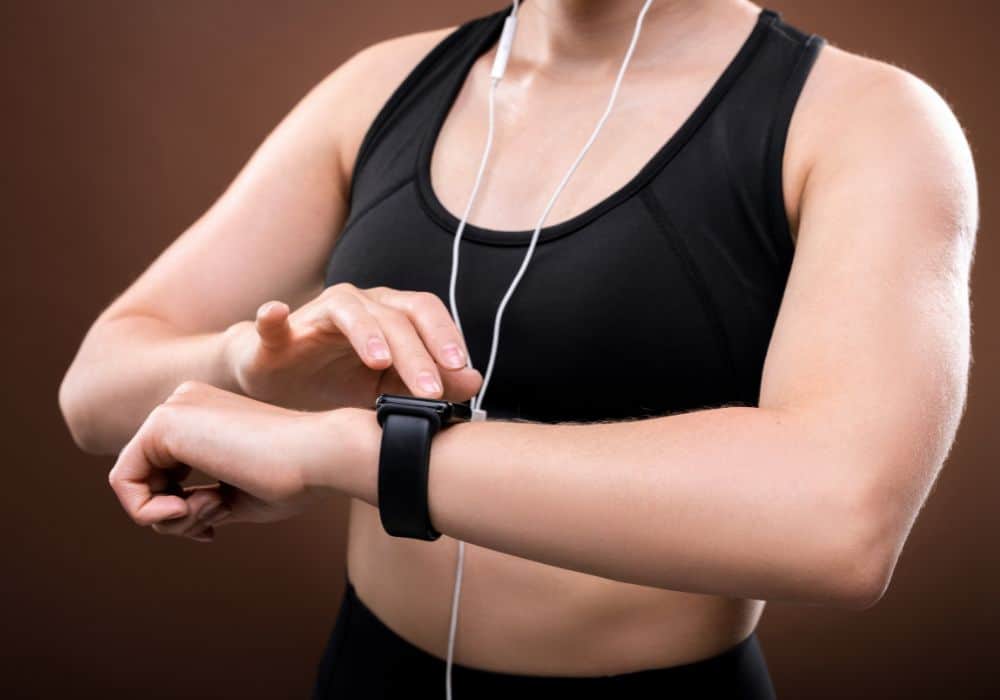 If you would like to go ahead and replace the battery in your Fitbit, follow the steps below. You will need between 45 minutes and one hour to complete the change. The battery-changing process requires you to expose the internal components of the Fitbit so work with caution.

You will need to desolder the old battery to disconnect it and solder the new battery in place. If the soldering is not done correctly, your Fitbit may not function again. The functioning of the Fitbit will also be affected if the motherboard is exposed to prolonged heat.

Tools You Will Need

You will need the following tools to change the battery in your Fitbit.

Begin by pushing the tweezers between the screen cover and metal casing at one of the corners of the battery casing. Wedge the casing and the cover apart. Repeat with the rest of the corners.

You may need to use a lot of force to separate the casing and the screen cover. The razor blade can be helpful here. You can slide it along lengthwise where the cover and casing meet. Note that on some Fitbit models, you may need to unscrew the screws on the back of your device first.

Lifting the screen will expose the motherboard. You now need to remove the screw in the center.

You will notice two hooks holding the motherboard in place. The screen of the Fitbit opens to the left, so use your finger to slide the motherboard to the right by gently pressing down on it. This will free it from the clips and allow you to lift the board.

Make sure not to pull the motherboard out completely as it is still attached to the casing with wires.

When you have lifted the motherboard out of the way, you can locate the battery on the bottom left. Use the tweezers to lift the old battery. An adhesive is used to hold the battery to the casing, so use the same method you used to lift the screen to lift the battery. 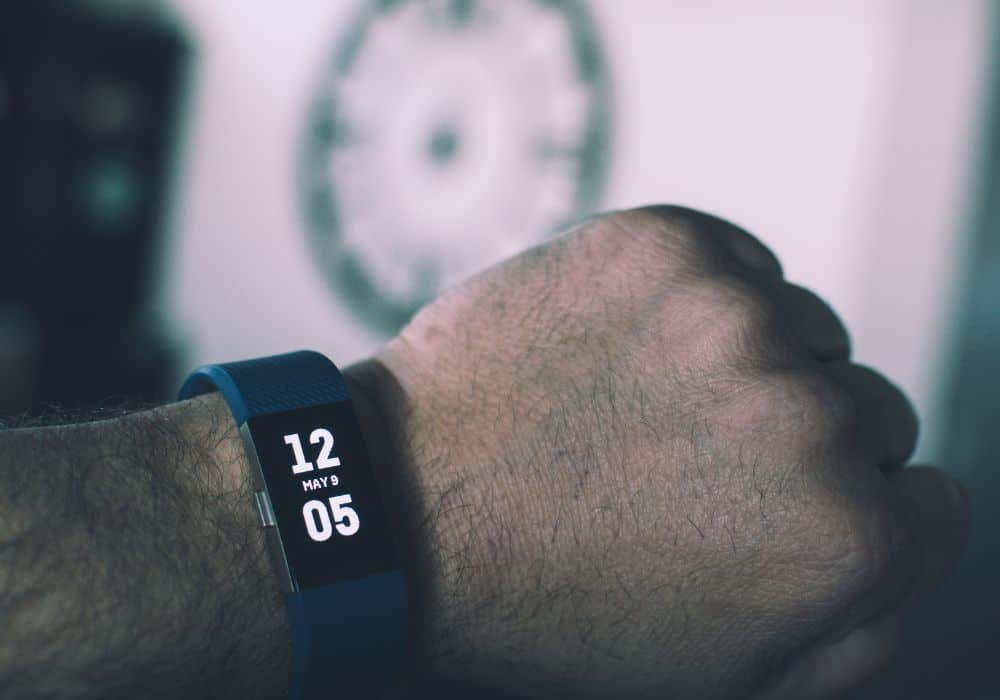 The next step is to disconnect the battery from the motherboard. You will need to use the soldering iron to melt the solder that connects them. Remove the old battery.

You are now ready to attach the new battery to the motherboard. Prepare the new battery by cutting its wires to the desired length. Next, strip the casing off the ends of the wire to expose the metal. Use the razor blade to cut the plastic casing.

You now need to solder the replacement battery to the motherboard. Before you solder, check that you are connecting the wires correctly or your Fitbit will not work. When the new battery is in place, connect the device to a power source for at least twenty minutes to check the replacement is correctly connected before putting it all back together.

Make sure to match the gold hook on the motherboard to the gold plate on the cover when replacing the screen cover. Use both hands to apply even pressure to press it down. Uneven pressure may cause the screen to crack. When you have finished putting your Fitbit back together, you can charge your device.

What if You Don’t Want to Replace The Battery Yourself?

Since the procedure for changing a Fitbit battery is not straightforward and requires soldering skills and tools, you may prefer not to change it yourself. In that case, you can take the device to a repair shop. However, not all shops will be prepared to change a Fitbit device’s battery because strictly speaking, they are not meant to be replaced.

Things to Try Before Replacing The Battery

If your Fitbit is no longer charging or holding the charge, there are some things you can try before you replace the battery. Checking all the possibilities will ensure that the issue is definitely with the battery and not with something else. Here is a list of things you should try. 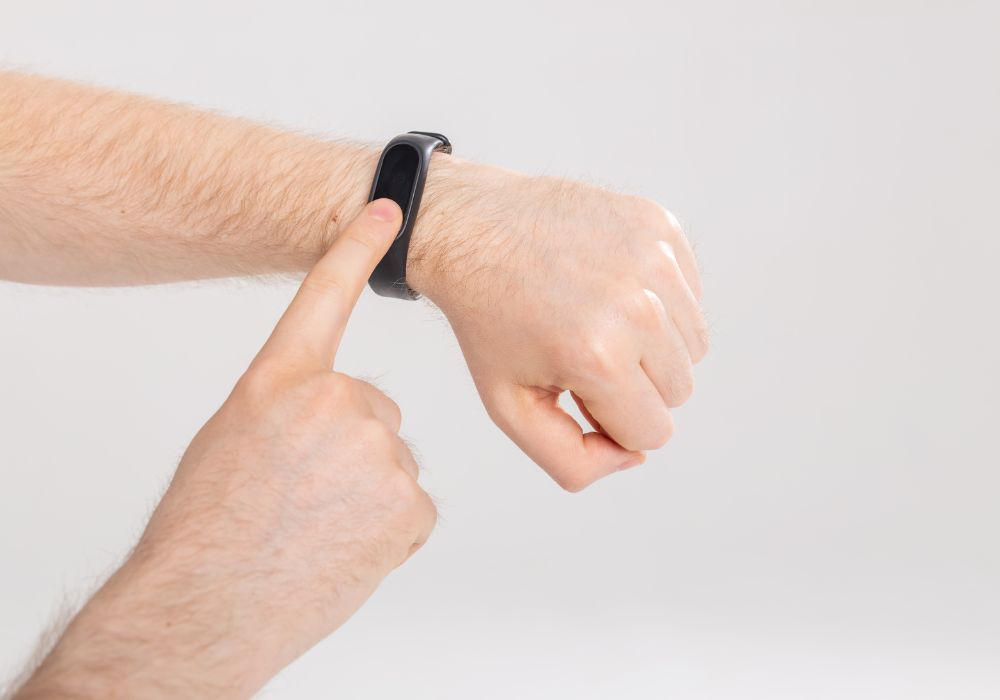 Can You Make The Battery Last Longer?

While the battery will eventually run out, as all batteries do, there are some things you can do to extend the Fitbit Device’s Battery Life.

Fitbit batteries last for several years, depending on how much the tracker is used and how many charging cycles it is put through. When the battery runs out, it is possible to replace it. However, this is not recommended by the manufacturer.

We hope our article has helped to clarify your options and how to change a battery in a Fitbit. If you would like to see how the replacement is done, we recommend this video. Should you have further questions about the topic, you can write them in the comments section.